10 Best Things to Do in Martinsburg, WV 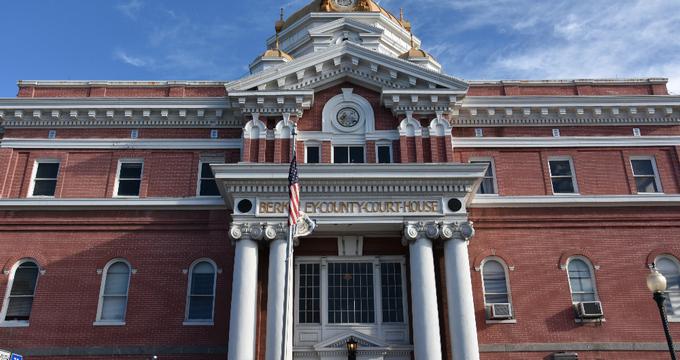 Martinsburg is the charming county seat of West Virginia's Berkeley County, located within the gorgeous Shenandoah Valley on the tip of the state's Panhandle area. The city, which is the largest metropolis on the Eastern Panhandle, is best known as the home of the stunning preserved Martinsburg Roadhouse, the nation's only remaining cast-iron-framed railroad structure of its kind, which is open to the public for guided tours weekly. Historic homes with Civil War connections abound, including the Belle Boyd House, which preserves the childhood home of the infamous Civil War spy with ties to Stonewall Jackson. CDC information for travelers. Hours/availability may have changed. 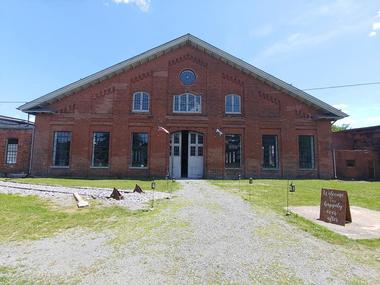 Martinsburg Roundhouse preserves the historic B&O Roundhouse, the only cast-iron-framed railroading structure of its kind still standing today, which was constructed in 1866. The roundhouse, which is located along the banks of the charming Tuscarora Creek, was designated as a National Historic Landmark in 2003 and listed on the National Register of Historic Places for its cultural significance, including its role in the National Labor Strike of 1877, a response to wage cuts to Baltimore and Ohio Railroad employees. Though its surrounding shop buildings closed in the 1980s, the roundhouse continues to be open to the public today as a living history attraction, offering guided tours each Saturday during the morning and afternoon hours. 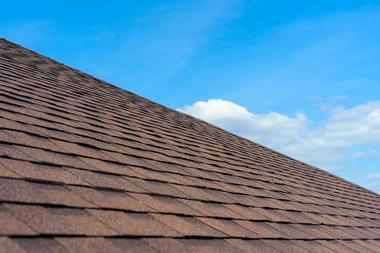 Belle Boyd House preserves the historic childhood home of famed American Civil War spy Belle Boyd, who infamously supplied information to Stonewall Jackson about enemy activities during the course of the war. Boyd spent part of her childhood in the 1853 home, which was developed into a rental apartment building in the mid-20th century. In 1992, it was saved from demolition by the Martinsburg City Council and restored to its historic glory by the Berkeley County Historical Society. Today, it operates as the Berkeley County Museum, restored to the Victorian style it would have been decorated in in the late 19th century. Visitors can tour the historic home as part of guided or self-guided tours of the home, which showcases recreated rooms and exhibits on Berkeley County history.

You are reading "10 Best Things to Do in Martinsburg, WV" Back to Top 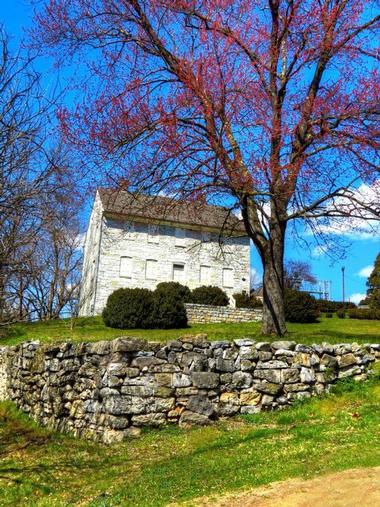 The Adam Stephen House is an historic home in Martinsburg that was originally constructed between 1772 and 1789 as the home of Revolutionary War General Adam Stephen. The shaped limestone home, which sits atop a prominent stone ledge overlooking the city, stands two and a half stories tall and features two stone and log outbuildings. Though it fell into near-ruin in the mid-20th century, it was restored to its historic glory in the 1960s by the General Adam Stephen Memorial Association and opened to the public as a living history museum. Unique features of the home include a natural cave located underneath its basement, which has been excavated and is open to the public for guided tours. Other attractions at the site include the Triple Brick House, a National Register of Historic Places-listed building from the 19th century that once served as a dining car kitchen for the B&O Railroad.

You are reading "10 Best Things to Do in Martinsburg, WV" Back to Top 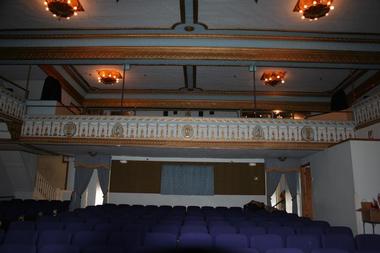 The Apollo Civic Theatre is a National Register of Historic Places-listed theater that was opened in 1914 as a silent film and vaudeville theater. The theater, which was designed by architects Reginald Geare and Chapman E. Kent, has been a focal point of the Martinsburg community's cultural scene for over a century, serving as a town cinema throughout the mid-2oth century before it fell into disrepair. During the 1970s, it was revived as a live theatrical performance venue, hosting area groups such as the Martinsburg Little Theater, which now owns and operates the facility as a playhouse today. Today, six live productions are mounted at the theater by the company each year, including musicals, comedies, and dramas. Children's theater performances are also showcased, along with talent shows, scholarship pageants, and seasonal film showings.

You are reading "Fun Things to Do in Martinsburg, WV this Weekend with Friends" Back to Top or More places to see near me today, Weekend trips 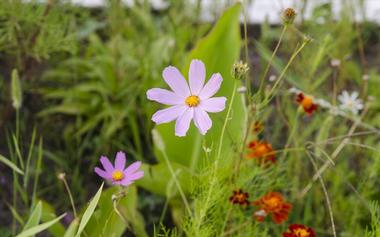 
Yankauer Nature Preserve is a beautiful 104-acre nature preserve in Berkeley County, located just north of the city of Shepherdstown a short drive from Martinsburg. The preserve, which is overseen by the Potomac Valley Audubon Society and the Nature Conservancy, protects historic farmland overlooking the banks of the gorgeous Potomac River waterfront. Lovely forested areas are home to more than 100 bird species and nearly 200 types of native flora, including beautiful spring wildflowers that bloom in meadow areas. 2.4 miles of hiking trails are offered throughout the property for visitor use, marked with interpretive signs detailing area flora, fauna, and landscape traits. A bird watching station is also open to the public, along with several pollinator gardens and a spacious outdoor pavilion.

You are reading "What to Do in Martinsburg, WV this Weekend" Back to Top or More places of interest in, Things to do near me 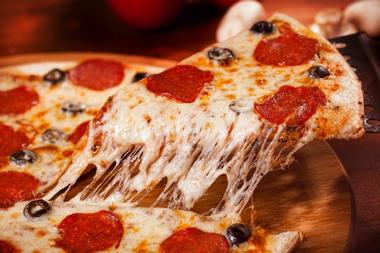 
King's New York Pizza is a delightful Italian restaurant chain operated the Colandrea family since 1998, offering six locations throughout West Virginia's Panhandle region, including a location in Martinsburg. The authentic Italian chain produces all of its ingredients from scratch onsite daily, including homemade pizza and spaghetti sauces, pizza and lasagna doughs, and rich creamy alfredo sauces. Lunch and dinner is served up six days a week at the Martinsburg location, showcasing traditional Italian fare, including Sicilian and New York-style pizzas in several sizes for sharing. Pizza favorites range from classics like margherita and meat lover's to specialties like Hawaiian, cheese steak, and chicken parmesan. Diners can also choose from a plethora of sub, stromboli, and calzone options, along with classic Italian dishes like veal parmigiana, lobster ravioli, and fettuccine alfredo.

You are reading "Top Romantic Tourist Attractions in Martinsburg, WV" Back to Top or More must do for couples, places to visit this weekend 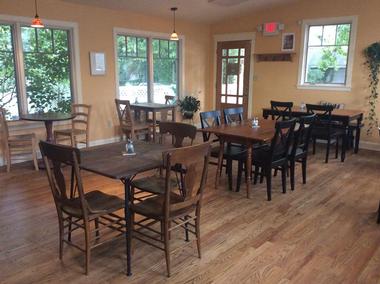 Good Natured Collective is a charming plant-based cafe serving up unique vegetarian, vegan, and gluten-free fare throughout the week in its current space since 2010. The restaurant, which is helmed by Jacob Smith and India Watson, serves up eclectic small and large plates at lunch hours, including hearty sandwiches filled with unique toppings like coconut barbecue tofu, jackfruit mock tuna, and roasted butternut squash. Diners can choose from health-conscious bowls stuffed with ingredients like lentil sausages and portabella mushrooms, served up alongside starters like housemade hummus platters and nut burger sliders. An adjacent natural market sells supplements, health food products, bulk herbs, and organic wines.

You are reading "What is There to Do with Kids in Martinsburg, WV" Back to Top or More tourism, attractions for couples, food, things to see near me today 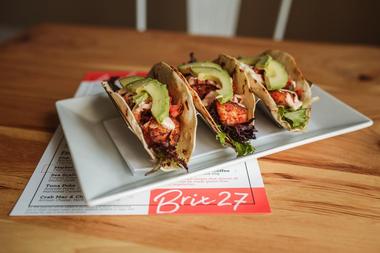 Casa Visone is a full-service Italian bistro in the heart of downtown Martinsburg, owned and operated by restaurateurs Francesco and Eva Visone. The restaurant is named for the Italian word for "home," inviting diners to enter into the couple's intimately-crafted space and become part of the family for the evening with their meals. Traditional Italian classics are served up throughout dinner hours, including favorites like veal piccata, spaghetti con porcini, and salmon gamberi with lemon wine sauce. Creative house specialties range from black squid ink linguine with sun-dried tomatoes in white wine butter sauce to fettuccine alfredo tossed with asparagus and grilled chicken.

"Best Things to Do in Martinsburg, WV for Locals & Tourists - Restaurants, Hotels" Back to Top or Beautiful places near me, Restaurants for breakfast, Travel guide 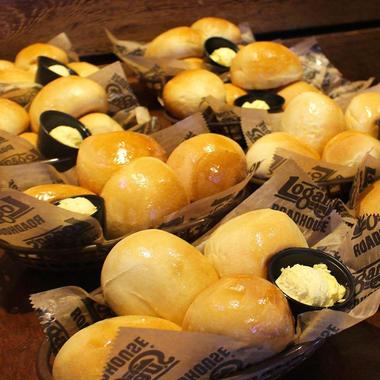 Logan's Roadhouse is one of America's favorite steakhouse chains, offering more than 100 locations today throughout the nation, including a location in downtown Martinsburg. The restaurant, which was founded in Kentucky in 1991 by restaurateurs Charles McWhorter and Dave Wachtel, serves up mesquite-grilled-fired steak and seafood entrees in a laid-back, traditionally American dining environment. Diners can select from renowned signature entree offerings like St. Louis-style spare ribs in bourbon barbecue sauce, filet and shrimp combo platters, chili-lime wood-grilled salmon, and Southern fried fish in cornmeal breading with tartar sauce. Create-your-own grill combos are also served up, along with a selection of hearty burgers and sandwiches. Shareables range from buffalo hot wings and overloaded sweet potato fries to the restaurant's signature Bacon On A Stick appetizer, which smokes half a pound of bacon in brown sugar glaze for 12 hours.

What is there to do near me this weekend, breakfast places near me that are open, inexpensive things near me: Carmel, WA, UT, MN, Chicago, NE, NV, NH, NJ, NM, Kirkland, Taos, SoCal Camping, West Palm Beach, LA Beaches, Things to Do in Moab

10 Best Things to Do in Martinsburg, WV

You are reading "10 Best Things to Do in Martinsburg, WV " Back to Top

5 Best Things to Do in Bluefield, WV