10 Best Things to Do in Hayward, WI 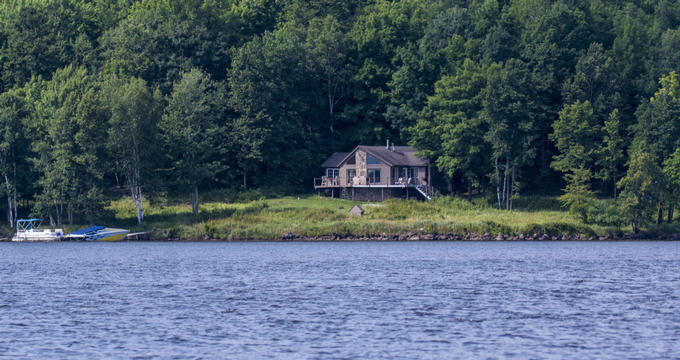 As one of Midwest America’s most well-loved vacation destinations, especially for fishing enthusiasts thanks to its abundance of stock, the city of Hayward offers an opportunity relax in one of the most tranquil cities in the state of Wisconsin. The city features large lakes and miles upon miles of scenic woodland and nature trails for both novice and experienced hikers. Public events, such as the Lumberjack World Championship and the Sawyer County Fair are thrown throughout the year. The city is accessible via Highway 63, Wisconsin Highway 27, and Wisconsin Highway 77 and the Sawyer County Airport. CDC information for travelers. Hours/availability may have changed. 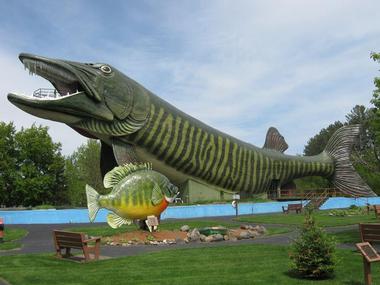 The six-acre plot which is home to the Freshwater Fishing Hall of Fame was initially developed in 1960, although construction work continued until 1976 until 7 buildings, covering an area of 25,000 square feet, had been erected. It plays host to approximately 100,000 visitors per year and is best known for its incredible Muskie statue which measures in at a whopping 143 feet in length. The lower jaw of the fish serves as an observation deck for up to 20 individuals and is occasionally used as an event space as well. Whilst the Hall of Fame contains written accounts of the record-holding freshwater fish, the museum itself is home to exhibitions featuring 400 mounted fish and 300 freestanding outboard motors. 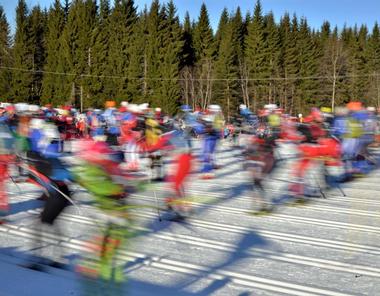 Every year in February, roughly 10,000 skiers take part in the Birkie skiing event, which has been running for over 45 years on an annual basis. It is the largest, longest and most popular North American cross country skiing race and is made up of two distinct parts; a 55km classic race and a slightly shorter 50km freestyle event. One of the main features of a Birkie race is that it symbolizes a survival situation; skiers must also carry a pack containing the equivalent weight of an eighteen-month-old child and additional food, survival gear and warm clothing, which distinguishes this event from any other standard race.

3.Out of the Woods Winery 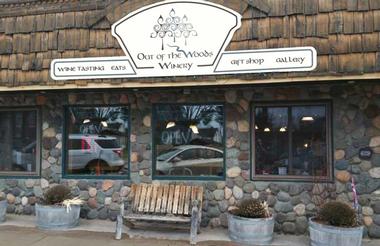 © Out of the Woods Winery

Not so long ago, the old winery at 10588 Main Street was under different management and known by a different name: the Hook Stone Winery. However, with the passing of the previous manager, the winery was saved from being forgotten by the McLaughlin family and rebranded as the Out of the Woods Winery. Today, they offer wine tasting from their vast selection of worldwide, delicious wines, ciders, and meads—by the glass or by the bottle.They also offer nibbles and a small food menu for those who are feeling a little puckish. Simply put, they provide great food, great wines, and great company, all for a great price.

The Park Theater was originally opened in 1948 and it served as a gateway to Hayward for over sixty years. Historically, it had always been a movie theater, with its first ever showing being for the Technicolor film, Romance on the High Seas. However, for the last ten years, the theater has been rebranded and has instead been promoting the performing arts by providing a center and home-base for local performance groups. They specialize in educating the community as to the importance of the arts, especially in regards to embracing multi-cultural themes and ideas. The theater is now used frequently as an area for exhibiting local visual arts.


At Northwood’s Humane Society, they’ve made it their mission to provide a sheltered and caring home for abandoned and unwanted animals, and to find them the perfect forever home that they deserve. The society works tirelessly to train and socialize timid and naughty animals and, where necessary, provide medical care to bring them back to full health. They are thrilled to accept volunteers to help with the running of such a large commitment, and the society runs its own fabulous thrift shop which provides the main source of income. Filled to the brim with affordably priced treasures, it is the perfect place to bag a bargain.


Fresh, homemade Italian cuisine is at the heart of the specialty menu on offer at the Italia Ristorante. They run their warm and cozy restaurant on the motto of, “Don’t eat to live, live to eat!” and all of their food lives up to the exceptionally high standard that such an adage stipulates. Both owners are passionate about bringing the delight of seasonal, locally sourced ingredients to the people of Hayward. That is why they put their heart and soul into everything that they do, an approach which creates a warm environment and a friendly and authentic Italian style service.

Sitting comfortably in the middle of Hayward’s busy main street, Angler’s Bar and Grill serve a little bit of everything. Selling delectable and juicy burgers, homemade pizzas and specialty Mexican dishes, they can cater for many tastes and preferences. The bar was founded in the early 1930s as a basement bar, with a garage-come-gas-station on the ground floor. It wasn’t long before the gas station was remodeled as an extension of the bar and bowling alley (the same alley that is featured today). Later, in 1978, construction began on the outdoor beer garden and increasing the availability of indoor seating. The bar and grill was then purchased in 2017 by Pat and Billie Sabin for their thirtieth anniversary, and they now run it with the hope of continuing the rich legacy of the Anglers name. 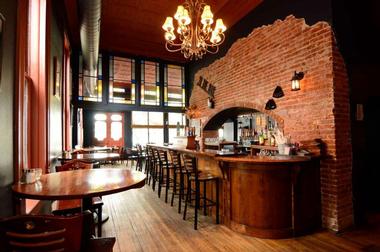 Offering a casual dining experience in their 1889 built restaurant and brewery, the Angry Minnow takes pride in the heritage of their building and the service which they can provide in the modern day. Their bar offers a selection of their finest homemade beers, from Honey Wheat to McStukie’s Scotch Ale. Meanwhile, their cozy restaurant offers a variety of frequently changing dishes at lunchtime and dinnertime to tantalize even the fussiest of taste buds, with daily specials available as well. The property itself features a number of its original features, including the original exposed walls, archways, and high ceilings that were considered desirable in properties at the time of its creation.

The Ranch Supper Club has been renowned for its exceptionally high-quality cocktails, food, and service since its inception back in 1931. It has seen a number of different owners since those days, but it’s safe to say that each has placed their own mark on the property—and none more so than Vivian Levinson, who introduced the iconic herd of bison, deer and sway back horse to the grounds of The Ranch. The most recent owner of the club is Hayler Bochler, whose family owned the restaurant before her and from whom she gained her own love of good food.

The Chippewa Inn is run by Tom and Debbie Landrandgrad, who initially named the little tavern De-Shanty. They founded it with the intention of providing a safe space for the people of the local community to catch up and spend time with one another, re-establishing community bonds. It is nowadays known for having the best steak in the area and a passion for growing calves slowly and over a longer period of time to produce a truly divine flavored meat. Moreover, they update and refresh their restaurant’s main menu on a frequent basis in order to help keep things feeling fresh and exciting.

10 Best Things to Do in Hayward, WI

Things to Do in Madison: Wisconsin Veterans Museum