12 Best Things to Do in Middleton, WI 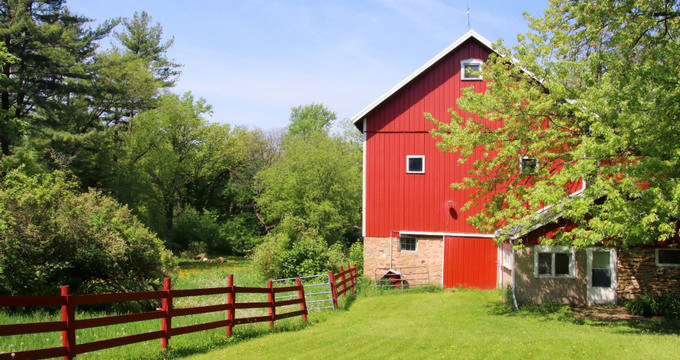 Middleton, Wisconsin is known as the ‘The Good Neighbor City.’ It’s a small and inviting town with a strong cultural heritage. Outdoor activities include an extensive trail system, a nature conservatory, and two farmers markets. There is a free trolley that takes visitors around town to experience award-winning restaurants, breweries, and local shops. For recreational fun, there is a town theatre that performs plays and musicals, a Middleton history museum, and a communal style cafe for socializing and making new friends. 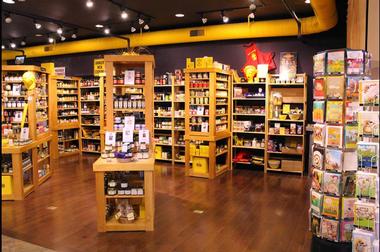 The National Mustard Museum opened its doors in 1992, and has since become an iconic treasure both locally and nationally. Barry Levenson, founder and curator, received inspiration to establish this museum on the evening of October 28, 1986. This was the night his favorite baseball team, the Boston Red Sox lost the World Series. While walking through the market, he passed by a collection of mustard's and heard a voice say, “if you collect us, they will come.” To date, the Mustard Museum has been featured on The Oprah Winfrey Show and Jeopardy, to name a few. Admission is free and visitors can view over 6,000 mustard's from all 50 U.S. states, and 70 plus countries.

The Pope Farm Conservancy is a 105-acre park located in Middleton, Wisconsin. The Art Pope family was instrumental in the conservation of this farm. And in 2006 the park opened for visitors, and has become an ideal field trip by local grade school students. The farm offers panoramic views of Lake Mendota, Black Earth Creek valley and the Capitol. Precious wildlife and landscapes are protected by the conservancy and include several prairie restoration projects and a variety of crops, such as the beautiful sunflower fields. Another piece of the farm that serves as an educational component for young learners is the Native American garden. Entrance is free and the conservancy is open year round.

Pheasant Branch Conservancy has two primary restoration efforts. They include preserving the natural habitat and educating locals about its resources. Nearly the entire staff are volunteers who have successfully increased the number of bird species and overall bird population over the last eight years. As such, the conservancy is an idyllic location to bird watch and take photos. Other noteworthy accomplishments include the two viewing platforms constructed in the 1990’s with the help of community donations and volunteers. One platform features sweeping views of Lake Mendota and the other features views of Pheasant Branch Springs. The conservancy is about 550 acres and is home to a wide variety of habitats. It contains wetland meadows, lowland forests, dry prairies, and an oak savanna. 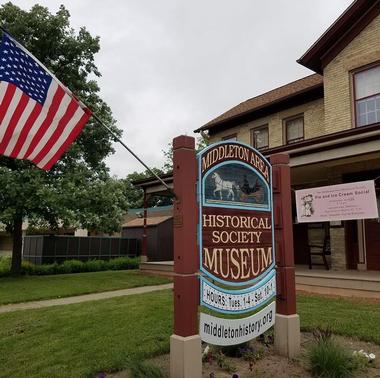 The Middleton Area Historical Society became a town staple in 1972. It started inside the City Hall basement to preserve the history of Middleton and the surrounding areas. Additionally, other objectives of this Society included record keeping of significant events, and honoring past residents who helped shape the town and its community. By 1989, the organization outgrew the small basement and relocated to the historic Rowley House on Hubbard Avenue. Thanks to a personal donation by Gilsie Techman, a long-time resident, this move was possible. A few decades later, a second museum opened in 2010, called The Museum at the Depot.


N & N Electric is a family owned and operated business that has more than 15 years of experience as a licensed electrical contractor. Their electricians specialize in providing services for new construction, remodels and general service work in residential homes throughout Dane County. Some of their services include installing smoke detectors, fire alarm systems, interior and exterior lighting, rewiring, and adding new circuits. Their specialized services include adding custom lighting features, installing electrical charging stations and smart home technology. They received the prestigious titles of “Top Rated” and “Elite Service” by Home Advisor. N & N Electric also has an A+ rating with the Better Business Bureau.


Middleton Players Theatre is a neighborhood theatre that brings musicals, comedies, dramas and other productions to stage for members of the Middleton community. Volunteers from Middleton High School have played and continue to play an important role in the operation of the yearly productions. In its 25 year history, close to 40 shows have taken stage by local and national actors, singers, and musicians at this theatre. Because of the many successful performances put on by the Middleton Players Theatre, BroadwayWorld.com and other organizations recognized them for their significant contributions to theatre and to the arts.

Capital Brewery, also known as ‘Middleton’s Backyard’ became established in 1984. Their first beer, a pilsner, was brewed in 1986. From that point forward, Capital Brewery set out to brew traditional German lager beer. Since the spring of 1986, they have expanded their offerings and have incorporated American style ales, barrel aged beers, and an assortment of IPA’s into their menu. Every April through October, patrons can sit in the Bier Garten and listen to live music or take part in other entertainment events. During the winter months, the indoor Bier Stube and Grain Room host customers. To tour the brewery, book a reservation online through the Capital Brewery website.

Craftsman Table and Tap is an European-style tavern that includes modern and industrial design elements. The interior is warm and cozy, allowing guests to feel welcome and at home. The restaurant pays homage to all the craftsmen and craftswoman who honed their skills using hard work and dedication. With these ideals as inspiration, the food and beverage menu came to be. They incorporate the highest quality craft beers, exquisite cocktails and spirits, and delectable locally-sourced food to provide a lovely dining experience for customers. Beer connoisseurs have 18 craft beers and more than 24 bottled beers to choose from.

The Stammhouse has a very rich history in Middleton. In 1847, it was built as a service store, but by 1852 it became a hotel and tavern. Even more than a hotel, it might have doubled as a way station for the Underground Railroad. The hotel and tavern closed in 1910 and reopened as a dancehall. In 1925, Heine Fuller bought the establishment and named it Stammhouse, which is similar to the German word “stammtisch,” meaning “regulars table.” Ownership changed hands many times over the years and in 2013 it was purchased and restored to its original charm. Today they serve traditional American food for brunch and dinner.

The Nitty Gritty was founded in October of 1968 by Marsh Shapiro. During the late 60’s and early 70’s the Nitty Gritty featured live blues music every night of the week. Some of the most famous musicians who performed here include, B.B. King, Muddy Waters, Charlie Musselwhite, and Cheap Trick. In 1985, Nitty Gritty was re-branded as Madison’s official birthday venue. Since then, guests who come to celebrate a birthday are greeted with a birthday bell and song, a birthday board and Gritty memento mug. As of 2018 the number of birthdays celebrated here exceed 725,000. Besides a birthday destination, Nitty Gritty is also the long-time recipient of the ‘Best Burger of Madison’ award.

Long Table Beer Café is a restaurant that focuses on community first. As the name implies, the cafe is equipped with a 23-foot long table that seats 22 people. The goal of Long Table Beer Café is for customers to walk in as strangers, but leave as friends. Located in downtown Middleton this cafe is also a bottle shop and tasting room. Besides the one long table, other seating in the cafe is communal and casual. Even more, some of the windows and walls open completely, which bring the outdoors in. It also allows the inside environment to flow freely to the outside patio.

Pizza Brutta serves up hand-crafted wood fired Neapolitan pizzas using house made mozzarella, sauce and crust. The mozzarella is made using Wisconsin curd. To make mozzarella, the cooks take the curd and put it in boiling water, mixed with sea salt. Then it’s hand stretched into mozzarella balls. Tomatoes get sourced from Mt. Visuvio, Italy to make the tomato sauce. And the hand-made crust is thin, yet thick and airy giving it a nice crispy texture. Pizza Brutta buys their wood from sustainable woodsman. And they source their ingredients from local and organic farms in Wisconsin and neighboring states.

12 Best Things to Do in Middleton, WI

7 Best Things to Do in Elkhart Lake, WI

10 Best Things to Do in Green Bay, WI