6 Best Things to Do in Green Lake, Wisconsin 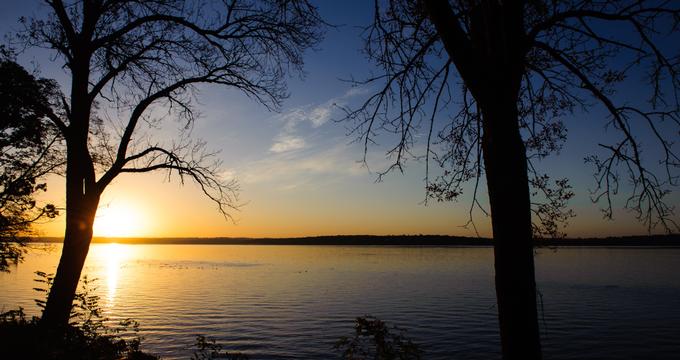 Green Lake is a charming vacation destination located on the northern banks of beautiful Big Green Lake. The town is known as a top area destination for fishing and outdoor recreation during the summer months, offering chances for biking, hiking, golfing, camping, and watersports on its gorgeous waterfront. Lovely public parks populate its downtown district, which is home to delicious restaurants serving up a variety of international cuisine options. The Thrasher Opera House, restored to its historic 20th-century condition in the late 1990s, showcases live music and theatrical performances throughout the year. Certain attractions may be temporarily closed or require advance reservations. Some restaurants are currently offering pickup only. Hours/availability may have changed. 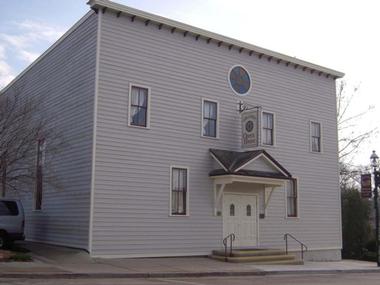 Thrasher Opera House is a gorgeous historic theater in the city of Green Lake, originally constructed in 1910 by architect Charlie Thrasher. Throughout the 20th century, the theater presented vaudeville and traveling theatrical performances until its conversion into a movie theater in the 1920s. Following World War II, the theater fell into decline, but was extensively renovated and restored to its historic condition in the 1990s. Today, it is listed on the National Register of Historic Places and has been designated as a City of Green Lake Historic Structure. Visitors can enjoy a full season slate of performances throughout the year, including live music performances by local musicians.

You are reading "6 Best Things to Do in Green Lake, Wisconsin" Back to Top

Action Marina has been renting personal ski boats, pontoon boats, and watercraft to Green Lake visitors since 2006, known as the region's top full-line Yamaha WaveRunner dealer. The family-operated company is a great choice for visitors looking to hit the pristine waters of Green Lake throughout the year for outdoor recreational opportunities. Customers can choose from a variety of WaveRunner styles, along with pontoon and ski boats, stand-up paddleboards, and kayaks. Drivers can also be hired by the day or by the hour, great for riders with less experience looking for low-stress rides on the water. The Action Marina Pro Shop sells a wide variety of equipment and apparel, including pieces by Green Lake Apparel.

You are reading "6 Best Things to Do in Green Lake, Wisconsin" Back to Top

Christianos Pizza was founded in 1996 by restaurateur Larry Wise, opening its first location in Wautoma. Today, the restaurant offers several locations throughout Wisconsin, including a location in Green Lake. It is named in honor of the name given by Italians to early Christian apostles and follows Christian philosophies of community and gratitude in serving all its patrons. All the restaurant's breads and doughs are crafted onsite each morning, including its hand-prepared pizza and breadstick doughs, which are crafted with real Italian olive oil and unbromated flour. Gourmet pizzas are served up throughout the day, topped with ingredients like roasted red peppers, Italian sausage, provolone cheese, and creamy barbecue sauce. Classic pasta dishes are also showcased, along with hearty sandwich and calzone options.

You are reading "6 Best Things to Do in Green Lake, Wisconsin this Weekend with Friends" Back to Top or More places to see near me today, what to do, weekend trips


Norton's of Green Lake is a lovely family-friendly dining experience on the banks of Big Green Lake, originally opened by Harry and Bud Norton in 1947. Today, it is overseen by married duo Mike and Jill Havey, offers some of the best views of the lake in the region, serving up casual steak and seafood fare throughout the day at lunch and dinner. Diners can enjoy classic steak selections like sirloin, ribeye, and filet mignon, paired with excellent seafood favorites like walleye Almondine, Hudson Canyon scallops, and lobster ravioli. Shareable appetizers range from firecracker shrimp and crab cakes to duck wings drenched in sweet chili sauce and sesame seeds.

You are reading "6 Best Things to Do in Green Lake, Wisconsin this Weekend" Back to Top or Restaurants near me, stuff to do near me


Goose Blind Bar and Grill was originally developed in 1949 as part of the property of Green Lake's Lake View Hotel, originally founded in 1891. The tavern was relocated to a standalone building near the hotel in 1962 and has been operated as an independent restaurant under its current name since 1985. Today, it is known for its delicious homemade pizzas, available in unique varieties such as chicken pesto, taco supreme, and Mexican-influenced Azteca. Clever burgers like the Hangover, topped with applewood bacon and a fried egg, pair with entrees like fish tacos, truffle mac and cheese, and North Atlantic salmon in sweet chili glaze. Shareable appetizers include Wisconsin cheddar curds, smothered nachos, and homemade dough knots.

You are reading "6 Best Things to Do in Green Lake, Wisconsin" Back to Top or More must do for couples, what to do near me, places to visit this weekend

6 Best Things to Do in Green Lake, Wisconsin

You are reading "6 Best Things to Do in Green Lake, Wisconsin " Back to Top

25 Best Things to Do in Sheboygan, Wisconsin

25 Best Places to Visit in Milwaukee on a Date

25 Best Things to Do in Wisconsin Dells, WI