10 Best Things to Do in Oak Harbor, WA 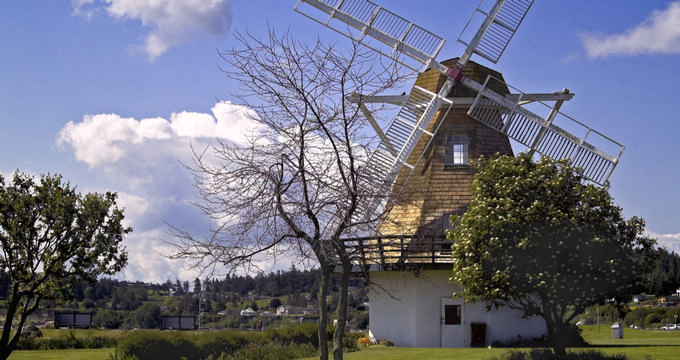 Oak Harbor is a charming coastal community located on Whidbey Island, Washington, about two hours from Seattle. The city was named for the Garry Oak trees that provide pleasant shade and dominate the city skyline. The city has grown dramatically since the building of Deception Pass Bridge in 1935 and the completion of Naval Air Station Whidbey Island in 1942. The largest park in Oak Harbor is Deception Pass State Park, which is famous for its large beaches, three lakes, and spectacular old growth forest. The PBY-Naval Air Museum in downtown Oak Harbor describes the history of the Naval aircraft based at NAS Whidbey Island. Oak Harbor has a vibrant artist community and one of the most prominent art galleries is Garry Oak Gallery, an artists' cooperative.

Deception Pass State Park is a 3,854-acre marine and camping park with over 77,000 feet of ocean shoreline and more than 33,900 feet of freshwater shoreline on its three lakes. The park is spread over two islands — Fidalgo and Whidbey. The islands are connected by Canoe Pass and Deception Pass bridges. Secluded coves, rugged cliffs, magnificent sunsets, and a spectacular high bridge make Deception Pass Washington's most-visited state park. Visitors can fish and swim in Cranberry Lake, search for shells along miles of Puget Sound beaches, trek through forests and along exposed bluffs, look for rare birds, gaze on the wild waters to spot a passing whale or seals, explore tide pools at Rosario Beach, kayak at Cornet Bay, take a stroll on North and West beaches, and enjoy deep shade while hiking through Hoypus Forest, one of Washington's largest old-growth forests.

The PBY-Naval Air Museum is located in downtown Oak Harbor on Whidbey Island in Washington State. The museum describes the history of the Naval aircraft based at NAS Whidbey Island from WWII through today. Exhibits feature a PBY-5A aircraft and a range of interactive exhibits, photos, uniforms, model aircraft, and movies. Flight simulators and a nose gun turret that they can operate are favorites of all visitors young and old. The Oak Harbor part of Naval Air Station (NAS) Whidbey Island was once a busy seaplane base. During World War II, the Consolidated PBY Catalina, an amphibious patrol bomber that was also used for Search And Rescue duties, was flown from the base from 1942 onwards.

Joseph Whidbey State Park is a 206-acre day-use park with 3,100 feet of shoreline on the Strait of Juan de Fuca in northern Puget Sound. The park offers spectacular views of Lopez Island, Victoria, B.C., and the Strait of Juan de Fuca. The park’s main attractions are rolling grass fields, long wide beaches, magnificent hiking trails, and breathtaking views of passing storms, with rolling dark clouds and giant waves crashing on the shore. There is a great trail system that meanders through wetlands, forests, and fields. There are also playing fields and picnic spots with nine picnic tables and four shelters. Camping is available at nearby Fort Ebey State Park.

The Whidbey Playhouse is a volunteer-run non-profit organization dedicated to offering quality theatrical experiences to local audiences. This small community theater in Oak Harbor has been delighting theater-lovers with live presentations for the last 50 years. They also encourage individuals and other cultural arts groups. Since their first production of Madame President in 1966, they have presented numerous musicals, comedies, dramas, melodramas, mysteries, variety shows, youth productions, and original musical reviews. During its regular season, the Playhouse produces five shows, including both plays and musicals. In addition, they offer a full youth theatre program that includes workshops and summer productions. 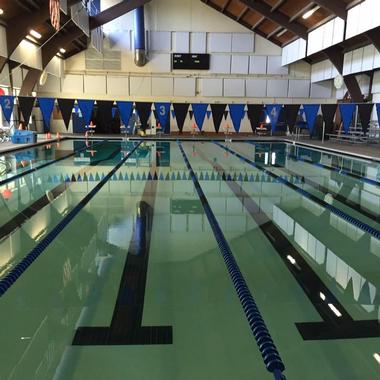 
The John Vanderzicht Memorial Pool in Oak Harbor opened in January 1983 and is managed by the North Whidbey Pool, Park, and Recreation District. Their mission is to provide high quality recreation facilities and programs for residents and visitors of the District. A part of the community center, the main pool is a 6-lane pool that measures 25 meters by 44 feet. There is also a wading pool, which measures 44 feet by 22 feet, a hot tub, sauna, locker rooms with showers, and a shower located on the pool deck where visitors are asked to rinse off before going into the pool. Activities organized in the pool include swimming lessons, water aerobics, swimming team practice, and much more.


Garry Oak Gallery is an artists' cooperative in Oak Harbor on Whidbey Island, Washington. The gallery opened in 2008 with the goal of displaying local art inspired by the magic of the Pacific Northwest. It was Oak Harbor's first major co-op gallery, and it quickly became a part of Whidbey Island’s rich art community. Run by a dedicated group of about twenty-five local artists, both established and emerging, Garry Oak Gallery displays original artworks to both local and visiting art lovers. Garry Oak Gallery provides a balance of both high-end fine art and easily affordable artworks. They also offer note cards with prints of artists' work.

The Frasers Gourmet Hideaway is an upscale restaurant in Oak Harbor, Washington known in the region for its warm interior and superb menu. Owner and Chef Scott Fraser offer traditional American cuisine in a cozy but elegant environment. Dark red walls, gleaming woods, and leather chairs provide a comfortable spot for celebrations, business dinners, or romantic meals for two. White table cloths prepare guests for an upscale meal and superb service. The menu predominantly features high quality seafood and steaks, but an extensive list of starters provides delightful small dishes that are satisfying on their own. The kitchen is open to the dining room and guests are invited to sit at the beautiful onyx counter overlooking the chef’s domain and watch the magic. The wine list features a nice selection of Northwest and West Coast wines.

Seabolt's is a family-owned smoke house, restaurant, and seafood market in Oak Harbor on Whidbey Island, only 12 minutes from the Deception Pass Bridge in Puget Sound. Seabolt’s has been in operation since 1978. All their products are created by hand, without any added preservatives or chemical additives. Their most popular product, smoked salmon filets, are cured to perfection and slowly smoked in their state-of-the-art smoker that uses local alder wood, in the traditional Pacific Northwest style. The restaurant is spacious and cozy, and it offers a large range of fish and chips, but also steaks, sandwiches, soups, and salads. They have small but good selection of wines and beers, including local microbrews.

Rivierside Café and Lounge is a popular family-style restaurant in Oak Harbor, with another shop in Mount Vernon. The bright, colorful dining room is spacious and unpretentious, serving traditional American cuisine with a large menu of everyone’s favorites. They use only the freshest ingredients and prepare them fresh for each guest. Their menu is extensive, offering far more than is expected from a small local café. They serve breakfast all day and besides everyone’s favorite fish and chips offer sandwiches, soups, salads, beef and turkey burgers, steaks, seafood, pastas, and much more. Their biscuits and gravy are legendary. They also offer pick-up and their Mount Vernon location has a drive-thru.

Rustica is farm-to-table restaurant in Oak Harbor, Washington, offering seasonal dishes with local fresh ingredients. The menu is an interpretation of Italian- Mediterranean cuisine, served in a charming, colorful dining room decorated with reclaimed materials collected on the island and paintings made by local artists on the walls. The main feature is a beautiful bar with a slab of live edge timber decorated with hammered copper. The bar serves local liquors, beers, ciders, and wines from around the world. The menu is quite extensive, seasonal and changes depending on the availability of fresh produce. Tapas are offered from 3 to 6 pm. The menu offers suggested wine pairing with courses. Rustica has a nice outdoor space for warm summer days.

10 Best Things to Do in Oak Harbor, WA