8 Best Things to Do in Cashmere, WA 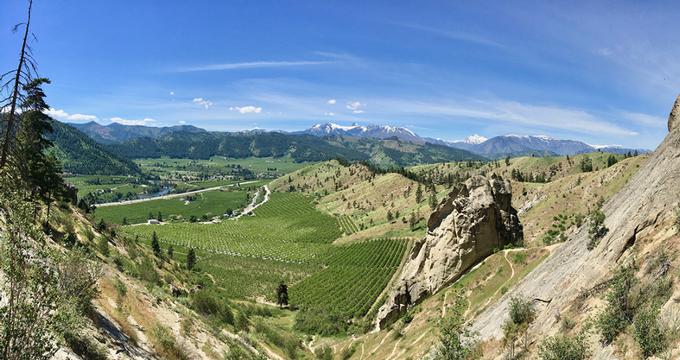 Cashmere is a charming small city in central Washington State, located less than two and a half hours from Seattle near the historic Bavarian village of Leavenworth. The beautiful Cascade Mountains city is a top destination for white water rafting enthusiasts, located conveniently near several major rivers, including the majestic Columbia River. The stunning Mount Cashmere frames the city's skyline, ascending more than 8,500 feet above sea level. Historic attractions honor the region's pioneer-era heritage, including the Cashmere Museum and Pioneer Village, which preserves more than 20 historic town structures as living history exhibits. 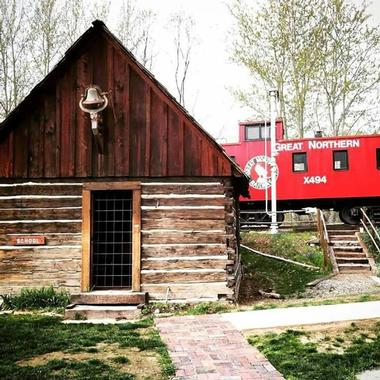 Cashmere Museum and Pioneer Village is the premiere historical and cultural museum of the Chelan County region, overseen by the Chelan County Historical Society nonprofit organization. The museum was originally founded in 1955 as a joint venture between the Cashmere Chamber of Commerce and regional artifact collector Willis Carey. Today, it has incorporated more than 20 historic structures, including a pioneer-era blacksmith shop, Mission church, and one-room schoolhouse. Visitors can view indigenous and pioneer artifacts on display at the museum's main exhibit hall or explore pioneer village structures at their own leisure. A restored Great Northern Railway caboose is also exhibited, along with several fully-furnished pioneer cabins. 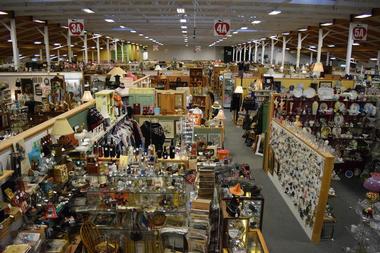 Apple Annie Antique Gallery is home to one of the West Coast's largest selections of antiques and collectibles, originally opened in 2006 within a 70,000-square-foot space in Cashmere. The delightful shopping hall is open to the public seven days a week during the morning and afternoon hours, housing up to 200 vendors at any given time. Vendors sell period furniture, clothing, glassware, pottery, jewelry, and other home and personal goods, including hard-to-find and collectible items. Special collections of early American oak furniture, 19th- and 20th-century pottery, and Depression-era glass make the gallery one of the Pacific Northwest's best destinations for antique enthusiasts.

Horan Estates Winery was originally planted in 2000 by Doug McDougall as a companion to his organic apple orchard on the Frenchman Hills. Since 2012, the winery has been overseen by Beth and Dennis Dobbs and has become known for its award-winning wines, which have received major accolades at the Sip Northwest Wine Competition and the North Central Washington Wine Awards. Eight acres of vineyards cultivate high-quality grapes for the production of delicious Syrah, Cabernets Franc and Sauvignon, Merlot, and Viognier varietals, including the winery's signature CWM Syrah, named in honor of the son of the winery's founder. Guests can taste wines Thursdays through Mondays throughout the afternoon hours or by special appointment with advance reservations. 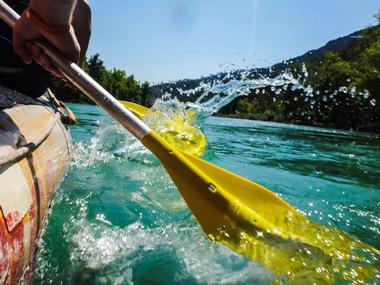 Alpine Adventures Wenatchee River Rafting is one of Washington State's most trusted outdoor recreation companies, offering white water rafting trips seven days a week throughout the peak months of May, June, July, and August. Participants can enjoy exciting excursions down prime Washington river areas such as the Wenatchee, Skykomish, Methow, and Yakima Rivers. All excursions are led by professional guides and adhere to Coast Guard safety regulations at all times. Visitors can choose between exhilarating white water excursions at challenging sites that include obstacles such as waterfalls or leisurely trips down relaxing stretches of pristine water. Limited operation hours are offered in April and September.


Leony's Cellars is a family-owned boutique winery in Cashmere, owned and operated by Sandi and Salvador Moreno since 2014. The winery, which is named for Sandi's middle name, has received major awards at the Seattle Wine Awards and Wenatchee Wine and Food Festival competitions. Approximately 2,400 gallons of wine are produced each year, with most varietals produced in small batches limited to 50-100 cases. Popular wine styles include the company's Brave Pinot Noir, Ascendance Cabernet Franc, and Invictus Syrah. Guests can taste wines or purchase bottles at the company's Cashmere tasting room during the afternoon hours on weekends. A second tasting room facility is also operated in nearby Enumclaw.


Icicle Creek is a lovely stream near Cashmere that originates from Josephine Lake, which is located within the beautiful Cascade Mountain Range. The creek, which is named for an indigenous word meaning "narrow canyon," flows eastward through Cashmere to the nearby Wenatchee River, meandering through undeveloped terrain near the Wenatchee National Forest. Creek visitors can enjoy excellent conditions for salmon fishing, provided by a nearby salmon hatchery that produces up to one million salmon each year. A one-mile National Recreation Trail, designated in 2005, meanders along the creek's channel and is accessible for visitors with mobility concerns.

Action Rafting Co. offers spectacular white water rafting and river floating experiences for groups of up to 20 participants. The company, which was founded by professional rafting guide D.J. Tuttle, is one of the premiere rafting companies of the Cascade Mountains region, offering guided excursions through the waters of the beautiful Chiwawa, Methow, Wenatchee, Tieton, Yakima, and Cle Elum Rivers. Tours range from lazy, relaxing river floats to challenging excursions through major white water thrills and obstacles. Skilled tour guides adhere to impeccable safety standards, ensuring enjoyment for participants of all ages and ability levels.

Anjou Bakery is a family-operated small-production bakery and cafe in Cashmere, owned and overseen by married duo Heather and Kevin Knight. The charming cafe, which is housed within a converted fruit warehouse facility, has been featured in international publications such as Bon Appetit, Redbook, and Sunset Magazine for its high-quality baked goods and pastries. A rotating menu highlights hearth-baked breads, dough pastries, and fruit pies, along with seasonal baked good items. Fine espresso-based beverages are prepared with regional Caffe Vita beans, available with traditional or alternative milk options and housemade syrups. At lunch, diners can enjoy delicious deli sandwiches on housemade Parisienne-style baguettes.

8 Best Things to Do in Cashmere, WA

Things to Do in Washington State: Mount Rainier National Park