20 Best Things to Do in Newport News, Virginia 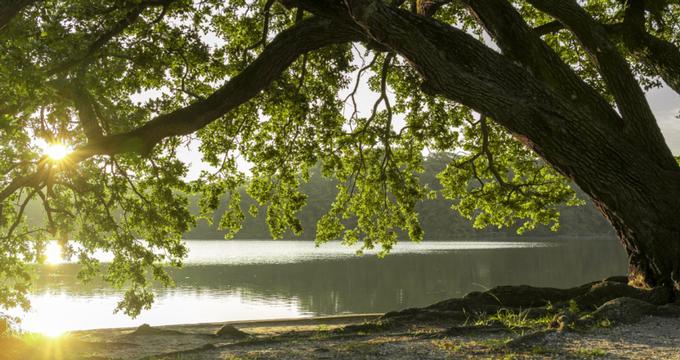 Located in southeastern Virginia on the banks of the Hampton Roads harbor, Newport News is a short drive to Virginia Beach and the Atlantic Ocean and is packed with things to see and do for the whole family. Situated just minutes from Williamsburg, the charming town is home to an array of historical gems, beautifully preserved traditional buildings, and several museums that document the history and maritime heritage of the region. Newport News also has one of the largest municipal parks in the country, as well as several parks, nature reserves, and zoos, as well as many former plantations and houses that highlight essential periods of the Civil War in America.

© The Mariners' Museum and Park

The Mariners’ Museum and Park, also known as America’s National Maritime Museum, is dedicated to all things nautical and maritime history. Established by Archer Milton Huntington and Homer L. Ferguson in the 1930s, the museum explores the history of seafaring from the age of European exploration to the modern-day United States Navy. The museum is home to the largest nautical library in the western hemisphere and features over 35,000 maritime pieces in a variety of fascinating exhibits, including antique vessels, models of ships, ancient documents, and paintings. The museum explores the history of seafaring

Hailed as the jewel in the crown of the state, the Virginia Living Museum is a combination of a botanical garden, an animal sanctuary, an aquarium, a science center, and a nature park that showcases the fauna, flora and natural beauty of the state of Virginia. The interactive center features a wide range of exhibits, displays, and hands-on activities for visitors of all ages, from habitats for animals like red wolves, otters, bobcats, and bald eagles to observing the night sky in the state-of-the-art digital planetarium theater. The center features a Butterfly Garden, a Conservation Garden, and Green Living House, which house an extensive array of local flora and native plants from Virginia. Other attractions include self-guided tours of the natural gardens and the boardwalk. 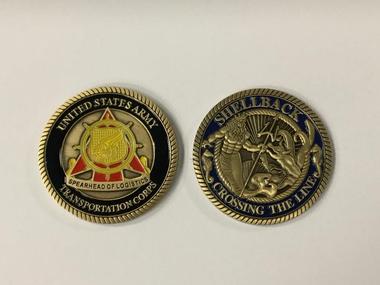 The U.S. Army Transportation Museum is dedicated to collecting, preserving, exhibiting the history of transportation in the U.S. Army by showcasing transportation-related equipment, vehicles, and memorabilia. Located on the grounds of Fort Eustis in Newport News, the museum boasts an extensive collection of over 7,000 artifacts and 1,000 exhibit props, ranging from helicopters, planes, and landing craft to jeeps, trucks, hovercraft, and trains. Signature items in the collection include the only surviving hovercraft to see combat and the single surviving gun truck from the Vietnam War, as well as the first helicopter to fly at the South Pole.

, OH -- You are reading "20 Best Things to Do in Newport News, Virginia" Back to Top

Newport News Park is an 8,000-acre park with two freshwater reservoirs and one of the largest city-run parks in the United States. The natural oasis is home to a broad diversity of fauna and flora, including lush woodlands, flowering meadows, and lush wetlands, along with native wildlife such as beavers, otters, deer, raccoons, and foxes. Recreational activities and facilities include a golf course, a five-star archery range, a horse show arena with a stage, a disc golf course, a ropes and initiative course, and over 30 miles of hiking and mountain biking trails. Newport News Park is open daily from sunrise to sunset.


Based at the Mariners’ Museum and Park, the USS Monitor Center is one of the most famous ships in history. The iron-hulled steam-powered warship was built for the Union Navy during the American Civil War and played a vital role in several decisive battles during the war. Today, visitors can explore the ship on guided tours and partake in several interactive activities such as walk on the deck of a full-scale replica of a Monitor and take part in a battle in the state-of-the-art high-technology battle theater. Self-guided and guided tours of the vessel are available, and the attraction is open year-round.

-- You are reading "What to Do in Newport News, Virginia this Weekend" Back to Top


Located in Huntington Park Beach, the Virginia War Museum is dedicated to documenting American military history through several collections of unusual historical antiques dating back to 1775. The museum houses exhibitions and displays featuring weapons, vehicles, personal artifacts, uniforms, documents, posters, and other U.S. military-related items from 1775 through the present. Signature displays include a piece of the outer wall from Dachau Concentration Camp and the Berlin Wall, and photographic and articles exhibits such as Marches Toward Freedom and Women at War. The museum hosts a variety of evening programs and special events throughout the year.

Lee Hall or Lee Hall Mansion is one of the last remaining antebellum homes on the Virginia Peninsula and an excellent example of Victorian architecture. Built between 1851 and 1859, the mansion was home to prominent resident Richard Decauter Lee and has been beautifully restored to its former glory to stand as a house museum that takes visitors back in time to the mid-Victorian era. The historic brick plantation house also served as the Confederate headquarters of Genera Magruder and General Johnston and boasts a range of exciting exhibits and period antiques. Visitors can enjoy guided tours of the house and grounds to learn more about the historical relic.

Endview Plantation is an 18th-century plantation that highlights the historical and cultural significance of the area. Built in 1769, Endview Plantation was the former home of Dr. Humphrey Harwood Curtis, where he began to run his medical practice before the home was turned into a hospital during the Confederate era. Today, the house is a museum that stands as an informative exhibit of colonial and Civil War life, and visitors can explore the house on guided tours and learn more about life during the Antebellum era.

, Michigan beaches -- "Best Things to Do in Newport News, Virginia for Locals & Tourists - Restaurants, Hotels" Back to Top

Located in Victory Landing Park, the Newport News Victory Arch is a monument built in 1919 in honor of those who served in the American armed forces during wartimes. The arch was reconstructed in 1962, and an eternal flame that was donated by the American Legion was added to the arch on Memorial Day in 1969. Today, the Newport News Victory Arch serves as a memorial with the continually burning eternal flame for all the men and women of the armed forces.

Huntington Park is a 60-acre park with a variety of amenities, recreational facilities, and equipment for outdoor activities. The park is home to Lake Biggins, which offers excellent tour fishing and the Urban Trout Breeding Program, a public beach and boat ramp, and a vast foot playground next to the James River with lovely views. Other facilities at the park include a tennis center with 20-lighted outdoor hard courts, an award-winning rose garden, picnic areas, sports fields, and a beach food concession stand that is open during the summer months. 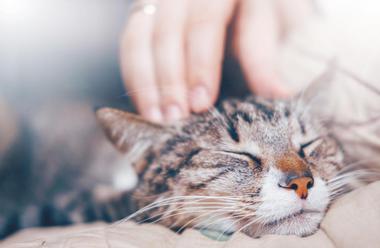 The Peninsula SPCA and Petting Zoo is an animal sanctuary and adoption center that maintains a ‘no-kill’ policy, taking care of rescued animals until they pass. The SPCA also offers preventive veterinary care for rescued, injured, and orphaned animals, and host a variety of educational programs for visitors of all ages. The petting zoo part of the sanctuary is home to a variety of rescued animals such as chicken, goats, sheep, tortoises, peacocks, alpacas, and a black leopard. Children can pet and feed the barnyard animals and learn more about exotic animals in the habitats at the zoo. 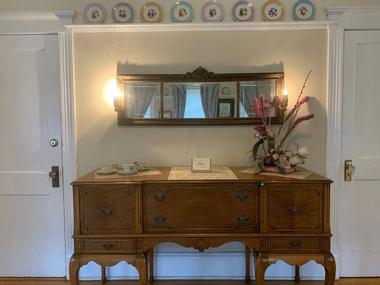 Once the former home of J. Thomas Newsome, the Newsome House Museum & Cultural Center honors the legacy of the prominent and respected attorney, journalist, churchman, and civic leader, who was famous for his ongoing work in African American history and culture. Known as a gathering spot for the African-American community in the area, the house played an essential role in the culture and history of the region. The home is listed on the National Register of Historic Places and hosts a variety of educational programs and special events throughout the year. 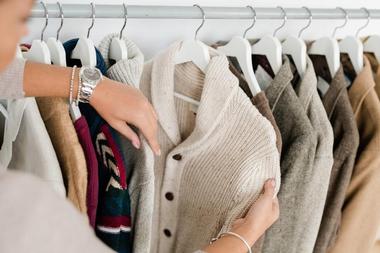 Patrick Henry Mall is a shopping mall that is anchored by major stores like J. C. Penney, Macy's, Dillard's, and Dick's Sporting Goods. The mall is home to both indoor and outdoor shops that specialize in women’s and children’s apparel and accessories. In addition to beautiful clothes, accessories and home décor stores, the outlet mall also has several dining and entertainment options, and modern amenities such as center-wide accessible parking, ATMs, modern restrooms with baby changing stations, nursing mother stations, children’s play areas, and a security and police substation. 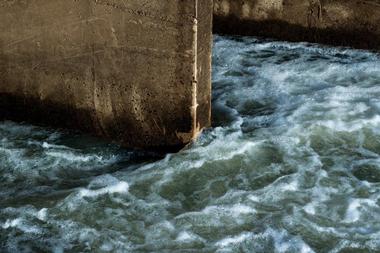 The Battle of Lee’s Mill is a famous battle in Virginian history that saw the Confederates stopping the Union flanking movement in 1962.

-- You are reading "20 Best Things to Do in Newport News, Virginia" Back to Top or Amazing things to do around me 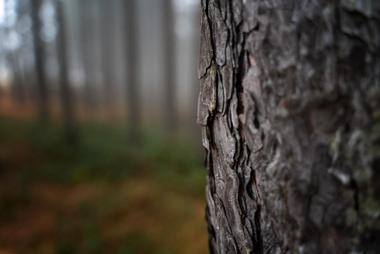 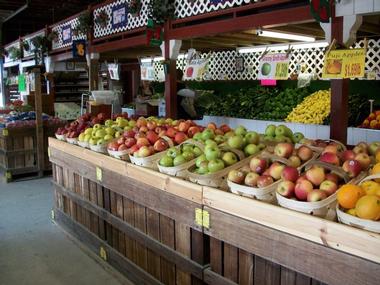 Dean & Don's Farm Market is a family-owned and operated farm market that has been supplying fresh farm produce and homemade goods since 1967. Open and operating yearly between April and October; the market sells fresh fruits and vegetables straight from the farm, which are delivered by the family’s fleet of trucks to ensure absolute freshness. Dean & Don's Farm Market sells freshly cut Christmas trees during November and December. 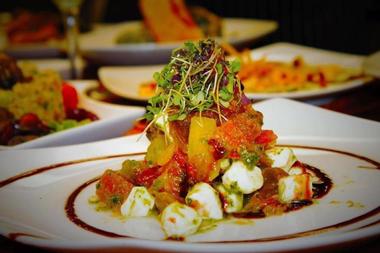 Second Street Restaurant is an American bistro that serves contemporary cuisine in a stylish ambiance. Open daily for lunch and dinner; the restaurant offers a beautifully presented menu of creative and innovative dishes, appetizers, seasonal small plates, entrées, and desserts, prepared with fresh, locally sourced ingredients. Signature dishes include watermelon salad, roasted garlic and goat cheese pizza with balsamic glaze, and New York-style cheesecake, and the cuisine is accompanied by an extensive list of fine wines from around the world, along with craft beers, imported spirits, and handcrafted cocktails.

18.Things to Do in Newport News, Virginia: Skrimp Shack 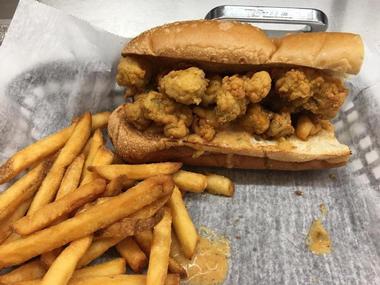 Skrimp Shack is a family-friendly fast-food chain serving seafood and sides for lunch and dinner. With several locations around the area, the fast-food chain serves a wide range of seafood delights such as baskets of deep-fried shrimp and fish, fish sandwiches, po’boys, dinner specials, a variety of sides, and special kid’s meal. Skrimp Shack also has a food truck that can be rented for special events and festivals.

-- You are reading "20 Best Things to Do in Newport News, Virginia" Back to Top

19.Things to Do in Newport News, Virginia: Fin Seafood 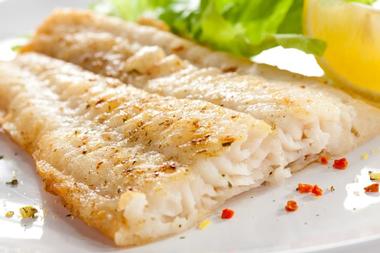 Fin Seafood Restaurant is the place to go for fresh seafood, shellfish, and surf-and-turf. Helmed by head chef and owner Kenny Sloane, the restaurant serves a menu of tantalizing seafood dishes prepared using only the finest and highest quality local and organic ingredients and sustainably-caught fish. The restaurant’s signature is the surf and turf menu, which uses prime steak and the highest quality seafood to create a mouthwatering combination of fruits from the land and sea. An impressive wine list offers fine wines from around the world, along with craft beers and imported spirits, and the restaurant is open for lunch and dinner daily.

20 Best Things to Do in Newport News, Virginia

You are reading "20 Best Things to Do in Newport News, Virginia " Back to Top