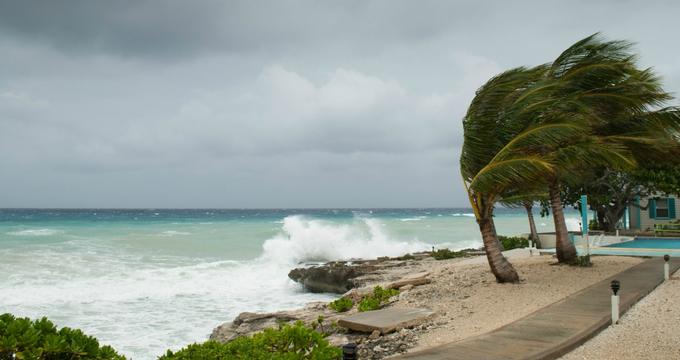 Although hurricanes are naturally unpredictable, they have been observed to be more common at certain times of the year. For the Caribbean, the hurricane season usually starts in June and lasts until November. This season is further divided between the specific areas of the region. For instance, the Eastern Caribbean, as well as the U.S. East Coast, experiences more hurricanes between August and September, while the Western Caribbean has more hurricanes from September until early November.

Furthermore, the hurricanes on the Eastern Caribbean tend to be stronger compared to the ones that happen in the south.

People can expect a typical hurricane season to have an average of eight to eleven tropical storms, but only five to seven of these would be considered as full-fledged hurricanes. It’s also important to note that hurricanes don’t always reach land.

Why You Should Care About Hurricane Season in the Caribbean

When it comes to cruising, nothing beats the Caribbean. Thanks to its potential to offer a diverse itinerary, multiple cruise lines, and great overall experience, it’s easily the best choice for anyone who wants to experience a unique tropical vacation.

Interestingly enough, despite the fact that the Caribbean is prone to hurricanes at certain times of the year, this has never dampened its popularity. While people prefer to go in seasons that are drier and offer more sun, hurricane season for the Caribbean has become sought after for the competitively low prices.

Like most weather conditions, hurricanes can impact travel itineraries and schedules, and cruise schedules and routes will be different from those in drier and sunnier seasons.

Is it Even Safe to Go on a Cruise during This Season?

Most people, especially those who have already gone on cruises in such seasons, would answer yes. In fact, cruise lines have been doing these for some time now, and they are able to work around the weather thanks to engineering and satellite technology that allow them to monitor the paths of these hurricanes.

Statistically, very few cruise trips are affected by hurricanes. Even in the Eastern Caribbean, the chances of actually experiencing a hurricane are 8%, and in the slim chance that they do get affected, you’d only notice it when your itinerary has been changed. When a hurricane happens during the voyage, cruise ships tend to avoid them by either changing course or outrunning them. Yes, you read that right. Most storms move at an approximate speed of 10 knots. Cruise ships, on the other hand, can comfortably sail at 22 knots.

During these times, passengers may experience a bumpy voyage due to the rough waters and the speed of the ship, meaning it’s a good idea to bring seasickness medication if you or your fellow passengers are prone to it.

While the hurricane season shouldn’t stop you from going on a cruise in the Caribbean, do keep an open mind about how the weather might affect your original plans. Avoid a travel plan that’s too strict so that you and your fellow travelers can easily adjust to any changes to the itinerary or even cancellations. Flexibility is key to enjoying a cruise during this season. Most experienced travelers will anticipate delays and allow an extra day or two on their travel schedule as a margin for error.

Because the hurricanes are tougher in the east, you might want to plan a route that heads into the south of the Caribbean as much as possible.

Keep in mind that cancellation of ports doesn’t entitle you to compensation; this is part of the fine print on most cruise tickets. You will, however, be entitled to refunds on prepaid port taxes and similar fees. This, of course, is different from when the cruise itself is cancelled. Although it rarely happens, cruise liners will have to cancel a voyage when the weather affects the actual port of embarkation.

Also, don’t forget to ask your hotels what their hurricane plans are. Hotels are already well experienced in dealing with hurricane situations, but knowing what exactly they will do to help you get through these unlikely situations will help keep your mind at ease.

Finally, always keep yourself updated with the latest information on the weather for the locations that you’re visiting. Whether it’s hurricane season or not, being prepared for a trip always helps ensure that you enjoy your vacation no matter what.

Remedies for Blisters - Tips for Travelers

Newark to Manhattan: How to Get to Newark Airport from Manhattan