6 Best Things to Do in Weatherford, TX 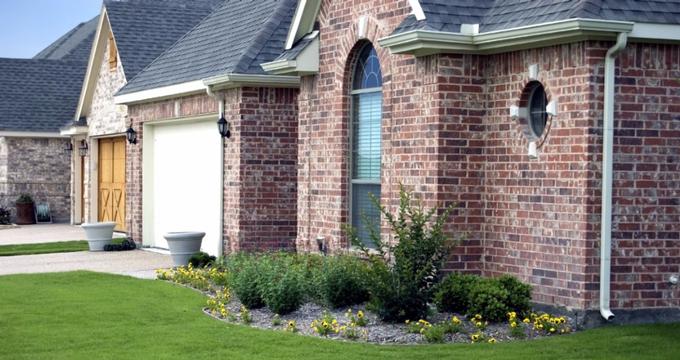 Weatherford is a beautiful city in Parker County, Texas that was originally founded in 1854. Following the development of railroads in the region in the late 19th century, the city became known as a major cattle drive site after the implementation of the Goodnight-Loving Trail, which inspired the famed novel Lonesome Dove. Today, the city is known for its stunning preserved historic buildings, which showcase excellent examples of Queen Anne and Victorian-style architecture. Each year, the city hosts the Parker County Peach Festival, which is one of Texas' most-attended annual festivals. 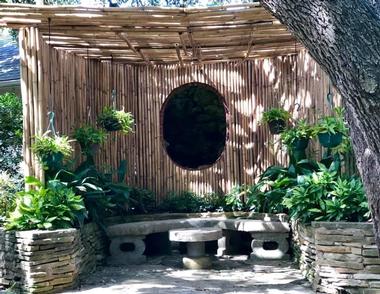 Chandor Gardens is a beautiful estate in Weatherford that is listed on the National Register of Historic Places, originally constructed as the family home for Douglas Chandor and Ina Kuteman Hill in 1936. The estate stayed in the couple's care until Chandor's death in 1953 and was then converted into a public estate and garden facility by Hill. Following Hill's death in 1978, the estate fell into disrepair, but in 1994, it was fully restored by married duo Melody and Chuck Bradford. In 2002, the estate was purchased by the City of Weatherford and was reopened to the public as an estate garden facility. Today, the 3.5-acre estate showcases a 30-foot manmade waterfall, a formal English garden, and a 5,600-square-foot mansion that can be rented for private special events. 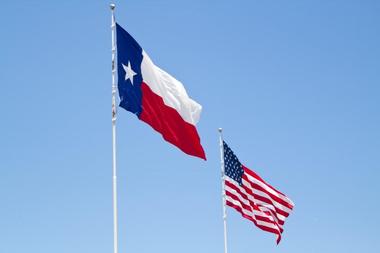 The Parker County Courthouse was originally designed in 1886 by architect W.C. Dodson, modeled after his work at other Texas courthouses throughout Lampasas, Hill, and Hood Counties. The beautiful courthouse was restored in the early 1990s and again in 2002 as part of the Texas Historic Commission's Historic Courthouse Preservation Program. Following its rededication in 2004, the courthouse was opened to the public for guided tours as a living history facility. Large and small group tours can be accommodated with special reservations by contacting the facility. Visitors can also observe the facility's gorgeous architecture or attend special events such as the venue's Christmas celebration, which showcases thousands of lights and a 30-foot-tall tree. 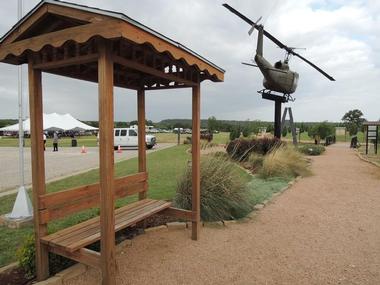 The National Vietnam War Museum is a national nonprofit museum that was established in 1999 to honor the more than five million service members who died throughout the Vietnam War conflict between 1955 and 1975. The museum showcases a lovely visitor center and indoor exhibits such as an examination of the living conditions that service members endured throughout the conflict in hootch-style soldiers' quarters. Outside, the Semper Fi Vietnam Memorial Garden showcases a 300-foot replica of the Moving Wall sculpture from Washington, D.C.'s Vietnam Memorial, constructed within a forest of Arizona cypress trees. A contemplation and meditation garden are also showcased, along with the Rock Creek Trail, which connects to the nearby Lake Mineral Wells Trailway. 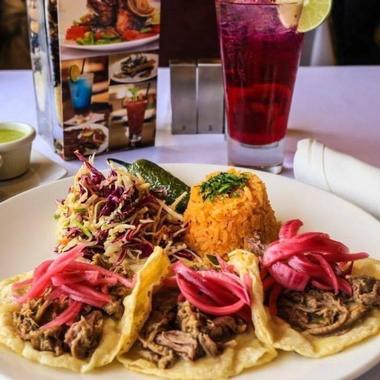 Oaxaca (WO-HA-KA) Mexican Cuisine is a delicious Chihuahuan-style restaurant in Weatherford, opened in 2015 by the Ramos family. The restaurant serves up both authentic Mexican cuisine options and Tex Mex favorites crafted with the finest possible fresh ingredients and flavors. Excellent Oaxacan dishes such as homemade mole, banana-wrapped tamal, and Huitlacoche quesadillas are served up throughout the day at the restaurant's lovely dining space, which showcases a full-service bar. A full menu of gourmet tacos is also served up, along with Oaxaca-style burritos and Tex Mex-style enchiladas. At brunch, diners can choose from Mexican omelettes, traditional chilaquiles, and menudo bowls.

5.Zeno's on the Square 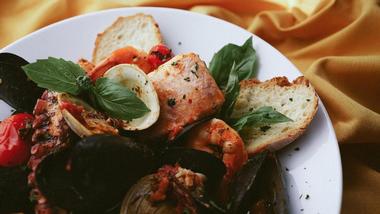 © Zeno's on the Square


Zeno's on the Square is a delightful Italian-style restaurant opened in 2018 by executive chef Massimiliano Zubboli and restaurateurs Monica and Zeno Russo. The authentic Italian restaurant is known for its delicious scratch-made entrees, ranging from handmade pastas to chicken, beef, and seafood classics from around the nation. Delicious pasta options include mushroom fettuccine, shrimp gnocchi, lemon ricotta-stuffed ravioli, and seafood carbonara. Traditional Tuscan-style cioppino is also served up, along with classic dishes such as veal saltimbocca or cotoletta Milanese. A large selection of hand-chosen Italian wines are served up from the restaurant's full-service bar, along with classic cocktails. 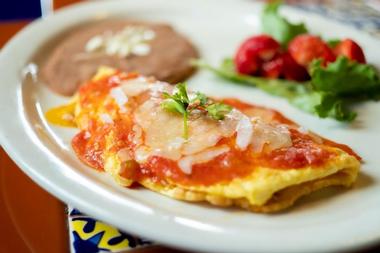 
Los Vaqueros was originally opened in Fort Worth in 1983 by married duo Kiki and Johnny Valentine Cisneros, Jr. The restaurant relocated to its current home in 2011 at the Crown Valley Golf Club in Weatherford. Today, it serves up delicious Old World-style Mexican cuisine at lunch and dinner throughout the week, prepared according to traditional family recipes. Excellent entree selections include avocado enchiladas, toasted meat tacos, and chile con carne tamales. Combination platters also highlight favorites such as chalupas, cheese and onion enchiladas, and Spanish-style rice. House margaritas and sangrias are served from the restaurant's bar, along with a selection of domestic and imported beers.

6 Best Things to Do in Weatherford, TX

8 Best Things to Do in Wimberley, TX