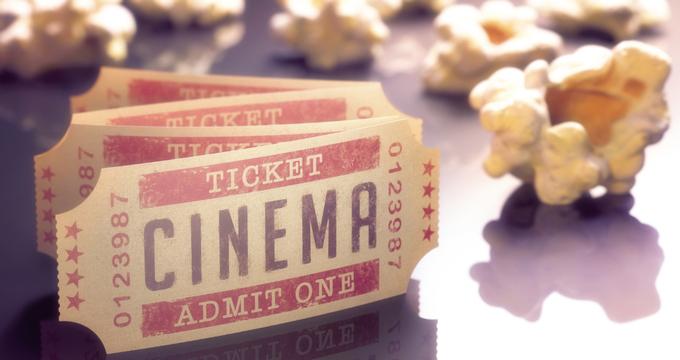 Following the patenting of the outdoor film projector in 1932 by Richard Hollingshead, drive-in theaters became a staple of the American suburban landscape, with more than 4,000 cinemas in operation by the middle of the 20th century. The third drive-in theater in America was opened in Galveston, Texas in 1934. Recently, a number of historic drive-in theaters have been reopened throughout the state of Texas, with new concept cinemas and restored historic screens offering classic drive-in experiences for a new generation. Certain attractions may be temporarily closed or require advance reservations. Hours/availability may have changed.

Town and Country Drive-in was billed as the state’s largest drive-in theater at its 1956 opening, constructed at a cost of more than $250,000 and offering parking for 1,500 cars. At the peak of its operation, the theater offered a rooftop concession garden and a playground offering an electric Ferris wheel. Though it closed in 1981 and was dark for nearly two decades, the theater was reopened in 2000 under new management and offers year-round showings today on two screens, including showings of classic films from the era of the theater’s heyday. A concession stand is available, serving classic American fare favorites such as homemade chili, bacon cheeseburgers, and Dippin’ Dots. 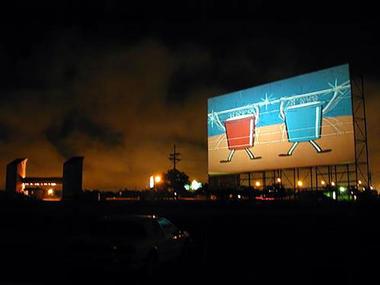 Tascosa Drive-in originally operated with two screens at its 1952 opening, but its northern screen was completely destroyed by a fire in 1978. Though the theater briefly closed in 1994, it was reopened under new management in 1999 and operates today as a seasonal drive-in theater offering showings of new blockbuster and family films. 800 cars are accommodated at the theater, which is a cash-only venue. A concession stand sells Frito pies, chili cheese nachos, and a wide variety of fried dessert fare, along with Coca-Cola products and classic movie theater candies. All movie showings start at sundown, and children in car seats are admitted free to all showings. 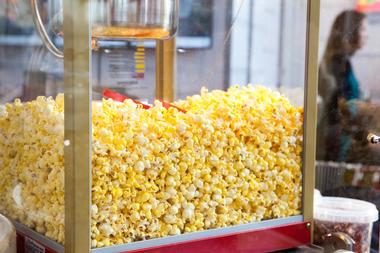 Doc’s Drive-in Theatre is Texas’ newest drive-in cinema, opened to the public in August 2018. The theater is located just outside of Austin in the city of Buda and offers two screens showing double showings of new popular films. 100 cars are accommodated at the theater, which offers FM sound transmission for in-car listening. Overnight accommodations are available at the theater for guests wishing to stay the night after showings, with all rental house guests receiving use of a communal pond and swimming beach area. Though outside food is permitted, visitors are strongly encouraged to purchase concessions and alcoholic beverages from the theater’s onsite speakeasy-themed bar and concession stand. 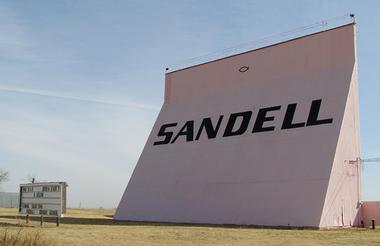 Sandell Drive-in was originally opened in 1955 and was named after a blend of its original owners’ daughters Sandara and Adele’s names. The theater was dark for 18 years in the late 20th century but was reopened in 2002 under new management. Today, it offers seasonal film showings of popular new release films on Friday and Saturday nights between April and September. 300 cars are accommodated at the theater’s single screen, which is located in the city of Clarendon off Highway 70. A concession stand serves burgers, chili, and other homemade American fare, and an annual summer carnival on the theater’s grounds serves as a major community fundraiser event.

You are reading "14 Best Drive-in Theaters in Texas this Weekend with Friends" Back to Top or More places to see near me today, what to do, weekend trips 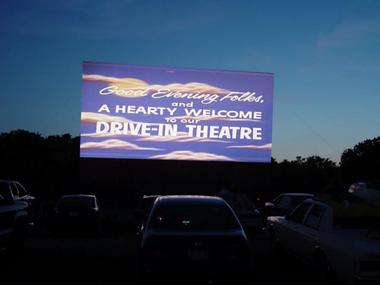 
Galaxy Drive-in Theatre opened in 2004 with three screens and has since added four additional screens, accommodating a capacity of up to 800 cars nightly. The theater is open 365 nights a year for showings of popular new release films shown in a digital release format, with showtimes starting around sundown daily. Two snack bars open early nightly and offer unique concession fare such as sausages on a stick, taco salads, and Texas-sized soft drinks, with children’s fare and combo meals available for purchase. Outside food and beverages are not permitted, but well-behaved pets are allowed at the theater during showings.

You are reading "14 Best Drive-in Theaters in Texas this Weekend" Back to Top or Restaurants near me, stuff to do near me 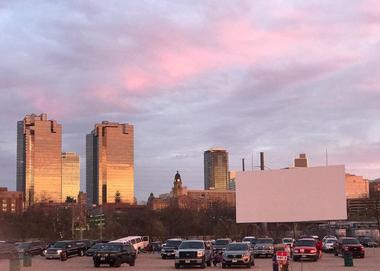 
Coyote Drive-in was opened in 2013 and has been named as the best movie theater in the Fort Worth region by Fort Worth Magazine. The four-screen theater is one of the nation’s largest drive-in theaters, accommodating up to 1,500 cars nightly. Major new release films and periodic showings of drive-in classics are showcased at the theater, which features a state-of-the-art digital projection system and FM transmission for in-car audio. A large restaurant and beer garden with outdoor seating are offered for before-feature dining, and a children’s playground allows for family recreation. In 2016, a second Coyote Drive-in franchise location was opened in nearby Lewisville.

You are reading "14 Best Drive-in Theaters in Texas" Back to Top or More must do for couples, what to do near me, places to visit this weekend

Where can I go for top-rated things to see near me, fun things to do today, hotels near me, with toddler, social distancing, places near me, list of, stuff to do near me, rentals, beach and last minute resort ideas for couples, places to hike near me: Getaways from DC, OK resorts, From Seattle, SD resorts, Bahamas, Casinos near NYC, Lava Tubes Flagstaff, Pueblo, November 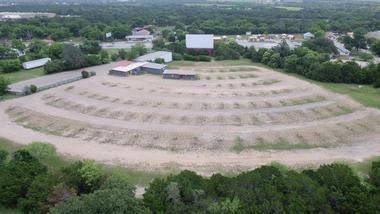 The Last Drive-in Picture Show is one of Texas’ oldest drive-in theaters, originally opened in 1950 as the Circle S Theater. It was renamed to its current name in 1989 and is noted as a unique moped-style theater, offering both drive-in parking space for outdoor film showings and a conventional walk-in cinema. The drive-in cinema offers nightly showings seven days a week with the exception of major national holidays, while the walk-in cinema shows Saturday and Sunday matinees during the summer months. Two drive-in screens service a car capacity of up to 300 cars, with FM transmission available for in-car sound. All films shown are rated PG-13 or lower to maintain a family-friendly viewing environment.

You are reading "14 Best Drive-in Theaters in Texas" Back to Top or More tourism, attractions for couples, food, things to see near me today 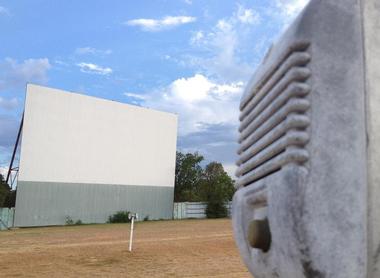 Graham Drive-in was originally opened in 1948 as one of the state’s first drive-in theaters and has been in continuous operation for more than seven decades, offering seasonal weekend film showings between April and October, with occasional open evenings throughout the winter season for public special events and charity showings. The single-screen theater holds a capacity for 300 cars and offers digital film projection and FM transmission for in-car audio. A concession stand sells unique food items such as sauerkraut hot dogs, pickle pops, and a variety of throwback ice cream sandwiches and frozen desserts. Well-behaved pets are allowed at the theater under leash control at all times.

Where can you get away, beaches near me, luxury tourism, resorts & family weekend hotels to visit around me with kids, outdoor activities, things to do near me, weekend getaways, dinner near me, entertainment, places to go, hiking trails near me: WI resorts, Hudson Valley, Beaches Near Milwaukee, VA Day Trips, Tuscaloosa, NY, Pawley's Island, MO, From Albuquerque, Waterfall Hikes, NJ, OR, Orchards, Southern USA, Wonders, For Couples 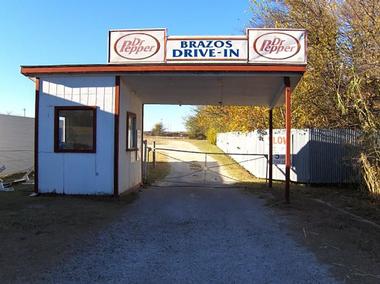 Brazos Drive-in has been in continuous operation since 1952 and has recently moved to a year-round schedule, showing double features of new popular films on weekends in good weather conditions. All films start at dusk and are shown on a single screen, accommodating up to 200 cars. A full concession stand offers American film stand classics such as chili cheese dogs, popcorn, and movie theater candies, and a large open field area allows for sports and game play before showings. Most films shown are rated PG-13 or lower to maintain a family-friendly atmosphere, with occasional R-rated films shown if they are top 10 national blockbusters with widespread appeal.

"14 Best Drive-in Theaters in Texas for Locals & Tourists - Restaurants, Hotels" Back to Top or Beautiful places near me, what to do, restaurants for breakfast, travel guide, nearest beach 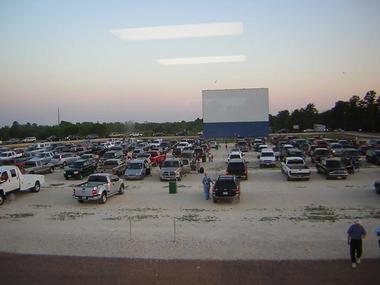 Showboat Drive-in is a recent addition to Texas’ drive-in movie theater scene, opened in 2006 in honor of the former Showboat Drive-in diner, which was operated by the owners’ grandparents. The family-owned theater offers two screens with a capacity for 400 cars nightly, showing major blockbuster release double features year-round seven nights a week. Film audio is broadcast via FM transmitter, which may be picked up by car stereo or portable boom box. A concession stand is open before showings until the start of the second feature, selling hamburger and cheeseburger meal baskets, coffee shop beverages, and classic movie theater candies. 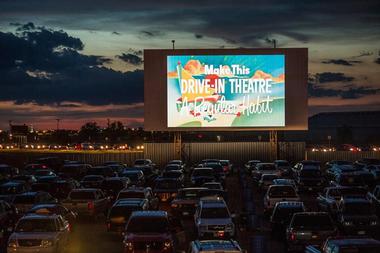 Stars and Stripes Drive-in Lubbock is a relatively recent addition to Texas’ drive-in offerings, opening in 2003 as a two-screen cinema. Since then, a third cinema has been added to the facility, bringing nightly accommodations up to 1,000 cars. The year-round theater showcases popular new release double features Wednesday through Sunday nights, featuring state-of-the-art digital projection and FM radio transmission for in-car listening. A 1950s-style concession stand offers a wide variety of classic American fare, including hamburgers, popcorn, and movie theater candies. A second Stars and Stripes location has been opened in New Braunfels, approximately half an hour outside of San Antonio, featuring three screens and accommodations for 750 cars.

"14 Best Drive-in Theaters in Texas" Back to Top or Romantic Getaways, Wedding Ideas close to me this weekend, honeymoon, anniversary Ideas, fun places near me 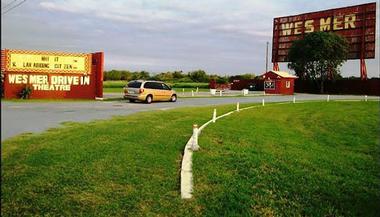 Wes-Mer Drive-in was originally opened in the 1940s and operated for more than four decades before going dark in 1984. After a decade of down time, the theater was reopened in 1994 and is operated today as a year-round drive-in cinema featuring double showings of first-run blockbusters. The single-screen cinema accommodates up to 400 cars and offers FM sound transmission for in-car listening. Classic American and Tex Mex fare is served at the theater’s concession stand, including burritos, Frito pies, and cheese Takis. Visitors should note that the theater is a cash-only facility and that alcohol is not permitted on the premises. 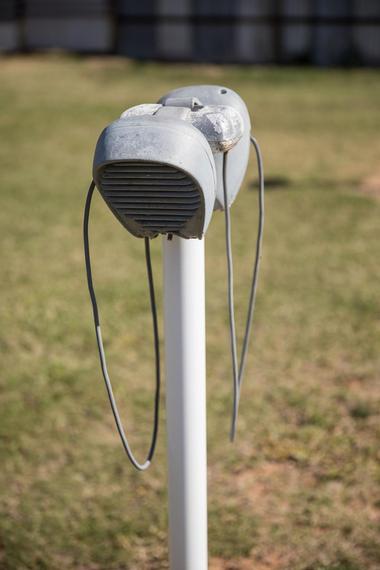 Big Sky Drive-in was opened in 2005 and features three screens accommodating nearly 1,000 cars nightly. The theater is open seven nights a week throughout the year and showcases major blockbuster and family new release films with FM sound transmission available for in-car listening. Outside food and beverages are permitted, but patrons are strongly encouraged to visit the cinema’s full-service concession stand and grill, which offers classic American and Tex Mex fare such as chicken fingers, Chihuahua sandwiches, corn fritters, and jalapeno poppers. Well-behaved pets are welcome on leashes at all times, and advance tickets are available for purchase on the theater’s website.

20 Best Things to Do in Beaumont, Texas