12 Best Things to Do in Moorhead, MN 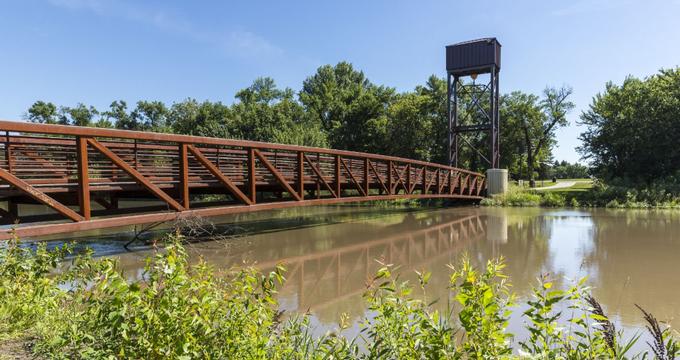 Moorhead, Minnesota and Fargo, North Dakota face each other across the Red River. Moorhead is the largest city in northwest Minnesota, while Fargo is the largest in North Dakota. Together, they frame the Red River Valley. Moorhead has a rich culture and history, with several historic sites open to visitors. Museums, several theaters, the Fargo-Moorhead symphony and Trollwood Performing Arts School all offer entertainment, arts and culture. Outdoor activities include kayaking and fishing along the Red River, and hiking, biking or cross country skiing across the open prairies. 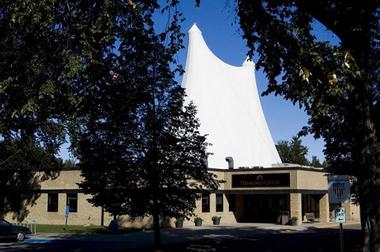 The Hjemkomst Center opened in 1985. The museum is host to replicas of historic Norwegian structures, including the Hjemkomst Viking ship and a replica of the Hopperstad Stave Church. Meaning homecoming, Hjemkomst is a full sized Viking ship that replicates the Gokstad, which was discovered in 1880 in Norway. Construction of the ship began in 1974 and was completed in 1980. In 1982 it sailed from New York to Norway, and was thereafter returned to the museum in Moorhead. The replica church was built in 1998, and is a full scale replica of the famous 12th century stave church. 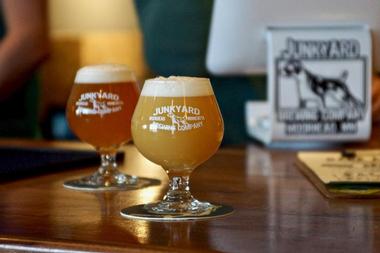 Moorhead’s Junkyard Brewing Company and taproom specializes in small batch craft beers. The experimental nanobrewery features 11 continually rotating taps. Events at the brewery include live music and dinner events. Ever changing beers range from dark and malty, to hoppy, pale or light and Belgian or sour. Special runs of cans are released to the tri-cities area a few times each year. The name Junkyard refers to the experimental nature of the beers and the casual warehouse-based location. The company was founded in 2012 by two brothers, Dan and Aaron, who first began experimenting with their own home brews in college. 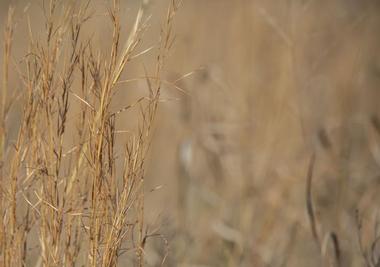 Northwestern Minnesota’s Bluestem Prairie Preserve conserves over 6,000 acres of prairie land, making it one of the few places in the world where visitors can experience the natural vastness of a prairie landscape. Bird blinds are placed to allow visitors to enjoy the prairie chickens and other native and migratory birds. Reservations for the blinds are required. Over 300 species of plants thrive in the area, including many designated as plants of special concern by the state of Minnesota. Among these is the fringed orchid, designated federally as a threatened species. The area is studied by several neighboring universities and colleges, and is protected in part by the Nature Conservancy.

The Bluestem Amphitheater is an outdoor music and entertainment venue located along the Red River north of Moorhead. The venue, part of the Bluestem Center for the Arts, seats up to 3,000 among grounds offering views of the grassy plains, river and surrounding woodlands. While seating is available, guests can also bring blankets to enjoy entertainment from the lawn. The Summer Concert Series is managed by the Trollwood Performing Arts School in partnership with Fargo Public Schools and the City of Moorhead. Shows run May through early October and feature nationally touring musicians and local artists, festivals and events. Shows are sponsored by local businesses. 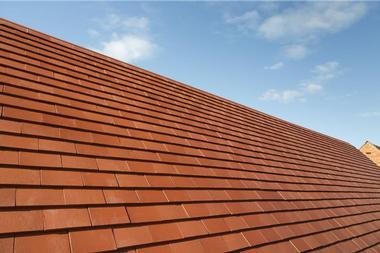 
Moorhead’s Comstock House is the 19th century home of the Comstocks, leaders in bringing both the railroad and educational opportunity to northern Minnesota’s Red River Valley. The Victorian home has been restored by the Historical and Cultural Society of Clay County and is furnished with Eastlake and Queen Anne style furniture, tapestries and historical artifacts. Many of the furnishings are original. The home was established as a symbol for growth and prosperity in Moorhead, much of which was the result of Comstock’s efforts in brining business to the area and growing the town. At the time, the 11-room home was the most expensive in the area. The family lived in the home until 1965 when they donated it to the Minnesota Historical Society.

-- You are reading "What to Do in Moorhead, MN this Weekend" Back to Top 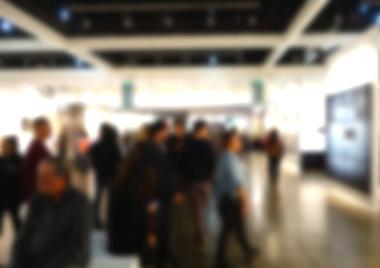 
Moorhead’s Rourke Art Gallery and Museum is dedicated to inspiring and educating the community by presenting the art and cultural traditions of the world. The community arts institution was founded in 1960 by brothers Orland and James Rourke. Temporary exhibits celebrate artists from the Fargo-Moorhead region, while the permanent collection includes over 5,000 works representing significant 20 and 21st century artists and artisans from across the world. The museum is housed in a nationally registered historic building, built in 1913 as Moorhead’s post office. The neoclassical building with columned front portico was restored in partnership with the Minnesota State Historical Society.

Downtown Moorhead’s Rustica Eatery and Tavern is located in the historic Kassenborg Block building, built in 1898. Exposed brick interiors create a rustic ambience, accentuated by copper beer taps and a wood burning pizza oven. Menu items include exceptional pizzas and casual fare in the tavern, alongside the Eatery’s seasonal dishes made from fresh, local ingredients by Chef Eric Watson. The American and European influenced dishes include pork loin saltimbocca, duck breast pastrami and a cornmeal dusted walleye topped with lump crab meat. Happy Hour specials are offered Tuesdays through Saturdays, and catering is available both off-site and on. The Eatery and Tavern can host up to 60 guests for special events. 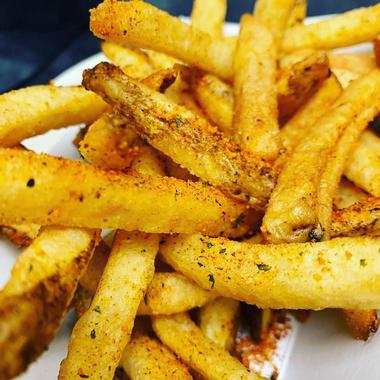 Grand Junction is a sub and sandwich shop specializing in grilled meat subs, with nine locations in the Fargo-Moorhead region. Sandwiches are made to order and are served on preservative-free, fresh baked French loaves. The east coast style sandwiches are paired with hand-cut French fries, made fresh on site. Specialties include the chicken cordon bleu, the Virginia honey ham and the classic cheese steak. The chain was founded in 1999 by Vu Trong, a Vietnamese refugee who came to the United States in 1981 at the age of ten. After living for five years in Philadelphia, he decided to bring the idea of the east coast sub back to Fargo, where he opened the first shop.

The Speak Easy is an Italian gangster-themed restaurant and lounge in Moorhead, known in part for the historic 4-door convertible that sits in the lobby. Stories say the bullet-hole riddled car once belonged to the gangster Bugs Moran in the 1930’s. Surrounding the car are photographs of Chicago’s most notorious crime bosses, many of whom are said to have vacationed, or laid low, in the region. The casual restaurant serves lunch and dinner daily, from mozzarella stick and meatball starters, to salads, soups, pizzas and entrees. Entrees include classic Italian pizza dishes and seafood plates. Traditional desserts include tiramisu, New York cheesecake and a chocolate lover’s cake among other choices.

, Michigan beaches -- "Best Things to Do in Moorhead, MN for Locals & Tourists - Restaurants, Hotels" Back to Top

10.Nature of the North 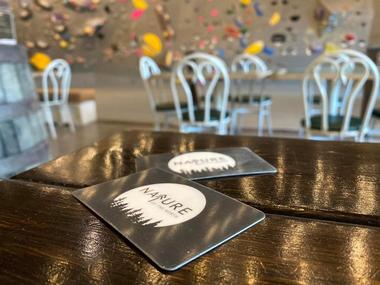 © Nature of the North

With a wholehearted passion for the power of nature, Nature of the North is a company that has made it its mission to support local communities and create opportunities for people to get outdoors. They do this mainly through their climbing center, a great place in the Fargo-Moorhead community that makes getting to outdoor climbs possible by training beginners at their indoor climbing facility. Nature of the North’s wall is a bouldering wall that features over 1,000 square feet and 50 different routes to boulder. The facility is also home to the state’s only Kilter Board, which is an 8 x 13-foot vertical board that will bring any climber's skillset up a notch. Nature of the North is open from Tuesday through Sunday and is closed on holidays. Don’t forget to book your climb ahead of time. 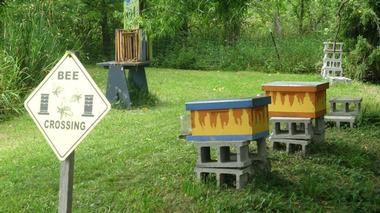 Doubting Thomas Farms’ origins date back to 1878 when great-great-grandpa Thomas planted the first piece of his crop in the Red River Valley’s fertile soil. Through the years, the farm continued to grow with more and more produce cultivated in the valley such as organic oats, barley, blue corn, and soybeans among many others. It is one of the few farms that still grow indigenous seeds and its acreage is also certified organic. Visitors to Doubting Thomas should definitely check out the farm tour which promises an incredibly fun and hands-on experience. Guests can try their hand at planting or harvesting produce, nursing trees, and even feeding the farm animals. Doubting Thomas Farms also offers fun classes on heritage cooking and pantry staple production. 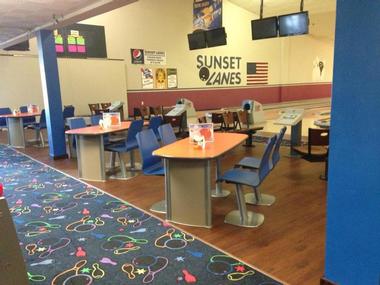 Bowling enthusiasts are in for a treat at Sunset Lanes, a family-owned bowling alley with an honest-to-goodness love for their customers. Sunset Lanes feature a 24-lane alley, each of which is outfitted with the latest scoring systems available in the game. That’s not all that Sunset Lanes has to offer though as the building’s second level features a thrilling arcade with tons of different games for kids and adults alike to enjoy. In terms of food and beverages, Sunset Lanes dishes up some mouthwatering alley fare like pizzas, burgers, and good old fryer food. For guests coming in the evening with their friends, Sunset Lanes also offers a full bar to kickstart the adults’ wind-down session.

12 Best Things to Do in Moorhead, MN

You are reading "12 Best Things to Do in Moorhead, MN " Back to Top