9 Best Things to Do in Dennis, MA 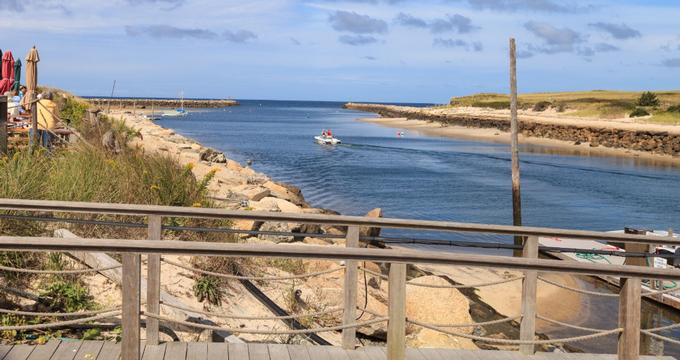 Dennis is a collection of five small villages in Massachusetts located on the lower arm of Cape Cod. The historical villages offer world class beaches, museums and theaters, miles of hiking and biking trails, and access to both the Bay of Cape Cod and Nantucket Sound. While Dennis Village is the historic center, East Dennis, South Dennis, West Dennis and Dennis Port are all equally full of Cape Cod charm. 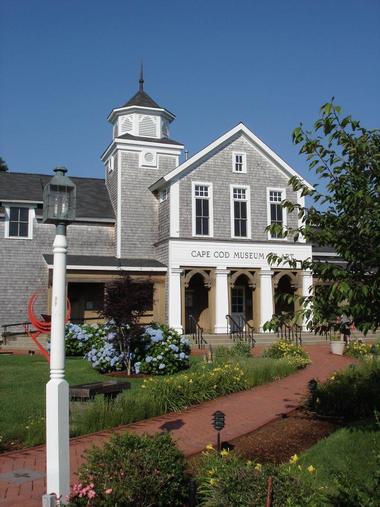 The Cape Cod Museum of Art was founded in 1981 with the intent to preserve the artwork related to Cape Cod, either by subject matter or the artist. Today, the Museum of Art is a year-round facility with several climate controlled galleries, a museum shop, storage for the permanent collection, and an adjacent education center that offers workshops and classes. Works from the permanent collection are displayed year round on a rotating basis, and often complement the temporary exhibits. Influential Cape Cod artists and teachers featured in the collection include Henry Hensche, Hans Hofmann and Charles Hawthorne. The latter founded the Cape School of Art in 1899. 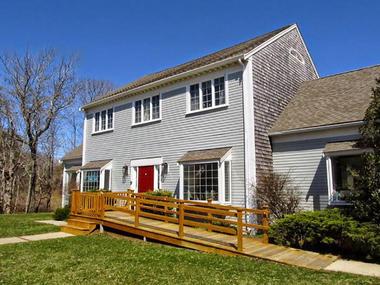 The West Dennis library has been serving the community since 1920. While it has grown considerably since its beginnings in a private home, it still occupies the same building it’s been in since 1924. The privately funded library relies on membership and donations from residents to maintain its collection and facility. The library hosts the collection of the Dennis Historical Society, and has worked to upload much of this collection to an online database. Programs and events run year-round, including art exhibits, book talks by local authors, lectures by local academics, and children’s reading programs. 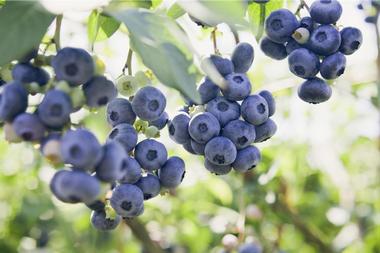 Each July and August you can pick your own blueberries at the Hokum Rock Blueberry Farm. Containers and trays are provided with a small flat fee. The family owned farm was founded in 1973 by the current proprietor, Stephen Spear, and his parents who purchased the property in the 1940’s. In the 1980’s the farm narrowed its focus to blueberries, which remains the core crop today. In 2018, Spear and his wife Janice Riley published a book titled “Out in Blue Fields: A Year at Hokum Rock Blueberry Farm.” The book has received numerous accolades including the Northeast Region’s Best Nonfiction Book award, and the Graphic Design USA best book design award. 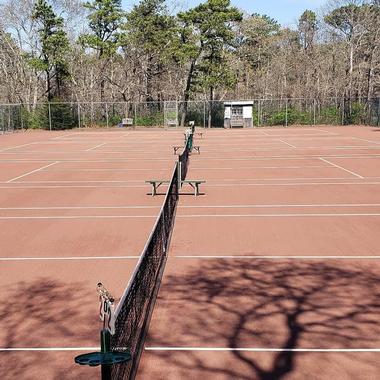 The small, family-friendly Mashantum Tennis Club offers four red clay tennis courts and one hard court nestled in the woods in Dennis, Massachusetts. The club offers members of all ages both competitive and recreational play, and provides lessons for both kids and adults. The tennis club was founded in 1946 by local resident Tom Dingman whose vision included providing tennis lessons for the children of Dennis. Dingman built the original courts himself, and the club’s headquarters still reside in the small shack built in 1955. A pro-shop on site provides new Wilson demo raquets for use, stringing services and tennis balls. Non-members may pay a walk-on fee to use the tennis courts, provided space is available. 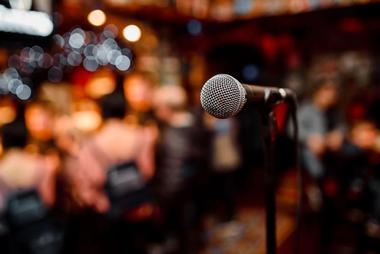 
Cape Cod’s Eventide Theater Company is located in Dennis. The company produces three of their own main stage shows each year, and hosts annual playwriting and songwriting competitions. The Eventide mission is to support area actors, playwrights and songwriters through exciting and thought-provoking performances for all ages. The 2018-2019 season included three shows performed off-site at various locations throughout Cape Cod. Past performances by the non-profit theater company have included Gilbert and Sullivan’s HMS Pinafore and the 1930’s comedy She Loves Me. To Kill A Mockingbird will take the main stage in November 2019. 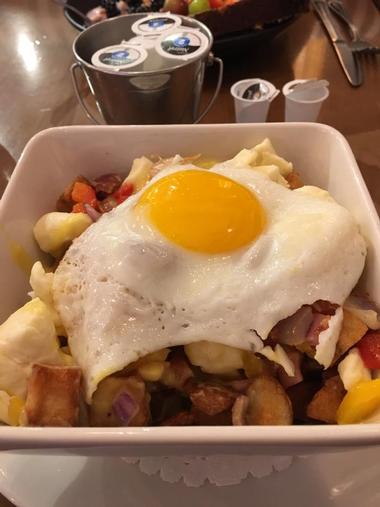 
The Wee Packet has been serving New England breakfasts, lunches and dinners to Cape Cod visitors since 1949. Begin the day with a traditional Irish Breakfast, enjoy a famous lobster roll with homemade cole slaw, try a New England clambake, or enjoy fresh local seafood for dinner. An updated bar makes cocktails and includes a list of fine wines and robust beers. Wee Packet offers both indoor and outdoor patio dining, and an adjacent gift shop in a refurbished 200-year old barn. The name refers to a small version of the “packet” ships, which were used in the 19th century to import and export goods between Boston, Cape Cod and the nearby islands. 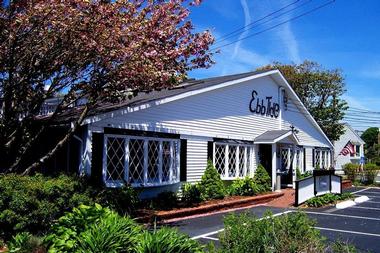 The Ebb Tide Restaurant offers fine dining and traditional Cape Cod dishes in an old sea captain’s home across from the beach in Dennis Port. The family-owned restaurant has been open since 1960, while the lounge was added in 1975, and the Garden Room in 1984. The restaurant offers classic dinners such as filet mignon, seafood fettuccine, and prime rib alongside fresh caught local fish such as broiled schrod, Atlantic salmon and lobster dishes. Three course dinners are available nightly and include either clam chowder or lobster bisque followed by your choice of entre and homemade dessert.

Joey’s Pizzeria is located in what was originally a gingerbread house in the 1950’s. In the year’s before it became a pizza shop, it has sold candy, ice cream, baked goods, and once operated as a bicycle rental shop. Today, the shop is home to Joey’s Pizza and is styled to reflect the décor of a classic 1950’s diner. The Italian thin-crust pizza is hand-tossed and made to order. In addition to pizza, Joey’s offers salads, subs, wings, smoothies, fried dough and beer, wine and cocktails. Paines Creek Oysters are brought in daily from Brewster, a Cape Cod tradition, served fresh or steamed.

The Harvest Gallery Wine Bar is a unique establishment combining owner Michael Pearson,s love of wine and art. Located next door to the Cape Cod Contemporary Art Museum in Dennis Village, the intimate gallery in a small blue house features the work of over 30 local sculptors, painters and photographers. Art is shown on a rotating basis. The wine bar includes wines from around the world among craft cocktails, beers, and a full food menu. Menu items range from local seafood, to pizzas, items to share, salads and homemade desserts. Live entertainment takes place Wednesday through Sunday during the summer season.

9 Best Things to Do in Dennis, MA