6 Best Things to Do in Beverly, MA 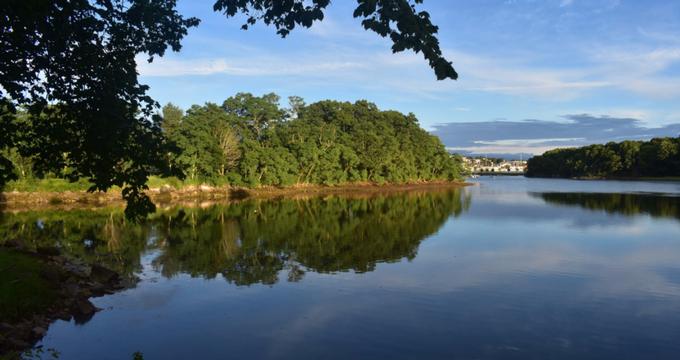 Beverly, MA, was once known as the Ryal Side, or Bass River Side, of infamous Salem, MA. After the Witch Trials, Beverly wished to separate itself from Salem, and in 1753, successfully succeeded in becoming its own town. While it maintains the small-town charm, Beverly is home to a large city population of over 39,500. There is a rich history for visitors to explore, though Beverly also is home to some stunning New England landscapes and outdoor retreats.

One of the few movie palaces still around in America, The Cabot is a Vaudeville stage and movie theater wrapped into one. Over the history of the 1920s theater, several owners have taken a stab at rebranding The Cabot, but today, it still stands with its primary purpose: to show movies and shows in style. Today’s guests can visit The Cabot for one of the fantastic shows, musical acts, comedies, or performances held throughout the week. Depending on when you visit, you may be able to see a live show or an affordable second-run of popular movies.

Built in 1912, Larcom Theatre Music and Performing Arts is another stage and screen theater in the Beverly area. It was named after Beverly-local poet and author, Lucy Larcom. Today, Larcom Theatre houses many cultural pieces and is currently family-owned. Music performances are less mainstream and instead look at music as a cultural piece, showcasing tributes to the greats, Like Sinatra, Peggy Lee, and Bob Marley. Comedy shows and variety acts are always changing. Culture hits its peak at Larcom with first-run plays and dance recitals. Be sure to plan ahead since the theatre’s capacity tops out at 600 for an intimate experience.

John Cabot built his home on Cabot Street in 1781. Today, the Historic Beverly John Cabot House is a part of the Historic Beverly group, which also includes the Balch House and Hale Farm, both built in the 17th century. Cabot house was the first brick mansion built in the area during the Revolutionary War and stands as a testament to the period. Different exhibits are held at Cabot House, including “Emerging from Salem’s Shadow” and “Set at Liberty” (about slavery in Beverly). When in Beverly, consider visiting all three homes to capture the feeling of early America.

Toscana Bar Italiano is the sister gastro bar to Toscana Ristorante located in Peabody, MA. Toscana strives for local, fresh ingredients that come from no further than a day’s drive away. For example, most seafood if from local fisherman, the honey if farmed by one of the employees, and the coffee beans are roasted in Salem. All food, like pasta, is handmade and never frozen. Be sure when you’re there to try the scallop risotto, pasta boscaiola, gnocchi fritti, or the stuffed long stem artichokes to name just a few. Then, be sure to order one of the house drinks, like a house-made ginger beer cocktail.


Bolivian cuisine is offered in Beverly, MA, at Fusion Andina. This South American cuisine is deeply rooted in Spanish cuisine and Andean ingredients, which is mostly tuber vegetables and cereals, such as quinoa. You’ll find some popular Spanish dishes like chicharrones, plantains, and yucca. Quinoa tends to be the star of many dishes, as its high in protein and gluten-free. Along with this, you’re more likely to find seafood dishes, which include squid, shrimp, scallops, and fish. Beans also play a huge role in dishes, with many soups featuring white beans native to Bolivia and Peru.


Named after their sons, Alex and Ben, A&B Burgers is the brainchild of Amy Constant and Thomas Holland. The restaurant wants to provide more than a casual burger experience with fine dining recipes, such as the sweet and salty burger, which includes fig jam, bacon, arugula, and burrata cheese. Just as spectacular as the burger options are the side options. Sweet potato fries and fried pickles are fantastic, but the bacon truffle fries really shine with any sandwich choice. A&B Burgers also serves up share plates, entrees, and a full bar with house cocktails.

6 Best Things to Do in Beverly, MA

16 Best Things to Do in Springfield, Massachusetts