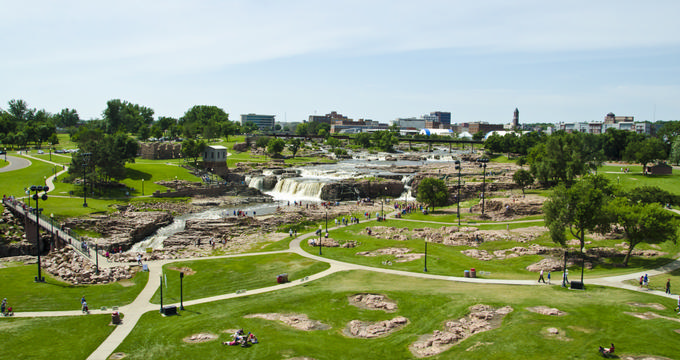 Located in the Midwest region of the United States, South Dakota is the 17th biggest state in terms of area but has the 46th largest population. This makes South Dakota one of the most sparsely populated states of America. The state covers a total area of 77,116 square miles and has borders with North Dakota, Nebraska, Montana, Wyoming, Iowa, and Minnesota. South Dakota has an estimated population of 869,000. The Missouri River runs through the center of the state, effectively dividing it into two separate sections which are known among South Dakota residents as 'East River' and 'West River'. The state is perhaps best-known for being the home of Mount Rushmore, one of the most iconic monuments of America and the state's most popular tourist landmark. The capital city of South Dakota is Pierre, while its largest city is Sioux Falls. Here are some additional facts, statistics, and overviews of the largest cities in South Dakota. Located in Minnehaha County, of which it is the county seat, Sioux Falls is the largest city in South Dakota. Some small parts of the city extend into Lincoln County, and Sioux Falls is located in the eastern part of the state. This city covers an area of 73.47 square miles and has an estimated population of 176,000, with over 259,000 people living in the surrounding metropolitan area.

The city is named after the Native American Sioux people and the nearby waterfalls of the Big Sioux River. As the largest city in South Dakota, Sioux Falls is a key cultural, commercial, and economic center for the state. The economy of Sioux Falls was initially based on agriculture but has grown and diversified over the years to include many new industries like finance, healthcare, food processing, and more. Situated in Penning County, of which it is the county seat, Rapid City is the second largest city of South Dakota. It is situated in the western part of the state and covers an area of 55.49 square miles. The estimated population of Rapid City is 74,000, with over 146,000 people living in the surrounding metropolitan area. Rapid City was founded in 1876 and incorporated as a city in 1883.

It was named after the Rapid Creek which runs through the city itself and is located near the Black Hills mountains, leading to its nickname of 'Gateway to the Black Hills'. Rapid City is a popular touristic destination for South Dakota due to its proximity to some of the state's most important landmarks like Mount Rushmore and the Crazy Horse Memorial. 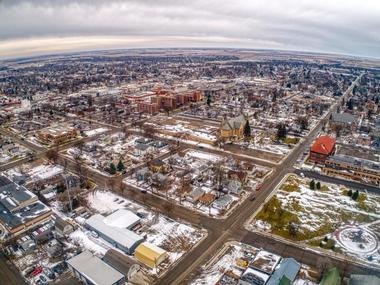 Located in Brown County, of which it is the county seat, Aberdeen is the third largest city in South Dakota. It is located in the northeastern part of the state and covers an area of 15.6 square miles. The estimated population of Aberdeen is 28,000, with over 43,000 people living in the city's metropolitan area.

Aberdeen was settled in 1880 and named after the city of the same name in Scotland. The city is a major educational hub for South Dakota, being home to two major institutions in the form of Presentation College and Northern State University. The city also boasts a lively arts and culture scene, as well as plenty of sporting teams and areas. 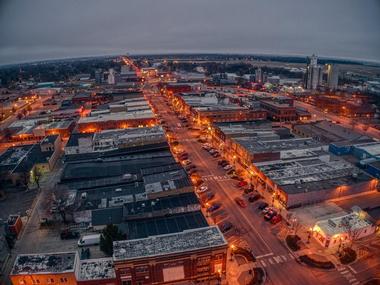 
Located in Brookings County, of which it is the county seat, Brookings is the fourth largest city in South Dakota. This city is situated in the eastern central part of the state and covers an area of 13.04 square miles. The estimated population of Brookings is 23,000.

Brookings is home to South Dakota State University, which is the biggest college in the state. The city is also home to the South Dakota Art Museums and hosts several popular festivals and annual events, as well as being a key agricultural and business hub for the eastern side of South Dakota. 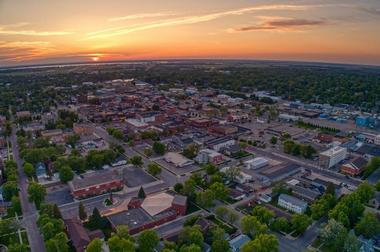 
Located in Codington County, of which it is the county seat, Watertown is the fifth largest city in South Dakota. It is the main city of the Watertown Micropolitan Statistical Area and can be found in the northeastern part of the state. Watertown covers an area of 25.04 square miles and has an estimated population of 22,000, with 28,000 in the surrounding metropolitan area.

The city was founded in 1879 and was named in reference to the city of the same name in New York State, which was the birthplace of the city's founders. South Dakota has some of the largest residential area in South Dakota and is considered one of the most expensive places to live in the state.

25 Best Things to Do in South Dakota

21 Best Things to Do in Sioux Falls, SD

20 Best Things to Do in Pierre, South Dakota

Where to Stay in South Dakota - 15 Beautiful Romantic Getaways