9 Best Things to Do in West Lafayette, Indiana 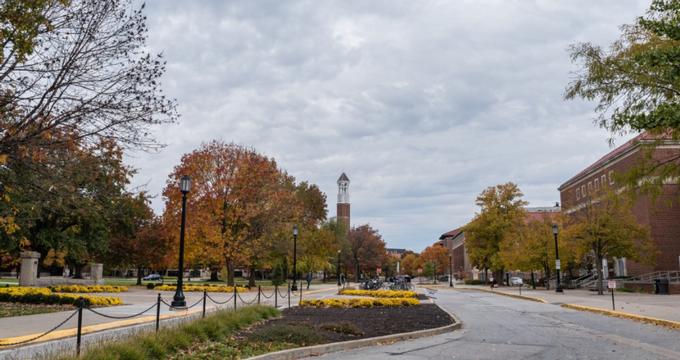 Located around an hour away from busy Indianapolis, the town of West Lafayette, Indiana is an iconic college town boasting a tasty food scene, a friendly local community, and a relaxed atmosphere. Along with the neighboring town of Lafayette, West Lafayette is a place “full of Hoosierr hospitality.” Home of the well-known Purdue University, the town offers many different things to do for people of all ages, including an array of sports at the university campus, historic architecture like the Samara House, history at the Fort Ouiatenon, and a number of restaurants serving delicious food. 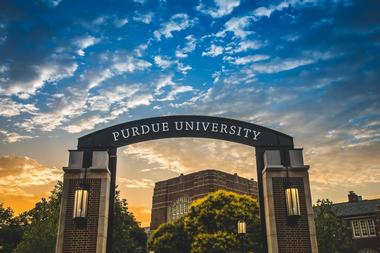 Purdue University in the town of West Lafayette is the Purdue University system’s flagship campus and a college for public research. Established in 1868, the university was named after John Purdue, who donated money and land to create a college of agriculture, technology, and science. Purdue is now part of the nation's Big Ten Conference and has eighteen intercollegiate teams. The university is also associated with thirteen Nobel Prizes and has alumni that include twenty-five American astronauts. Along with touring the grounds, visitors and locals alike can attend one of the many sporting events or arts performances on campus.

Known also as the John E. Christian House, the Samara House was designed by famed architect Frank Lloyd Wright and is an excellent example in West Lafayette of the Usonian homes he designed. The home was built between 1954 and 1956 and John E. Christian, the original owner, lived here until he passed away in 2015. The Samara House is named for the samara Wright found on the property, and was designed primarily to entertain students and faculty of Purdue University, featuring a living room built for fifty people and enough room on the stairs for people to sit.

The Ross-Ade Stadium is a unique and quaint stadium that has served as the home stadium of the Purdue Boilermakers since the middle of the 1920’s. The football stadium is named in tribute to David Ross and George Ade, two alumni of Purdue University who helped financially in the building of the new stadium. The actual field, however, is named RohrmanField. Both local residents of West Lafayette and visitors alike who love a good football game can attend one of the Boilermakers games during the football season and get a taste of the college football festivities and excitement.

, OH -- You are reading "9 Best Things to Do in West Lafayette, Indiana" Back to Top

Another sports facility on the campus of Purdue University in West Lafayette, the Mackey Arena is home to the basketball teams of the university, as well as occasionally hosts wrestling and volleyball home matches. The Mackey Arena Complex project was the most significant and comprehensive facility undertaking in the athletics history of Purdue University, bringing the campus landmark of more than forty years into the twenty-first century, while also still preserving its rich tradition and history. The concourse of Mackey Arena was almost tripled in size and more premium and accessible seating was added, along with three club spaces.

-- You are reading "9 Best Things to Do in West Lafayette, Indiana this Weekend" Back to Top 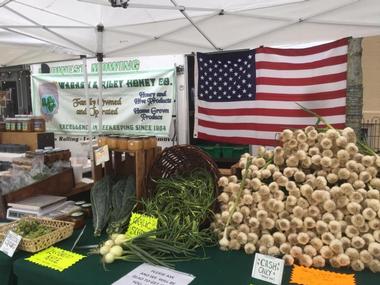 
The West Lafayette Farmers Market can be found in Cumberland Park on Wednesdays from 3:30pm until 7:00pm between the month of May and the month of October. The farmers market in West Lafayette, Indiana consists of a wide array of vendors offering baked goods, crafts, fresh produce, and many other items. The selection of products available at the market changes every week. Guests can enjoy live music and wines for local wineries as they explore the variety of items available for purchase, which include herb plants, vegetables, honey, flowers, popcorn, breads, and even dog treats among much more.

The Elliott Hall of Music in West Lafayette lies on the campus of Purdue University and serves as the university’s live performance theater. The theater’s main claim to fame is that it happens to be one of the world’s largest proscenium theaters, larger than the famous Radio City Music Hall. The music hall’s stage is also one of the country’s largest, roughly equaling the size of Hollywood’s Dolby Theatre. The Elliott Hall of Music is used for Hall of Music productions and is also the home of the Purdue Orchestras and Bands and the Purdue All-American Marching Band.

The Nine Irish Brothers is a traditional, award-winning Irish pub with locations in Indianapolis and West Lafayette, Indiana. This local family owned and managed eatery offers a wide selection of spirits with its full bar and premium Irish fare. Menu options at Nine Irish Brothers range from steaks to fresh salads to several Irish classics, such as Fish and Chips, Shepherd’s Pie, and Guinness Stew. The pub has been named as the “Best Irish Pub in Indiana” by Buzzfeed and Yelp, along with being named the "Irish Pub Worth Traveling For in Indianapolis” by TripAdvisor. 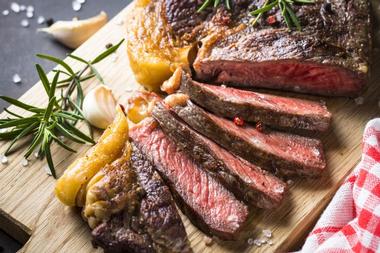 McGraw's Steak Chop and Fish House, located within a 200-year-old historic building in West Lafayette, provides riverside views combined with candles and ambient lighting for a warm and intimate dining atmosphere and a timber-themed interior. Popular dishes at the locally owned and operated restaurant include the seared scallops, filet mignon, French onion soup, the shrimp martini, the crispy shoestring onions, and for those with a sweet tooth, the creme brulee. The food McGraw's Steak Chop and Fish House is complemented by an extensive wine list, as well as award-winning service and a fine dining, yet simple dining environment.

9 Best Things to Do in West Lafayette, Indiana

You are reading "9 Best Things to Do in West Lafayette, Indiana " Back to Top

5 Best Things to Do in Auburn, Indiana

10 Best Things to Do in Kokomo, Indiana