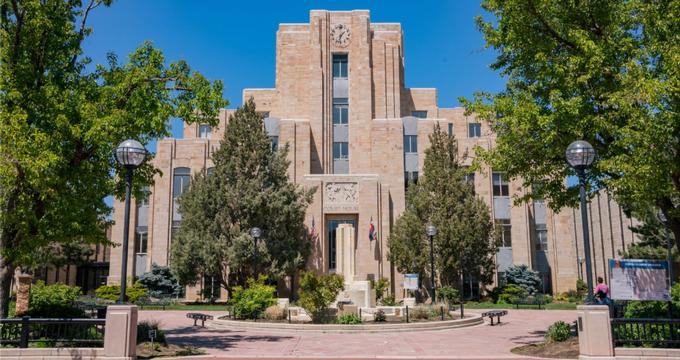 Boulder has been named as the United States' happiest city, known for its gorgeous natural wonders and vibrant craft cuisine and brewery scene. After taking in city attractions such as the beautiful Flatirons craggy rock formations and the renowned Fiske Planetarium, dates can enjoy a wide variety of cuisine options throughout the city's downtown district, including acclaimed restaurants such as Mediterranean-themed The MED and farm-to-table favorite Wild Standard. Craft brewpubs such as Post Brewing Company brew their own beers on site, while restaurants such as Frasca Food and Wine are home to renowned wine lists, perfect for sharing bottles over dinner. Many of the city's restaurants are known for their one-of-a-kind architecture, from the traditional Tajikistan-style Boulder Dushanbe Tea House to the legendary Flagstaff House, located at an elevation of more than 6,000 feet above sea level. 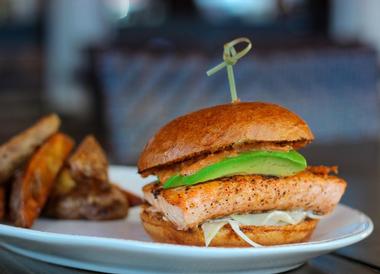 Zolo Southwestern Grill is a lively Southwestern-inspired dining destination located within the Village Boulder Shopping Center, best known for its extensive tequila library, which highlights more than 200 international varieties. The hip restaurant serves up south of the border cuisine infused with unique Coloradoan twists at lunch, dinner, and weekend brunch service throughout the week, offering indoor and seasonal outdoor patio services for diners. Hearty entree options include classic Tex-Mex fare such as tamales, enchiladas, and rellenos, served up alongside modern fusion dishes such as sweet potato tacos and ancho chili-teriyaki chicken skewers. Brunch menus pair favorites such as huevos rancheros and stuffed French toast with bottomless mimosas or Mexican classics such as horchata. 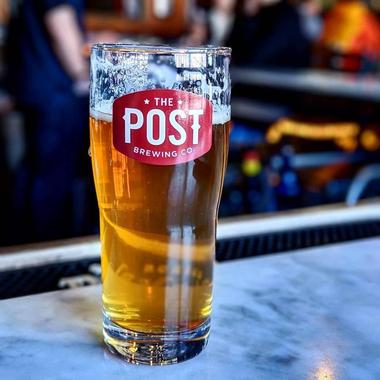 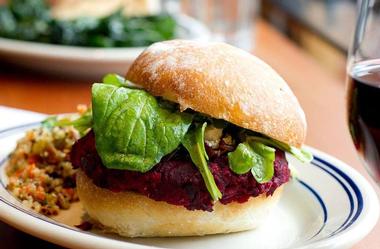 Next Door American Eatery is a casual American-style eatery chain offering several locations throughout the American West, including a location in downtown Boulder. The informal diner is known for its affordable, sustainable fare, making it a great choice for dates on a budget and dates looking to minimize their carbon footprint alike. Menus emphasize options for diners with dietary needs, including vegetarian and gluten-free dishes. Dates can enjoy health-conscious veggie bowls, Southwest-style tagos, clever gastropub burgers, or hearty deli sandwich favorites such as Cubans and chicken salad. An impressive menu of regional beers on tap is complemented by signature margaritas, daiquiris, and zero-proof cocktails. 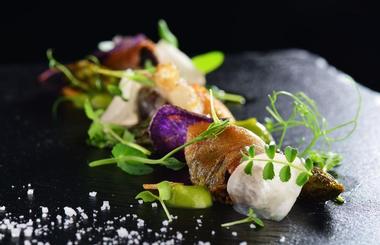 Corrida is a sophisticated Spanish steakhouse located within Boulder's Pearl Street Mall, housed within the fourth floor of the Pearl West Building. Guests can try elevated Spanish-inspired fare at lunch, brunch, and dinner service throughout the week while enjoying gorgeous mountain views from the restaurant's dining room and seasonal deck seating. An extensive menu of tapas and pintxos are available for sharing with dates, including patatas con chorizo, croquetas de jamon, pimientos rellenos, and albondigas. High-quality cheese and charcuterie platters are also served, along with elegant prime filets, ribeyes, and seafood dishes such as wood-fired octopus with braised bacon and piquillo puree. Beverage options include gin tonics, vermouths, and imported Spanish beers. 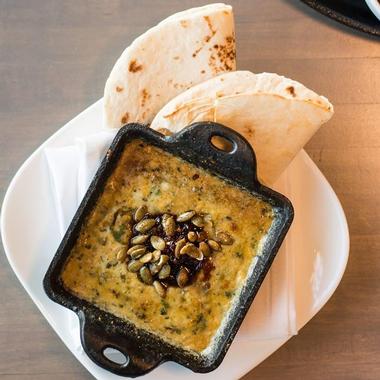 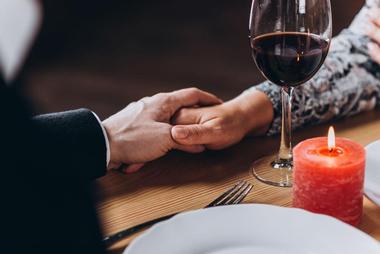 
Roadhouse is a unique dining experience housed within the historic Boulder Train Depot, located in the city's downtown district at the corner of Pearl and 30th Streets. The restaurant, which was opened in 2015, is the latest offering from the city's Roadhouse Holiday Group, known for their work at regional favorites such as Spanky's Roadhouse. Couples can dine in for brunch, lunch, dinner, and late-night service throughout the week, enjoying an extensive menu of elevated American gastropub fare. Build-your-own burgers offer topping options such as jalapeno cream cheese, kimchi, and fried eggs, while gluten-free and traditional flatbread pizzas come in varieties such as truffle mushroom and prosciutto asparagus. Clever shareable appetizers such as potato chip nachos can be paired with extensive selections of craft beer, wine, and cocktails. 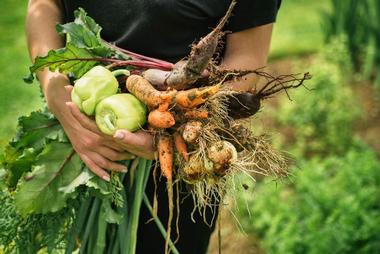 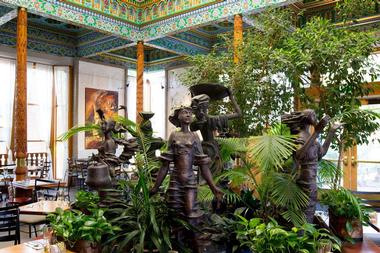 The Boulder Dushanbe Tea House is one of Boulder's top tourist attractions, known as one of the city's best spots for high-quality tea fare. The restaurant is nestled within beautiful Central Park along the banks of Boulder Creek, originally constructed according to Central Asian design traditions in Tajikistan and presented as a sister city gift to the city in 1990. Spectacular interior design elements include a mihrab motif "Tree of Life" panel series, an intricately-painted ceiling, and a series of sculptures meant to evoke the Nizami Ganjavi poem The Seven Beauties. Brunch and lunch service is offered throughout the week, highlighting Persian-style entrees such as tajik shish kabobs, chickpea kefta, and khoresh bademjan. 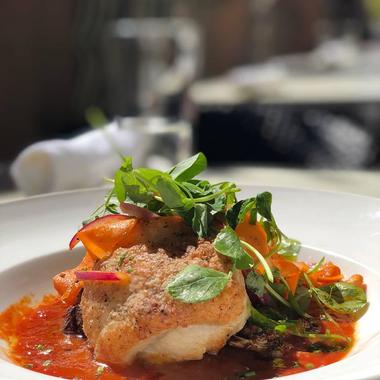 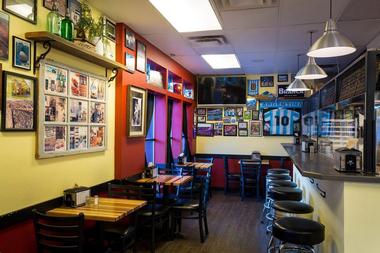 Rincon Argentino is a traditional Argentinian-style eatery located within the Village Boulder Shopping Center, opened in 2012 by Buenos Aires natives Christian and Karly Saber. The restaurant serves up classic Argentinian empanadas and entrees prepared with market-fresh ingredients, including a commitment to serving only locally-raised, natural meats. Empanada flavors served up throughout the day range from spicy steak and ground beef options to unique flavors such as caprese, spinach, and crimini and shiitake mushroom. Gluten-free tarta pies are also served, along with traditional Milanese, lomito, and tostado sandwiches. Imported Argentinian beers are served throughout the day, as well as yerba mate teas and espresso beverages. 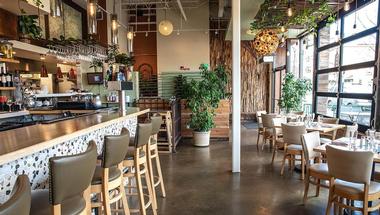 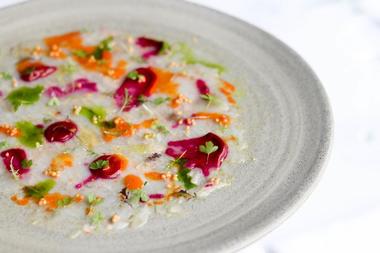 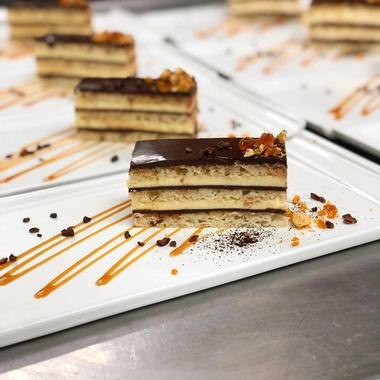 Flagstaff House has been named as one of America's most romantic restaurants by OpenTable, offering a once-in-a-lifetime dining experience atop gorgeous Flagstaff Mountain. The restaurant is located at an elevation of more than 6,000 feet above sea level, housed within the Flagstaff House historic building, which was originally constructed as a summer cabin home in 1929 and transformed into a restaurant in 1971. Today, the Forbes Four Star and AAA-Four Diamond restaurant is helmed by executive chef Chris Royster, known for its breathtaking New American cuisine and internationally-renowned wine list, which has received the acclaimed Wine Spectator Grand Award each year since 1983.

Places to eat near me, free points of interest, lakes near me, waterfalls, weekend getaways near me: Palisade, Vancouver Shopping 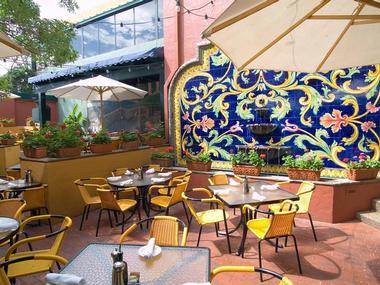 The MED has been named as Boulder's best restaurant by the Best of Boulder Awards, noted as one of the city's favorite first date destinations for its high-quality shareable tapas and affordable happy hour drinks. The Mediterranean-themed restaurant has been a staple on the downtown Boulder dining scene for more than two decades, offering lunch, dinner, and early and late happy hour service throughout the week. Excellent tapas options are crafted by executive chef Corey Cunningham, focusing on flavors and traditions common to Spain, Italy, Greece, Lebanon, and Morocco. Shareable family-style paellas make great date treats, served up alongside a world-class beer, wine, and cocktail program. 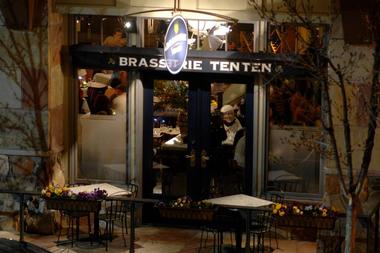 Brasserie Ten Ten is a delightful French-style bistro in downtown Boulder, originally opened to the public in 2003. The charming bistro is best known as the home of the famed Le Grand seafood tower, which stuffs three tiers to the brim with steamed shrimp, fresh mussels, lobster salad, and raw oysters. Refined entrees such as brique poulet, steak frites, and bouillabaisse are served up throughout the week at lunch and dinner, paired with an extensive selection of Colorado craft beers, fine wines, and signature cocktails. At brunch, diners can choose from delicious plates such as duck confit hash and traditional eggs Benedict paired with housemade cinnamon rolls, eclairs, and croissants. 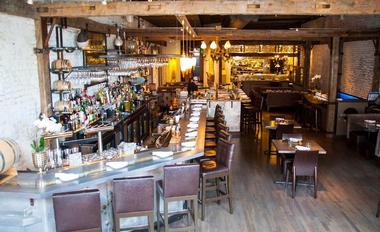 Wild Standard is the newest offering from the restaurant group behind Boulder's popular dining destinations Colterra and SALT, open for dinner and happy hour service nightly throughout the week. The farm-to-table restaurant, opened in 2015, emphasizes environmental sustainability in all of its cooking operations, making it a great choice for couples looking to minimize their environmental footprint. Sampler menus highlight delicious seafood options such as tuna poke, snow crab claws, West Coast oysters, and octopus escabeche, served up in courses with optional beverage pairings. A la carte entrees are also available, including chili pepper rockfish filets with Israeli couscous and wild Alaskan sockeye salmon prepared with locally-sourced vegetables. A high-quality beverage program focuses on biodynamic wines and cocktails named after famous women in history.

Where to Stay Near Rocky Mountain National Park

25 Best Things to Do in Colorado