One Day in Los Angeles For Art Lovers 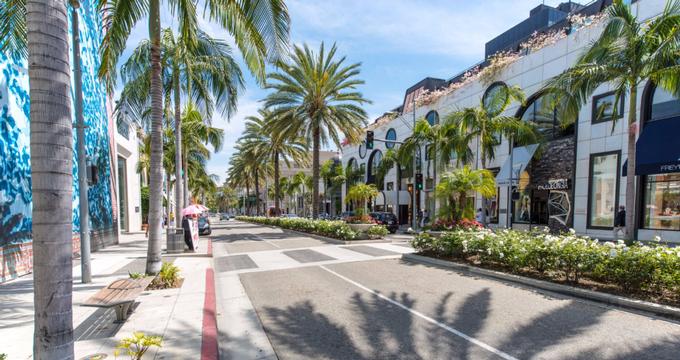 Los Angeles is known throughout the United States for its vibrant, experimental art scene, focused on cutting-edge works and site-specific installations. Hip art galleries such as Edward Cella Art and Architecture showcase works by emerging, mid-career, and established artists in a variety of media, while free-admission museums such as the Broad highlight legends such as Andy Warhol and Roy Lichtenstein alongside the nation's best currently-working contemporary artists. Art enthusiasts can hit up legendary institutions such as the Getty Museum or enjoy unique art and culture-focused experiences such as the midcentury-themed Pan Am Experience, presented by Air Hollywood. After perusing galleries, visitors can enjoy decadent fare at some of the city's hippest cuisine and nightlife spots, including the internationally-renowned restaurants and clubs of neighborhoods such as Brentwood and West Hollywood. 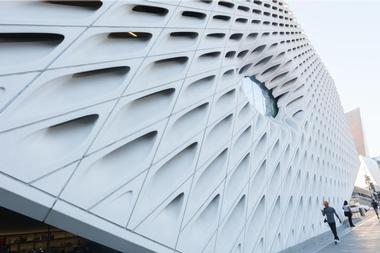 The Broad is a delightful free-admission contemporary art museum in downtown Los Angeles, named in honor of prominent area philanthropist Eli Broad. The museum, which was opened to the public in 2015, is located adjacent to the city's Walt Disney Concert Hall in an iconic honeycomb-like building designed by architects Diller Scofidio + Renfro. More than 2,000 works of contemporary art are showcased throughout the museum, representing the works of more than 200 prominent artists, including luminaries such as Andy Warhol, Roy Lichtenstein, Cindy Sherman, and Jeff Koons. After perusing exhibits, guests can dine at the museum's plaza restaurant Otium, which is helmed by executive chef Timothy Hollingsworth. 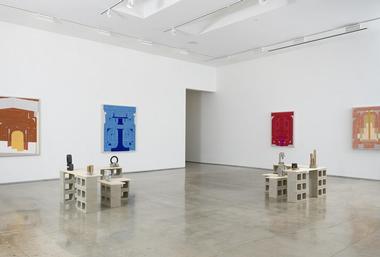 Edward Cella Art and Architecture is a lovely art gallery showcasing the works of emerging and mid-career contemporary artists, along with works by established architects. The gallery, which was originally opened on Wilshire Boulevard, moved to its present Culver City location in 2015, which was designed by architects Group Effort. The new modern space hosts a wide variety of interesting exhibits throughout the year, including works by artists such as Jill Moser, Chris Trueman, Aili Schmeltz, and Sara Carter. The gallery is open to the public Tuesdays through Saturdays during the afternoon hours or by appointment. 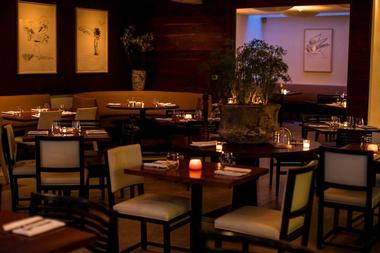 Vincenti Ristorante is a high-end Italian restaurant in Los Angeles' exclusive Brentwood neighborhood, originally opened in 1997. The restaurant has been acclaimed by publications such as Zagat and Los Angeles Magazine and has been noted as one of America's 50 best Italian dining destinations by The Daily Meal. Sophisticated entrees are prepared on a wood-burning oven, including roasted pork chops, racks of lamb, New York strip steak, and Jidori chicken stew. Elegant pasta preparations also take center stage, including inventive twists on favorites such as taglioni, paccheri, bucatini, and pappardelle. Menus change seasonally, highlighting locally-sourced and imported Italian seasonal ingredients. 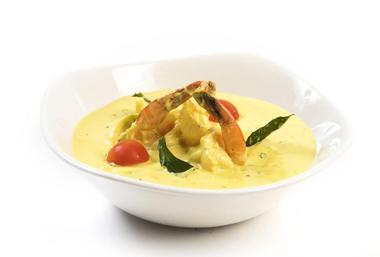 Spice Affair is a hip dining spot and lounge in Beverly Hills, originally opened in 2015 by executive chefs Nimish Bhatia and Anupam Bhatia. The opulent restaurant has been acclaimed as one of Los Angeles' best new spots by OpenTable and TripAdvisor, attracting celebrities such as Britney Spears and Stevie Wonder on a regular basis. Classic Indian fare gets a modern upgrade in dishes such as chicken kohlapuri, lamb shank vindaloo, Bombay tarkari tawa pulao, and amchure chole. Excellent appetizers such as duck dosa tacos are complemented by high-quality Indian-style rose and pistachio ice creams and unique drinks such as tandoor-smoked pineapple quenchers. Diners should note that reservations are strongly recommended due to the restaurant's popularity. 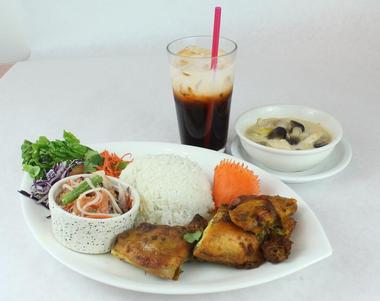 
Emporium Thai has been voted as one of the United States' best Thai dining destinations numerous times since its opening in 2000 by executive chef Gina Sungkamee. The family-operated restaurant has received major acclaim from publications such as Thrillist, Los Angeles Travel Magazine, and The Culture Trip, recognized for its high-quality authentic Southern Thai fare. Excellent takes on traditional favorites such as Massaman curry, Thai basil chicken, phuket lamb and duck, and turmeric sea bass are complemented by health-conscious takes on favorites such as pad Thai and pad see ew. Guests can choose their spice level on all dishes, ranging from mild level one entrees to extreme level 10 "Lava" settings. 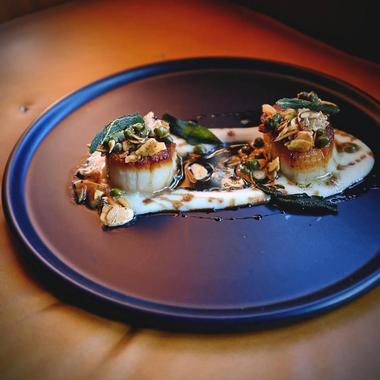 
Baltaire was originally opened in 2015 by executive chef Travis Strickland, known as one of Los Angeles' best spots for dining under the stars. The beautiful restaurant operates a stunning outdoor terrace seating area separated from its main airy dining room by elegant floor-to-ceiling glass doors, creating some of the most stunning dining ambiance in the city. Classy midcentury-style land and sea dishes include Dover sole, milk-fed veal chops, half roasted Jidori chickens, and prime cut steaks and filets prepared to diners' specifications. Full raw bar platters are available for two to four diners, along with prime label caviar selections and excellent lobster and shrimp cocktail plates. An extensive wine list complements a list of fine craft cocktails with clever ingredients. 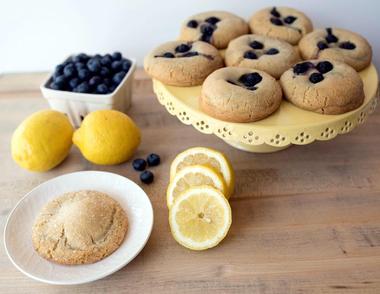 Milk Jar Cookies is the vision of cookie baker Courtney Cowan, who quit work as a television producer in 2013 to open a creative bakery spot with her husband Adam Tiller. The delightful cookie shop crafts hand-rolled cookies in house every day, baked in small batches throughout the day. Cookie varieties range from traditional flavors such as oatmeal chocolate chip and white chocolate macadamia to unique options like banana split and English toffee. All cookie selections can be paired with a roster of ice cream flavors from Fosselman's Ice Cream, including choices such as blue-colored Cookie Monster, red velvet, and rocky road. 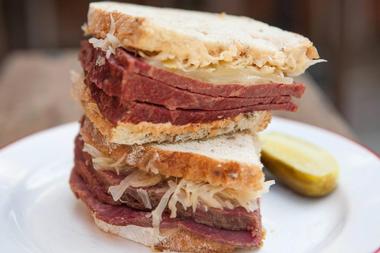 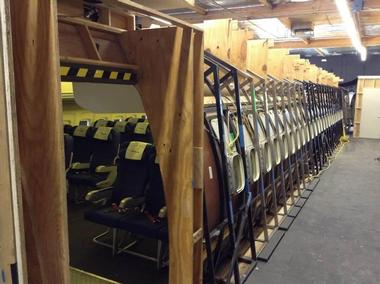 Air Hollywood is the largest aviation-themed film studio in the world, originally opened as a service to the motion picture and television industries of Hollywood in 1998. The unique attraction offers weekly retro events for aviation enthusiasts and fine dining connoisseurs, known as the Pan Am Experience, which was inaugurated in 2014 and designed by Talaat Captan and Anthony Toth. All guests are transported back to the heyday of luxurious 1970-era Pan Am flights, with historic aviation memorabilia lining the attraction's dining area. Guests can dine on an historic 747 jetliner and enjoy a unique five-course meal of Continental fare, including meats carved directly at diners' tables. Classic films play on televisions near flight seats, recreating an in-flight experience. 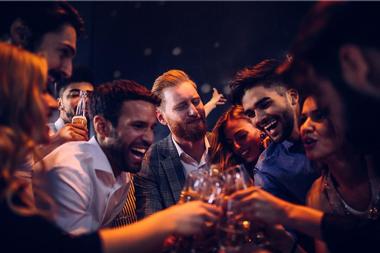 Bootie Mashup is one of the world's largest dance parties, hosting mashup DJ parties at prominent locales throughout the globe's hottest travel destinations. The event, which was founded in 2003 in San Francisco, creates creative party spectaculars at eclectic nightlife locations, spinning mashups of current and classic pop hits and throwbacks. Events are regularly held at Los Angeles hot spots such as Resident DTLA and El Cid, striving to create a dance party atmosphere where everyone of all ages and cultures feels welcome. Parties are also regularly hosted in locations such as New York City, Seattle, San Francisco, and Berlin. Special events hosted by the collective include the Midnight Mashup Show, which brings drag and burlesque artists, dance troupes, singers, and aerialists to the stage to dance along with hits. 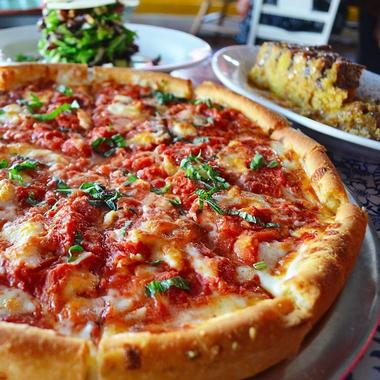 Masa of Echo Park is a family-owned pizzeria operated by married duos Rhonda Reynolds and Robe Rowe. The restaurant, which was opened in Los Angeles' Echo Park neighborhood in 2004, brings classic Chicago-style deep dish pizza pies to the West Coast, crafting all pies with organic and locally-sourced ingredients whenever possible. Pies are available in 10-inch, 12-inch, and 14-inch sizes, topped with classics such as buffalo mozzarella, sun-dried tomatoes, and sweet Italian sausage. Diners can build their own pizza pies or choose from a wide selection of hearty pasta, panini, and burger options. Vegetarian and vegan options are available, making the restaurant a great choice for diners with dietary restrictions. 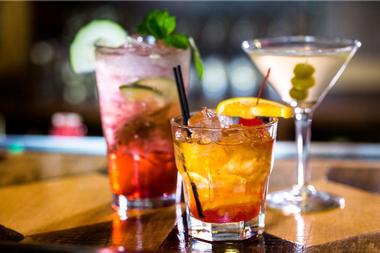 Riviera 31 has been voted as one of Los Angeles' sexiest bars by SOCIAL magazine and has been ranked among the top 10 best bars in the city by USA Today. The hip West Hollywood nightlife spot, originally opened to the public in 2013, showcases sensuous Baroque-style decor, including red and blue velvet sofas for lounging and a gorgeous gold Rococo ceiling. A creative cocktail menu is inspired by seasonal flower varieties, showcasing unique ingredients such as jasmine rice reductions, passionfruit, and peanut butter-flavored whiskey. Clever bar bites include selections such as crispy duck wontons, zucchini beignets, and Provencale-style flatbreads. Guests can enjoy eclectic jazz hits on Monday nights or party salsa-style on Wednesdays to the music of groups such as Angelo Pagan y Son Candela. 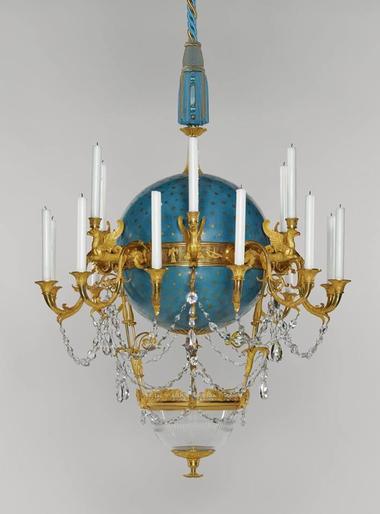 The J. Paul Getty Museum, commonly known as The Getty, is one of Los Angeles' premiere free-admission art museums, stretching across a two-building campus in the city's Malibu and Brentwood neighborhoods. The complex was originally founded in 1974 by prominent industrialist J. Paul Getty, meant to evoke the splendor of the Herculaneum's Villa of the Papryi. Today, more than two million annual visitors attend both museum facilities, including the Getty Center and the Getty Villa. Fine works of art on display span from pieces from Ancient Rome, Greece, and Etruria through works of the Middle Ages to contemporary art pieces by national and international luminaries. 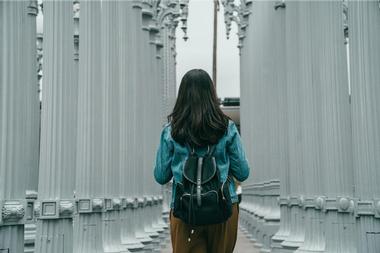 The Los Angeles County Museum of Art, commonly abbreviated as LACMA, is the American West Coast's largest art museum, originally established in 1961 after breaking away from collections at the Los Angeles Museum of History, Science, and Art. The delightful Museum Row institution, which is located adjacent to the famed La Brea Tar Pits, is located along Los Angeles' Miracle Mile and attracts more than a million annual visitors. Over 150,000 works are showcased as part of the museum's permanent collections, which span from ancient societies to the present day. Major exhibits have highlighted the works of international luminaries such as Pablo Picasso, along with globally-renowned artifacts such as pieces connected to Ancient Egyptian king Tutankhamun. Film and concert series are presented annually as special events.

One Day in Los Angeles For Art Lovers

20 Best Things to Do in Morgan Hill, California