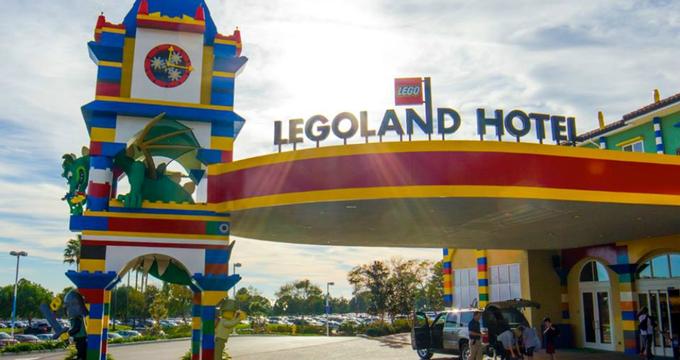 Situated just north of San Diego in Carlsbad, LEGOLAND® California Resort is a family-friendly themed play park with over 60 interactive attractions, rides, and shows for visitors of all ages. LEGOLAND® is also home to SEA LIFE® Aquarium and the LEGOLAND® Water Park – the first such park in the world. There is also a hotel at the resort that offers comfortable overnight accommodation and delicious cuisine. LEGOLAND® California Resort is one of several LEGOLAND Parks in the world, including LEGOLAND Billund in Denmark, LEGOLAND Deutschland in Germany, LEGOLAND Windsor outside of London, LEGOLAND Malaysia, LEGOLAND Florida in the U.S., and LEGOLAND Dubai.

The SEA LIFE® Aquarium is an interactive aquarium and marine park that offers visitors an interactive guide to the life of the sea. The Aquarium features interactive and hands-on learning activities, adventures, up-close encounters with sea creatures and a variety of fascinating educational talks.

Explorer Island is a dinosaur-themed exploration area of the park which features a large sand pit where children can ‘dig’ for fossils, a Gerstlauer-built mini steel roller coaster, and a replica of the LEGOLAND Deutschland roller coaster ‘Drachenjagd.’

Miniland USA is a miniature park that features a 1:20 scale model that features significant architecture and symbols from seven areas in the United States, built from more than 20 million LEGO bricks. Miniland USA also has a Model Shop, the primary design and building office for Legoland's US parks where visitors can watch master builders at work on new models.

Castle Hill is a medieval-themed area within the LEGOLAND® California Resort that features a miniature golf course, and Fun Town is an interactive role-playing area where visitors can simulate a variety of different professional identities or adult skills.

Designed to replicate Egypt in the 1920s, Land of Adventure features a range of attractions that take visitors back to the land of Pharaohs such as Pharaoh's Revenge, Beetle Bounce, Cargo Ace, Dune Raiders, and Lost Kingdom Adventure.

The Imagination Zone features a variety of activities where visitors have to use their imagination, including Maniac Challenge, where guests play LEGO PC games, and a Wild Mouse-style roller coaster called the Technic Coaster-Test Track. Other attractions include Build 'n Test, where kids can race Leg cars, Mindstorms, Maniac Challenge, Aquazone Wave Racers, and Bionicle Blaster.

LEGOLAND® California Resort is located at 1 Legoland Drive in Carlsbad and is open daily from 10:00 am to 5:00 pm. Fifteen restaurants and diners around the resort offer a variety of cuisine from burgers to pizza, and strollers and wheelchairs can be rented for guests with babies, small children, and disabilities.

Back to: Best Things to Do in Carlsbad, CA

Things to Do in Carlsbad, CA: Museum of Making Music