7 Best Things to Do in Shepherdstown, WV 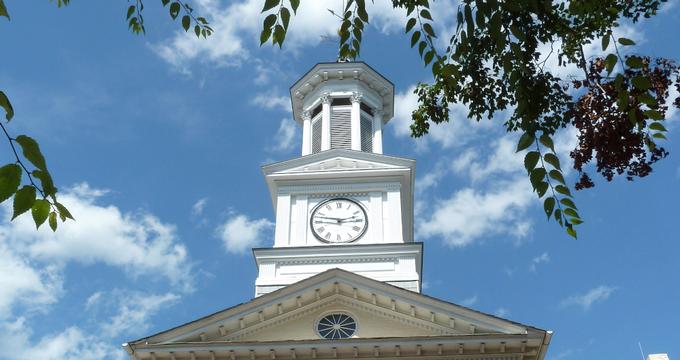 Shepherdstown is a lovely village on the banks of the Potomac River in West Virginia, located just across the Maryland-Pennsylvania line from the city of Sharpsburg. The city serves as a gateway to nearby Antietam National Battlefield, the site of one of the Civil War's most brutal and deadly battles. Each year, the city hosts the annual Contemporary American Theater Festival, which produces new works by American playwrights, including acclaimed world premieres. Other attractions include the Historic Shepherdstown Museum, which details the city's civic and social history, and the Shepherdstown Public Library, West Virginia's longest continually-occupied library building. CDC information for travelers. Hours/availability may have changed. 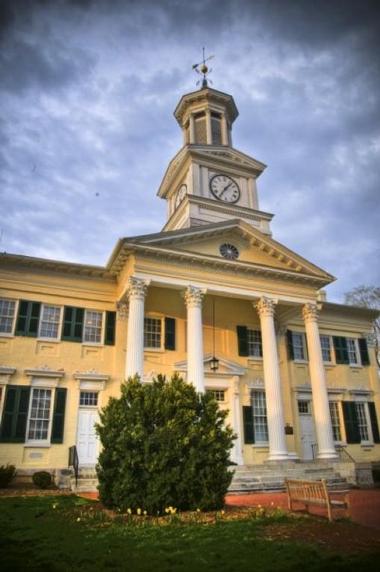 Shepherd University is a lovely public university in Shepherdstown, originally opened in 1871 under the supervision of the Board of Trustees. Today, the campus is home to a student body of over 4,000 students and is best known as the annual home of the Contemporary American Theater Festival, which showcases new plays by American playwrights. Since 1991, the festival has showcased over 100 works by over 70 playwrights, including more than three dozen world premieres and a plethora of second or third productions. Visitors can attend productions throughout the festival individually or get passes for tickets to see multiple plays over the course of the event. The campus' Ruth Scarborough Library circulates a collection of over half a million items, serving as a major repository for federal government publications. The George Tyler Moore Center for the Study of the Civil War also serves as one of the country's premiere resources pertaining to the history of the American Civil War.

Historic Shepherdstown Museum is a nonprofit museum that was founded in 1983 to preserve and present the social history, culture, and architecture of the Shepherdstown region and foster public understanding of the city's civic history throughout the years. The museum is located within the historic Entler Hotel, which is listed on the National Register of HIstoric Places as part of the Shepherdstown Historic District. Visitors can explore the museum's exhibits Saturdays and Sundays between April and October, showcasing preserved hotel rooms and recreated historic spaces. Upstairs, a recreated hotel bedroom supposedly hosts the museum's resident ghost, William Payton Smith, who was mortally wounded in a duel in the summer of 1809. Other exhibits include the James Rumsey Boathouse Museum, located directly behind the museum, which showcases the city's connection to the development of the steamboat.

Shepherdstown Public Library is West Virginia's longest continually-occupied library building, housed within the city's historic Old House Market. The library was established in 1922 by the Shepherdstown Women's Club and is connected to a larger library system operating nine libraries throughout West Virginia. An interlibrary loan system circulates items throughout the mid-Atlantic region, including periodicals, newspapers, e-books, and multimedia items. Visitors can explore the lovely Old Market House building, which was originally constructed in the early 19th century and has also housed the city's fire department, town council, and jailhouse. Computer labs are available for public use, featuring 26 internet-access computers. Regular events hosted at the library include storytime events for infants, toddlers, and preschoolers.

Marinoff Theater is a charming theater and multipurpose event venue that has hosted major arts performances and educational programming for the Shepherdstown area since 1991. The 180-seat theater is a venue connected to the Contemporary American Theater Festival, hosting new works by American playwrights each year. The festival has been named as one of the nation's top theater festivals by internationally-renowned publications, including the New York Times and American Theatre. Each summer, the venue hosts six new plays, many of which are world-premiere works. Visitors can also explore rotating art gallery exhibits at the theater's gallery space or participate in regular workshops at its graphic design studio and workshop spaces.


Elmwood Cemetery serves as the final resting place for more than 250 Confederate soldiers killed during the Battle of Antietam, one of the bloodiest and most important battles of the American Civil War. The cemetery was conveyed in 1980 as part of the Shepherdstown Presbyterian Church facility, originally encompassing one acre. It was officially dedicated in its present form as a monument to the area's deceased Civil War soldiers in 1869. Today, it is open to the public, honoring those who died at area hospitals during the war and were interred on its grounds. Important gravesites at the cemetery include Henry Kyd Douglas, a staff member of General Stonewall Jackson. Two Revolutionary War veterans are also buried at the site, along with several deceased veterans of the War of 1812 and the First and Second World Wars.


Bistro 112 is a lovely neighborhood French bistro in historic downtown Shepherdstown, owned and operated by restaurateur Deb Tucker. The restaurant is housed within a lovely brick building that dates back to approximately 1830, formerly home to a haberdashery, cigar business, and personal residence. Artisanal French fare is crafted from local ingredients, served up at affordable prices for diners to enjoy on a budget. Soft, sensual decor evokes the south of France, flanked with displays of art collected by Tucker in her travels over the years. Diners can enjoy delicious entrees throughout the week, including house specialties like blackened French Moroccan dry-rub duck breast with tuxedo orzo and chutney, half roasted chickens de Campagne, and French-style grilled steaks with peppercorn sauce and frites. Shareable appetizers include fine charcuterie boards, housemade pate with peach chutney, and mussels drenched in creamy garlic wine sauce.

The Bavarian Inn is the award-winning restaurant experience of the inn of the same name in Shepherdstown, offering several lovely German and American-style dining experiences ranging from casual bar fare to upscale full-service dining. The inn's main dining room, located within its Greystone Manor building, serves up international cuisine offerings throughout the day, including German-style favorites like wienerschnitzel, schweinebraten, and sauerkraut-garnished weisswurst, bratwurst, and knackwurst. Gourmet internationally-influenced fare ranges from New Zealand lamb racks with allium chimichurri to chicken-fried soft-shell crab served with sorghum and buckwheat waffles. Casual fare is served up at the Rathskeller, which features European-style pub decor and live music performances on the weekends.

7 Best Things to Do in Shepherdstown, WV

12 Best Things to Do in Fairmont, WV