7 Best Things to Do in Lewisburg, West Virginia 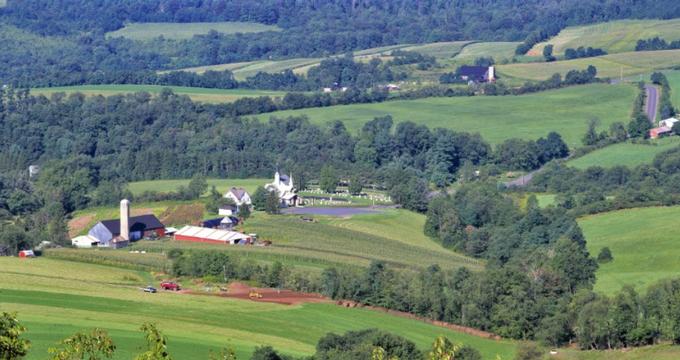 Lewisburg is a small city in Greenbrier County, West Virginia. Lost World Cavern located just outside Lewisburg and are is a series of natural underground caverns with fascinating terraced pedestal-like stalagmites, curtains, flowstone, rimstone, domepits and waterfalls. The North House Museum tells the fascinating stories about the lives of Greenbrier Valley residents. Carnegie Hall, Inc. is a regional cultural center and one of four Carnegie Halls in the world continuously used as performance centers. The Old Stone Church is a historic Presbyterian church located in the two-story, rectangular limestone building built in 1796. Trillium Performing Arts is a community based performing arts organization and school. Certain attractions may be temporarily closed or require advance reservations. Hours/availability may have changed. 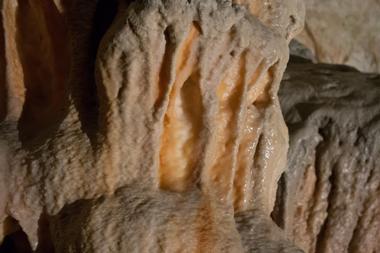 Lost World Caverns, located just outside Lewisburg, West Virginia, is a series of natural underground caverns featuring fascinating terraced pedestal-like stalagmites, curtains, flowstone, rimstone, domepits and waterfalls. The only entrance to the cave that was originally named Grapevine Cave was through a deep vertical drop local farmers used to dump trash. The cave was discovered in 1942 by the staff of the Virginia Polytechnic Institute and State University. The cave was officially surveyed in the 1960s and found to have more than a mile of interconnected passages. Some of them are 245 feet below the surface. The remains of a prehistoric cave bear were found in the cave in 1967. In the early 1970s, the owner of the land on which the cave is found removed the trash, installed walkways, dug out the entrance and invited tourists to come. Today there is a small gift shop and dinosaur museum at the entrance. 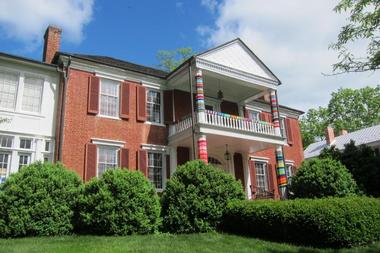 The North House Museum in Lewisburg, West Virginia, tells the fascinating stories about the lives of Greenbrier Valley residents. The museum occupies a former home of the local lawyer John North and his wife Charlotte built in 1820. The house went through several incarnations before becoming the museum. The Greenbrier Historical Society had its headquarters in the North House since 1976. It has owned the building since 1992. Today, the house hosts the museum’s permanent displays and temporary exhibits, featuring diverse items from across the Greenbrier Valley. Some of the more interesting exhibits are General Robert E. Lee’s training saddle, Civil War artifacts, an 18th century covered wagon and furniture made by local craftsman David Surbaugh. The exhibits cover the period from early settlements to the Civil War and beyond. Free guided tours of the museum are offered Monday through Saturday from 10am to 4pm.

You are reading "7 Best Things to Do in Lewisburg, West Virginia" Back to Top

Located in Lewisburg, West Virginia, Carnegie Hall, Inc. is a regional cultural center that serves the Allegheny Mountains. Monroe, Greenbrier, Pocahontas and Summers Counties and 73,000 people. Carnegie Hall offers regular live performances by artists from around the world, classes, workshops, arts in education programming, fine art exhibits, and more. Carnegie Hall, Inc.’s original structure was designed by architects Barrett & Thompson in 1902 in the Georgian Revival style. Named for the philanthropist Andrew Carnegie, Carnegie Hall in Lewisburg, West Virginia, is one of only four Carnegie Halls in the world that is still in use as a performance venue. The hall replaced one of two buildings at the Lewisburg Female Institute that burned down in 1901 and provided the Institute, later named the Greenbrier College for Women, with classrooms, studios, a laboratory, and an auditorium. After Greenbrier College closed in 1972, the college campus was used for a while as the Greenbrier Center, a school for individuals with special needs. In the early 1980s, local residents formed Carnegie Hall, Inc. to save the building from demolition and made it a performance venue, gallery space, and arts education programming.

You are reading "7 Best Things to Do in Lewisburg, West Virginia" Back to Top

The Old Stone Church is a historic Presbyterian church located in the two-story, rectangular limestone building in Lewisburg, Greenbrier County, West Virginia. It was built in 1796 of local limestone with 22 inches thick walls. Its addition was built in 1830. The structure features an open cupola belfry and during the American Civil War served as a hospital for soldiers from both sides of the conflict. The building is the oldest church still in use west of the Allegheny Mountains. There is a cemetery next to the church that contains headstones of some of the early settlers. Rev. Benjamin Grigsby dedicated the structure, originally named Lewisburg Presbyterian Church.

You are reading "7 Best Things to Do in Lewisburg, West Virginia this Weekend with Friends" Back to Top or More places to see near me today, what to do, weekend trips


Trillium Performing Arts is a community based performing arts organization and school that serves the Greenbrier Valley of southern West Virginia. Their mission is to encourage artistic expression through participation, education and performance. Trillium was officially incorporated in West Virginia In 1982, and moved into studio space on Washington Street in Lewisburg to teach dancing classes and choreographing original dance. In 1992 Trillium received federal non-profit status. In 2007, three board members, Ann Davis, Lin Preston, and Larry Levine formed ALL Arts, LLC. and purchased the Historic 1939 Lewis Theatre building. By late 2009, the first phase of renovation of the historic building was complete, and Trillium was able to host its first concert production in its new home at the Lewis Theatre.

You are reading "7 Best Things to Do in Lewisburg, West Virginia this Weekend" Back to Top or Restaurants near me, stuff to do near me


Located on Washington Street in what was once the Clingman's Market in Lewisburg, West Virginia, the Stardust Café is a popular bright, spacious and modern restaurant famous for its complex gourmet sandwiches and creative salads. Try everyone’s favorites Trust Me Salad with a mix of goat cheese, avocado, mixed greens, home-made granola and grilled chicken. The menu focuses on fresh dishes with Mediterranean flair, made from seasonal fresh and often organic ingredients. The meats are local and sausages are home-made, dairy is organic and coffee is direct trade. Breads and pastas are fresh and locally made. The wines are from all over the world and there is a nice selection of micro-brews.

You are reading "7 Best Things to Do in Lewisburg, West Virginia" Back to Top or More must do for couples, what to do near me, places to visit this weekend

Located in Lewisburg, West Virginia, the Livery Tavern is an upscale, elegant interpretation of a mid-1800’s tavern, cozy, with an open beamed ceiling, a wood-burning fireplace, stone walls, cozy private booths, white tablecloths, a full bar and a lovely outdoor patio. The menu also follows the tavern theme, offering dishes such as grilled venison, quail, lamb and two- inch bone-in rib eyes. The kitchen follows the farm-to-table philosophy, sourcing ingredients from local farms whenever possible. The Livery is a wonderful spot for any celebration, for a special date or a big party. The bar is fully stocked and there is an extensive wine selection.

You are reading "7 Best Things to Do in Lewisburg, West Virginia" Back to Top or More tourism, attractions for couples, food, things to see near me today

7 Best Things to Do in Lewisburg, West Virginia

You are reading "7 Best Things to Do in Lewisburg, West Virginia " Back to Top

6 Best Things to Do in Shepherdstown, West Virginia

6 Best Things to Do in Summersville, West Virginia