11 Best Things to Do in Charles Town, West Virginia 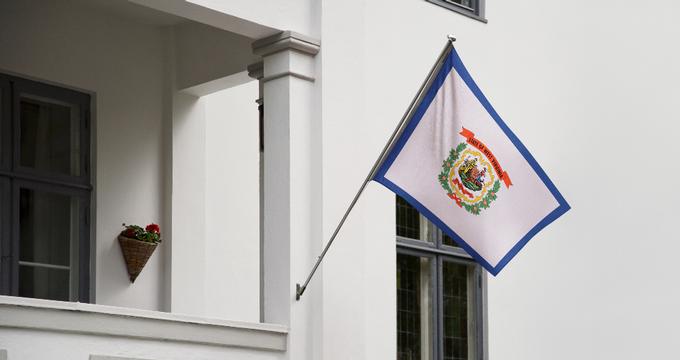 Charles Town is a historically significant small town in Jefferson County, West Virginia. Built by the Washington family within a mountain pass where the Shenandoah and Potomac Rivers meet, Charles Town offers beautiful outdoor landscapes and several historic sites. The Shenandoah Valley town is ten minutes from Harper’s Ferry, and home to several significant Civil War battle sites, as well as original homes and farms belonging to George Washington and his family. 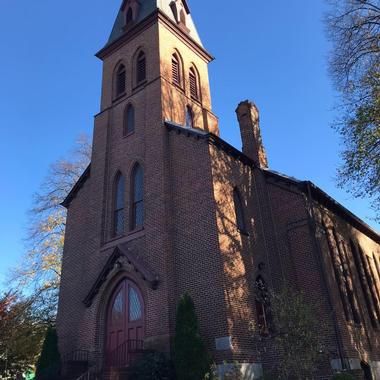 Zion Episcopal Church dates back to 1818. The current building was dedicated in 1851. During the Civil War, the church was used as barracks for Union soldiers who destroyed the building’s interior. It was subsequently refurbished and a new steeply was added in 1883. Notable figures buried at the church include over 70 members of the Washington family, Thomas Jefferson’s great grandson, and Confederate Colonel Preston Chew. Close to 90 Confederate soldiers are buried there and two officers of the Revolutionary War. Graves older than 1818 were moved to Zion from nearby sites. Visitors are invited to worship at the church and attend events, or stroll through the historic graveyard. 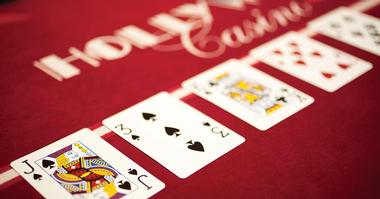 The Hollywood Casino at Charlestown Races is located just east of Charles Town in West Virgina. The horseracing facility is best known as the home of the West Virginia Breeder’s Classic, although it’s among the busiest tracks in the country, with races scheduled nearly 5 days a week year long. Other popular races include the Charles Town Classic and the Sprint Festival. Gaming facilities at the Casino include sports betting, table games, and over 3,000 slot machines. Gaming was introduced to the then 75-year old track in 2009. An on-site hotel, The Inn at Charles Town, offers fine dining, sports bar and food court. 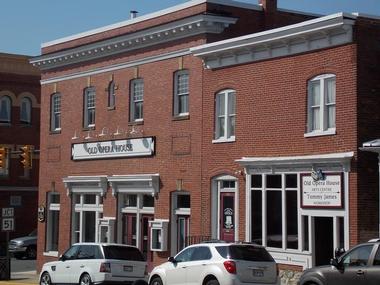 West Virginia’s Old Opera House was built in 1910 thanks to the fundraising efforts of Annie Packette, a descendant of George Washington. The classic theater went dark in 1948 with the arrival of the cinema. The Old Opera House Theatre Company was incorporated in 1973 with a mission to restore the theater for use in local productions. The doors reopened in 1976 with a production of My Fair Lady. Today, the theater hosts six annual main stage productions, an annual one-act play festival and summer youth productions. Dance and theater classes are offered for both children and adults. An art gallery on the theater’s lower level showcases local works, while an adjacent thrift store sells gently used items to support ongoing restoration and programs.

, OH -- You are reading "11 Best Things to Do in Charles Town, West Virginia" Back to Top

The Jefferson County Museum is partnered with the Jefferson County Library in Charles Town’s historic downtown. Founded in 1965, the museum is dedicated to preserving the history of the county and region. Permanent exhibits at the museum include a display on the Native Americans of the Shenandoah Valley, archives and documents related to the Washington family in the 18th and 19th centuries, slavery in the region, and every day life in the 19th and 20th centuries. A Civil War exhibit and an exhibit on John Brown’s raid on Harper’s Ferry are accompanied by an exhibit on slavery, designed in partnership with the Jefferson County Black History Preservation Society. In total, the museum is home to over 2,000 artifacts and 4,000 photographs and documents.


Charles Town’s Jefferson County Courthouse was the first in the county, built in 1803. The current Georgian style red brick building with an iconic Greek columned porch was built in 1836 and topped by a unique square domed clock tower. The courthouse is most famous as the site of two major trials for treason. The first, in 1859, was the trial of John Brown, accused of treason against Virginia in his attempt to overthrow slavery. The second, 1922 of coal miners accused of attempting to unionize, an act of treason against the state following the Battle of Blair Mountain, the largest labor uprising in the United States.

-- You are reading "What to Do in Charles Town, West Virginia this Weekend" Back to Top 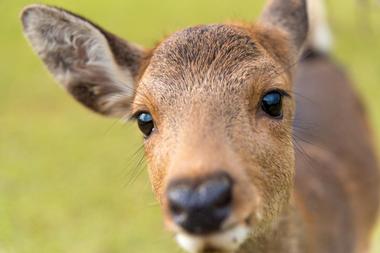 
The Cool Spring Nature Preserve protects 32 acres of marshes, meadows and forest, and is bordered on one side by the historic Bullskin Run stream, where George Washington made his first land purchase in 1752 at the age of 22. Structures within the preserve include the 1869 cottage belonging to Susan B. Thornton, a freed slave who purchased her one acre property for $1. The Potomac Valley Audubon Society Nature Center is also located on site, and includes close to 2 miles of easy walking trails, and indoor and outdoor classroom space to host programs and events. Located within the Chesapeake Bay Watershed, the preserve is home to 18 rare West Virginia Plants and the equally rare Shenandoah Wet Prairie Marsh. The birding hotspot protects 12 environmentally sensitive areas.

Beall-Air is the historic home of Colonel Lewis William Washington. A hostage in abolitionist John Brown’s 1859 raid on Harper’s Ferry who would later identify Brown to the US soldiers, the Colonel was also a great-great nephew of George Washington. The classic revival style home is two-storied brick stucco with a small front portico flanked by four white columns. While the rear of the home is thought to have been built prior to 1800, the façade and front portion of the home were built in 1820. The home was added to the National Register of Historic Places in 1973, and is much better known for the legend of Colonel Washington than for the architecture itself.

Abolitionist Ale Works is a craft brewery with a mission to rebel against the status quo within the beer industry. The brewery makes flavorful, fun beers including IPA’s, sour beers, an Irish stout, English bitter, wheat beer and smoked beer. Previously known as Front Porch Brewing, the brewery changed their name in 2017. Events at Abolitionist Ale Works include an open mic night every Tuesday, Live Music on Fridays, and twice monthly stand up comedy. The brewery serves a menu of artisanal pizza and appetizers. Upstairs at the brewery are one and two bedroom vacation rental apartments, each comes with a free growler for long weekend stays.

Ruby Tuesday is a classic American restaurant serving handcrafted burgers and other American fare. The company was founded in 1972, and now has over 700 locations worldwide. Dinner menu items include seafood, chicken, steaks and pastas. Ruby Tuesday is well known for their 100% USDA Choice Beef prime graded burgers with pretzel buns. The restaurant’s famous Garden Bar allows guests to make their own salad from a choice of over 50 fresh ingredients. Every Tuesday a child’s meal is free with the purchase of an adult entry. A full bar menu offers Happy Hour specials, signature cocktails and spiked teas and lemonades.

, Michigan beaches -- "Best Things to Do in Charles Town, West Virginia for Locals & Tourists - Restaurants, Hotels" Back to Top

The original Waffle House opened in 1955. The restaurant chain has since become a beloved icon of the American South. While the focus is on breakfast all day long, Waffle House restaurants are open 24 hours and serve lunch and dinner as well. Good food fast is the mission, and Waffle House takes pride in serving quality sit-down meals at fast food speed. Breakfast favorites include flavored waffles, omelets, steak and eggs. A lunch and dinner favorite is Bert’s Chili, named for the employee that created it in the early 1980’s. Alice’s Iced Tea is a sweet tea drink made from Royal Cup China black tea. Royal Cup has also provided the chain’s coffee since 1972, made of highest grade Arabica beans. 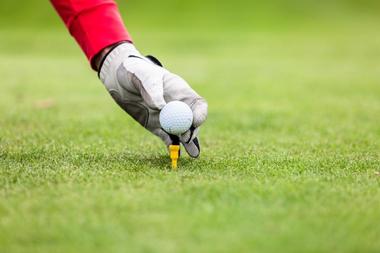 Located in historic Charles Town, Locust Hill Golf Course offers eighteen holes for an excellent golf experience for both visitors and local residents alike. Ranked as number five of the best public access golf courses in West Virginia by Golfweek Magazine, Locust Hill has also been given a 4-Star Rating in several editions of Golf Digest Magazine. A golf course for all skill levels, Locust Hill Golf Course features four tee sets on each hole and every tee provides challenges across more than thirty acres of streams, ponds, and lakes. Another highlight is the course’s backdrop of the beautiful Blue Ridge Mountains.

11 Best Things to Do in Charles Town, West Virginia

You are reading "11 Best Things to Do in Charles Town, West Virginia " Back to Top

7 Best Things to Do in Frankfort, Michigan

12 Best Things to Do in Cadillac, Michigan