10 Best Things to Do in Columbia, TN 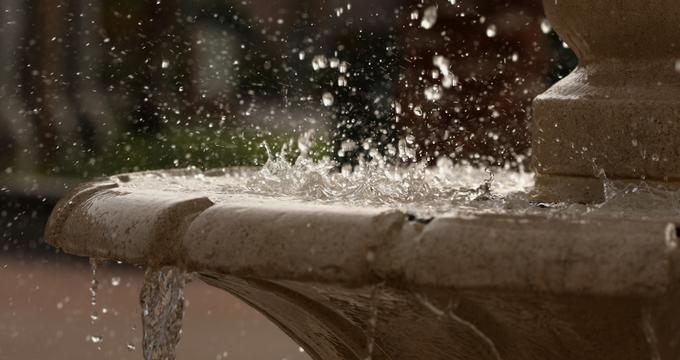 Columbia is a small town in Tennessee, just 45 miles south of Nashville, TN. The historic downtown is vibrant, with a live music scene, a main street with vintage shops, national landmarks, and restaurants featuring locally sourced menu items. The new Columbia Arts District is next to downtown and displays funky and creative artwork that was brought to life by locals artists and artisans. Southern hospitality and community pride is ingrained in Columbia’s culture and felt by those who visit. Some of the major attractions here include historical museums, churches, parks, breweries and a vintage marketplace.

Chickasaw Trace County Park covers 300 acres and is best known for its hiking and mountain biking trails. In 1992, the Director of Parks and Recreation, Bob Martin, had a desire to build a trail to accommodate mountain bikers and hikers. Once it was agreed upon, 8.5 miles of single loop track was added to the park for beginners and expert riders alike. When entering the trail in the clockwise direction, the first 3.5 miles are mostly flat. In the final five miles, called the “Trail of Tears,” the trail is more difficult. The loop has several entry and exit points, making it accessible to leave or re-enter. 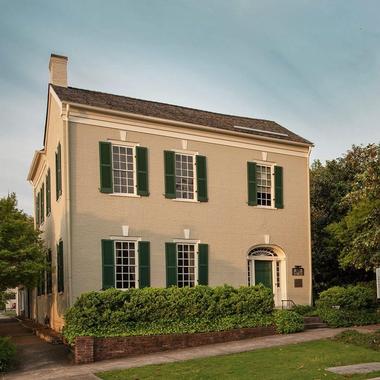 The President James K. Polk Home and Museum honors the late President James Polk. He was the 11th President of the United States and his home in Columbia is his only surviving private residence. And in 1961 it became a National Historic Landmark. Samuel Polk, James’ father built the house in 1816 and President James Polk lived there for six years on and off again. President Polk’s home and museum is a historic site that is open to the public for guided tours. During the tour, there are original and traveling exhibits relevant to Polk’s Presidency and American society and culture during his era.

In 1837, James and Nathaniel Dick wanted to give their sister, Sarah Todd a gift, so they built her a house. And today that house is called Elm Springs. Many years after Sarah Todd and her family passed away, the Akin family purchased the home around 1910. And several decades later, the Gillham family purchased the home in 1985 to restore it almost entirely to its original state. In 1986, Elm Springs was added to the National Register of Historic Places. The home is open for tours and educates visitors about the history of the home before, during, and after the Civil War.

Blue 32 Vintage Marketplace opened in 2015 right outside of downtown Columbia. Then, one year later, the Marketplace moved into the building that was formerly JC Penney. This historic building was much larger than the original location and needed renovation, but the owner knew it was perfect. During the grand opening, 30 vendors brought a mix of goods and clothes from various styles to sell at the store. Just nine months after the grand opening, 5,000 more square feet was added, plus a restaurant, and 25 additional vendors, who are vintage dealers and talented artisans.


St. John's Episcopal Church was built during the years 1839 to 1842 in Ashwood, TN, only six miles from Columbia, TN. Bishop Leonidas Polk build the Church and it was very active during the first few decades. However, once the Civil War broke out in 1861 it was ransacked and then served as a hospital for the Confederate States Army. After the war, Church services resumed, but due to low attendance services ceased in 1915. Although St. John’s Episcopal Church is no longer an operating church, it’s open once a year for services. Outside the Church is a graveyard and the burial site for the Episcopal Bishops of Tennessee.


The home that later became the Athenaeum Rectory was completed in 1837 by Nathan Vaught. It was intended for Samuel Polk Walker, nephew of President Polk. Yet, Samuel never lived in the home. The first family to live there was Rev. Franklin Smith, his wife and children. By 1852, Rev. Smith built and opened a private school for girls, called the Athenaeum, meaning “seat of knowledge.” The Athenaeum operated until 1904. Several years later, in burned to the ground in 1959. All that remains is the Smith’s home, now called the historic Athenaeum Rectory. After it was donated to the APTA, it began operation as a museum.

Asgard Brewing is a Craft Microbrewery that produces and sells craft beers to customers at their downtown location. They also distribute their beers to local vendors and restaurants, and for local parties and events. At the brewery, they host special gatherings and give tours of the production facilities. A defining feature of Asgard’s beer is their farm-to-barrel initiative. Following in the customs of Viking beer, they only use locally available ingredients to craft their beers. They have two buildings, 104 and 105 East 5th Street. The first building is a brew house and the second is their main production area.

aMuse’um is a children’s museum that serves Maury County and the greater Nashville area. The mission of the museum is to provide an educational atmosphere for children to learn, imagine, and create. Before the museum opened in 2011, local families and school teachers helped spread the word about their vision for a children’s museum. They created “Museum without Walls,” an exhibit that brought a museum experience to local schools. This pilot program lasted for three months and due to its success, the permanent space, a’Museum opened. Besides a museum, the space has become a school-break destination and draws visitors to historic downtown Columbia.

The Dotted Lime is a family-owned and operated restaurant. Locals, Paul and Chrissy Jensen, started the restaurant to provide customers allergy free food options. Paul has 25 years of professional culinary experience and Chrissy has been studying and working with food sensitivities, allergies, and elimination diets for over 18 years. In addition to offering gluten free menu items, the Dotted Lime is also a tree-nut and peanut free facility. The Jensen’s work with local farmers in the community to bring the freshest ingredients into their restaurant. So, along with customers who love their allergy free menu, other customers like eating here because of the “clean and local” menu.

Before it was called Stan’s Restaurant, the name of this long-time venue was Stan’s Café and Service Station. Its doors doors opened in 1947 and was run by Stan and his wife, Myrtle. At the time, there was country style cooking, a soda bar, and curb-side service available all hours of the day. Then in 1971, a new location opened to include a gift shop, country store, and antique museum. Nearly 45 years later, a new Stan’s Restaurant opened in 2015. The new features includes gasoline pumps, a convenience store, and hotel. Even with the changes over the years, the county cooking dining experience always remained the same.

10 Best Things to Do in Columbia, TN

3 Best Things to Do in Pulaski, TN