12 Best Things to Do in Bristol, TN 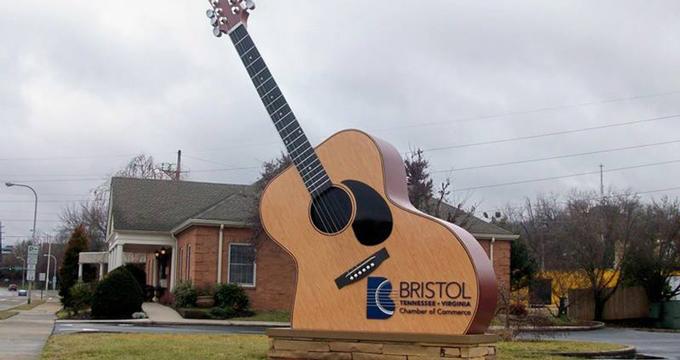 Bristol is a fairly small city in Sullivan County, Tennessee. It is the twin city of Bristol, Virginia, which lies just across the state line. The two cities share much, from the main street, which acts as the border between two states, to the downtown district and the reputation as The Birthplace of Country Music. While the museum is located in Bristol, Virginia, it showcases the role of both Bristol, Tennessee and Bristol, Virginia’s role in the birth and development of country music as a new music genre. Bristol is also the home of Bristol Motor Speedway, a legendary NASCAR short track and one of the biggest motorsports facilities in the country. Tennessee Ernie Ford was born in Bristol and his birthplace is today a house museum that can be visited. 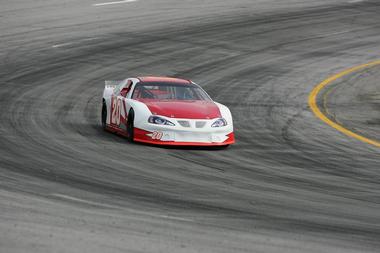 Constructed in 1960 and located in Bristol, Northeast Tennessee, Bristol Motor Speedway, known before as Bristol International Raceway, is a famous NASCAR short-track. It is popularly called The Last Great Coliseum for its Roman-like architecture and epic battles. The track is known for its steep banking, two pit roads, concrete surface and stadium-like seating that fans and participants love. Capable of accommodating almost 162,000 spectators, the speedway is one of the world’s largest sporting venues. Besides the speedway, Bristol also has a quarter-mile drag strip used for the NHRA Thunder Valley Nationals, NHRA annual event. The drag strip is popularly known as Thunder Valley because of its scenery and location. 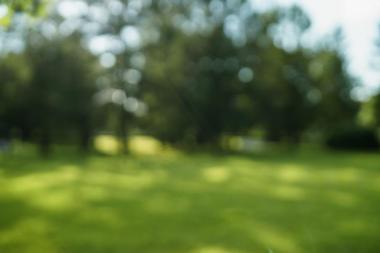 Steele Creek Park in Bristol is one of the largest municipal parks in Tennessee. Opened to the public in 1964, the park covers the area of more than 2,000 acres and has miles of hiking trails, a 52-acre lake, nine-hole golf course, a nature center and nine shelters that can be rented for private events. There is a lodge with a party room, kitchen and conference room, 20 picnic tables scattered around the park, large multi-use playing field with soccer goals, exercise trails and stations, kids’ playground with a swing set, horse-shoe pit, Steele Creek Express – a bright red replica of a real steam engine, paddle boat rentals and a splash pad.

Located on the South Fork Holston River in Sullivan County, Tennessee, South Holston Dam was built in 1940 for flood control and production of hydroelectric power. It is one of three dams on the South Fork Holston. In 1950 the valve gate closed and accumulated water created South Holston Reservoir. The dam today impounds the 7,550-acre South Holston Lake, which stretches across the Tennessee-Virginia border. About 60 percent of the lake shoreline is bordered by Cherokee National Forest. There is a footbridge below the dam that leads to Osceola Island with a one mile long loop wildlife trail. The lake is very popular with fishermen, for smallmouth bass fishing. It is also is known as a fly fisherman’s paradise. It is also great for boating, water skiing and nature observation.

4.Things to Do in Bristol, TN: Ernie Ford House 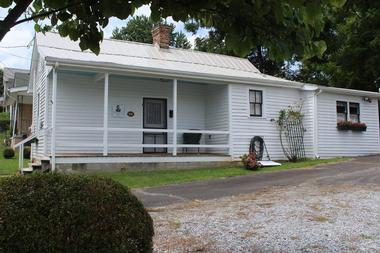 Ernie Ford House is a small white clapboard house in Bristol, Tennessee, a birthplace and home of world-renowned musician and entertainer Ernie Ford. The nicely restored house features artifacts that portray his illustrious career and can be visited by appointment through Bristol Historical Society. Ford started his 50-year long illustrious carreer as a successful radio personality, which led in1949 to signing with Capitol Records. Until 1976 he released eighty-three albums on the label and scores of single records, including his famous version of Merle Travis’ anthem to the working man, “Sixteen Tons.” The record was the fastest selling single in Capitol’s history. During his career, Ford has sold over 90 million records worldwide. He was best known for gospel, hymns and spirituals.

-- You are reading "Fun Things to Do in Bristol, TN this Weekend with Friends" Back to Top

5.Things to Do Near Me: Bristol Caverns 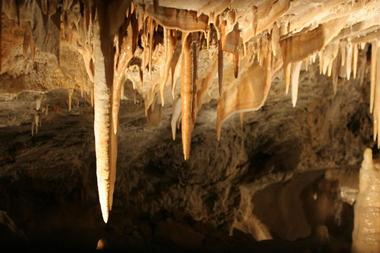 Regarded as one of Tennessee’s oldest natural attractions, the Bristol Caverns draws in and amazes large crowds of tourists every year. As visitors tour through levels of vaulted chambers and the winding banks of an ancient underground river over 100 feet below the earth’s surface, they’ll find beautiful stalactite and stalagmite formations in various sizes and dazzling hues of red, blue, and even sparkling wine. The caverns date back beyond the frontier era, where Native Americans would use the underground river as a route to attack and escape from foreign settlers. In addition to tours, gemstone panning and picnic areas are also available along with a gift shop offering rocks, geodes, and other souvenirs.

-- You are reading "Top Romantic Tourist Attractions in Bristol, TN" Back to Top

6.Things to Do in Bristol, TN: Lost State Distilling

Stop by this family-owned distillery awarded as the country’s best new craft distillery in 2020 by readers of USA Today. Lost State Distilling prides itself in producing top-quality spirits using only the finest ingredients. While their products may be found in various local stores, visitors are invited to their distillery to sample their craft gin, rum, and Tennessee whiskey along with a special selection of spirits only found in their tasting room. Some of their spirits include the Franklin Four Straight Bourbon Whiskey, Secession Tennessee Gin, Cinnamon Maple Flavored Whiskey, and their very limited Franklin Four Cask Strength Single Barrel Bourbon. In addition to their tasting room, Lost State Distilling also offers daily tours of their distillery along with a year-round gift shop.

-- You are reading "What is There to Do with Kids in Bristol, TN" Back to Top

7.Things to Do in Bristol, TN: Paramount Center for the Arts

© Paramount Center for the Arts

Built in 1931, Paramount Center for the Arts has been a long-standing historical landmark and pillar for the performing arts in Bristol. After its opening, the theater quickly gained popularity in the flourishing city, showcasing Hollywood blockbusters, presenting live touring performances, and hosting weekly Saturday morning cartoons for thousands of children. After being recognized as a valuable part of the community, the theater was restored in 1989, carefully preserving its original Art Deco interior while upgrading its facilities. Today, Paramount Center for the Arts is a multi-use center welcoming thousands of audience members each year for various performances including theater, film, music, dance, comedy, and family entertainment.

8.Things to Do in Bristol, TN: Tri-Cities Escape Game

Whether for a birthday, team building, or a simple friendly gathering, Tri-Cities Escape Game is ready to host you for a night of mystery and laughter. Their rooms are rated as some of the top escape games in Tennessee with over 1,500 five-star reviews. Players will test their wits as they attempt to solve these creative and fully-immersive games. Tri-Cities offers three rooms varying in themes and missions like returning an ancient relic to the Amazon, investigating alien abductions, and protecting a secret Jurassic island. Located on Bristol’s lively State Street, several dining options are available just steps away for players to enjoy after their game.

, Michigan beaches -- "Best Things to Do in Bristol, TN for Locals & Tourists - Restaurants, Hotels" Back to Top

9.Things to Do in Bristol, TN: Flip-Side Retro Arcade

Reminisce over your favorite childhood games at Flip-Side Retro Arcade. This family-friendly arcade is filled with vintage pinball machines and classic gaming consoles originating as far back as 1931. Find all the favorites from the 70’s to the ’90s including Nintendo, Sega Genesis, Pac-man, Space Invaders, and Tron. The arcade is also home to over 30 different pinball machines ranging from solid-state machines like Star Trek ‘79 to interactive LCD machines like the Wizard of Oz. Kids and kids at heart can enjoy unlimited gaming thanks to the arcade's whole day admission tickets, even allowing players to leave and resume playing later on in the day. Flip-Side Retro Arcade is open Wednesday through Monday.

10.Things to Do in Bristol, TN: Just Jump Trampoline Park

Jump the day away at this massive indoor trampoline park. Standing at 25,000 square feet, Just Jump Trampoline Park has been a favorite amongst Bristol families since its opening. This branch is one among many, with other locations available in Georgia, Florida, and North Carolina. Just Jump prides itself on its numerous glowing reviews, many of which highlight the park’s safety and cleanliness. The park consists of many attractions including a large open jump area, two dodgeball courts, a gladiator pit, and even a ninja course. For an additional fee, jumpers can also enjoy new attractions like a virtual reality ride and a laser maze.

-- "New cool stuff to do in Bristol, TN" Back to Top or Romantic Getaways

11.Things to Do in Bristol, TN: Bristol Skateway

Whether you’re bonding with family or going on a date, be prepared for loads of fun and laughter at Bristol Skateway. This family-friendly skating rink is popular amongst locals for its casual atmosphere and upbeat music, making every skating session all the more enjoyable. Bristol Skateway also hosts a number of skating events and parties throughout the week, along with lessons led by highly experienced instructors. While taking a break from the rink, skaters can also enjoy some fun games at the arcade or grab a bite to eat at the concession stand, which offers Coca-Cola products, pizza, hotdogs, nachos, and more.

12 Best Things to Do in Bristol, TN

You are reading "12 Best Things to Do in Bristol, TN " Back to Top

20 Best Things to Do in Nashville, TN