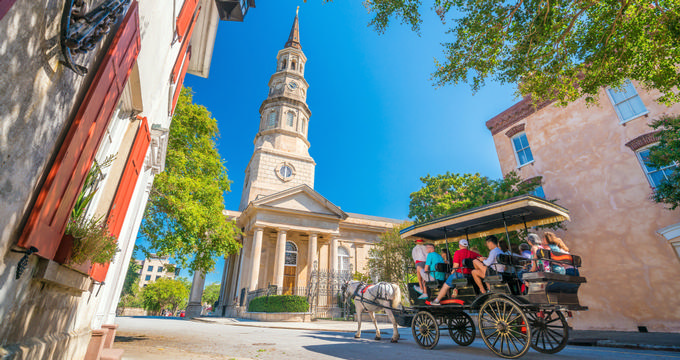 South Carolina is one of the smallest states of America. In terms of land size, it is the 40th biggest state, but it has the 23rd largest population, resulting in a relatively high population density. South Carolina is situated in the southeastern part of the United States, on the Atlantic Coast, and has borders with the states of North Carolina and Georgia. South Carolina covers an area of 32,030 square miles and has an estimated population of 5 million people.

The state capital of South Carolina is Columbia, but its largest city in terms of population is Charleston. The biggest urban area in South Carolina is the Greenville-Anderson-Mauldin metropolitan area, and the state was named after King Charles I of England, with the Latin word 'Carolius' being the equivalent of 'Charles'. Here are some key facts, statistics, and details for the biggest cities of South Carolina. 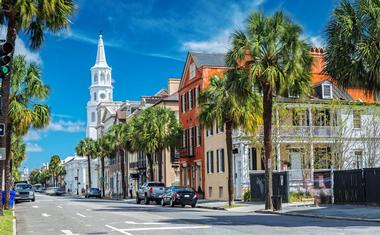 The city covers an area of 127.5 square miles and is located in Charleston County and Berkeley County. It was named after King Charles II of England and was founded in 1670, originally called Charles Town, on the shores of the state. It is the oldest city in all of South Carolina and is well-known for its unique historic architecture, long beachside promenades, and friendly locals. 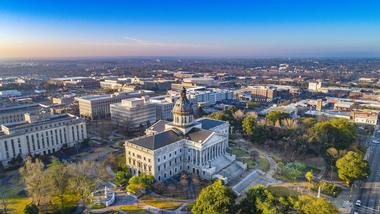 As previously mentioned, Columbia may technically be the largest city in South Carolina as its population is very close to that of Charleston, but it is currently ranked as the second biggest city in the state. The estimated population of Columbia is a little over 134,000, but more than 810,000 people live in the city's surrounding metropolitan area. 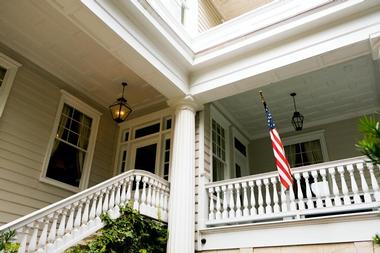 North Charleston is the third biggest city in South Carolina and is spread out across three separate counties: Charleston, Dorchester, and Berkeley. North Charleston covers an area of 76.6 square miles and has an estimated population of 108,000 people, with more than 744,000 living in the surrounding metropolitan area, which also includes the state's biggest city, Charleston.

North Charleston is a key industrial center for South Carolina, being home to a large Boeing facility that is one of the biggest job-providers in the city. Many other large companies have built offices and factories in North Charleston, giving the city a strong economy overall. 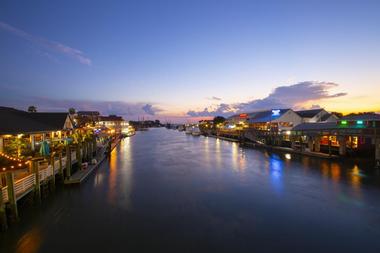 Located in Charleston County in the southeastern part of South Carolina, Mount Pleasant is seen as the state's fourth biggest city, despite technically being classed as a suburban town. Mount Pleasant has an estimated population of 81,000 people and covers an area of 52.6 square miles, with 7.5 square miles of water due to the town's marshes and location on the Wando River, Cooper River, and other bodies of water like Shem Creek.

Mount Pleasant has close connections with the city of Charleston, with many of Mount Pleasant's residents commuting into the city for work each day via the Ravenel Bridge, which connects the two locations. 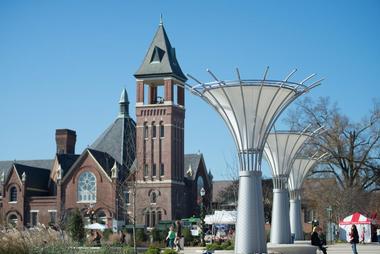 
Rock Hill is the fifth biggest city in South Carolina by population. This city is located in York County, in the northern part of South Carolina, close to the border with North Carolina. Rock Hill is part of the Charlotte metropolitan area and has an estimated population of 72,000 people.

Rock Hill covers an area of 43.16 square miles and the area was settled in the 1830s, but wasn't officially founded until 1852 as key services like a post office and railroad station arrived in the area. Rock Hill is situated on the Catawba River and is known as a popular outdoor recreation spot, with over 30 parks and many different scenic hiking trails.