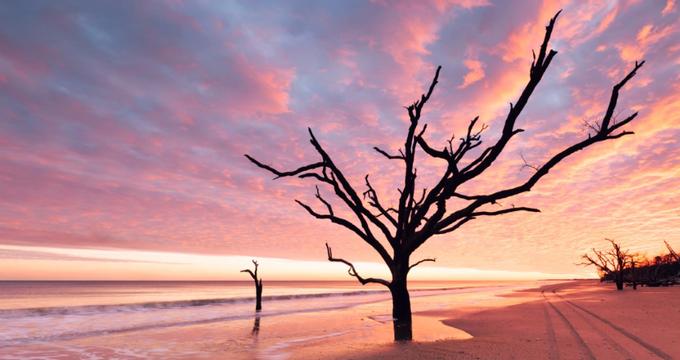 Edisto Island is one of South Carolina's Sea Islands, known for its beautiful beaches, rich wildlife, magnificent old plantations and great food. The island, the main town Edisto Beach and the Edisto River that runs through the island, are named by Edisto Indians, who used the island seasonally for fishing. The island had a turbulent history, and beside Edistos was visited at times by pirates, the British, rich plantation owners, slaves and explorers more or less reputable. Today, Edisto Island is a popular tourist destination, with many of the plantations converted into hotels, inns and restaurants. Botany Bay Plantation Heritage Preserve protects the former Botany Bay Plantation and its many habitats. Edisto Island Museum preserves the island history through many exhibits. CDC information for travelers. Hours/availability may have changed. 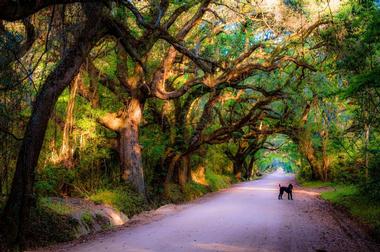 Botany Bay Plantation Heritage Preserve and Wildlife Management Area is a nature preserve on Edisto Island, South Carolina, located on the historic Botany Bay Plantation established in 1930. The wildlife area was opened to the public in 2008 and includes a number of historic sites, including three 1840s outbuildings from Bleak Hall Plantation and the prehistoric Fig Island shell rings. The preserve also includes diverse habitats such as 2,500 acres of estuarine and marine wetlands, two miles of beachfront used by endangered loggerhead sea turtles and least terns for nesting, 1,847 acres of upland consisting of mixed pine and hardwood forest and 283 acres of agricultural lands used for dove hunting and as wildlife feeding ground. The 6.5-mile route that runs through the preserve is easily accessible and is perfect for exploring this magnificent area. 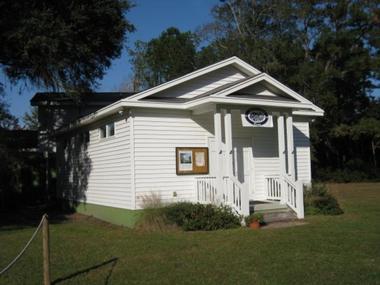 Edisto Island is known for its wonderful beaches, clear creeks and plenty of wildlife, but also for its rich and turbulent history. Native Americans, Spanish pirates, English settlers, rich cotton plantation owners, African slaves and many other people passed through the island and left their traces. The Edisto Island Museum tells their stories. The museum contains artifacts and furnishings from some of the island’s most beautiful cotton plantations, one of the last slave cabins , artifacts from the American civil war and one of the first prints of the South Carolina Ordinance of Secession. There is an exhibit dedicated entirely to the Edisto Indians, a local Native American tribe, with a display of their farm implements.

The Paul Hamilton House, also called the Brick House Ruins, is the remnant of a 1725 plantation house on Edisto Island, South Carolina. The house, designed in part in French Huguenot architecture of the period, burned in 1929. The exterior walls of the two-story house were constructed of brick brought from Boston and survived the fire. Most of its architectural design followed American colonial architectural style with French Huguenot influence. The house was used as the plantation house for a 300-acre plantation established in 1798 by the Jenkins family, which still owns the land. It is listed as a National Historic Landmark and registered in the National Register of Historic Places.

You are reading "5 Best Things to Do in Edisto Island, SC" Back to Top McConkey’s Jungle Shack is a playful, funky eatery on Edisto beach on Edisto Island, South Carolina. It is one of the most popular restaurants on the beach, known for its fun atmosphere, lively outdoor deck and screened porch, delicious fresh seafood and frequent events. Indoor place is covered wall-to-wall with mementos , photos and fun collected items. There is even a fireplace for those rainy days. The menu is extensive and has something for everyone, from burgers, hot dogs, sandwiches and wraps to perfect fish and chips and fresh salads. They serve cold beer and wine, but sweet tea is the drink of choice. 
The Waterfront Restaurant is a casual, spacious, very popular restaurant overlooking Big Bay Creek on Edisto Island in South Carolina. Locally owned and operated for generations, the restaurant is known for its fresh seafood and fish. From fish and shrimps to fresh vegetables, everything is supplied by the family. Friendly atmosphere, nautical décor with the entire boat hanging from the ceiling, the view of the tidal creek on one side and the Atlantic Ocean on the other and delicious homey meals make the Waterfront one of the favorite eateries on Edisto Island. The menu includes such popular favorites as crab cakes, fried calamari, shrimp and grits and surf and turf.


5 Best Things to Do in Edisto Island, SC

You are reading "5 Best Things to Do in Edisto Island, SC " Back to Top

14 Best Things to Do in Clemson, SC