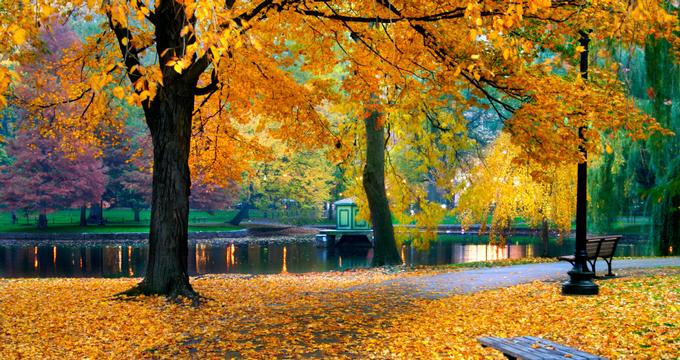 Whether you live in Boston or are planning a quick weekend getaway, the city offers many fun things to do for couples. Our list includes a range of options, from unique tours and gondola rides to relaxing at a spa or by the pool. Couples can take a decadent chocolate tour of Boston, enjoy 360-degree city views from a panoramic observation deck, listen to jazz, visit the aquarium, have a romantic dinner, and view art from around the world. All the activities and attractions that made our list let you enjoy romantic time together in a unique setting. Certain attractions may be temporarily closed or require advance reservations. Hours/availability may have changed. 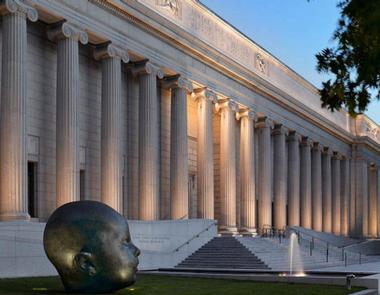 The Museum of Fine Arts (MFA) is one of the nation’s leading art institutions, dating back to 1876. The museum houses 450,000 works of art, including Egyptian, American, European, Asian, African and Contemporary. Whether you are interested in paintings, sculpture, prints, musical instruments, photography, fashion, jewelry, or works by living artists, there is something for everyone.

Choose from several dining options, ranging from casual to sophisticated. Stop for a romantic lunch or dinner at Bravo, an award-winning restaurant with both indoor and outdoor tables, an excellent wine list and dishes prepared with sustainable ingredients. New American Café is housed in a glass-enclosed courtyard and serves salads, hot and cold plates, wines, and craft beers. Taste Café and Wine Bar is the place for coffee, gourmet tea, sandwiches and gelato. Garden Cafeteria has a salad bar, pizzas, hamburgers, soups and desserts. Museum admission is $25. 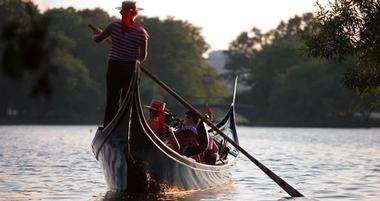 Glide down the Charles River in an authentic Venetian gondola, surrounded by views of the Boston skyline. Gondola di Venezia operates two 36-foot gondolas, both built in Venice, complete with elaborate carvings, hand-forged figurines and brass railing. Couples sip champagne, listen to Italian music and take in the views. Private 45-minute cruises start at $99 for two, including a basket of cheese, chocolates and recorded music. If you prefer to be accompanied by a live musician, cruises start at $159. 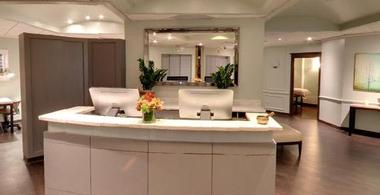 Check into the Bella Sante Boston Day Spa on Newbury Street for an afternoon of pampering and relaxation. The spa has nine treatment rooms where you can get couples massages, facials, body treatments, and other services. The spa is open seven days a week; 50-minute massages start at $95.

You are reading "10 Fun Romantic Things to Do in Boston this Weekend with Friends" Back to Top or More places to see near me today, what to do, weekend trips

4.Romantic Things to Do in Boston: New England Aquarium

You are reading "10 Fun Romantic Things to Do in Boston" Back to Top or More must do for couples, what to do near me, places to visit this weekend

5.Romantic Things to Do in Boston: Rooftop Pool at the Colonnade

During the summer months, relax next to the outdoor pool at the Colonnade Hotel which is open to the public on weekdays. Order a tasty cocktail and go for a swim to cool off. Admission is $40 from 8 am to 5 pm, or free from 5 pm to 11 pm. After 5 pm, the pool is open to adults only. If you decide to stay at the hotel overnight, you will get rooftop access on Saturdays and Sundays as well.

You are reading "10 Fun Romantic Things to Do in Boston" Back to Top or More tourism, attractions for couples, food, things to see near me today

6.Romantic Things to Do in Boston: A4cade

A4cade is a clever new bar offering from cult Boston-area foodie favorites Area Four and Roxy's Grilled Cheese, located in Cambridge's hip Central Square district. The 21-and-up speakeasy-style arcade is a retro gamer's paradise, offering a wide variety of arcade-style games from the 20th and 21st centuries, ranging from favorites such as Mario Kart and Pac-Man to themed games featuring iconic pop culture characters such as the Addams Family, Batman, and the Teenage Mutant Ninja Turtles. Clever cocktails offerings play on late-20th-century pop culture nostalgia, including the carrot-infused What's Up Doc and the Carmen Sandiego, which pairs tequila with absinthe and St. Germain. An extensive selection of draft and bottled local beers are also available, along with an abbreviated menu of sandwiches and burgers from Roxy's Grilled Cheese. 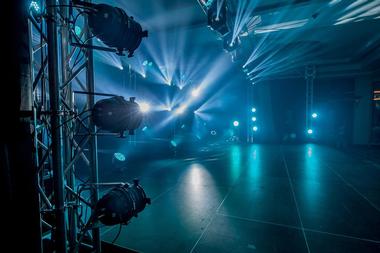 The American Repertory Theater, commonly referred to as the A.R.T., is one of the United States' most distinguished regional theaters, housed within Harvard University's Loeb Drama Center in Cambridge. The theater, which was founded in 1980 by Robert Brustein, has received some of the theater world's most prestigious awards throughout its tenure, including a Pulitzer Prize and three Tony Awards. A full season lineup of American plays and musical theater performances is showcased each year, with a focus on new American works, reinterpretations of classical texts, and revitalizations of overlooked works of the past. Notable past performances have included the company's Tony Award-winning productions of Pippin and The Gershwins' Porgy and Bess. In addition to its standard season lineup, the company also serves as the home for the Harvard-Radcliffe Drama Club and Harvard University's Advanced Theater Training program.

"10 Fun Romantic Things to Do in Boston for Locals & Tourists - Restaurants, Hotels" Back to Top or Beautiful places near me, what to do, restaurants for breakfast, travel guide, nearest beach

8.Romantic Things to Do in Boston: Sam Adams Brewery Tour

Tour one of the most well known beer breweries in the United States. Sam Adams was founded in Boston where it is still headquartered. Tours are offered daily, except Sundays and holidays. Visitors learn about the history of the brand, get to watch the brewing process and sample award winning beers.

"10 Fun Romantic Things to Do in Boston" Back to Top or Romantic Getaways, Wedding Ideas close to me this weekend, honeymoon, anniversary Ideas, fun places near me

9.Romantic Things to Do in Boston: Scullers Jazz Club

Listen to performances by some of the best Jazz artists at Scullers Jazz Club. Tickets start at $30. The Dinner & Show package is an extra $40 and includes a three-course dinner, parking and preferred seating in the jazz club.

25 Best Things to Do in Norwalk, CT