8 Best Things to Do in Middletown, Rhode Island 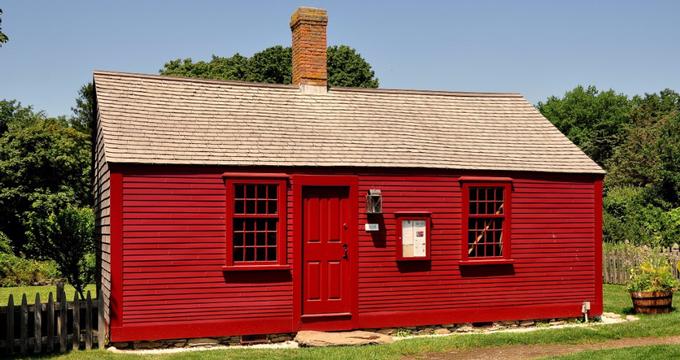 Middletown is a lovely city in Newport County, located just north of Newport on Aquidneck Island. The town, which was originally part of the city of Newport during the region's colonial days, was incorporated as its own area in 1743. Today, it is home to a plethora of colonial-era historic sites, including the historic Prescott Farm, which is noted for its connection to British General Richard Prescott. Beautiful natural areas in the region include the Sachuest Point National Wildlife Refuge, which is known as an important migratory spot for harlequin duck populations. Certain attractions may be temporarily closed or require advance reservations. Hours/availability may have changed. 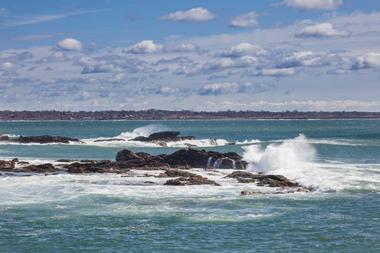 Sachuest Point National Wildlife Refuge is a lovely National Wildlife Refuge in Middletown, one of five national wildlife refuges located throughout the state. The refuge site was historically used as a farming and sheep grazing site and once served as a rifle range for the United States Navy during World War II. In 1970, 70 acres of the site was donated to the Audubon Society of Rhode Island for the development of a refuge facility. Today, the site showcases 242 preserved acres and serves as an important site for migratory birds throughout the winter months, including harlequin duck populations. Three miles of nature trails are offered for public use, along with a visitor center showcasing interpretive exhibits about the region's ecology. 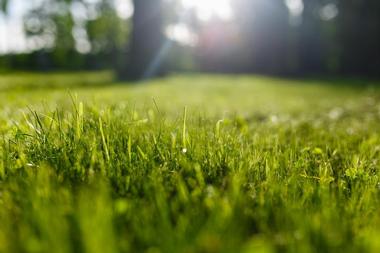 Norman Bird Sanctuary is a lovely 325-acre bird sanctuary and nature preserve that overlooks Middletown's lovely Atlantic Ocean coastline. The property was originally developed as a farmstead by early area pioneer Isaac Smith in the 18th century and was listed on the National Register of Historic Places. It was transformed in 1949 into a bird sanctuary and is Newport County's largest area of preserved open space today, showcasing seven miles of hiking trails across its 325 acres. A visitor center and gift shop showcases exhibits on the region's ecology, including a preserved 19th-century barn museum. A wide variety of environmental education programming is offered throughout the year, including field trips and summer camps.

You are reading "8 Best Things to Do in Middletown, Rhode Island" Back to Top

Newport Vineyards is a lovely vineyard in Middletown that was originally planted in 1977 on spacious lands overlooking the beautiful Rhode Island Sound. The family-owned winery is overseen by John and Paul Nunes, spanning 60 acres throughout the land of Aquidneck Island. Estate grapes are produced for traditional wine varietals such as Landot Noir, Rochambeau, Gewürztraminer, and Pinot Gris, highlighting the unique terroir of the Narragansett Bay landscape. Visitors can enjoy tours and tastings daily at the winery's delightful tasting room and marketplace facility. Live music performances are showcased on Wednesday evenings, complemented by beer and wine flights.

You are reading "8 Best Things to Do in Middletown, Rhode Island" Back to Top

Sweet Berry Farm is a popular post-and-beam farmer's market and cafe located on 100 acres of farmland near downtown Newport along the gorgeous beachfront stretches of Aquidneck Island. The market, which is operated by Michelle and Jan Eckhart, was originally founded in 1980 to sell strawberries and Christmas trees and has expanded to offer a wide variety of freshly-grown seasonal fruits, vegetables, and specialty foods. Pick-your-own produce opportunities are offered between June and December, including pick-your-own Christmas tree opportunities. A delicious farmstead cafe serves up breakfast, lunch, and take-home gourmet dinners.

You are reading "8 Best Things to Do in Middletown, Rhode Island this Weekend with Friends" Back to Top or More places to see near me today, what to do, weekend trips


Prescott Farm is an historic colonial-era farm in Middletown that was originally founded in the 18th century by Thomas and Edmund Nichols as Overing and Page Farm. Its current name is a nod to former occupant British General Richard Prescott, who was kidnapped by American colonists in 1777. In 1973, the farm was restored by Doris Duke's Newport Restoration Foundation. Today, the 40-acre site is open to the public daily between dawn and dusk, offering guided group tours and exhibits such as an operational windmill and kitchen and herb gardens cultivated by the University of Rhode Island's Master Gardener program. Tours cover topics such as the site's Revolutionary War history, horticultural practices, and New England rural life and culture.

You are reading "8 Best Things to Do in Middletown, Rhode Island this Weekend" Back to Top or Restaurants near me, stuff to do near me


The Whitehall Museum House is a lovely historic farmhouse in Middletown that was originally developed by Dean George Berkeley in the early 18th century on 96 acres in what was then part of the city of Newport. Today, the farmstead is listed on the National Register of Historic Places and is overseen by the Colonial Dames in Rhode Island as a living history estate and garden facility. The lovely home is furnished with period-appropriate furnishings and is open to the public for guided tours throughout the summer months. It is also used for academic studies for students at nearby colleges. Guided conversations regarding the history of the estate and Berkeley's life and career are offered Wednesdays through Sundays between July and September.

You are reading "8 Best Things to Do in Middletown, Rhode Island" Back to Top or More must do for couples, what to do near me, places to visit this weekend

St. Columba's Chapel is an historic church in Middletown that serves as a parish church for the Episcopal Diocese of Rhode Island of the Episcopal Church. The chapel, which was consecrated in 1886, is named in honor of Irish-born missionary St. Columba, known for his teachings throughout 6th-century Scotland. It was originally opened as the Berkeley Memorial Chapel in 1882 and was associated throughout much of its life with the Saint George's School in Middletown. 11 beautiful stained-glass windows are showcased throughout the chapel, including pieces executed by Tiffany Studio as designed by artist David Maitland Armstrong. Its lovely churchyard showcases beautiful landscaping elements such as an English lychgate.

You are reading "8 Best Things to Do in Middletown, Rhode Island" Back to Top or More tourism, attractions for couples, food, things to see near me today

Simmons Organic Farm is a spacious 120-acre family farm in Middletown that grows a wide variety of heirloom and traditional produce for farmer's markets and community-supported agricultural programming throughout the broader Rhode Island region. The farm has been managed by Brian and Karla Simmons since 2000 and produces its own organic eggs, grass-fed beef, pastured pork, and other specialty food products. A new barn facility was constructed on the property in 2011, beginning the farm's chapter of producing its own cheeses on site. Visitors can explore the farmstead throughout the week and sample many of its products, including goat and cow milk cheeses. A family-friendly petting zoo also lets young ones interact with farm animals.

8 Best Things to Do in Middletown, Rhode Island

You are reading "8 Best Things to Do in Middletown, Rhode Island " Back to Top

10 Best Things to Do in Westerly, Rhode Island

25 Best Things to Do in Providence, RI

23 Best Things to Do in Newport, Rhode Island