6 Best Things to Do in Lincoln, Rhode Island 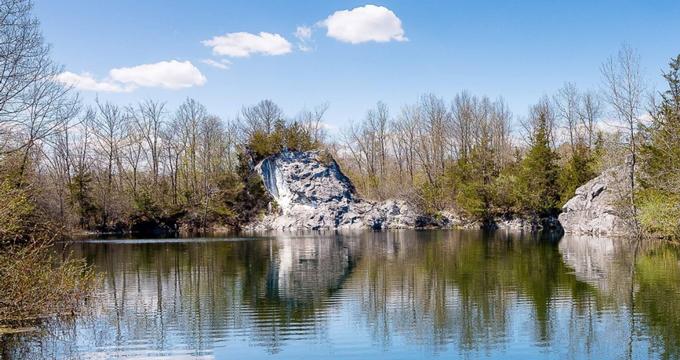 Lincoln is a town in Providence County located in northeastern Rhode Island, north of Providence. Lincoln is part of the Providence metropolitan statistical area. It is located in the lower Blackstone Valley of Rhode Island and in the John H. Chafee, Blackstone River Valley National Heritage Corridor, New England's historic National Park area. Lincoln Woods State Park surrounds Olney Pond, and is known for the giant glacial boulders. Lincoln has a number of historic house museums, such as Hearthside House and Arnold House, a "stone-ender," a type of building brought from the western England and common in Rhode Island. Blackstone River State Park is best known for the 12-mile long Blackstone River Bike Path. CDC information for travelers. Hours/availability may have changed. 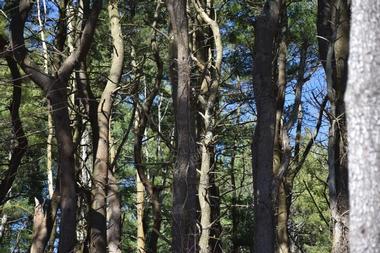 Lincoln Woods State Park is a 627-acre recreation area in Lincoln, Rhode Island, around Olney Pond, about four miles from Pawtucket. The park is known for the giant glacial boulders and the rocky terrain. Until the 1940s, the park was known as Quinsnicket, a name given by white settlers. The park has a freshwater beach on Olney Pond, large picnicking area and trails for horseback riders, mountain bikers, snowmobilers and hikers. There are also facilities for boating, ice skating and fishing, as well as a few game fields. Canoe and kayak rentals and kayaking lessons are offered by a local company. The park is also a popular spot for bouldering, a type of rock climbing without ropes or harnesses.

Hearthside is a historic house museum in Lincoln, Rhode Island built in 1810 for Stephen Hopkins Smith in Federal style. The house is constructed of fieldstone and has ten fireplaces. The story is that Smith built the house with winnings from the Louisiana state lottery. He was planning to use the house to woo a woman from Providence. Hearthside served as a private home to 11 different owners until 1996 when the town of Lincoln purchased it. The property is now managed by the "Friends of Hearthside", a nonprofit organization. Because the house changed so many owners, no original furnishing exists. Most of furnishing at the Hearthside has been donated or loaned so that the house can be a museum depicting several different periods.

You are reading "6 Best Things to Do in Lincoln, Rhode Island" Back to Top

The Eleazer Arnold House is a historic house in Lincoln, Rhode Island, in the Great Road Historic District. The house was built for Eleazer Arnold in 1693. The house is a fairly large "stone-ender," a type of building brought from the western England and commonly used in northern Rhode Island. It has two stories, with four rooms on each floor, exposed fieldstone end-walls, a lean-to, wooden side-walls, and a chimney. A gable had been added by the 20th century. In 1919 Preserved Whipple Arnold donated the house to Historic New England , at that time called the Society for the Preservation of New England Antiquities. The house was restored twice since then. The house is listed on the National Register of Historic Places and was declared a National Historic Landmark. It is open to the public on weekends.

You are reading "6 Best Things to Do in Lincoln, Rhode Island" Back to Top

Blackstone River State Park is a riverfront park with a network of bike paths and walking trails and facilities for canoe portage and freshwater fishing. There are historical walking tours organized along the canal tow path that was built in 1828. Located within the park, Captain Wilbur Kelly House Museum offers exhibits on canal, railroad and highways. The Blackstone River State Park is stretched along alternate banks of the Blackstone River, between Valley Falls, Cumberland and Hamlet Village in Woonsocket. The park's most popular feature is the 12-mile long Blackstone River Bike Path. The path starts with an elevated boardwalk over the Valley Falls marsh in Cumberland. It winds its way through a meadow, a former Drive-in movie theater, and runs along the tow path of the historic Blackstone Canal in Lincoln.

You are reading "6 Best Things to Do in Lincoln, Rhode Island this Weekend with Friends" Back to Top or More places to see near me today, what to do, weekend trips


Trattoria Romana is a family of restaurants serving authentic Italian cuisine throughout Southern New England. Their Lincoln location is an elegant, upscale eatery with warm, family atmosphere, huge murals of Rome on the walls, gleaming glassware, white tablecloths and a wall of wine bottles separating the dining area from the fully stocked bar. The large menu includes Roman specialties and a range of classic Italian dishes that use the fresh seafood from the area. One of the most popular dishes is Aragosta Ravioli with pasta filled with fresh Maine lobster and ricotta cheese, in a light cream sauce with parmigiano-reggiano cheese. There is a nice patio for those warm summer evenings.

You are reading "6 Best Things to Do in Lincoln, Rhode Island this Weekend" Back to Top or Restaurants near me, stuff to do near me


Honey Dew Donuts is the largest locally owned donut and coffee shop chain in New England, with 145 location. For the last 40 years they have been known for serving a variety of coffees, delicious donuts, pastries, muffins, breakfast sandwiches and other drinks. Their Lincoln spot is a bright, modern counter-serve shop with a colorful display of fresh donuts and specials of the day. There is a drive-tru and a few tables for those who cannot wait another minute to taste their fresh mouth-watering donut with a cup of hot, or cold, coffee. They also serve sandwiches.

You are reading "6 Best Things to Do in Lincoln, Rhode Island" Back to Top or More must do for couples, what to do near me, places to visit this weekend

6 Best Things to Do in Lincoln, Rhode Island

You are reading "6 Best Things to Do in Lincoln, Rhode Island " Back to Top

12 Best Things to Do in Warwick, Rhode Island

10 Best Things to Do in Pawtucket, Rhode Island