8 Best Things to Do in Jamestown, Rhode Island 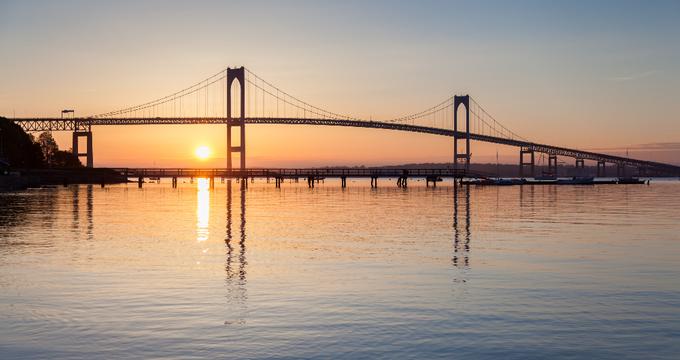 Jamestown is one of Rhode Island's most historic towns, located within Newport County on lovely Conanicut Island. The city has been ranked as one of America's wealthiest towns, known for its gorgeous preserved historic architecture dating all the way back to the 18th century. It was originally settled in 1678, named in honor of James, Duke of York, and played a significant role in the American Revolution. Visitors can explore historic sites such as Beavertail Light, the state's most notable lighthouse, or travel across the Claiborne Pell Newport Bridge, which spans the Narragansett Bay's East Passage and is one of the world's longest suspension bridges. 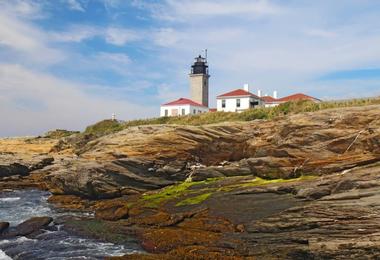 Beavertail Lighthouse Museum preserves Rhode Island's premiere historic lighthouse, which was constructed in 1856 and marks the entrance to picturesque Narragansett Bay. The beautiful lighthouse stands 64 feet above Conanicut Island's southernmost tip within Jamestown's Beavertail State Park and provides navigational services for ships entering the bay's East Passage. Records of a lighthouse standing at the site date back as far as 1712, with at least three structures standing on the point prior to the current facility. Today, the granite tower is overseen by the Beavertail Lighthouse Museum Association and is operated as a living history museum facility, preserving the lighthouse's third-order Fresnel lens and showcasing exhibits on area lighthouse history.

Fort Wetherill State Park is a lovely public recreational area spanning 61.5 acres throughout the southern tip of Conanicut Island. The state park preserves the remains of Forts Wetherill and Adams, which were operated at the beginning of the 20th century as coastal defenses for Narragansett Bay's East Passage. In 1972, the fort battery and training camp area was acquired by the State of Rhode Island and developed into a public park facility. Today, it serves as a popular spot for scuba diving, boating, fishing, and hiking throughout the year, set on 100-foot-tall granite cliffs overlooking spectacular bay views. Special events hosted throughout the year at the park include America's Cup Races, Tall Ship Events, and diving club events throughout the New England region.

3.Things to Do in Jamestown, RI: Claiborne Pell Newport Bridge

Claiborne Pell Newport Bridge, commonly referred to as the Newport Bridge, is a beautiful suspension bridge that stretches across Narragansett Bay's East Passage, operated as part of the Rhode Island Turnpike and RI-138. The bridge is named in honor of longtime state senator Claiborne Pell, who lived in the city of Newport, and stretches for 1,601 feet across the bay, making it one of the world's top 100 longest suspension bridges and the longest of its kind in New England. Its towers and design features are showcased on the back side of the Rhode Island state quarter. On clear days, visitors can see the bridge's towers from as far away as the Gay Head Light observation plaza in Aquinnah, Massachusetts and can observe the skyline of Providence from aboard the bridge.

, OH -- You are reading "8 Best Things to Do in Jamestown, Rhode Island" Back to Top

Fort Getty Park is a lovely town park in Jamestown, originally operated as a military fort between the turn of the 20th century and World War II. The fort was originally constructed to defend Narragansett Bay's West Passage and was named in honor of Colonel George W. Getty, known for his service throughout the Mexican-American War and the American Civil War. Following World War II, the fort was disestablished in 1948 along with many United States coastal defenses. Today, the park is operated as an outdoor recreational site and campground, offering a public boat ramp and dock for visitor use. Facilities for RV hookups are offered, along with tent campsites and facilities on nearby Dutch Island.

5.Things to Do Near Me: Historic New England Watson Farm, Jamestown, RI 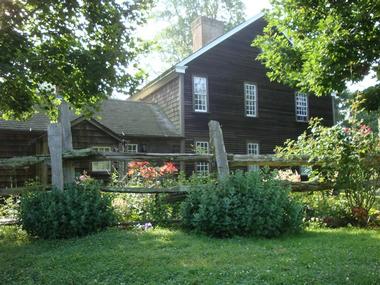 
Historic New England Watson Farm is a spacious 265-acre working family farm in Jamestown, originally established in 1789 by Job Watson and cultivated by five successive family generations. Today, the farmstead is open to the public for self-guided walking tours throughout the year, showcasing sustainable farming practices and operations, including pastoral husbandry traditions and Heritage Red Devon cattle pasturing. Grass-fed beef and lamb are produced at the farm, along with wool blankets and other wool products. Visitors can observe farm fields and seasonal farm activities or participate in outdoor farming workshops throughout the year during open hours.

-- You are reading "8 Best Things to Do in Jamestown, Rhode Island this Weekend" Back to Top

6.Things to Do Near Me: Village Hearth Bakery Cafe, Jamestown, Rhode Island 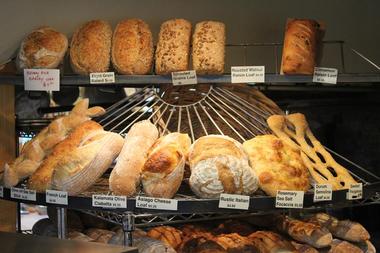 
Village Hearth Bakery Café is an artisan bread bakery and cafe in Jamestown that was originally opened in 2001 and expanded to its current facility and operations in 2009. The delightful cafe is located a block from the city's village center and is home to a wood-fired pizzeria and community bakery that is housed within a converted historic home. Freshly-baked European-style breads and pastries are sold daily, crafted from stone-milled whole grains prepared on premises. Delicious menu items served up throughout the day include grilled panini sandwiches, homemade soups, and fresh-made health-conscious salads. Diners should note that the cafe is cash only.

7.Things to Do Near Me: Jamestown Arts Center 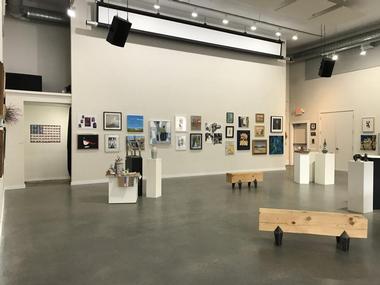 A multi-disciplinary, non-profit performing and visual arts space, the Jamestown Arts Center hosts cultural events and art exhibitions throughout the year. The center also offers art and design education for people of all ages in Jamestown, Rhode Island, and strives to engage, inspire, and enrich the community through educational experiences and extraordinary arts. Educational classes are provided for children through adults both online and in person. As a leading culture and arts hub where innovation, ideas, and creativity flourish, the Jamestown Arts Center aims to act as a conduit between the public and artists through artists’ talks, performances, and more.

8.Things to Do in Jamestown, Rhode Island: Clancy Designs

Owned and operated by a husband-wife team, Clancy Designs Glass Studio is open throughout the week and the weekends for guests to view the various works of art designed and made by the couple. Visitors may even get the chance to watch them blowing glass right in front of them. The studio creates finely crafted sculptural and functional works that can be found worldwide and is especially well known for their strong sense of color and design and skilled glass blowing techniques. Glass blowing lessons at Clancy Designs are available for the entire family by appointment as well.

8 Best Things to Do in Jamestown, Rhode Island

You are reading "8 Best Things to Do in Jamestown, Rhode Island " Back to Top

20 Best Things to Do in Westerly, Rhode Island

9 Best Things to Do in Narragansett, Rhode Island

11 Best Things to Do in Middletown, Rhode Island