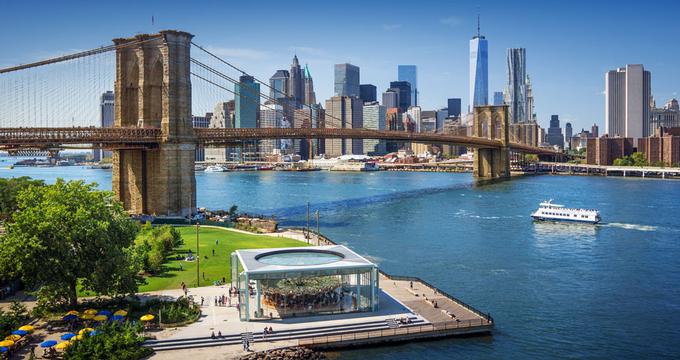 If you've decided to plan a trip to Brooklyn, there are many great romantic restaurants, pubs, bakeries and cafes to try. Choose from fresh seafood, New American cuisine, Japanese comfort food, French culinary creations, Caribbean eats, Mexican classics, and other flavors. Here are the best restaurants in Brooklyn, New York. Grand Army is a neighborhood oyster bar that serves fresh seafood-centered dishes, craft beer, and handcrafted cocktails. If you are looking for the best restaurants in Brooklyn for a romantic date night, this is a great place to try. If you’re not in the mood for their incredible oysters and clams, try the Alaska King Crab Leg or the Steak Tartare.

Alternatively, you can nibble on Lobster Fancy Toast at brunch. Restaurateur Noah Bernamoff opened Grand Army Bar with his partners: acclaimed Barman Damon Noelte, Rucola co-owner Julian Bizzi, and food photographer Daniel Krieger. They have brought in renowned chef Jon Bignelli to head the kitchen. You will find Grand Army Bar on the edge of Downtown Brooklyn and Boerum Hill. Colonie restaurant is a hip, modern eatery renowned for its modern American fare served in an intimate and relaxed setting that includes an open kitchen. Expect exquisitely prepared dishes, such as the Blistered Duck Egg (with mushrooms, rye berries, and arugula) or Chilled Squash Soup (with feta cheese and fried leaks). The brunch menu boasts delicious specialties like Duck Hash.

-- You are reading "21 Best Restaurants in Brooklyn, NY this Weekend with Friends" Back to Top 
Named after Canadian folk hero, Louis “French Louie” Seymour, French Louie is a chic bistro that serves creative French American fare in a charming, sophisticated setting. Pop in for dinner and try the Merguez Pappardelle or Lamb Blade Chop. A daily selection of oysters is available during lunch, and they also serve weekend brunches, featuring dishes like Buckwheat Crepes. A Prix Fixe dinner is offered on Monday nights.

Chef Ryan Angulo and restaurateur Doug Crowell opened French Louie together in 2014, a sister restaurant to Brooklyn’s Buttermilk Channel. You will find this romantic eatery in the Boerum Hill neighborhood.

-- You are reading "21 Best Restaurants in Brooklyn, NY this Weekend" Back to Top The Rookery is a fun, contemporary Brooklyn pub that serves British-West Indian-inspired foods. The gorgeous bar also has an outdoor front beer garden where you can enjoy their draft beers, creative cocktails, or a nice glass of wine. Stop in for something exotic like the Oxtail Sloppy Joe or the Curried Goat Shepard’s Pie.

Or grab an Egg Sammy from their brunch menu. Owners Jamie Schmitz and Shana Belot opened The Rookery in 2014 and have brought in Executive Chef Erin Broderick to take charge of the kitchen. You’ll find this lovely neighborhood pub in Brooklyn’s Bushwick neighborhood just a block away from the Jefferson L train.

-- "21 Best Restaurants in Brooklyn, NY for Locals & Tourists - Restaurants, Hotels" Back to Top Emily is one of the newest and hottest pizzerias, and here they specialize in wood-fired American pies. Try the Luca, which has buffalo mozzarella and basil, or the ¡PXG! Pizza, which is made with a tasty tomatillo sauce. If you are looking for best restaurants in Brooklyn for a casual date night, this place is a must-try. Not in the mood for a pie? Try the famous Emmy Burger, made with dry aged beef on a pretzel bun!

Wine, beer, cocktails, and spirits are also available. Husband-and-wife owners Matt and Emily (for whom the restaurant is named) Hyland, opened Emily in 2014. You will find their friendly restaurant in the Clinton Hill area. Morgan’s Barbecue is a lively, friendly, Texas-style barbecue joint. Their delicious barbecue sauces and bold flavors tantalize your taste buds with dishes like the Pulled Pork or Sliced Brisket Sandwiches or the Turkey Tails (served over collard greens with corn bread).

And save room for dessert – perhaps a slice of Morgan’s Bourbon Pecan Pie? Long-time friends and co-workers Chef Joel Bolden and Texas native Chris Morgan opened Morgan’s Barbecue back in 2013. Since then, they’ve brought in Austin’s John Avila as Pit Master. You’ll find this fun neighborhood eatery in Prospect Heights. 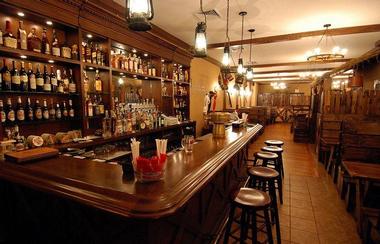 Brooklyn’s Karczma is a traditional Polish restaurant situated in a lovely area that has a large Polish population. You won’t just have a meal when you dine here, but rather an authentic Polish experience – from the old folk music to the old Polish farmhouse décor to the waitress’s traditional folk dress, everything is reminiscent of Poland. 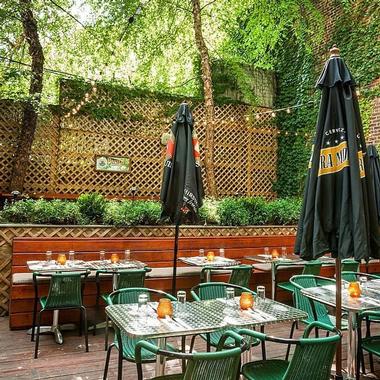 Brooklyn’s Gran Electrica is a Mexican restaurant with a market-driven menu that features mainly Mexican street foods. Savor spices as bold as the colors of Mexican art in dishes such as Albondigas de Juana, Ceviche, or Lengua Tacos. Stop in for brunch and try something tasty like Chorizo con Papas. They also offer a variety of margaritas, wine, tequilas, and mescal.

Owners Tamer Hamawi, Elise Rosenberg, and Emelie Kihlstrom opened the joint in 2012, and the dynamic team also owns the upscale Colonie restaurant. Their site in Brooklyn’s DUMBO area offers a fabulous outdoor dining area, and is located directly under the Brooklyn Bridge.

-- You are reading "21 Best Restaurants in Brooklyn, NY" Back to Top or Amazing things to do around me 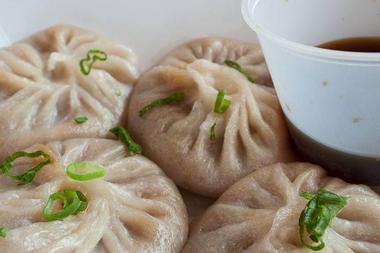 East Wind Snack Shop offers some of the best Chinese food available in New York City, and it resides in a charming space modeled after the old Chinatown teahouses. Stop in for extraordinary dishes like Pork Belly Gwa Bao “Gwacos,” Sweet Chili Ribs, or Hong Kong Hot Cakes. They also have bubble tea!

World-renowned and award-winning Chef Chris Cheung is the master of the creations at East Wind Snack Shop, which he opened earlier in 2015. You may recognize him from Anthony Bourdain’s No Reservations and The Food Network Challenge. His eatery sits right off the F train at Prospect Park West. 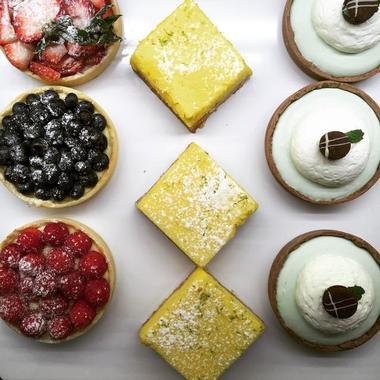 Baked is a classic Americana bakery and café that has been featured on numerous television shows. Everything offered is made fresh daily, from the rich, dark brownies to the Brooksters. The bakery offers cakes, confections, pies, morning goods, tarts, and more, and everything is simply divine. Stop in and try a Rosemary Apricot Bar or a handmade, flavored marshmallow made from scratch. “Gentlemen Bakers” Matt Lewis and Renato Poliafito cofounded Baked.

They opened the establishment in 2005, which was so successful that they have since opened a second location in Tribeca. You’ll find their original site on Van Brunt Street in Red Hook. 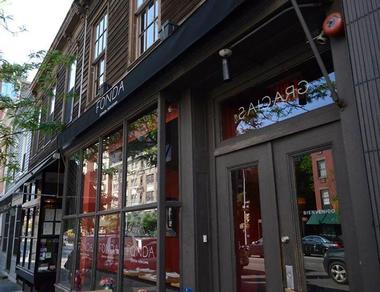 Fonda restaurant serves some of the best contemporary Mexican cuisine in Brooklyn, and its menu stars creations from recipes that originated in the chef’s grandmother’s kitchen in Mexico City. Prepare to be impressed by dishes like Pollo Norte?o, Robalo de la Talla, and Carne Asada Con Hongos. The tortillas are hand-pressed and the guacamole is freshly made to order.

Owner, celebrated chef, and cookbook author Roberto Santiba?ez has been dazzling Brooklyn’s taste buds at Fonda since 2009. In fact, his restaurant has even expanded to two new locations in New York City. You’ll find the original Fonda site in Park Slope. 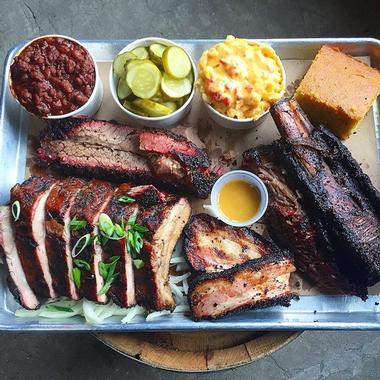 Hometown Bar B Que is a walk-up counter-service barbeque hall that offers walk-up service on a first come, first serve basis until they sell out of that day’s specially prepared meats. Stop in for lunch and try the Jerk Baby Back Ribs, Chipotle Chicken, or Sriracha Hot Wings. Brisket, pulled pork, lamb belly, and turkey are also available by the half pound.

Wash it all down with an ice-cold craft beer! Pit Master and owner Bill Durney opened Hometown with acclaimed restaurateur Christopher Miller back in 2013. You’ll find their barbeque pit in Red Hook across the street from Fairway Market. 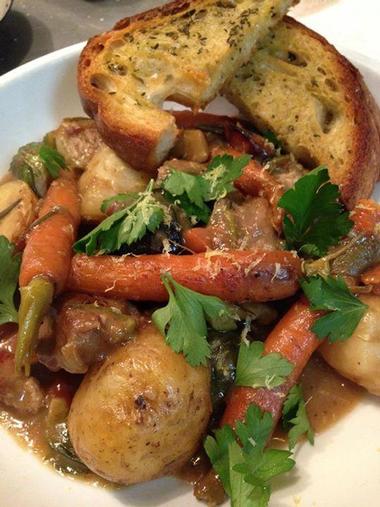 Lot 2 is a posh Brooklyn hangout where they offer a menu that changes nightly and features creative New American cuisine made from the finest, freshest ingredients. Savor incredible dishes, such as the Seared Rhode Island Scallops & Poached Wild Striped Bass or a Creekstone Farms Beef Burger with Duck Fat Potatoes.

You can also come to Sunday Supper for a particularly delicious treat like the St. Louis BBQ Ribs. Beer, wine, and cocktails are also available. Co-owners Ben Jones (who owns Southside Coffee) and Chef Daniel Rojo opened Lot 2 in 2009. This awesome eatery is located on Block 886 in Greenwood Heights. 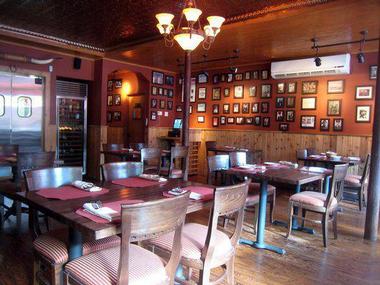 Destefano’s is one of Brooklyn’s oldest and most celebrated restaurants. This non-traditional steakhouse offers a number of exquisitely prepared dishes such as the 24-ounce Rib Eye with Sautéed Fennel or the Lamb Chops with Pistachio Nut Crust. They also serve grappa and other Italian nightcaps.

Joe Donatelli and his family now run the steakhouse, which his family has owned and operated for nearly a century. The restaurant serves as a tribute to Brooklyn history and Joe’s ancestors the DeStefano family, who first opened the eatery in 1919. Enjoy the old school Italian vibe at DeStefano’s, located in the heart of the Williamsburg neighborhood. 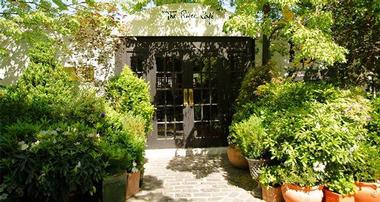 The River Café is one of Brooklyn’s most iconic restaurants, and it is known for its legendary location and award-winning, classic New American menu. The finest, freshest, and often rare ingredients are used to create spectacular dishes such as the Mushroom Wellington or Coquelet.

The brunch menu boasts special treats, including the Waffle Eggs Benedict. Michael Buzzy O’Keefe founded The River Café in 1977 and transformed the abandoned building into the gem it is today. Executive Chef Brad Steelman heads the kitchen. Enjoy sweeping views of the New York skyline and the Statue of Liberty as you dine underneath the gorgeous Brooklyn Bridge. 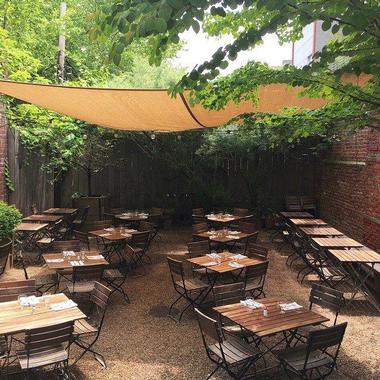 Frankies Spuntino is a modern restaurant serving seasonally inspired Italian fare made with the highest quality ingredients. Stop in and try deceptively simple, absolutely scrumptious dishes like the Eggplant Parmigiano or the Sweet Potato & Sage Ravioli in a Parmesan Broth. Their brunch menu offers delectable treats like the Prosciutto Frittata.

They also have an impressive wine list. Long-lost and later-reunited childhood friends Chef Frank Castronovo and Chef Frank Falcinelli opened Frankies Spuntino in 2004. Spuntino is an Italian term for an informal meal or a snack, as well as a casual Italian eatery. Find this one in Brooklyn’s Carroll Gardens.

You are reading "21 Best Restaurants in Brooklyn, NY " Back to Top