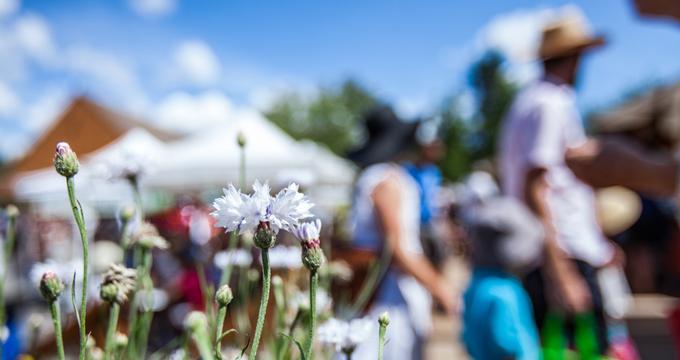 Mechanicsburg is a lovely borough in eastern Cumberland County, located just half an hour from both Harrisburg's downtown district and the tourist attractions of resort town Hershey. The borough, which was once the home of the Cumberland Valley Railroad, serves as a great jumping-off point for exploring nearby attractions like Hersheypark, home to high-thrill roller coasters and water rides. Visitors can catch dirt track car races at the prestigious Williams Grove Speedway, showcasing races each Friday since 1939, or explore the gorgeous preserved historic buildings of the Mechanicsburg Museum, which displays information about the region's railroading history. 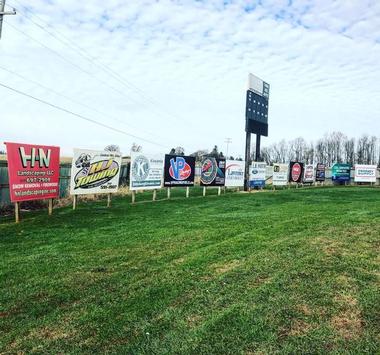 Williams Grove Speedway is one of the nation's oldest and most prestigious automobile dirt racing tracks, opened to the public on May 21, 1939. Throughout its three-quarter-century operations, the track has hosted some of the United States' most notable national touring racing series, including events connected to the World of Outlaws Sprint Cars, United States Auto Club, United Racing Club, and All-Star Circuit of Champions. Each year, the track hosts special racing events on Fridays between March and October, including the acclaimed National Open sprint car race, held as part of the World of Outlaws series. More than 350 sprint car divisions are showcased throughout the season, along with super sportsman events and limited late models. Season and individual tickets are available for all races, including discounted tickets for youth ages 13-20. 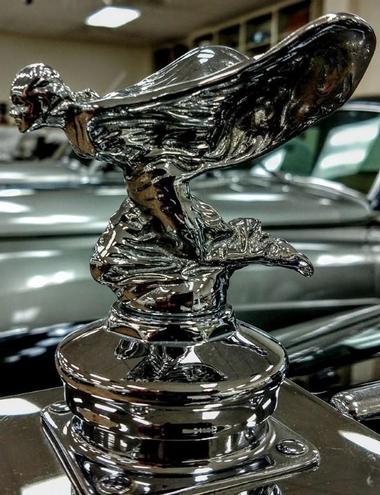 The Rolls-Royce Foundation honors the legacy of one of the world's greatest motorcar brands, operated as a subsidiary of BMW since the late 20th century. The foundation, which is operated as an independent nonprofit organization, operates the Rolls-Royce Foundation Museum, the largest museum and research facility in the United States dedicated to the Rolls-Royce and Bentley vehicle brands. Visitors can explore the museum each weekday during the afternoon hours and embark on guided tours led by experienced tour guides. A rolling stock of Rolls-Royce and Bentley motorcars are showcased within the 5,000-square-foot museum, along with rotating exhibits dedicated to the history, operations, and legacy of both brands. The museum's extensive research center showcases a collection of books, manuals, and historic documents connected to individual chassis. 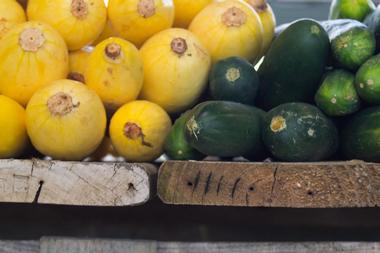 Williams Grove Farmers Flea Market has operated each Sunday throughout the year since April of 2007, originated as a small community market connected to a nonprofit organization. Today, the market has grown to be one of Pennsylvania's largest, showcasing more than 600 vendors selling farm-direct goods and produce. Visitors can explore the market throughout its bustling summer months and peruse hundreds of produce, meat and cheese, bakery, pantry, and specialty food item vendors, who sell from sunrise to 2:00pm or sellout. Antiques and artisan wares are also sold, ranging from organic pet food and building supplies to homemade soy candles and collectible cards. Delicious food from local vendors ranges from gourmet Italian hot sausages to locally-crafted ice cream. During the winter months, a limited market event is offered, showcasing up to 50 vendors. 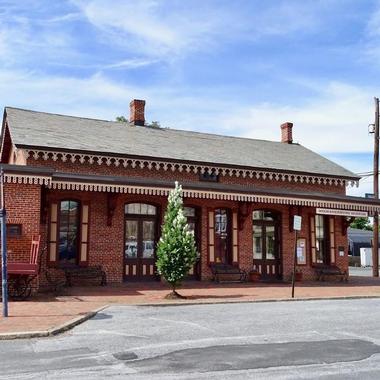 The Mechanicsburg Museum is a free-admission living history museum preserving five buildings from the region's 19th-century history, including four buildings connected to the operations of the Cumberland Valley Railroad, which operated between 1837 and 1919. Visitors can explore the museum's lovely preserved facilities throughout the week as part of guided tours, including its fully-furnished two-story Stationmaster's House, constructed in 1866 for stationmaster George Zacharias and listed on the National Register of Historic Places. A two-story Freight Station constructed in 1866 is also on display, showcasing changing museum exhibits on the railroad's history. The 1801 Frankenberger Tavern, the only building not connected to the history of the railroad, preserves what is believed to be Mechanicsburg's oldest existing building. 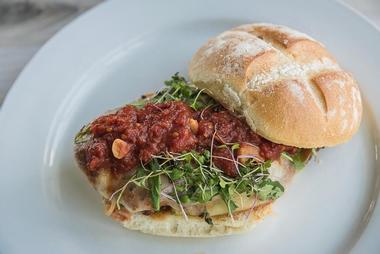 
THEA is a delicious Mediterranean-style restaurant that was opened in 2016 by restaurateurs Sophia and AnnMaria Nelms. The restaurant, which is named after the Greek term for aunt, is located within Mechanicsburg's lovely Arcona development and is a reference to the family's long lineage of restaurant operation within the Harrisburg region, connected to favorites like Sophia's on Market and Sophia's at Walden. High-quality lunch and dinner favorites, including delicious classics like eggplant rollatini and chicken Milanese, are paired with a selection of delicious fountain drinks from Appalachian Brewing Company. Diners can also enjoy casual fare like jumbo lump crab cake sandwiches or select from a variety of artisanal pizza flavors, including house specialties like strawberry and goat cheese. 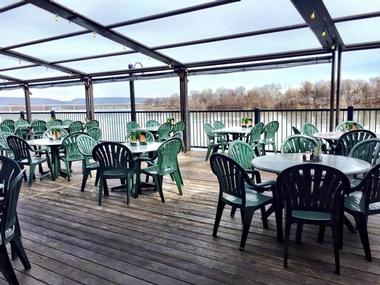 
Dukes Bar and Grille has been a central Pennsylvania favorite since 1992, offering several locations throughout the greater Harrisburg region, including a location in resort town Hershey and a newly-opened restaurant in Mechanicsburg. The award-winning grill has been family owned and operated since its inception, known for its casual dining atmosphere delicious entrees prepared with the best Lancaster County ingredients. A decadent selection of creative bar fare is showcased at lunch and dinner, including unique Duke Stax platters, which top baskets of waffle fries with ingredients ranging from hand-breaded chicken tenders and pulled pork barbecue to Thai chili sauce and crispy wonton pieces. A variety of savory pasta options are also served up, along with steak and seafood fare and sizzling fajita platters. Impressive beer and wine menus pair with a selection of fun house cocktails to get the lively conversation flowing. 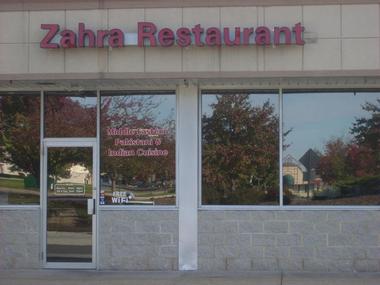 Zahra Restaurant brings the flavors of Pakistan and the Middle East to Mechanicsburg, opened in 2011 by restaurateur Khalid Jilani. The restaurant serves only Halal food, respecting the cultural traditions of its culinary sources and crafting entrees according to time-tested traditional recipes. Diners can choose from a wide variety of delicious house specialties, including authentic chicken and lamb biryani platters and high-quality favorites like paneer karahi, chicken korma, and butter lamb gravy. All entrees are available as one or two portions, perfect for sharing with the table. Creative paneer wraps are also served up during lunch hours, along with traditional appetizers like alu samosas and chaat. For less adventurous eaters, a limited selection of American-style fare is also served, including chicken ranchero hoagies.

19 Best Things to Do in Lehigh Valley, PA

25 Best Things to Do in Pittsburgh (Pennsylvania)

50 Best Things to Do in the Poconos (Pennsylvania)