7 Best Things to Do in Columbia, Pennsylvania 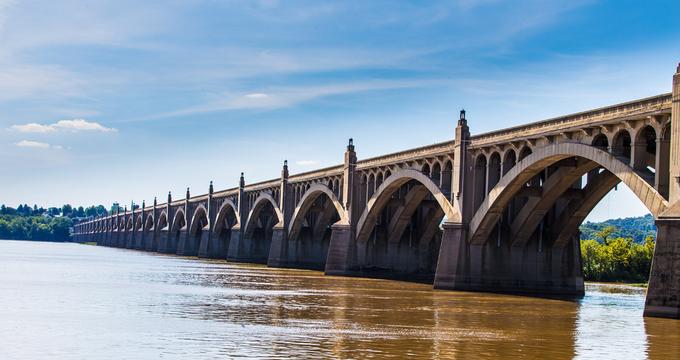 Columbia is a small borough town in Lancaster county, southeastern Pennsylvania, U.S. It stretches along the Susquehanna River, 12 miles (19 km) west of Lancaster. Founded in 1726 by John Wright, a Quaker missionary and ferryman, the town was formerly known as Wright’s Ferry. Renamed ‘Columbia’ in 1788 by Wright’s grandson, it was an important way station on the Underground Railroad and was considered by Congress as the U.S. capital in 1790. With a small population of 10430 inhabitants, Columbia is cozy, picturesque, and calm. It is the home of the National Association of Watch and Clock Collectors, clock museum and “School of Horology”. Civil war bridge-burning reenactments (“Flames Across the Susquehanna”) sponsored by Rivertownes PA USA are also organized at the remains of the Pennsylvania Railroad Bridge. CDC information for travelers. Hours/availability may have changed.

An English woman named Susanna Wright owned the Wright's Ferry Mansion, originally built in 1738. A colonist, Susanna Wright, was a seasoned member of the literati, alongside the likes of James Logan, Benjamin Franklin, and Charles Thomson. The house, having been restored by The von Hess Foundation, boasts of being the only Pennsylvania English Quaker house that restricted its furnishings exclusively to the first half of the eighteenth century. Complementing its elegant Philadelphia William and Mary and Queen Anne fittings with austere bare scrubbed floors and windows devoid of any drapery, the house is an apt representation of early eighteenth-century America.

Situated between Harrisburg, York and Lancaster and a few hundred yards from the banks of the Susquehanna River, GARTH serves as a quaint gallery, framing studio, event venue, and café. Founded in 2001, The Gallery atGARTH and Frame is not very far from major cities and is mere minutes from Lancaster County’s famous Amish region. Its goal is being a comprehensive resource for both art and custom framing to meet the varying desires of its clients. Visitors are not left out, as freshly roasted coffee from the cafe, roasted in a vintage 1905 Royal #5 roaster, is always available. Equipped with a boutique event space capable of hosting gatherings of more than 100 guests, and a second floor Gallery arrayed with widely acknowledged artwork, The GARTH is the perfect place to bond with friends.

You are reading "7 Best Things to Do in Columbia, Pennsylvania" Back to Top

© The Inn at Bully’s Restaurant & Pub

A.G Beattie built the Inn at Bully's Restaurant & Pub in 1903 as a Hotel-Tavern. It catered to the mill and railroad crowd in the early twentieth-century town of Columbia. It was called the Union Hotel then and has since gone through a string of owners and names, from Piney’s, Kitch’s, Bully’s on Union (in deference to President Theodore Roosevelt), and finally Bully’s Restaurant & Pub. Its activities were briefly disrupted by a fire, which led to the conversion of the top floors to a spacious and magnificent inn. The restaurant still boasts of the walnut and chestnut bar originally found in the Union hotel, complete with nickel grooves made by the railroad workers. Private Events are available, for Lunch and Sundays, only by reservation.

You are reading "7 Best Things to Do in Columbia, Pennsylvania" Back to Top 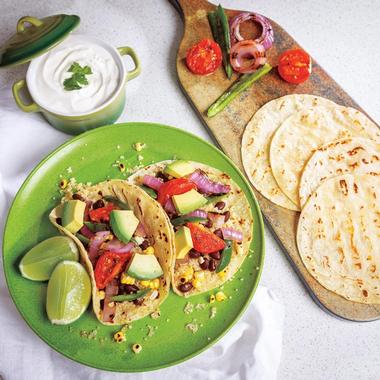 Harry and Sigmund Weis established Weis Markets as a small store on Market Street, Sunbury, Pennsylvania. It was known as Weis Pure Foods then. Now owned by Harry’s grandson, Weis Markets has stores in a plethora of cities in America. Sporting a workforce of over 19000, it also supports local farmers in all states it is situated in. Weis Markets processes its own milk and uses the excess butterfat to create delicious Weis quality Ice cream with over 50 flavors and growing. Devoted to reducing their carbon footprint, Weis Markets is big on recycling, and energy conservation. It also funds charitable and clinic programs for the community.

You are reading "7 Best Things to Do in Columbia, Pennsylvania this Weekend with Friends" Back to Top or More places to see near me today, what to do, weekend trips 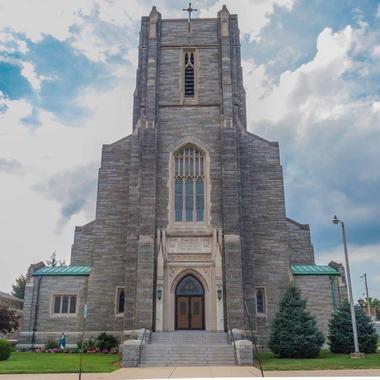 
The early Catholic settlers of Wright’s Ferry, now known as Columbia, had to journey to Lancaster, York or Elizabethtown for Holy Mass, until 1826, when St Peter’s was built on Union Street. An influx of German Catholics into Columbia between 1840- 1860 due to the Napoleonic wars, created a need for a church for the non-English speaking Germans. Bishop John Neumann (canonized a Saint by Pope Paul VI) arranged for the purchase of land. And so, the Holy Trinity Church was built in 1862, along with a cemetery (partially vandalized in 2009, but has long since undergone repairs) in 1865, and a schoolhouse in 1870. The Church is over 150 years old and is the home of a mural of Jesus created by renowned artists Wayne Fettro and Mark Grab.It celebrates the weekend and weekday masses.

You are reading "7 Best Things to Do in Columbia, Pennsylvania this Weekend" Back to Top or Restaurants near me, stuff to do near me 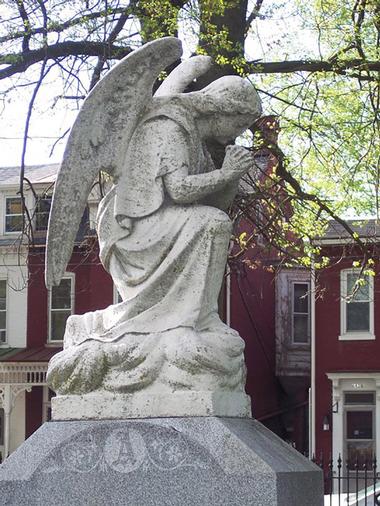 
Built in the 1720s, even before the creation of the Borough, The Mount Bethel is the oldest burial ground still in use in the Columbia area. The earliest legible marker is dated 1745. Nearly 300 years old, the cemetery holds the remains of over ten thousand of its former citizens. Visitors and citizens interested in the rich genealogy of the town can readily find them in the cemetery’s computer records. A survey of markers and genealogy account was also published by a Frank X Reuss in the Columbia Papers in 1903. Interesting things to note about the cemetery include the fact that smallpox burials in 1902 were conducted by midnight, with only two special people in attendance. Nowadays, the cemetery is maintained through the combined efforts of citizens, well-meaning benefactors, the sale of a few lots, and an annual fundraiser.

You are reading "7 Best Things to Do in Columbia, Pennsylvania" Back to Top or More must do for couples, what to do near me, places to visit this weekend

The First National Bank of Columbia was originally a hotel and a tavern called The Mansion House. It was chartered in 1864 and became the 371st bank chartered in the USA. The bankis nestled in a three-story Federalist Style townhouse, which was restored by The Motters in 1967 and reopened as the First National Bank Museum.Inside, eyes are entertained by an array of historical artifacts from the time when the bank was still operational, like the fittings of the President’s office, the original vault, the walnut paying and receiving teller cages, and the first check canceller comprising of a tree stump and a specially designed hammer.

You are reading "7 Best Things to Do in Columbia, Pennsylvania" Back to Top or More tourism, attractions for couples, food, things to see near me today

7 Best Things to Do in Columbia, Pennsylvania

Located in Columbia, Pennsylvania, the National Watch and Clock Museum aims to educate visitors about a wide variety of historical watches and clocks while inspiring a passion for timekeeping and timepieces. Visitors of all ages will be delighted by timepieces from all over the world in expertly designed exhibitions and can attend a wide variety of educational programs and family-friendly community events and workshops.

The National Watch and Clock Museum was opened to the public in 1977 and at that time, the museum only had about 1,000 items to display. Since its first opening, the museum has since grown its collection to more than 12,000 historical and cultural timekeeping items and has also expanded its gallery and exhibition space quite substantially.

The most recent expansion took place in 1999 when the museum added an entire story to its building – more than doubling its exhibition space! Now that there is plenty of room, the museum currently houses the largest collection of 19th-century American watches and clocks.

The galleries are arranged chronologically through the entire history of watches, clocks, and timekeeping technology starting in the time of non-mechanical devices all the way up to modern day atomic and radio-controlled timepieces.

There are a variety of timepiece collections from all over the world including pieces from 19th century America. The collection also includes English tall case clocks and timepieces from Japan, China, Germany, Russia, France, and the Netherlands.

Watch Portraits by Atom Moore: This exhibition features the photography of world-renowned artist, Atom Moore. His collection is entitled Watch Portraits and displays some of the finest details and aspects of both vintage and modern timepieces. The exhibition features macro shots which show the subtle beauty of many pieces, and mashups which show these features in a collage of repetition. The exhibition is on display at the museum until December 31, 2017.

Art of Time:This special exhibition showcases the works from artists all over the world who used time or timepieces in their works of art. Everything from surrealist paintings to sculptures are on display, which will delight visitors of all artistic preferences. The exhibition is on display until January 2018.

James Bond Wore the Quartz Revolution: This exhibition displays the timepieces that were worn by the famous super spy, James Bond, during the James Bond films from 1973 to 1995. Visitors can get up-close-and-personal with the famous wristwatches and this exhibit is sure to delight all James Bond fans. The exhibit was opened in the summer of 2015 and is still on display.

Sponsor’s Hops’n’Clocks:The annual event of the season, Hops’n’Clocks, will be on July 7, 2017 this year. Local restaurants and microbreweries have the chance to gather and pair their specialties for an evening of great food, beer, and clocks. Local companies are invited to attend by simply sponsoring the event and enjoying the entertainment and subsequent advertising! For more information on becoming a sponsor or attending the event, please visit the website or send an email to Gillian Radel at gradel@nawcc.org.

Because education is part of the core mission of the museum, there are a variety of educational programs and activities for members of the entire family available year-round. Everything from local activities to full-blown national events, there are all kinds of workshops, interactive activities, and educational opportunities at the research center and library.

One of the most popular workshops is the opportunity to learn how to care for your timepieces. These classes aim to increase attendees’ knowledge about clocks as well as how to care for and repair them on their own. Be sure to visit the website for more information about educational programs at the museum.

You are reading "7 Best Things to Do in Columbia, Pennsylvania " Back to Top

12 Best Things to Do in Huntingdon, Pennsylvania

4 Best Things to Do in Bethel Park, PA