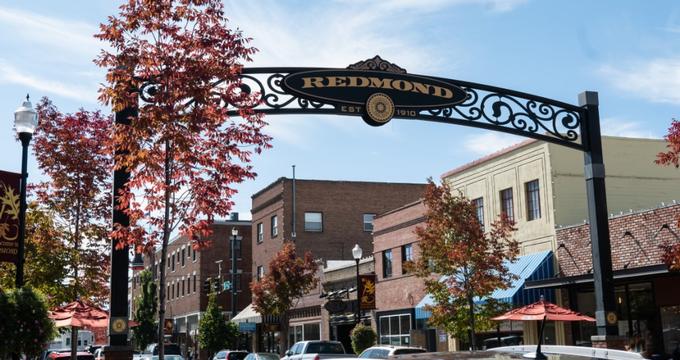 The city of Redmond, Oregon is an ideal home base for anyone wanting to explore the region of Central Oregon and everything it offers. Providing a “slice of Americana,” the city is home to festivals, fairs, music events, and more throughout the year. There are also several places to go for outdoor recreation and to explore the “Great Outdoors,” including Smith Rock State Park, the birthplace of Sport Climbing in the United States. Redmond also has no shortage of places to try a craft beverage with its many breweries and distillery. 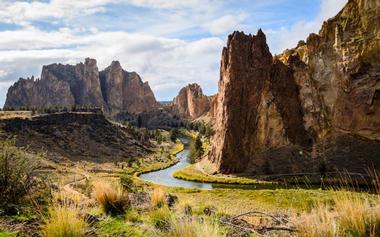 Recognized as one of the “Seven Wonders of Oregon,” Smith Rock State Park is one of the most iconic destinations for rock climbing in the United States and is located only around fifteen minutes outside of downtown Redmond, Oregon. With over two thousand routes for climbers to choose from, the state park offers climbing opportunities for people of all skill levels. In addition to bouldering, traditional climbing, and sport climbing, Smith Rock State Park also offers opportunities for mountain biking, hiking, and wildlife viewing, with possible wildlife to be spotted including river otters, prairie falcons, and golden eagles.

-- You are reading "10 Best Things to Do in Redmond, Oregon" Back to Top 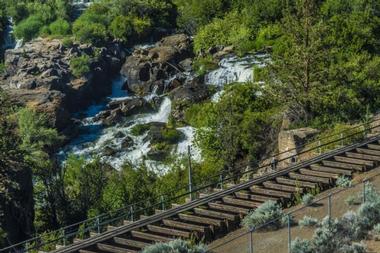 Cline Falls State Park, situated along the banks of Oregon’s Deschutes River, offers a relaxing and peaceful place for visitors and locals alike in the Redmond area to enjoy the sunshine and have a picnic, or maybe do some fishing in the river. Cline Falls State Park is a scenic day-use park and is open year-round to visitors. The park consists of viewpoint areas along the riverbanks, a swimming hole, and an excellent area for picnicking with grills, tables, horseshoe pits, and a fish cleaning station. There are short stretches of the river that are swift enough for inner tubing as well.

-- You are reading "10 Best Things to Do in Redmond, Oregon" Back to Top

3.The Art of Alfred A. Dolezal Gallery, Redmond, Oregon 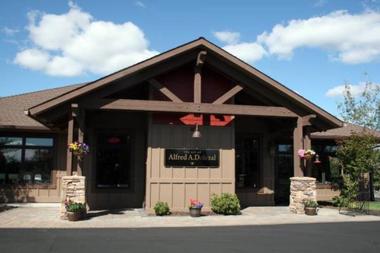 © The Art of Alfred A. Dolezal Gallery

The Art of Alfred A. Dolezal Gallery is home to a collection of eclectic oil paintings created by Alfred A. Dolezal, an Austrian-born artist whose symbolistic expressions are often accompanied by a descriptive and enlightening narrative. The gallery in Redmond, Oregon is made up of an artist studio, many rooms that display works of art, as well as a gift shop selling books, reproductions, limited edition prints, and more. With around fifty years of painting, Alfred Dolezal himself often leads private tours of the gallery, as well as offers oil painting and drawing classes for people of all art skill levels. 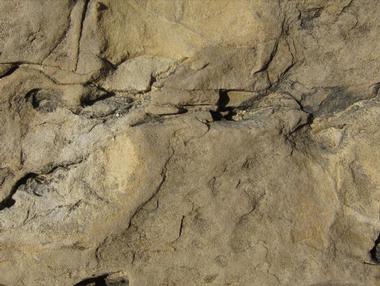 The Redmond Caves Recreation Area is a great place to go in Central Oregon for anyone needing an “outdoor fix.” The recreation area is home to a series of five caves that were created by the Newberry Caldera’s volcanic molten lava flows. Visitors can explore the underground and follow the footsteps of the region’s Native Americans who used the Redmond Caves over the past six thousand years. Situated within the city limits of Redmond, the caves also provide a fun way to learn about the area’s past human use, wildlife, and geology. The Redmond Caves Recreation Area is open year-round.

-- You are reading "Fun Things to Do in Redmond, Oregon this Weekend with Friends" Back to Top 
The Petersen Rock Garden and Museum was started back in 1935 by Rasmus Petersen, a Danish immigrant, as a pet project. Petersen began creating bridges, towers, fountains, castles with moats, and miniature replicas of some famous buildings throughout his property, all made from pieces of glass, shells, rocks, and other objects he found. Gravel walkways wind their way through the garden, guiding visitors through Petersen’s imagination through rocks. In addition to the garden, the Petersen Rock Garden and Museum property also features a small rock museum that displaces fossils, agates, and rare geodes among other items and a gift shop.

-- You are reading "What to Do in Redmond, Oregon this Weekend" Back to Top 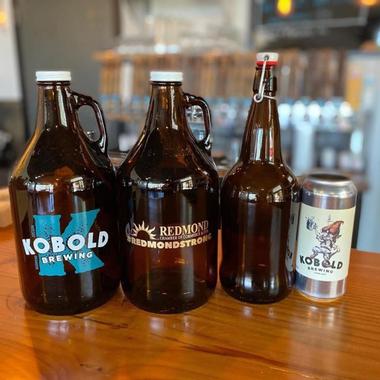 
The Vault Taphouse of Kobold Brewing is a family-friendly brewery taphouse located in downtown Redmond, Oregon. Home of the city’s Kobold Brewing company, the Taphouse is the only place to taste the complete lineup of the brewery’s beers. Visitors can catch a game of Taphouse Trivia or Brewery Bingo on certain nights, or simply drink a pint or two on the outdoor patio, by the fire table or outdoor fireball, or indoors.

-- You are reading "Top Romantic Tourist Attractions in Redmond, Oregon" Back to Top 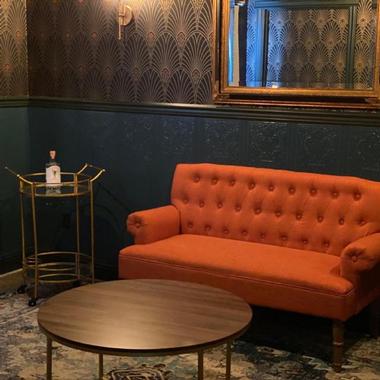 -- You are reading "What is There to Do with Kids in Redmond, Oregon" Back to Top 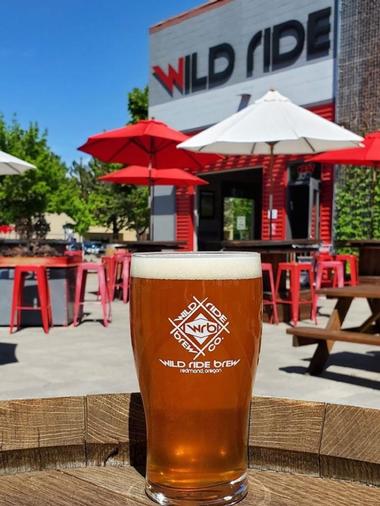 The Wild Ride Brew Company welcomes visitors to stop by its family-friendly Tap Room to enjoy a variety of award-winning brews just a few feet from the brewery, as well as on the spacious outdoor patio. Situated in the heart of Redmond’s downtown district, this craft brewery started production in 2014 and has a standard beer lineup of at least a dozen beers. With both outdoor and indoor seating, there’s often food trucks on-site as well. 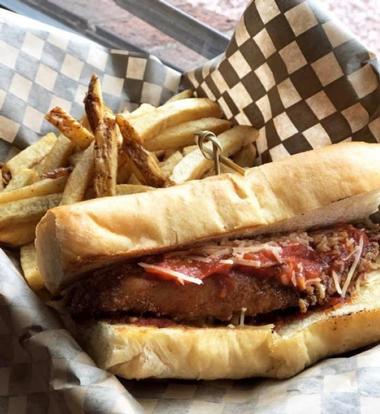 Initiative Brewing is a place where locals and tourists alike can relax in the laidback brewpub and have a pint or two of world class beer, as well as a bite from an innovative food menu. With around twenty years of homebrewing experience and more than ten years of professional experience, Initiative Brewing produces a unique menu that showcases the brewery’s love for Central Oregon. Visitors can choose to enjoy their brews and food indoors or soak in the sunshine and views of Central Oregon from the family-friendly brewpub’s outdoor patio, where dogs are allowed as well.

, Michigan beaches -- "Best Things to Do in Redmond, Oregon for Locals & Tourists - Restaurants, Hotels" Back to Top 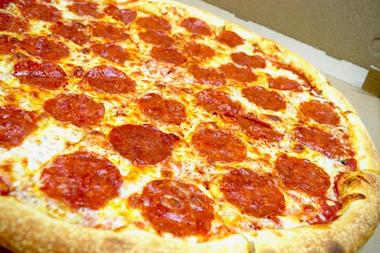 Cibelli’s Pizza was started by Frank Cibelli, a man who grew up in New York and City and enjoyed nothing more than a good slice of pizza. After Frank moved to Oregon, however, he realized the options for a “fine slice of pizza” were rather limited. This is what led him to open up his own pizzeria to provide the people of Oregon with the best pizza in the area, a restaurant that celebrates the art of pizza dough, including tossing and spinning it. Cibelli’s Pizza has expanded over the years to include locations in Redmond, Corvallis, and Bend.

You are reading "10 Best Things to Do in Redmond, Oregon " Back to Top

8 Best Things to Do in Pacific City, Oregon

24 Best Things to Do in Hood River, Oregon

17 Best Things to Do in Ashland, Oregon

21 Best Things to Do in Seaside, Oregon

21 Best Things to Do in Newport, Oregon