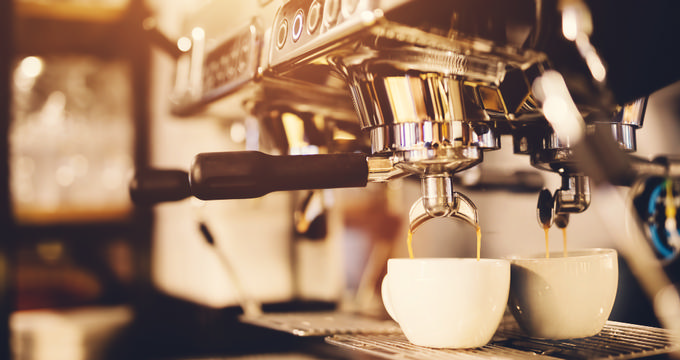 Portland has been known internationally as one of the United States' most progressive and cultural cities, renowned for its world-class music and cuisine scenes. Though the city is best known as the microbrewery capital of the world, it has also grown in recent years to become a major competitor to nearby Seattle in terms of specialty coffee roasters. 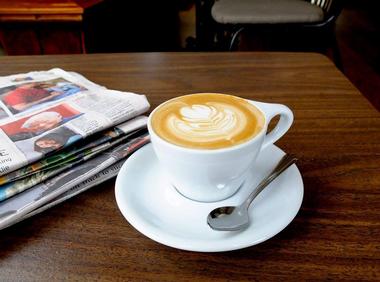 Either/Or is a hip hideaway in Portland's Sellwood neighborhood, named after the third studio album from iconic Portland singer-songwriter Elliott Smith. The coffee shop, which is owned and operated by Ro Tam, is anchored around a unique multi-roaster program, serving up the best offerings from Portland-area roasters selected through a blind-cupping process to avoid brand bias. A coffee mocktail selection features rotating seasonal beverages crafted to mixology standards, while a flight tasting program lets visitors taste several variants of coffee, espresso, tea, and chai beverages. At the company's second location on North Williams, visitors can also enjoy globally-inspired food options such as Chinese-style sausage bowls with kimchi, bok choy, and soft-boiled eggs. Cocktails are served during the evening hours, complemented by late-night DJ sets. 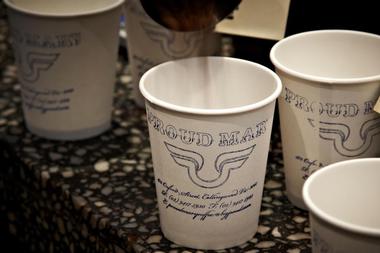 Proud Mary's Portland location is the only United States location of one of Australia's most popular coffee retailers, originally founded in Melbourne by married duo Shari and Nolan Hirte in 2009. The company's North Portland location, which opened to the public in 2017, brings a uniquely Portland ethos to its internationally-infused menu, which includes a coffee showcase program working directly with farm growers and boasting several Cup of Excellence-award-winning brews. Classic coffee shop beverages such as flat whites and cold brews are complemented by elaborate offerings such as $10-a-cup Panamanian Geisha coffee or tumeric-infused chai lattes. A wide variety of specialty teas are also served up, along with delicious brunch offerings such as charred peach ricotta hotcakes, Dungeness crab omelettes, and Aussie favorite vegemite toast. 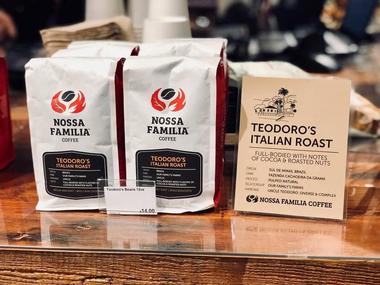 Nossa Familia Coffee is a delicious coffee shop offering four locations throughout Portland, originally opened to the public in 2004 by Brazilian native Augusto Carvalho Dias Carneiro, who brings more than a century of his family's experience in the coffee growing industry to the Portland coffee scene. The company is the first Certified B Corp roaster in Oregon and is committed to sustainably and ethically sourcing the world's best family-farmed specialty coffees, which are responsibly imported from top growing regions such as Guatemala, Nicaragua, and Peru. Specialty beverages served up throughout the day include Portuguese-style spicy mocha fogos and traditional Brazilian-style cafezinhos. A full menu of tea beverages is also served, along with bagels from Bowery Bagels and pastries from local bakers Gabriel's.

, OH -- You are reading "15 Best Coffee Shops in Portland, Oregon" Back to Top 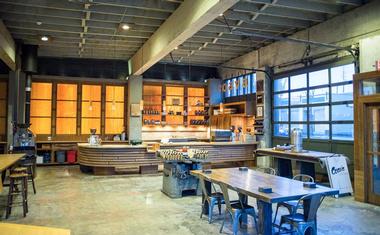 Coava Coffee is one of Portland's flagship coffee roasters, offering three locations throughout the city. The company was founded in 2008 by veteran barista and coffee roaster Matt Higgins. Classic coffee shop beverages such as cortados, cappuccinos, and nitro cold brews are served up with expert attention to detail, overseen by Pacific Northwest regional championship baristas. A modern industrial vibe permeates all three locations, which also serve up pastries from local bakers Little T. Coava's roasts are also served up at a variety of other coffee shops throughout the city, including other top shops within the Portland Coffee Packing District.

-- You are reading "15 Best Coffee Shops in Portland, Oregon this Weekend with Friends" Back to Top 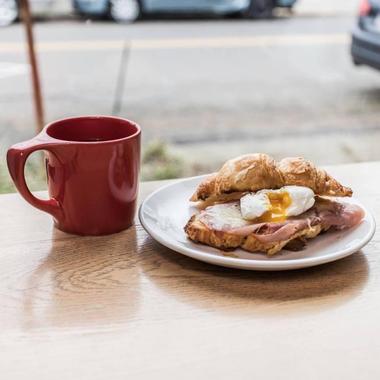 
Upper Left Roasters is a clever Scandinavian-influenced coffee shop in Portland's Ladd's Addition neighborhood, opened to the public in August of 2015 by father-daughter duo Jim and Katherine Harris. The boutique cafe and roastery has converted a former dive bar space into an inviting, airy breakfast spot, serving up delicious small batches of floral-forward roasts of ethically-sourced single-origin coffees. A limited food menu focuses on creative toasts crafted from locally-sourced bread by Little T Baker, including avocado toasts and variants topped with Bee Local honey. Open-faced sandwiches are also served, along with clever specials such as Turkish-style eggs with herb and garlic yogurt. A second location of the shop is also offered downtown on SW Morrison.

-- You are reading "15 Best Coffee Shops in Portland, Oregon this Weekend" Back to Top 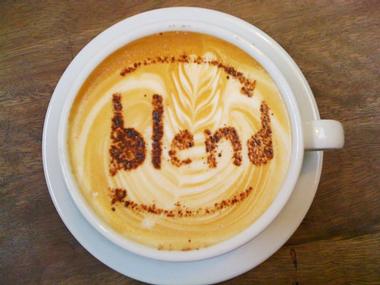 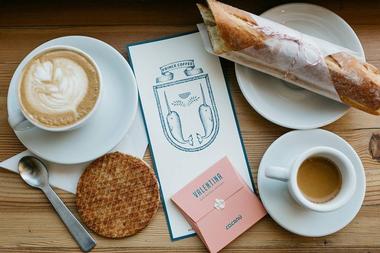 Prince Coffee is a Dutch-inspired coffee and stroopwafel joint in North Portland's Kenton neighborhood, opened to the public in 2016 by former Barista employee Katie Prinsen within the Revive Upholstery and Design space. The small but charming coffee shop showcases showroom decor elements from Revive alongside a custom-constructed coffee bar, creating a comfortable and relaxing aesthetic for patrons. Menus are inspired by Prinsen's childhood visits to the Netherlands, with all stroopwafel variants made in house daily. Roasts from area coffee producers Coava, Proud Mary, and Roseline are offered in beverages such as cortados, macchiatos, and mochas, with tea beverages and tap kombucha also offered as coffee alternatives. 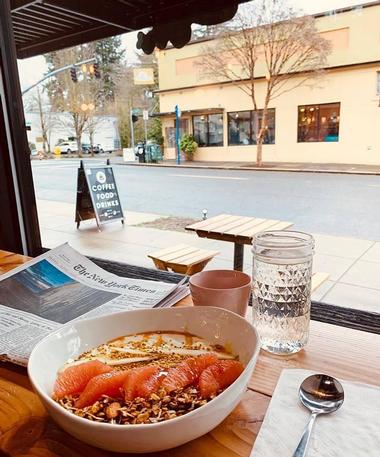 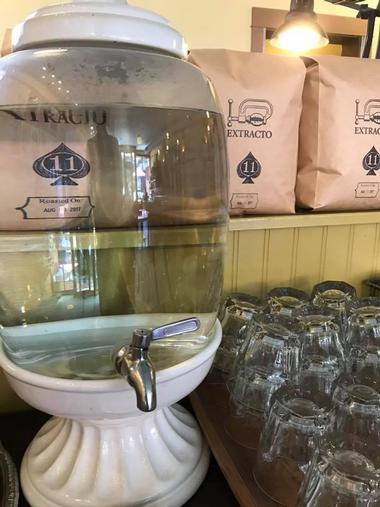 Extracto Coffee House and Roastery is a family-friendly coffee shop in Portland's Concordia neighborhood, originally opened to the public by owner Chris Brady in 2006 as one of the first coffee offerings along the neighborhood's now-vibrant NE Killingsworth business stretch. The micro-roasters offer a unique glimpse into the roasting process at their flagship location, with much of the company's roasting done onsite during business hours at its open-style roasting station. A wide selection of international roasts is available in classic pourover styles and espresso beverages, with local pastries served up from several area bakeries. A second location on NE Prescott Street offers outdoor seating with dog-friendly bistro tables. 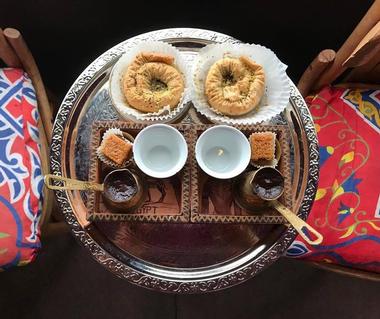 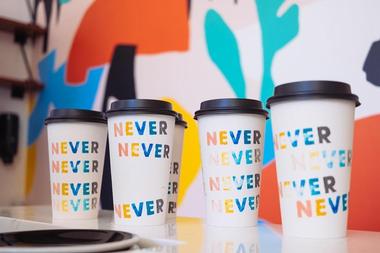 Never Coffee Lab is a vibrant, art-inspired coffee shop in Southeast Portland, showcasing interior decor reminiscent of French artist Henri Matisse and brightly-colored custom Strada espresso machines. The coffee shop, which opened to the public in August of 2016, is known for its unique signature espresso beverages, including its flagship Holy Grail latte, which is infused with turmeric, orange blossom water, and locally-produced Bee Local cherrywood-smoked honey. Other clever beverages include the Scandinavian-inspired Midnight Oil, which highlights black licorice and sweet fennel seed, and the Oregon, which blends Jacobsen sea salt, dulce de leche, and Cascade hops. All drinks are served up in locally-crafted mugs, adding to the shop's quirky ambiance. 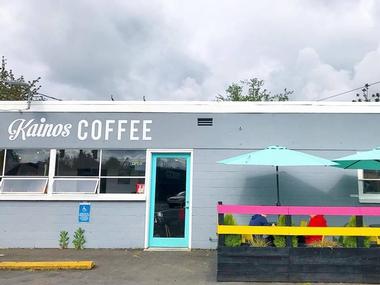 Kainos Coffee brings craft coffee to Portland's Northeast, owned and operated by childhood friends Austin Roberts and Marten Boyden since 2016. The charming Roseway cafe, which began its life as a coffee cart parked on NE Sandy Boulevard at 66th Avenue, serves up signature coffee roasts such as its much-loved "Freakin' Yum" blend, along with a variety of espresso and specialty beverages, including affogatos served with Tillamook ice cream flavors and pop tarts from VilleVelo Bake Shop. The community-minded roasters' enterprise is anchored around a commitment to social work, with a portion of all proceeds donated to the LifeChild Asia Foundation, which helps underserved youth in the Philippines.


Free points of interest close to me: Things to Do in Half Moon Bay, Where to get married, New York castles 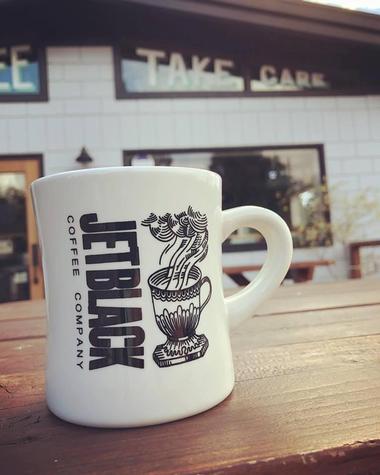 Jet Black Coffee Company is a vegan-focused coffee shop located in Portland's Gateway District adjacent to popular vegan grocers Food Fight. The coffee shop, which is owned by Southeastern transplants and longtime friends Karla Nolt and Travis Coe, serves up a wide variety of vegan espresso beverages infused with alternative milk choices such as soy, almond, and hemp milk. All beverages are crafted with the coffee shop's signatured Dear You blend, named in honor of the fourth studio album by alternative rock band Jawbreaker, which contains the song that serves as the shop's namesake. A vegan outpost of popular regional taco chain Los Gorditos is offered at the location, serving up soy burritos and tofu scrambles at breakfast. Local beers and wines are available, along with vegan baked goods from local bakeries such as Shoofly Vegan Bakery.

-- You are reading "15 Best Coffee Shops in Portland, Oregon" Back to Top or Amazing things to do around me 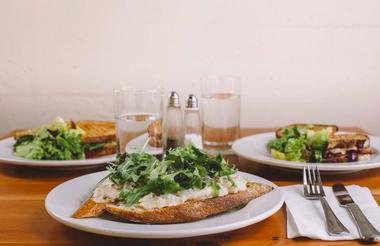 Commissary Cafe is an Art Deco-inspired cafe located within Portland's Alphabet District, housed within the former Portland Film Exchange Building, which served as a distribution center for major motion picture studios such as Paramount and Fox throughout much of the 20th century. The coffee shop, which is named in honor of the term for film cast and crew mess halls, serves up beverages crafted with Water Avenue Coffee roasts and espressos, overseen by owner and chef Kim Wilson, a graduate of London's internationally-recognized Le Cordon Bleu Pâtisserie program. Clever lunch menus serve up sandwiches and entrees named after famous 20th-century film stars, with breakfast item names playing off of common film crew terminology.


Places to visit near me: Centralia, Bandera, Places to Visit in Mississippi, Romantic weekend getaways in CT 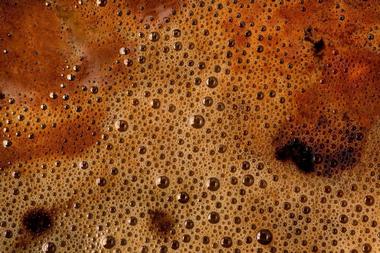 Spella Caffè is a classic Italian-style cafe in downtown Portland, owned and operated by Andrea Spella, known as a pioneer among the nanobatch coffee roasting and food truck scenes in the city during the early 2000s. The coffee shop, which opened in its current location in 2010, serves up classic Northern Italian-style beverages crafted using a manual Rancilio espresso machine. Favorite beverages include hand-shaken iced coffee, Italian-style espressos and cappuccinos, and delicious dessert concoctions such as affogatos, which pour a handcrafted espresso shot over a scoop of the shop's traditional-style gelato. Visitors should note that long lines are common during weekday morning hours, with limited standing-room-only space within the shop's small interior.

You are reading "15 Best Coffee Shops in Portland, Oregon " Back to Top

10 Best Things to Do in Klamath Falls, Oregon

12 Best Things to Do in Beaverton, Oregon