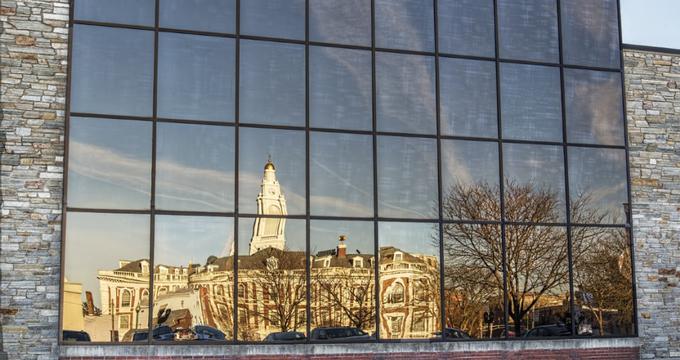 Located within New York State’s Capital Region, the city Schenectady is a place that’s worth a visit for a day or two. This Upstate city is full of shops, history, outdoor recreation, food, and culture. There are attractions and activities for people of all ages, just a short distance from Lake George, Saratoga, Cooperstown, Albany, and the gorgeous Adirondacks. Visitors can explore one of the oldest residential communities in the United States, catch a show at the historic Proctor’s Theater, take a walk along the scenic Mohawk River, and much more. 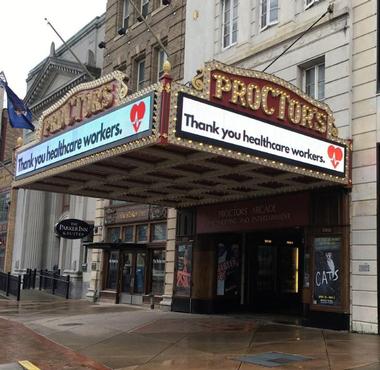 The Proctor's Theater in Schenectady, New York is considered by many to be one of the premier live entertainment venues in Upstate New York. Situated in the center of the city’s downtown district, the historic theater was originally a vaudeville show palace back in 1926 and has since undergone a complete renovation. This renovation resulted in a much grander theater than before and the Proctor’s Theater is now one of Upstate New York’s largest theaters, capable of hosting some of the largest touring Broadway shows of today, such as Jersey Boys, Lion King, Wicked, and Book of Mormon.

-- You are reading "12 Best Things to Do in Schenectady, NY" Back to Top 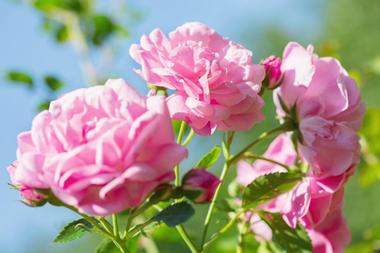 The Central Park Rose Garden offers guests an opportunity to pass by more than three hundred varieties of roses and around four thousand bushes, which include hybrid tea roses featured in a variety of hues, floribunda, shrub, and grandiflora. This rose garden in Schenectady’s Central Park is one of eight All-American Rose Selection-accredited “public rose gardens” in the state of New York. At the heart of the Central Park Rose Garden is a large fountain with a flower bed of perennials surrounding it, providing a peaceful place for visitors to stop for a bit and enjoy being in nature.

-- You are reading "12 Best Things to Do in Schenectady, NY" Back to Top 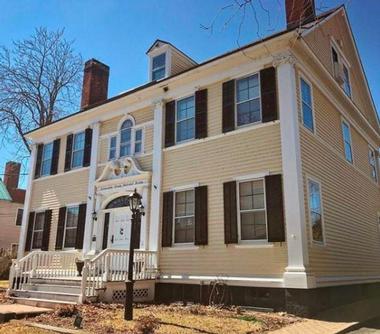 The Schenectady County Historical Society Museum is located in the middle of the historic Stockade District of Schenectady, New York, which is noted as the “highest concentration of historic period homes in the country” by the National Park Service. Visitors can stop by the museum to join a walking tour of this historic district and beyond, explore several different interactive exhibits highlighting the local stories and historic sites of the city, listen to renowned speakers, and more. The Schenectady County Historical Society Museum, with its adjacent Grems-Doolittle Library, also hosts community events, concerts, workshops, and a variety of educational programs. 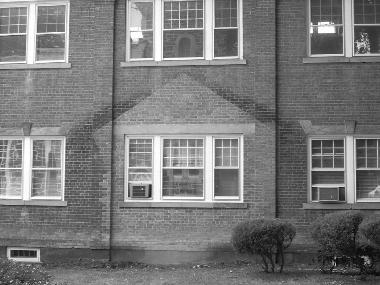 The Stockade Historic District, also known simply as “The Stockade,” is the oldest neighborhood in the city of Schenectady. Originally serving as a fort, the area today is the site of some of the city’s most historically significant and oldest homes. The unique and beautiful historic neighborhood features over forty pre-Revolutionary homes, as well as several different architectural styles, including Victoria, Federal, Georgian, and Dutch Colonial. The Stockade is bordered by the Mohawk River, which provides a picturesque setting for the Riverside Park, with beautiful river views and an ideal place for bicycling, running, or just watching the sunset.

-- You are reading "Fun Things to Do in Schenectady, NY this Weekend with Friends" Back to Top 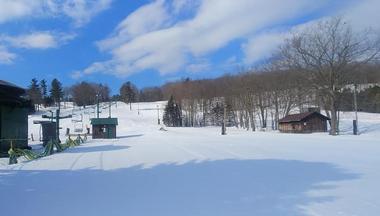 
A “Learn to Ride Center,” the Maple Ski Ridge is an ideal destination in Upstate New York for people of all ages to learn how to ride and ski. Located just six miles outside of Schenectady and around twenty miles from Albany, the family-owned and operated ski area is designed for riders and skiers of all skill levels and ages, and has been voted as the Capital District of New York’s number one “Learn to Ski and Snowboard Ski Center.” The Maple Ski Ridge is also a leading facility in weekend and after-school snowboard and ski programs for children.

-- You are reading "What to Do in Schenectady, NY this Weekend" Back to Top 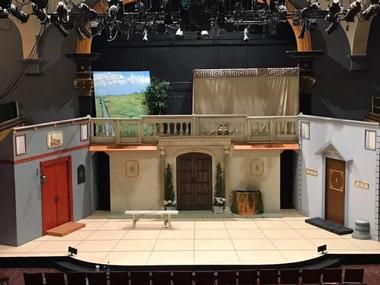 
The Schenectady Light Opera Company is a not-for-profit organization operating as a performing arts center and community musical theater. Located in the downtown district of the city of Schenectady, New York, the Schenectady Light Opera Company dedicated itself to presenting a variety of quality musical theater shows every year, having put on over five hundred quality theater productions at multiple locations since the light opera company was founded back in the year 1926. The mission of the musical theater company is to offer opportunities for both youth and adults alike to participate in and experience the performing arts.

-- You are reading "Top Romantic Tourist Attractions in Schenectady, NY" Back to Top

The Mohawk-Hudson Bike-Hike Trail is a scenic trail extending from Rotterdam to Albany and connects to the Erie Canalway bike trail, extending further along the Upstate New York area’s Mohawk River. Most of this trail is made up of paved bike paths, but there are short portions of riding on roads along the route, however, clear signs are posted to direct people back to the dedicated Mohawk-Hudson Bike-Hike Trail bike path. The trail travels through fields, woodlands, and residential neighborhoods, with a large portion traversing parallel to the river, offering some stunning views and several landmarks along the way.

-- You are reading "What is There to Do with Kids in Schenectady, NY" Back to Top 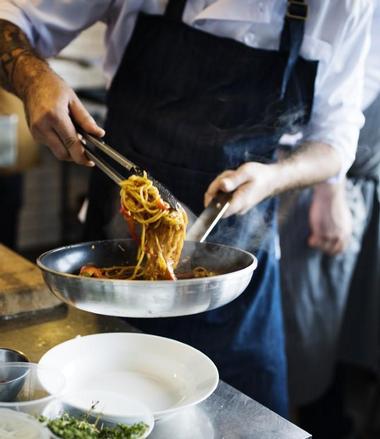 Canali's Restaurant in Schenectady, New York offers some of the best classically Italian fare and excellent service in the area. The restaurant has hosted gatherings and celebrations in the city for more than seventy years, providing homemade Italian dishes and a warm, welcoming atmosphere. Passed down through four generations of the family, Canali’s Restaurant has long held to its original high standards and continues to use the freshest ingredients possible in the dishes it serves to guests, including hand cutting their own steaks and making their own pasta. The Italian restaurant is open for dinner Wednesday through Sunday. 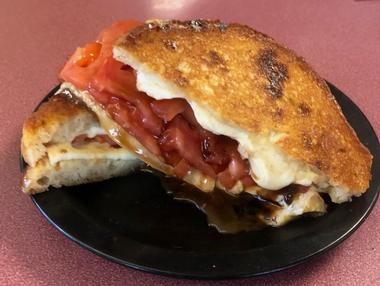 Schenectady, New York’s Gershon’s Deli serves a large menu of old-world favorites and traditional sandwiches, including chopped liver, corned beef, and hot pastrami. The extensive sandwich menu also includes a variety of triple deckers and overstuffed combinations that will please any sandwich lover. In addition to the assortment of sandwiches, Gerson’s Deli also offers a number of grilled items, such as burgers and chicken, as well as homemade soups and salads that are made fresh every day. Guests should also save room for the signature desserts, like strudel from New York City’s famed Carnegie Deli and cheesecake.

, Michigan beaches -- "Best Things to Do in Schenectady, NY for Locals & Tourists - Restaurants, Hotels" Back to Top 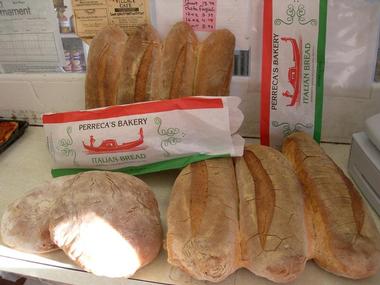 Perreca's Bakery first opened in the Schenectady community back in the year 1914, and has since been continuously run by the same family for more than one hundred years. The old, coal-fired brick oven itself has been making hard-crusted, delicious bread for around a century and has made the bakery a destination for several decades, as well as a landmark of Upstate New York. Perreca's Bakery has also been voted by both customers and food reviewers as the “best Italian bakery” within the Upstate region. The signature dish here is the “Eggs in Purgatory,” which are “egg pouches” in marinara sauce. 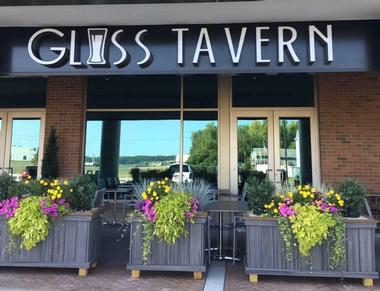 The Glass Tavern specializes in serving the freshest possible seafood, poultry, and steak dishes within a hospitable and welcoming environment. The restaurant repeatedly draws customers back with its relaxed atmosphere, inviting presentations, excellent preparation, and quality ingredients. The Glass Tavern is a one-of-a-kind dining establishment in Schenectady, New York, offering unique settings within each of the restaurant’s spaces, including the tavern bar with a mix of authentic rustic barn board and brick with a hint of modern elements, the Raw Bar area with the day’s fresh catch on crushed lemon ice, and the fireplace room with wine display and ceiling-high bookcases.

-- "New cool stuff to do in Schenectady, NY" Back to Top or Romantic Getaways 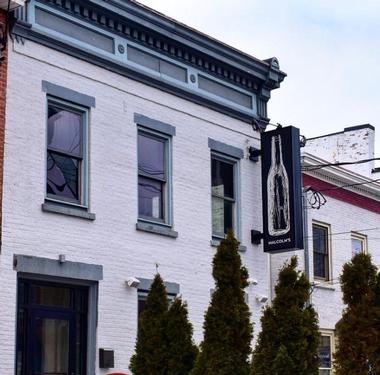 Malcom Germain, for whom this k restaurant is named, was a passionate fan of food and he shared that avid love of food with his family and friends. The manager and owner of Malcolm’s, Nate Germain, inherited the same passion for food from Malcolm and attended the Culinary Institute of America before opening his own restaurant in the city of Schenectady, New York. Malcolm’s uses the highest quality of fresh ingredients available and is open for dinner five days a week.

You are reading "12 Best Things to Do in Schenectady, NY " Back to Top

14 Best Things to Do in Glens Falls, New York

15 Best Things to Do in Penn Yan, New York