15 Best Things to Do in Elmira, New York

By VacationIdea Staff on January 9, 2022 - Updated 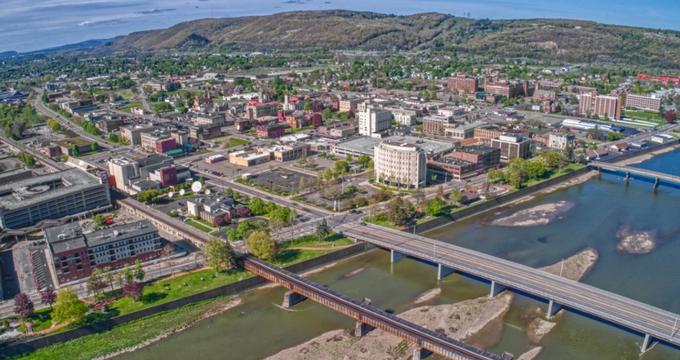 Set on the banks of the Chemung River, Elmira is a charming small town fondly known as "Mark Twain Country" because of all the time the famous author spent working on his books here. Visitors can take a tour of Twain's former study and see his grave in the Woodlawn Cemetery of Elmira, but there are plenty of other things to do as well, including the Arnot Art Museum and the historic carousel in Eldridge Park. The area is also a hub for the sport of soaring, which visitors can learn about at the National Soaring Museum before taking an exhilarating passenger flight. 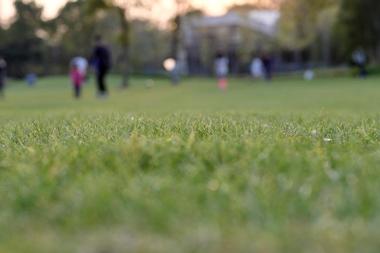 Formerly one of the most popular amusement parks in New York State, Eldridge Park fell into disuse in the late 20th century, but it has since been brought back to life by a team of dedicated volunteers. The centerpiece of the park is a beautiful 1890s carousel, which zips around at 18 miles an hour and is one of the only working carousels in the country to still have brass ring feeders, but other popular attractions include a Mark Twain themed miniature golf course, a miniature train ride, and a small lake with dragon paddle boats. 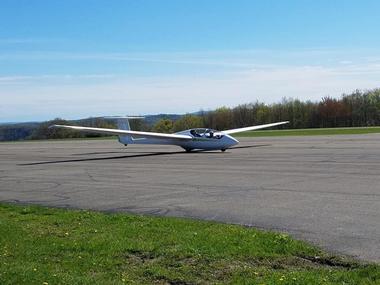 Located at the Harris Hill gliderport, the Harris Hill Soaring Corporation is a non-profit glider club dedicated to advancing the sport of soaring. Flight enthusiasts have been soaring in Elmira since the 1930s, and in 1938, it became the country's first permanent site for hosting national soaring competitions. Harris Hill still hosts national soaring contests on a regular basis, but the club also welcomes people with little or no flying experience, and flying lessons are available to anyone who wants to become a pilot. If you're not interested in getting your license, you can also take an exhilarating passenger flight with an experienced commercial pilot. 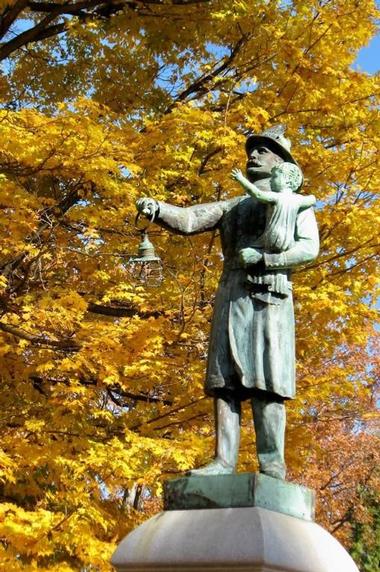 Established in 1864, the Woodlawn Cemetery of Elmira is a well-maintained, active cemetery that welcomes visitors who want to go for a walk and pay their respects to the deceased. The cemetery was added to the National Register of Historic Places in 2004, and a number of well-known public figures are buried here, most notably the author Mark Twain, his wife Olivia Langdon Clemens, and a handful of members of the United States Congress. Within the grounds is also a distinct cemetery known as the Woodlawn National Cemetery, which was established to bury Confederate prisoners during the American Civil War. 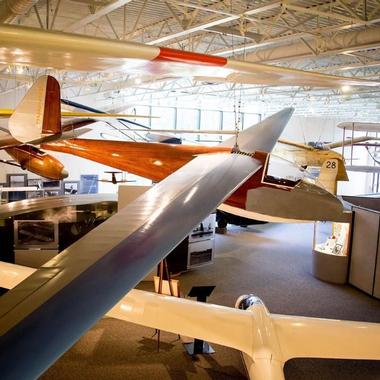 Set on top of Harris Hill not far from the airfield belonging to the Harris Hill Soaring Corporation, the National Soaring Museum is a wonderful place to learn about the sport of motorless flight and its history. The gallery hall features a collection of historical gliders and plenty of informative exhibits, and as a bonus, the building offers a spectacular view of the surrounding area. The museum is open year-round, but the exact hours vary according to the season. Group tours can be arranged by appointment, and guests can also purchase gift certificates for a passenger flight at the Harris Hill Soaring Corporation.

-- You are reading "Fun Things to Do in Elmira, New York this Weekend with Friends" Back to Top 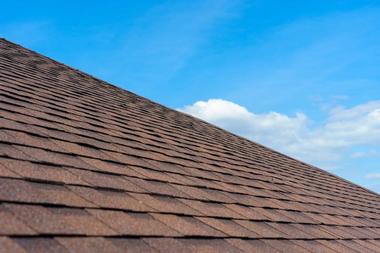 
The famous author Mark Twain was born and raised in Missouri, but he spent much of his writing career at his family's summer cottage in Elmira, a place that is now known simply as Mark Twain's Summer Home. The 200-acre property and farmhouse are now primarily used as a retreat for working writers, but the one-room study where he spent most of his time working has been moved to the nearby Campus of Elmira College. Visitors are welcome to admire it from the outside and look through the windows, and if you join a guided tour, you can go inside as well.

-- You are reading "What to Do in Elmira, New York this Weekend" Back to Top 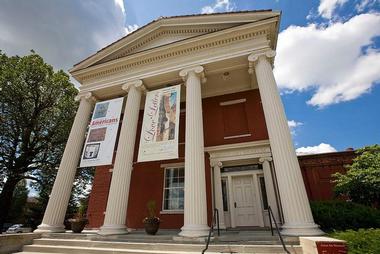 
Housed inside a Greek-Revival mansion that was built in the early 1830s, the Arnot Art Museum was established in 1913 when Matthias Hallenback Arnot bequeathed his private home and art collection to the city. The museum is an excellent example of a private 19th-century art gallery that still houses its original art, but the collection has also been expanded over the years, and it now boasts 19th and 20th century American art, European paintings from between the 17th and 19th centuries, and Egyptian and Asian artifacts. Visitors are welcome Tuesday through Saturday, and educational tours are available by appointment.

-- You are reading "Top Romantic Tourist Attractions in Elmira, New York" Back to Top 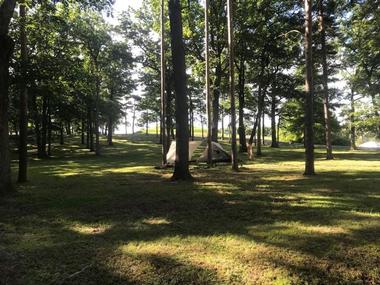 Sitting on the bank of the Chemung River, the Newtown Battlefield State Park was where the 1779 Battle of Newtown took place during the American Revolutionary War. The main feature in the park is Sullivan Hill, which played a crucial strategic role in the battle and is now marked with a white granite pillar, and there are several interpretive signs about the battle and the history of the area. Other amenities include a children's playground and several pavilions with picnic tables, and there's even a campground with showers for visitors who want to spend the night.

-- You are reading "What is There to Do with Kids in Elmira, New York" Back to Top 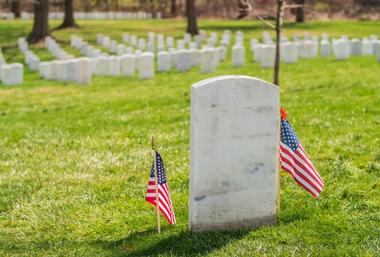 Found inside the Woodlawn Cemetery of Elmira, the Woodlawn National Cemetery is a 10.5-acre military cemetery that was originally created to serve as a burial place for the Confederate prisoners of war who were kept in Elmira during the American Civil War. In addition to the graves, the cemetery is also home to two significant monuments: one to commemorate the Confederate prisoners who lost their lives in Elmira, and another in memory of the lives lost during a tragic railway accident that took place during the Civil War. The cemetery is open to visitors every day between sunrise and sunset. 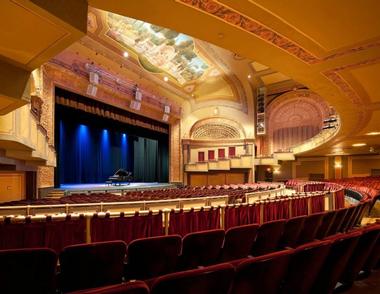 Named in honor of Samuel Clemens, a famous writer better known by his pen name Mark Twain, the Clemens Center is a magnificent theater that hosts more than 100 performances per year. It first opened in 1925 as a silent film house, and after undergoing a number of renovations throughout the years, it's now primarily equipped to host live shows of all sorts. A handful of blockbuster Broadway shows are held each year, and the shows held on a more regular basis include dance programs, stand-up comedy nights, and performances by the Orchestra of the Southern Finger Lakes.

, Michigan beaches -- "Best Things to Do in Elmira, New York for Locals & Tourists - Restaurants, Hotels" Back to Top 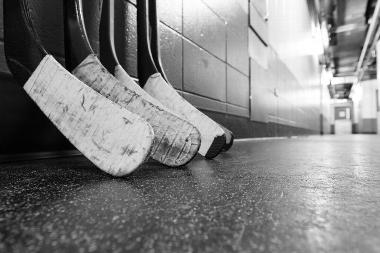 Conveniently located right downtown, the First Arena is a large arena with two ice rinks, a video game arcade, and a full-service restaurant and bar. It's the home rink of the Elmira Enforcers hockey team, and although their home games are one of the arena's biggest draws, the arena also hosts plenty of other events including wrestling matches, live music concerts, and even circuses. If you want to get out on the ice yourself, you can attend one of the public skate sessions, take some skating lessons, or show up for a drop-in hockey game. 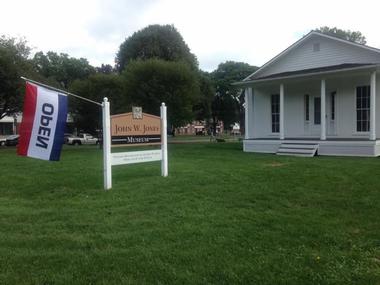 The John W Jones Museum was established to honor the life and work of John W. Jones, a former slave who became a church sexton, helped approximately 800 runaway slaves escape to freedom on the Underground Railway, and ensured that almost 3,000 Confederate soldiers were given a respectful burial. The museum is housed inside the home Jones lived in until he passed away in 1900, which still sits on its original property, and in addition to telling the story of Jones' life, it provides information about Elmira's role in the Underground Railway and the history of the African Americans who settled in the Elmira area.

-- "New cool stuff to do in Elmira, New York" Back to Top or Romantic Getaways 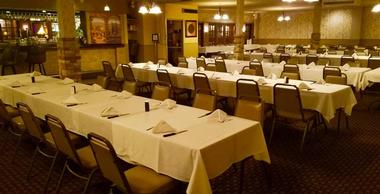 Family owned and operated since the 1950s, Lib's Supper Club is an Italian restaurant that has traditionally served a delicious menu of classic Old-World dishes. Since the current chef took over in 1979, some original, internationally inspired items have been added to the menu as well, but you can still expect to find hand-cut aged steaks, mouthwatering pasta dishes, and classic dishes like chicken Parmesan. There's also an extensive menu of Italian wines, and if you're planning a private event, the restaurant has a banquet room with a private dance floor and seating for up to 450 people. 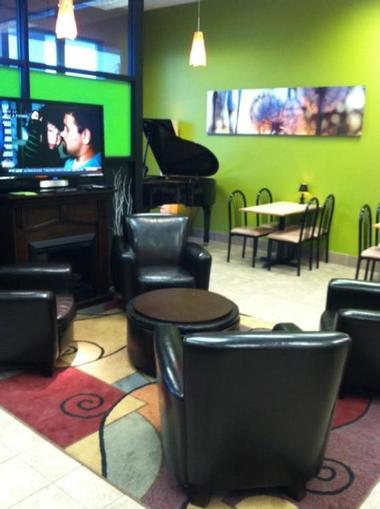 A favorite with locals and visitors alike, the Turtle Leaf Cafe is a locally owned and operated cafe that prides itself on offering healthy, delicious foods that are good for their customers, the community, and the planet. The menu offers breakfast dishes, sandwiches, and salads, and there's a selection of smoothies for when you want something lighter. Of course, you'll also find a full menu of coffee drinks, including drip coffee, espresso beverages, and even a decadent coffee float. The cafe is open Monday through Saturday, and you can sometimes find them at various events and markets around town as well. 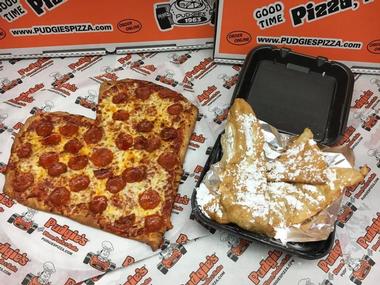 Pudgie's Pizza & Sub Shops can be found all over New York and Pennsylvania, but the Elmira location is the original, and it has been one of the most popular pizza places in the city since it opened in 1963. Their custom pizzas come with your choice of toppings and type of crust, but there are plenty of other dishes to choose from as well, including delicious appetizers, hot and cold subs, baked pasta dishes, and salads. If you're ordering for a group, the restaurant also offers value packs with cheese pizza, buffalo wings, and coke. 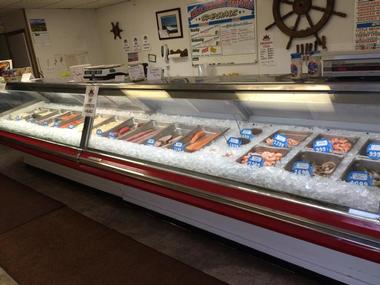 Seafood lovers in Elmira might not expect to find seafood of the same quality you can get on the Maine coast, but thanks to Maine Harvest Seafood, you can do exactly that. They offer an incredible selection of fresh and frozen fish and seafood, and you can even purchase their homemade crab cakes and clam chowder to take home for an easy meal. The company also offers catering for private dinner parties and events of between 5 and 500 people, with their most popular offerings including a raw oyster bar, lobster, and steamed king crab.


Near me on a budget: Madison, Places to Visit in Louisiana, Charles Town, Corsicana, NYC, Palo Alto

-- You are reading "15 Best Things to Do in Elmira, New York" Back to Top or Amazing things to do around me

15 Best Things to Do in Elmira, New York

You are reading "15 Best Things to Do in Elmira, New York " Back to Top

14 Best Things to Do in Glens Falls, New York