10 Best Things to Do in Cutchogue, New York

By VacationIdea Staff on December 5, 2021 - Updated 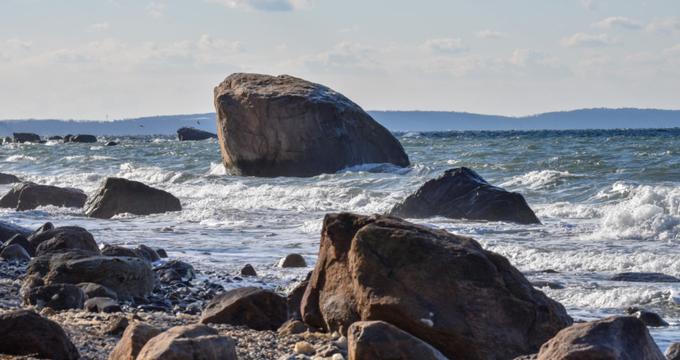 Cutchogue is a picturesque hamlet located on Long Island's North Fork, named for an Algonquin word meaning "principal place." The town is home to some of New York's oldest buildings, originally settled in the mid-17th century. It was a favorite destination for scientist Albert Einstein, whose visits to the region with fellow physicists Leó Szilárd and Edward Teller led to the inception of the Manhattan Project atomic bomb government program. Since the 1970s, the hamlet has been known as a top wine-producing region in the greater New York City area, known for its signature locally-grown Merlot grape varietals.

Lieb Cellars was founded in 1992 and has expanded to showcase over 85 acres of vineyards on Long Island's gorgeous North Fork. The winery, which is helmed by veteran winemaker Russell Hearn, is best known for its fruit-forward dry wines, including its acclaimed Reserve Pinot Blanc, which has been named as one of America's top wines by The Wall Street Journal. Visitors can stop in at the winery's rustic-chic tasting bar throughout the week and sample flights of the company's award-winning wines, paired with snacks like locally-produced cheese boards. A private library room can be booked for small group tastings and private special events. Live music performances are showcased throughout the week against the backdrop of the winery's lovely front deck.

Pellegrini Vineyards are the vision of married duo Bob and Joyce Pellegrini, pioneers of the North Fork's winery scene in the early 1980s. Since 1991, the 14,000-square-foot winery has been at the forefront of Cutchogue's wine scene, housed within a stunning Old World-style tasting room and production facility designed by Bob's graphic design firm. Classic Italian and rustic modern design elements are showcased throughout the winery's tasting room, which is open to the public throughout the year for flight tastings of the winery's high-quality red and white varietals and blends. Visitors are also free to take self-guided tours of the winery's public production facility areas and gorgeous outdoor Italian courtyard.

Castello di Borghese is Long Island's oldest vineyard, founded in 1973 by married duo Louisa and Alex Hargrave. The winery was renamed in 1998 following its purchase by Philadelphia transplants Ann Marie and Marco Borghese and is operated by the couple's children today, producing international-award-winning wines that take advantage of the unique microclimate of Long Island's East End. Delicious French grape varietals can be sampled as part of private wine tastings, available with advance appointments. Private tours also showcase the winery's operations, exploring its vineyard, cellar, and barrel room areas. Artisanal cheeses and charcuteries are available to pair with all tasting flights.

-- You are reading "What to Do in Cutchogue, New York this Weekend" Back to Top 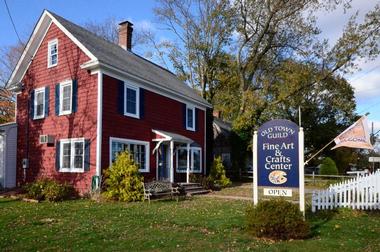 
Old Town Art and Crafts Guild is a lovely nonprofit arts organization in Cutchogue that was established in 1984, showcasing the works of community artists working in a wide variety of media. The guild's public gallery and gift shop are open to the public between mid-April and December each year, showcasing fine art pieces in mediums ranging from oil and acrylic painting to photography, jewelry, pottery, and mixed media. Seasonal gallery exhibits rotate throughout the year, striving to inspire the creativity of area residents and visitors. Art courses are also offered throughout the year, along with special event workshops and art fairs.

8 Hands Farm is a lovely 28-acre sustainable family farm on Long Island's scenic North Fork, striving to connect area residents and customers with their food and directly engage them in the farming process. All livestock kept at the farm is raised on natural pasture and cared for according to eco-friendly methods. The farm's flock of Icelandic sheep are used to produce a wide variety of products, including fibers used for crafting yarns and apparel. Pastured eggs are sold throughout the year at the farm's public store, along with grass-fed USDA lamb cuts, pastured-raised pork and chicken, and organically-grown produce and herbs. Visitors can tour the farm with advance request and learn about operations from friendly, knowledgeable farm staff.

Suhru Wines is a family-operated winery established in 2008 by married duo Susan and Russell Hearn, born from the couple's deep love of food and wine connected to their extensive world travels. The winery, which is also operated by the couple's daughters Shelby and Kylie, showcases wine varietals crafted to emphasize unique varietal aromas, flavors, and fruit-forward tannins. Tank-fermented wines can be tasted throughout the week at the winery's laid-back tasting house, which is located just minutes from Cutchogue's village center. Wines are available by the flight, glass, or bottle, complemented by a selection of cheese and charcuterie plates and appetizers provided by local restaurant Touch of Venice.

Braun Seafood Co. is a high-quality full-service seafood distributor and restaurant, serving as one of Long Island's largest and most acclaimed seafood distributors since 1928. Visitors can dine at the company's delicious Braun's Grill and enjoy seafood dishes for dine-in or takeout service throughout the week. Broiled seafood combo platters are available at lunch and dinner, along with favorites like shrimp scampi, stuffed flounder, and New England-style lobster rolls. Shareable appetizer favorites range from Maryland crab cakes and steamed mussels to fried calamari, coconut shrimp, and clam strips. Customers can also purchase a wide variety of fresh fish, clams, oysters, and seafood from the company's seven-day-a-week fish market.

, Michigan beaches -- "Best Things to Do in Cutchogue, New York for Locals & Tourists - Restaurants, Hotels" Back to Top

Touch of Venice has been one of Long Island's favorite dining destinations for more than two decades, originally founded in the nearby city of Mattituck. Today, the restaurant has transformed the former space of local favorite restaurant Fisherman's Rest into a vintage European-style bistro helmed by executive chef Brian Pennacchia. Rustic decor details like tin ceilings and Venetian glass chandeliers serve as a beautiful backdrop for the Pennacchia family's beautiful Italian photography collection. An extensive wine and cocktail list pairs with classic Italian menu favorites like three-cheese lasagna, mushroom tagliatelle, veal rollatini, and lobster fusilli. 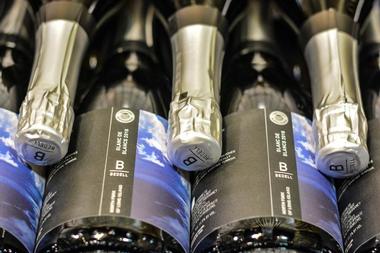 Bedell Cellars is a lovely winery on Long Island's North Fork, founded in 1980 by Kip and Susan Bedell. Today, the acclaimed Cutchogue winery is owned and operated by the Lynne family and is widely regarded as one of the Eastern United States' top wineries. Its charming tasting room has been named as one of America's top 25 tasting rooms by Wine Enthusiast, set within a 1919 potato barn facility that offers sweeping views of the winery's vineyards. Visitors can taste flights of the winery's top vintages, complemented by a selection of local foods and cheeses. Tours are offered daily with special appointment, showcasing the winery's onsite operations.

10 Best Things to Do in Cutchogue, New York

You are reading "10 Best Things to Do in Cutchogue, New York " Back to Top

20 Best Things to Do in the Finger Lakes Region, NY

10 Best Things to Do in Lewiston, New York

20 Best Things to Do in New Paltz, New York

25 Best Things to Do in Syracuse, NY

25 Best Things to Do on Staten Island, NY