5 Best Things to Do in Surf City, North Carolina 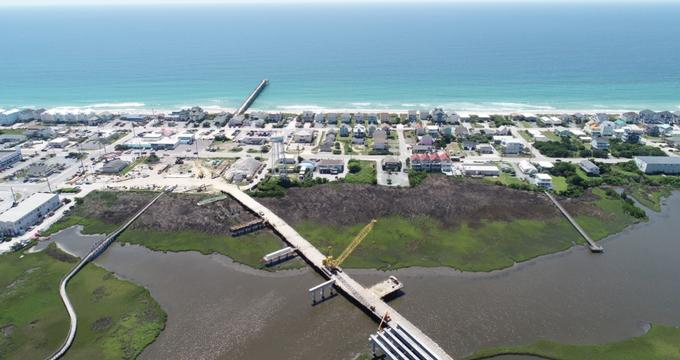 Surf City is located on Topsail Island, one of a string of three barrier islands located off the coast of North Carolina. Surrounded by 26 miles of coastline, the island is the ideal vacation destination for beach enthusiasts. Surf City offers access to a wide variety of water sports including consistently good swell conditions for surfing. There is a surf-school onsite for beginners and you can rent equipment to enjoy a whole range of exciting water sports including jet-ski, SUP, kayaking and much more. Other island activities include visiting the Missiles and More Museum, fishing off the Surf City Pier and visiting the Karen Beasley Sea Turtle Center. Certain attractions may be temporarily closed or require advance reservations. Hours/availability may have changed.

Topsail Island is separated from the North Carolina mainland by the numerous sounds and channels which make up the Atlantic Intracoastal Waterway. The island is connected to the mainland by two bridges and is a popular vacation destination. Legend has it that pirates once hid along the Intracoastal waterways and that merchant shippers had to look out for the topsail of the pirates’ ships to avoid capture. After WWII the U.S. Navy used the island as a missile test site - today visitors can tour the Missiles and More Museum to learn all about Operation Bumblebee. Other island attractions include a sea turtle rescue center, great beaches and the Surf City Pier. 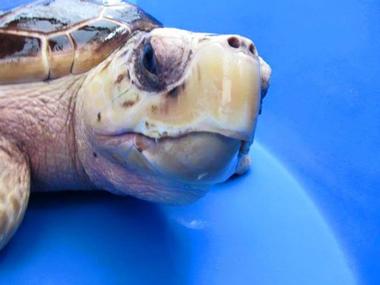 As sea turtle numbers in the wild decline at an alarming rate, the Karen Beasley Sea Turtle Center strives to rescue, rehabilitate and offer sanctuary to these amazing endangered creatures. The center is a non-profit organization and visitors have the satisfaction of knowing that they are supporting an essential wildlife cause. The center volunteers monitor over 26 miles of coastline during the turtle breeding season from May to August, to assist newly-hatched baby turtles safely make their way to the ocean. Visitors to the center will find out all about turtle conservation, care and rehabilitation and meet some of the “patients”. You can further assist the center by “adopting” a turtle.

You are reading "5 Best Things to Do in Surf City, North Carolina" Back to Top

For more than 50 years the Surf City Pier has been a prominent and well-loved landmark in Surf City. The pier has been damaged or destroyed several times due to storms and hurricanes, but has been faithfully repaired and restored each time. Fishing enthusiasts come from near and far to enjoy excellent pier fishing along with great facilities. There are two fish-cleaning stations with running water, a well-stocked tackle shop where you can buy just about everything you need for a fun day of fishing (including bait) and a grill/ice cream shop with outdoor seating area where you can top-up your energy. The pier is lit up at night for all-night fishing.

You are reading "5 Best Things to Do in Surf City, North Carolina" Back to Top

Salty Turtle Beer Company is owned and operated by a trio of craft beer enthusiasts who believe that every neighborhood deserves its own special local craft beers. From the outset the brewery partnered with the Karen Beasley Sea Turtle Center and supports their efforts with a portion of the takings. The tap house is open 7 days a week from 12 noon and beer enthusiasts can look forward to trying several craft beers on tap, including their Hurricane Hazel Hefeweizen, Coastline Kolsch, several IPA’s and their signature She’s so Basic, which is flavored with pumpkin pie and pumpkin pie spices. The on-site store sells a variety of branded apparel to remind you of your visit to Surf City.

You are reading "5 Best Things to Do in Surf City, North Carolina this Weekend with Friends" Back to Top or More places to see near me today, what to do, weekend trips


There is nothing quite like joining friends and family to enjoy a great Low Country seafood feast. If you are visiting Topsail Island the place to go for the freshest and tastiest steamer buckets of shrimp, scallops, clams and oyster is the Topsail Steamer. Topsail steamer makes vacation entertaining at home a breeze – all you do is choose your favorite combinations of sea food, collect your bucket (with all the trimmings) and take it with you to steam at home or on the beach. The company offers a choice of regular buckets or you are welcome to order a custom-selection of your favorite foods together with sides and sauces.

You are reading "5 Best Things to Do in Surf City, North Carolina this Weekend" Back to Top or Restaurants near me, stuff to do near me


5 Best Things to Do in Surf City, North Carolina

You are reading "5 Best Things to Do in Surf City, North Carolina " Back to Top

15 Best Things to Do in Blowing Rock, North Carolina

Where to Stay in Charlotte, NC - 6 Best Romantic Getaways

25 Best Things to Do in Greensboro, North Carolina

25 Best Things to Do in Wilmington, North Carolina

25 Best Things to Do in Asheville, North Carolina