8 Best Things to Do in Wayne, New Jersey 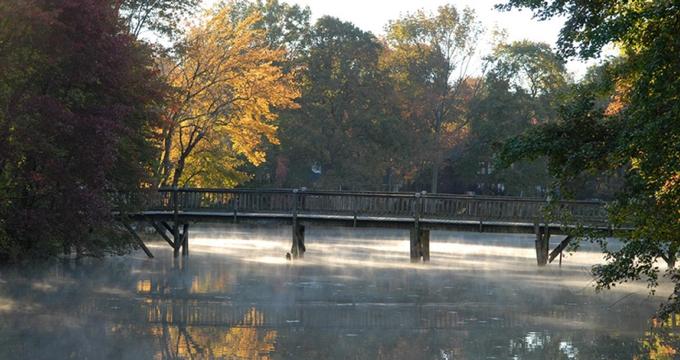 Wayne is a township in Passaic County, New Jersey, about 20 miles from Midtown Manhattan. It is home to William Paterson University. Dey Mansion, originally called Bloomsburg Manor, was built around 1740 and was used by George Washington as his Headquarters on several occasions during the revolutionary war. Terhune Memorial Park is a verdant 10-acre preserve covered with pre-Revolutionary oaks named for Albert Payson Terhune, the 19th century writer who wrote 30 books and many stories about dogs. Ice Vault Arena is a multi-purpose 600-seat arena built in 2003. Van Riper-Hopper House was built in 1786 for Uriah Van Riper and his family. It is one of the oldest buildings in New Jersey.

Dey Mansion, originally called Bloomsburg Manor, was built around 1740 by Dirck Dey on land he bought in 1717. Dirck Dey built the east wing and his son Theunis finished the mansion adding a twelve foot center hall. The front of the mansion is built of brick made on the site. Sandstone quoins were brought from the Little Falls Quarry. The rest of the home was constructed from split quarry and field stone. George Washington used the mansion as his Headquarters on several occasions during the revolutionary war. Today, the Dey Mansion is open for public year-round. The Dey Mansion is owned by the County of Passaic and is operated by the Department of Cultural & Historic Affairs.

Willowbrook Mall is a shopping center located in Wayne, New Jersey. It is located near the intersection of New Jersey Route 23, U.S. Route 46, and Interstate 80. The mall opened in 1969 and was renovated in 1970, 1988, 2006, and 2015. It has more than 140 retail shops and 1,518,006 square feet of leasable area. Willowbrook the fifth-largest shopping mall in New Jersey. The mall has four anchors: Macy's, Bloomingdale's, and Dave & Buster's. The mall, the surrounding access roads and parking areas are prone to flooding in rainstorms because the Passaic River flows near the mall and the Pompton River, runs behind it

4.Things to Do in Wayne, New Jersey: Terhune Memorial Park

Terhune Memorial Park in Wayne, New Jersey is a verdant 10-acre preserve covered with pre-Revolutionary oaks named for Albert Payson Terhune, the 19th century writer who wrote 30 books and many stories about dogs, mostly about his beloved collies that used to roam the property and the lovely Victorian mansion. Before his death, Terhune made sure that a piece of Sunnybank, his estate in Wayne, will be used as a public park. The park is located just off Route 202 near Oakland on the edge of Pompton Lake and is full of mature trees and bushes planted by Terhune and his wife. The park serves as a man’s tribute to dogs and a town’s tribute to the wonderful man. The Terhune Memorial Park – Sunnybank is today owned and maintained by the Wayne Township Department of Parks and Recreation. Visitors to the park can view the Terhune Collection of books and collie dog awards at the Van Riper-Hopper Historic House Museum.

-- You are reading "8 Best Things to Do in Wayne, New Jersey this Weekend with Friends" Back to Top 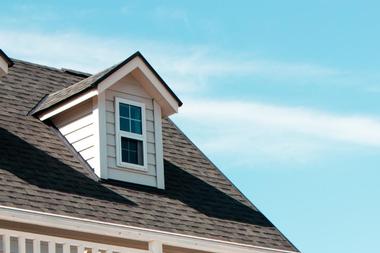 
Van Riper-Hopper House is located in Wayne, New Jersey. It was built in 1786 for Uriah Van Riper and his family. One of the oldest buildings in New Jersey, Van Riper-Hopper House is today home to the Wayne Township Museum. The house was officially dedicated as the Wayne Township Museum in 1964. The house was designed in the traditional Dutch Colonial style. The second hallway of the second floor was added in the 1950s. At the same time, the closets and dressers, which were not typical for the Dutch Colonial Style, were added as well. The design of the house was influenced by the wilderness of in the property and the construction materials that were available.

-- You are reading "8 Best Things to Do in Wayne, New Jersey this Weekend" Back to Top

6.Shea Center for the Performing Arts

© Shea Center for the Performing Arts


Located in William Paterson University, the Shea Center for Performing Arts is a 922-seat theater built in 1965. The theater has a computerized lighting system, a state-of-the-art sound system and a unique seating and stage arrangement that brings performers and audience together. The university holds many of its events in the Shea Center. Many visiting artists have performed at the Center, from legendary rock icon David Crosby and the jazz great Wynton Marsalis, to Margaret Thatcher and Stephen Sondheim. The Jazz Room Series offers renowned and emerging jazz musicians, as well as the University students’ popular jazz program. The Distinguished Lecturer Series covers current issues in the arts, culture, sports and politics, encouraging the link between the speakers and the audience.

Viaggio Ristorante is a small, charming Italian restaurant serving farm-to-table Tuscan cuisine, including handmade pasta, fresh seafood, house-cured salami and high quality grilled meats. The décor is rustic modern, with a wall of reused wood, Italian brick arches and a Chef’s Counter overlooking the kitchen where the renowned Chef Robbie Felice weaves his magic. The Chef’s Table can fit only five people, so call in advance. There is also a four-course fix price menu, a perfect way of tasting a bit of everything the talented chef produces. The menu is not large but everything is prepared to perfection.

8.Things to Do in Wayne, New Jersey: Chengdu 23

Located in West Belt Plaza in Wayne, New Jersey, next to Willowbrook Mall, Chengdu 23 is a popular, award-winning Chinese restaurant that offers authentic Chinese Sichuan Cuisine and encourages BYOB. The décor is what you would expect in Chinese restaurants: a big mural of a Chinese landscape, big fish tank filled with Blood parrot cichlids and a Buddhist altar. The menu includes authentic Chinese dishes, but also dishes adapted to the Western taste. You might want to start the meal with their xiao long bao or soup dumplings or delicious juice buns. For the main meal, try crisp green beans with fermented black beans and minced pork. Since there is no bar, enjoy a strong green tea the way Chinese do.

8 Best Things to Do in Wayne, New Jersey

You are reading "8 Best Things to Do in Wayne, New Jersey " Back to Top

6 Best Things to Do in Long Branch, New Jersey