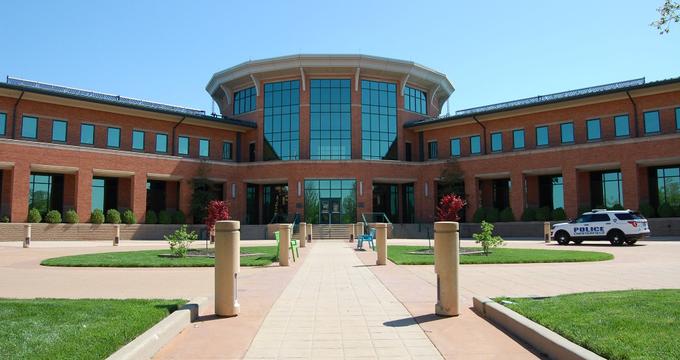 Chesterfield is a city and a western suburb of the city of St Louis. The Spirit of St Louis Airport is situated in Chesterfield. Originally called Gumbo Flats because of the consistency of its soil, Chesterfield is situated partially on the floodplains of the Missouri River. Chesterfield was submerged by the Great Flood of 1993. Since then the levees have been strengthened. Attractions include historical houses, conservation areas and a range of restaurants. 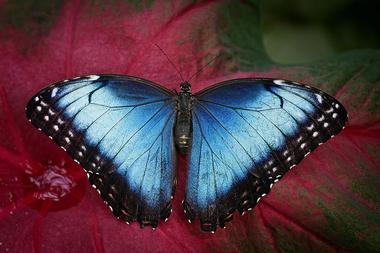 Sophia Sachs and her husband were instrumental in the development of Chesterfield. Her love of children and perpetual sense of wonder were honored when this butterfly zoo was named after her. It is situated in Faust Park and run by the Missouri Botanical Gardens. There are several exhibits and short films as well as areas where visitor can interact with some of the 80 species of butterflies and view the metamorphosis process up close. The outside gardens are caterpillar friendly ensuring a steady supply of butterflies. Weddings and large dinners and events can be hosted at the venue. It is open from 10 am to 4pm and closed on Mondays.

The park is situated on grounds that belonged to the second governor of Missouri, Frederick Bates. The first 98.5 acres of land were donated by the Faust family in 1968 and a similar sized extension in 1996. To add to the existing buildings, historic homes were moved to the land from Chesterfield and elsewhere. The Historic Village is open during select weekends in spring and summer, when staff dress in period costumes. An original 1920s St Louis Carousel is housed at the park in an indoor, temperature- and humidity-controlled venue. There is a carousel gift shop and rides are $2 per person. 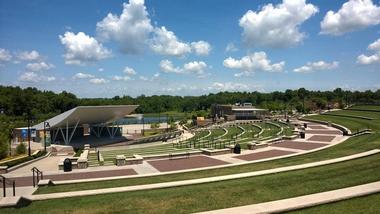 This outdoor amphitheater seats 4000 people on fixed seating and lawns. It has outstanding acoustics so the sound travels to all seats. There are free summer concerts, open air movie evenings and ticketed events scheduled throughout the year. The venue is available for hire for small- to medium-sized events. Concession stands, food trucks and a bar cater for events. Blankets and chairs can be brought in for lawn seating. No glass or smoking is allowed on the premises. The amphitheater is situated in Central Park which has walks along the stream and lakeside. There is ample parking available. 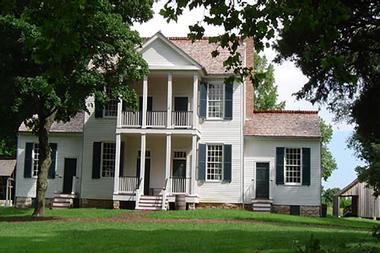 Frederick Bates, the second governor of Missouri, arrived from Virginia in 1807. He purchased 900 acres of land on which to erect his Virginia-style home, two barns and a granary. He named the estate Thornhill. Politics did not allow much time for farming other than to grow peach trees for making brandy. Sadly, he died after only a year in office. His widow outlived him by almost half a century. They and other family members are buried on the property in the family cemetery. The house has been preserved in the Historic Village as it was in 1824, when Bates became governor.


Since 1991, this company has been selling residential playground equipment, basketball goals and trampolines. They have a large indoor showroom where potential buyers can try out the equipment. There is also a pay-to-play area which includes rock climbing, chain ladders and slides. This area is open from 11 am – 1 pm and 2-4 pm from Tuesday to Friday.


The Smokehouse, in its previous form, was started in 1937 at the end of a long dirt road. In 1993, it was totally destroyed by floods. But the owners took the opportunity to rebuild and to add new services. Today, there are hundreds of line items for sale. Imported and domestic cottage-industry, specialty foods are sourced locally and abroad, especially from the UK and western Europe. Butchers prepare selected fresh meat cuts by hand to add to the smoked sausages, hams and bacon on offer. The delicatessen serves sandwiches and light meals. A selection of fine wines is also available.

The original 40-seat delicatessen that Richard Ronzio and Charlie Mugavero opened in 1967 offered carry out meals only. Some customers arrived on horseback to fetch their meals. It was the first Italian restaurant to go 'beyond pizza and spaghetti'. The enterprise now comprises four restaurants in the St Louis area, and a production facility that makes the pasta, sauces, salad dressing and sausage for all of them. The restaurants are located in Crestwood (9942 Watson Road), South County (4487 Lemay Ferry Road) and two, at 1081 and 1091 South Woods Mill Road. They are open 7 days a week.

In 1972, Balaban Café was opened in St Louis' Central West End. It started as a Left-bank Paris-styled bistro and attracted celebrity clientele. In 1999, after receiving multiple awards for their wine list, Balaban's moved to Chesterfield and opened a wine cellar alongside the bistro. New recipes were added to the menu and some of the originals were revived. There are 650 French and Spanish wines for sale. The restaurant charges retail prices plus corkage. Wine classes, topical tasting events and food pairing dinners are held regularly. Catering services include buffets, set menus and boxed lunches. Balaban's is open 7 days a week.

Lake of the Ozarks Fishing

7 Best Things to Do in Lee’s Summit, MO