Things to Do in Oxford, Mississippi: Rowan Oak 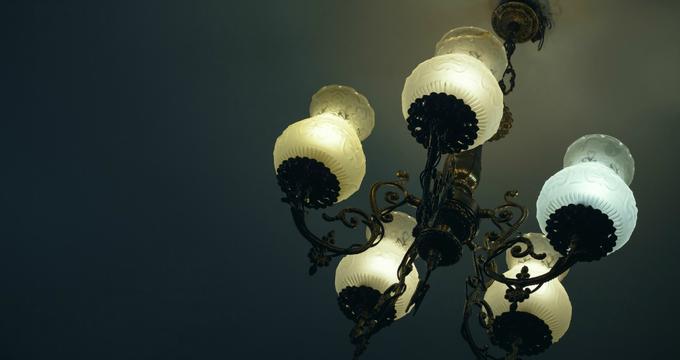 Upon Faulkner’s acquisition of the home in 1931, it had become known colloquially as the Bailey Place, and though Faulkner renamed the home Rowan Oak, the surrounding 29-acre forest property has retained its Bailey’s Woods name to this day. For more than four decades, Faulkner, his wife Estelle, and their three children and stepchildren resided at Rowan Oak, which is credited as a major inspiration for much of Faulkner’s writing, including his frequently-invoked fictional setting of Yoknapatawpha County, Mississippi. Many of Faulkner’s most notable works were written at the residence, including his novels Light in August, Absalom Absalom!, and the 1954 Pulitzer-Prize-winning A Fable.

Following his death in 1962, his daughter, Jill Faulkner Summers sold the home to the University of Mississippi, which has maintained the residence as a living history museum since 1972. A number of renovations on the home have been funded and completed by other prominent authors, including a 2005 renovation and rededication funded by University of Mississippi alumni and crime novelist John Grisham.

Today, Rowan Oak is open to the public as a living history home museum, overseen by a curator chosen by the University of Mississippi. Past curators include Bev Smith, who is credited with discovering original Faulkner manuscripts located within the home, and novelists Cynthia Shearer and Howard Bahr. The two-story Greek Revival home sits on a four-acre landscaped lot within 29 acres of forested hardwood and cedar property, known as Bailey’s Woods. The Rowan Oak name itself is taken from the European Sorbus aucuparia rowan tree, which featured prominently in Norse and Neo-Druid mythology, including the legend of thunder god Thor.

Visitors may tour the two-story home as part of guided and self-guided tours, including free self-guided exploration of the property’s grounds. On the home’s first floor, the library, parlor, dining room, kitchen, and back hall are open to the public, and a pencil-drawn outline of A Fable is preserved on the walls of the author’s study. Four bedrooms on the second floor may also be explored. Preserved period-appropriate furnishings are displayed to recreate the home’s condition during Faulkner’s residence, including a number of original family possessions. Within the home’s four-acre outdoor area, a servant’s quarters, stable, post oak barn, and detached smokehouse are preserved, along with a landscaped English knot garden and scuppernong arbor. An adjacent trail provides access to the greater Bailey’s Woods area.

Rowan Oak is open year-round from dawn to dusk, with a nominal admission fee required for self-guided tours of the home’s interior. Guided group tours are offered for organizations and for elementary and secondary school students, with tour materials tailored to incorporate Mississippi curriculum requirements. Tour accommodations for handicapped visitors may be arranged by calling the University of Mississippi. Tour materials are available in a number of languages, including English, Spanish, German, and Japanese. Smoking is not permitted within Rowan Oak or the surrounding Bailey’s Woods area.

Rowan Oak is one of two historic homes owned and operated by the University of Mississippi Museum, along with the Walton-Young Historic House, the former Victorian-era home of local hardware store owner Horace H. Walton. Following Walton’s death in 1891, Walton’s wife Lydia used the home as a university boarding building before remarrying Alfred Alexander Young, a physician from Como, Mississippi. Young’s son Stark, an alumnus of the University of Mississippi, became a well-known 20th-century playwright and novelist, and in 1974, the University acquired the home for use as an educational facility and living history museum. The University also oversees operation of the Bailey’s Woods National Recreation Trail, a 3,000-foot trail linking Rowan Oak to the University Museum.

Originally opened in 1939 as the Mary Buie Museum, the University of Mississippi Museum has served as a major cultural center for the city of Oxford for eight decades. The basis of the museum’s permanent collections began with the acquisition of the personal art collection of Mary Skipwith Buie, a local artist and collector. In 1974, the City of Oxford deeded control of the Buie Museum to the University of Mississippi, and in 1977, the Kate Skipwith Teaching Museum was added to the facility, housing a collection of Greek and Roman artifacts and 19th-century scientific instruments. Additional permanent galleries were added throughout the 1990s and 2000s to showcase collections of Southern folk art and modernist works by artists such as Georgia O’Keefe and Arthur Dove.

More Mississippi things to do, Things to Do in Oxford, MS

Things to Do in Mississippi: Tupelo Automobile Museum

Things to Do in Natchez, Mississippi: Stanton Hall