7 Best Things to Do in Bay St. Louis, MS 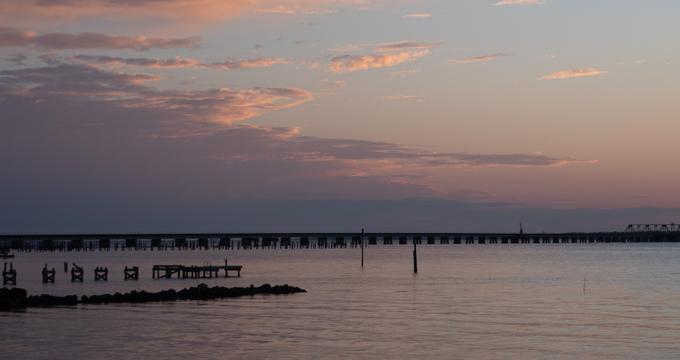 © The City of Bay Saint Louis, "A Place Apart"

This city is situated in Mississippi, on the west side of the Bay of St Louis, on the Gulf Coast. The prevalent Creole culture is a fusion of French and African influences. The most defining event in recent history was the devastating Hurricane Katrina in 2005. The storm surge reached 30 feet and wreaked havoc, destroying many structures. Among those damaged were several seafront properties, the public library and the Bay St Louis Bridge which broke into segments. Many people were evacuated and some did not return. Others have rebuilt the city and rekindled tourism. 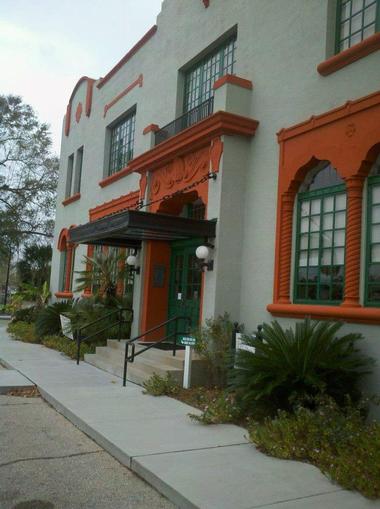 Alice Moseley was an acclaimed artist in the idyllic folk art genre. She painted rural Southern life as she wanted it would be, up until her death in 2004 at the age of 94. Her son opened the museum in her home, the Blue House, but it was later moved to the Bay St Louis Railroad Depot. The museum offers tours of her work and sells prints at the museum shop and online. The museum is closed on Sundays. Admission is free.

2.Our Lady of the Gulf Church 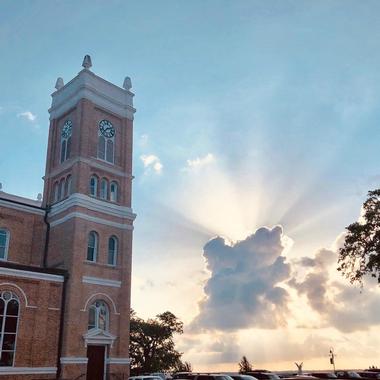 © Our Lady of the Gulf Church

The current church building was built in 1908 after a devastating fire destroyed the previous complex. The interior was completed to a very high standard. The high altar is made of Italian Carrerra marble and there is a large picture of Jesus and his mother, in her role as Our Lady of the Gulf behind it. The painting depicts 17th century sailing ships near the shore. The beautiful stained-glass windows were made in Germany. The church has daily mass and weekly confessions. Community outreaches include making blankets and dinners for the poor, especially those that were badly affected by Hurricane Katrina. 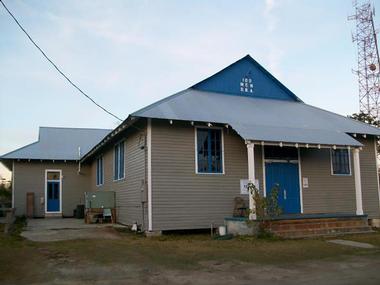 In 1894, 12 African American men came together and formed the 100 Men Debating Benevolent Association. They pledged friendship, care and burial of all members. In 1922, they built an outdoor pavilion and hall to preserve the musical history of the founders. The venue was on the Chitlin Circuit and hosted many famous gospel, jazz and R&B artists. It is now on the Mississippi Blue Trail and still has open mic evenings and fundraisers to bury its members. The 100 Women DBA raises money for the preservation of the building and scholarships. The hall is available for rental for private functions. 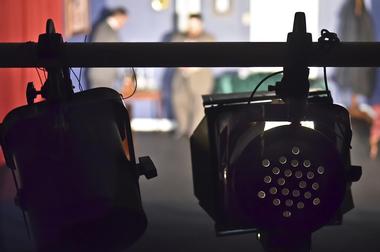 The first Bay St Loius Little Theatre building was formed out of two army surplus barracks, one placed vertically for the audience and the other horizontally for the stage. The structure stood for more than 50 years until it was destroyed in 2005 by Hurricane Katrina. The theatre company rescued and restored an abandoned building which had had a brief moment of glory in a film aptly named, 'This Property is Condemned'. After reopening in 2010, all seats were sold out for two years. It has subsequently been granted many awards. There are new productions monthly. 
The Sycamore House is both home and workplace to husband and wife team, Michael and Stella. The two chefs moved to the area in 2002 and opened a restaurant in this historic building on Main Street. Two mid-19th century cottages were joined together to form one dwelling, formerly known as the Mauffrey Boarding House. There are two dining rooms and an outdoor porch and patio. Mature oaks offer much welcome shade. The food is globally inspired with seafood dishes and New York style pizzas as highlights. The restaurant is open from Wednesdays to Sundays. 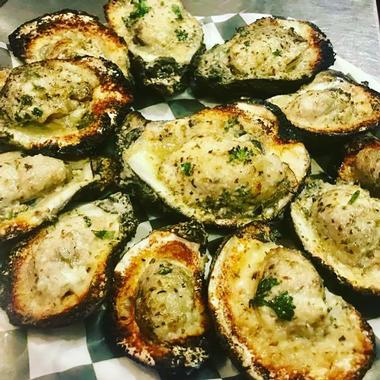 
Like so many businesses in Bay St Louis, Hurricane Katrina caused havoc for Trapani's Eatery. Jolynne and Tony ran the beachfront restaurant from 1994 and were renowned for their hospitality. After Katrina, they moved to temporary premises but resolved to rebuild on the original spot in Old Town. In 2012, they moved back to a sturdy two-story building with a balcony bar upstairs. They serve seafood, pasta, steaks and chef's specials. Catering is customized for large or intimate occasions. There is a choice of two venues for private parties. Trapani's is open 7 days a week. Cuz's is a family owned and run restaurant. It was opened on the beachfront in Old Town in 2004. Fresh produce, seafood, bread and beers are delivered to their premises each morning. The cuisine is Southern and the décor is nautical. Diners can sit inside or outside where there are views of the Gulf Coast. They serve primarily seafood but also have grills, pasta, soup, salads and side dishes on the menu. They are open 7 days a week.

7 Best Things to Do in Bay St. Louis, MS