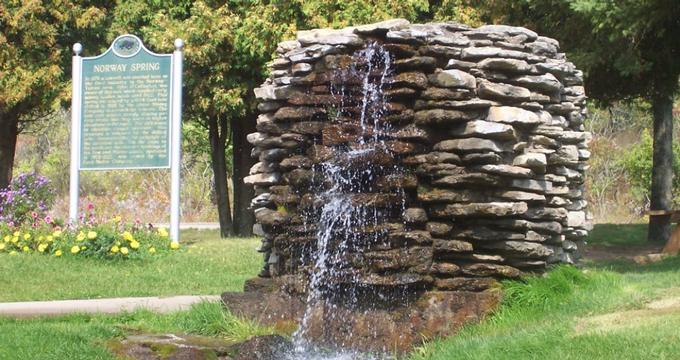 Iron Mountain, Michigan is located in the Upper Peninsula, less than 100 miles from Green Bay, Wisconsin. The mountain town surged in population in the late 1800’s as it grew around area iron mines. Today, the area is full of history and several local museums focus on the mining origins of the town. Outdoor adventure is available year-round, whether it’s summer golfing and water skiing, winter snow skiing or ice fishing and the snowmobile championships, or springtime white water rafting and hiking. 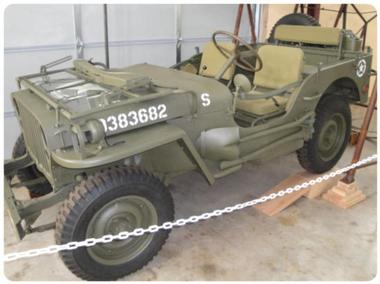 Iron Mountain’s WWI Glider and Military Museum displays a collection of Model CG-4A gliders built for the US Army by the Ford Motor Company, along with other small aircraft, some refurbished, some replicas, and some ¾ sized models. A collection of military uniforms ranges from the Civil War to the current war in Afghanistan. Additional artifacts from World War II include a vintage Jeep, a Ford dumptruck and sedan, and photographs. The museum is operated by the Menominee Range Historical Society, a non-profit dedicated to preserving the history of the Menominee Iron Range and educating the public about the region’s contributions to the United States.

The UP Veteran’s Memorial honors members of all 15 counties of Michigan’s Upper Peninsula who fought and lost their lives as members of the United States armed services. Granite markers surrounding a flag atop Pine Mountain recognize each conflict including Vietnam, Korea, World War I and II, Lebanon-Grenada and the Gulf Wars. At the base of the flagpole is a time capsule, scheduled to be opened in July of 2106, 100 years after the memorial was dedicated. Commemorative items and memorial bricks may be purchased to support continued upkeep of the Upper Peninsula Veterans Memorial, a non-profit organization. 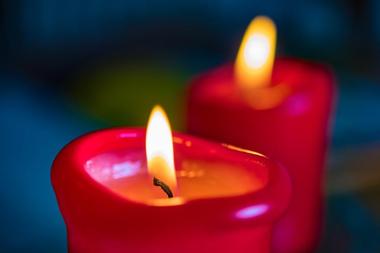 The Renaissance revival style Immaculate Conception Church was built by Italian immigrants to Michigan in the 1890’s. Many of the immigrants had arrived to the area to work in the nearby iron mines. The original wooden church burned down in a fire in 1893. The church standing today was constructed as a replacement beginning in 1902. The parish priest, Giovanni Sinopoli di Giunta, worked alongside parishioners to build the church and raise funds. The church was dedicated in 1903. The church boats a unique hexagonal bell tower, stained glass windows built by Menominee Stained Glass Works, and a brick façade. It was added to the National Register of Historic Places in 1979. 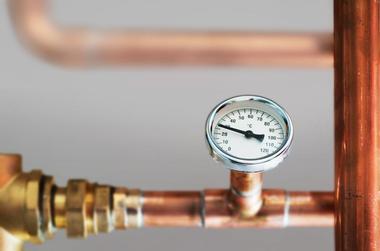 The Chapin Mine Company formed in 1879 in response to the rush for iron mining in Michigan’s Upper Peninsula. In 1889, the company built the Cornish Pump, which remains the biggest reciprocating steam-driven engine in the United States. Known as the Chapin Mine Steam Engine, it was once openly displayed at the corner of Kimberly Avenue and Kent Street. The pump solved the problem of mining for iron below a cedar swamp, significantly reducing accidents and increasing productivity. It operated until 1896 when a shift in the ground cracked the engine. The pump was added to the National Register of Historic Places in 1981, and is housed today within the Cornish Pumping Engine and Mining Museum, alongside other historic mining equipment and artifacts.


The Dickinson County Library was built in 1902 with a grant from Andrew Carnegie. A stipulation of the grant ensured that the library would continue to be operated by the county in perpetuity. There are now three branches of the library throughout Dickinson County. The library is a steward of local history, and holds a collection of photographs and documents related to Iron Mountain and the Menominee Range. Meetings of the local genealogical society take place once monthly. Additional programs for kids, teens and adults are ongoing and include reading programs for children, a lego club and gamers club for older kids, and author talks, book clubs and lectures for adults. 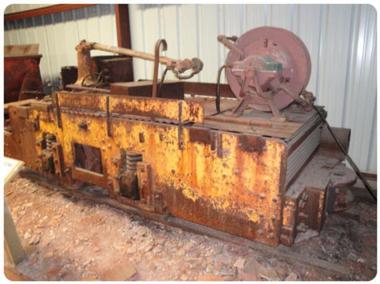 
The Cornish Pumping Engine and Mining Museum is operated by the Menominee Historic Society, and houses America’s largest steam-driven pumping engine, the Chapin Mine Pump Engine, built in 1889. The Chapin Mine of Iron Mountain was one of the wettest iron mines in history, and the pump was famous for making the iron ore accessible until 1896 when a crack developed in the engine due to a shift in the ground level. The museum houses the 54-foot tall pump alongside other mining equipment, artifacts and photographs from the era, including jack hammers, ore cars, engines and dynamite cars. In addition to being a Michigan State and National Historic Site, the pump and surrounding site are listed as a National Historic Mechanical Engineering Landmark and a Michigan Historic Civil Engineering Landmark.

Northwoods Adventures is among the best whitewater rafting guides and tours in Michigan. The adventure outfitter offers a range of whitewater rafting trips, stand up paddleboard and inflatable kayak rentals, stand up paddleboard yoga classes, and cabin rentals. The ½ day rafting trip on the Menominee River is among the most popular tours. Guests experience rapids suitable for all levels after a 30-minute float downstream. Experienced guides are all certified in CPR and basic lifesaving. Fully furnished log cabins and cottages are available for rent with access to fishing, hiking trails and all the outdoor activities provided by Northwoods.

Storheims Restaurant was founded in 1996 in honor of the original Green Bay, Wisconsin location. The burger and custard stand has since grown into an expanded menu. Breakfasts feature traditional Swedish menu items such as made-from-scratch pancakes, Belgian waffles and a Swedish sampler including meatballs, sausage and smoked ham. Lunches and dinners have long been known for the burgers, and now include salads, pizza and classic entrees such as pot roast, meatloaf and BBQ style pulled pork. Custard flavors rotate daily, while chocolate and vanilla are always on hand. Custard desserts include a variety of sundaes and custard cakes.

The Sol Blu Lounge and Taproom is located in a historic building, built as a bank in the 1890’s from local red sandstone. In the years since, the building has been a hotel, City Hall, firehouse, and headquarters of the police and water departments. The original bank vault is now in use as a storage room. The lounge serves hand crafted cocktails, while the taproom serves a variety of Michigan and Wisconsin craft beers and classic favorites. Three types of sausage and pepperoni pizzas are available. Live music and entertainment is available in the lounge, while both the lounge and taproom show sporting events, especially Packer’s football, on several large format HD screens.

5 Best Things to Do in Sterling Heights, Detroit, MI

10 Best Things to Do in Bloomfield Hills, MI

25 Best Places to Visit in Michigan