5 Best Things to Do in Escanaba, MI 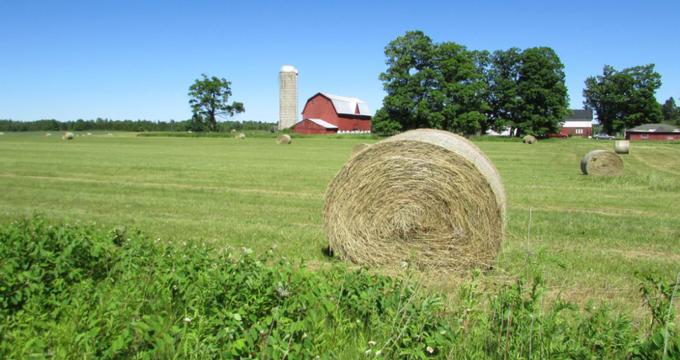 Escanaba is a port city in Delta County, Michigan, located on Little Bay de Noc in the Michigan’s Upper Peninsula. Escanaba River runs through the town before spilling into the Little Bay de Noc. Sand Point Lighthouse was constructed in 1868 to protect ships from sand shoals in Little Bay de Noc. Escanaba has a rich cultural scene and is home to the William Bonifas Fine Arts Center, The Players de Noc, The Waterfront Art Festival, The Bay de Noc Choral Society and many other performing groups. With one of the safest natural harbors in the upper Great Lakes, Escanaba is a popular destination for boaters and fishermen. Beautiful beaches on Lake Michigan attract many tourists every summer. 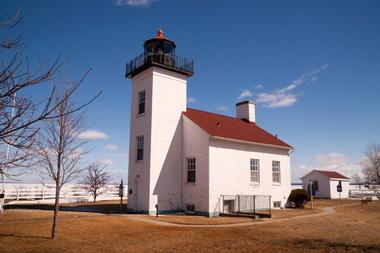 The Sand Point Lighthouse, also known as the Escanaba Light, located in Escanaba, Michigan, has been an unofficial aid to navigation on Lake Michigan's northern shore since 1868. The Lighthouse is a story-and-a-half high rectangular structure with a brick tower attached to it. On top of the tower is a cast iron lantern room with a fourth order Fresnel lens, which emits a fixed red light that radiates light for 11.5 miles. What makes the Sand Point Lighthouse unique is that its tower is facing the land instead of facing the water. It is not known whether this orientation was a mistake or was intentional. The lighthouse has been restored in 1990 and is now open to the public during the summer months. 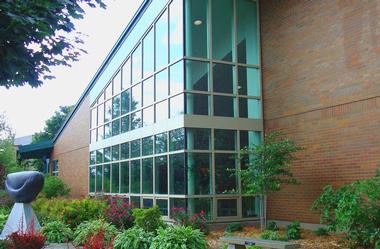 The original Escanaba Public Library was a Carnegie library (a library built with funds donated by Scottish-American businessman and philanthropist Andrew Carnegie) located in Escanaba, Michigan. The library is listed on the National Register of Historic Places. The building was designed by local architect Theodore Lohff and was officially opened in May 1903. The Escanaba Public Library is a one-story building in Classical Revival style, built of red brick and Lake Superior Sandstone. Its front facade has a portico entrance with a pediment and an entablature supported by four Ionic columns. In 1995 the library moved to the new location and the old Carnegie building was sold to private owners. 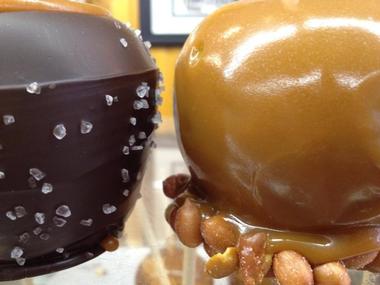 Sayklly’s Confectionery and Gifts store has been the Escanaba icon since 1906. The original store is located in historic downtown Escanaba and still produces Sayklly’s famous homemade chocolates and candies made from secret, premium ingredients. The store, which is today one of three, has been owned and run by the Sayklly family for three generation. They still heat their candy in big copper kettles and hand-dip their chocolates. What changed since is that now their famous chocolates are available for sale online and can be delivered to customers’ homes directly. In addition, they now offer gift lines like Hummel, Waterford, Lladro, and Dept. 56, as well as local items such as Escanaba & Marquette t-shirts, sweatshirts and afghans, pure maple syrup and Yooper souvenirs. 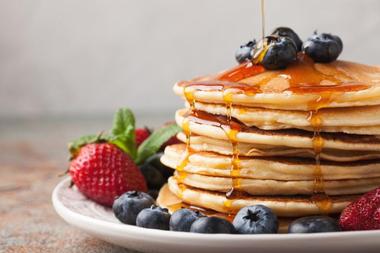 Drifters Family Restaurant is a popular local eatery opened in 1992 in downtown Escanaba, Michigan. The restaurant is known for its huge breakfast menu, home-made soups, fresh salads and a few Mexican treats. Spacious dining room is family-friendly, with cozy booths and comfortable seats. Drifters is open seven days a week and offers drive-in and carry out. Their private dining room can accommodate private parties of up to 40 guests. All their meals are made from fresh, high quality ingredients, using family recipes. The portions are especially large, and with the oversize parking lots in front of the restaurant, the place is very popular with truckers and travellers. It does not mean that the locals do not appreciate their superb pancakes or all sorts of omelets served for breakfast. 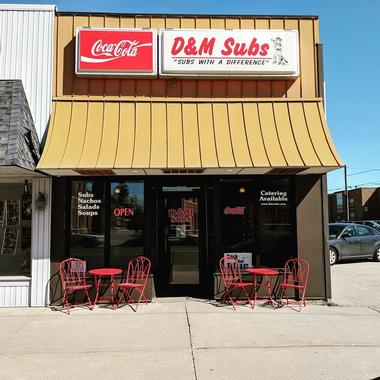 
D&M Subs was the local favorite spot for delicious sandwiches since they opened their door in 1984. Their "subs with a difference" come on white or whole wheat bread, gluten-free bread or in wraps, all baked fresh in the store daily. They offer 40 or more different kinds of subs, and clients are even allowed to make their own version. The subs are over-filled, fully stacked with meats, cheeses, veggies and condiments. They come in small, large and family size, which are over two feet long. Check their monthly specials before ordering. In May, the Sub of the Month was the Tripple Stack, with shaved ham, turkey and roast beef, provolone cheese and fresh veggies of choice.


5 Best Things to Do in Escanaba, MI

5 Best Things to Do in Chelsea, MI

5 Best Things to Do in Empire, MI

6 Best Things to Do in Big Rapids, MI