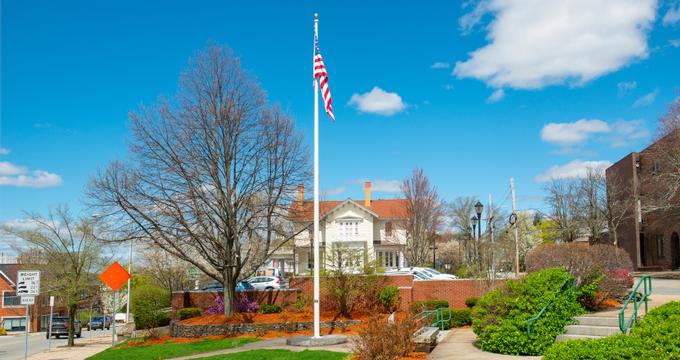 Andover is situated on the outskirts of Boston, Massachusetts. It was settled in 1642. Early settlers were attracted to the area by being given tax exemption for three years. Andover split from what is now North Andover when parishioners insisted it was too far to go to church in the north and established their own. Andover is close to Salem and became embroiled in the witch trials of the late 17th century. In the 20th century, the American Woolen Company established a model industrial village in Andover which included 200 houses. These were sold when the company closed and are now residences and business premises. 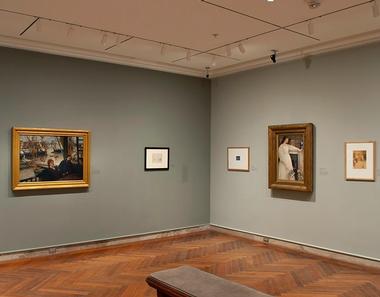 The Addison Gallery is an academic museum and falls under the auspices of the Phillips Academy. Thomas Cochran, a former student of the Academy funded its establishment in 1931, to permanently enrich the lives of students. There are now 17500 works in various forms in the museum, such as paintings, sculptures, photographs and scale models of ships. The collections are displayed by means of rotating exhibitions. Tours, talks and lectures fulfill the museum's mandate to interpret, exhibit and educate. The public is welcome and admission is free. The museum is closed on Mondays and public holidays. 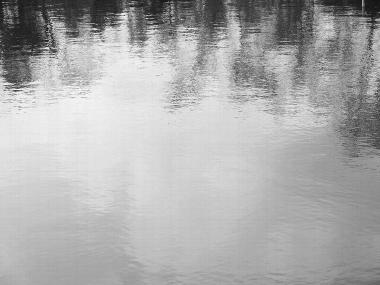 The initial 153 acres of land for the reserve were donated by the Charles Ward's widow in 1940. The family have subsequently donated parcels of land, bringing the total to 704 acres. Thirteen miles of trails link three major hills. There are also 17 miles of stone walls. The terrain is diverse and incorporates creeks, wetlands and swamps. Plant life peculiar to the swamps, such as orchids and the insect-eating pitcher plant, can be seen. Numbered stations that correspond to an interpretive booklet are used for self-guided walks. The reserve is open year round from 8 am to sunset.

The Oak and Iron is Andover's hometown brewing company. Flavorful, handcrafted beer is served in a spacious social setting. Alcohol contents vary with the Queen of Hearts coming out on top at 9%. The beer is brewed in small batches and can be enjoyed on a bar stool around a beer barrel table or outside in the beer garden, next to the Shawsheen River. Small meals that complement the beer are sold on site or patrons can order from the scheduled food trucks. Oktoberfest is held in fall and there are music evenings throughout the year. The shop sells Oak and Iron apparel.

It has taken generations of dedication by volunteers to coordinate the 200 mile long Bay Circuit Trail. The 'emerald necklace' that runs through 37 towns, forms an arc of greenspace around Boston. It is now possible to walk, run, cycle or snowshoe from the coast north of Boston to the coast on the south. There are numerous attractions and transport links along the way. For those spending many days on the trail, there are restaurants, camping locations and hotels. The trail also connects to other long-distance trails. An interactive map is available for mobile phones.


In 1925, local businessman, William Wood bought Chandler farm and transformed it into a USGA Championship golf course and country club. The Spanish-style clubhouse was erected in 1926 and still serves that purpose. In 1979, the Cormier family took ownership and initially added an inn with 24 rooms and a casual dining room. They then added family-oriented amenities such as a swimming pool and sprayground, tennis and basketball courts, and a practice area for golf. The facility is well suited to hosting weddings, indoors and outdoors and the bridal couple receives a complementary room for their wedding night. 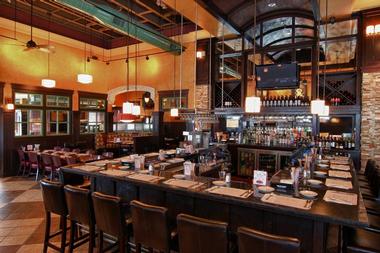 
Mary and Joseph Nocera immigrated to the USA from Sicily in 1912. With a passion to share the food of their native country, they opened a small restaurant in 1933 with 13 bar stools. The second generation took over in the 1950s and expanded the 350 seat restaurant to 800. The third generation opened a second restaurant in 1986. With the fourth generation emerging and more family members joining, more restaurants were needed and now there are eight, all maintaining the authenticity and quality that gave them their initial success. The Andover Chateau restaurant is open 7 days a week.

In 1993, brothers Andrea and Max Gabriello combined their baking skills and business acumen to open the first Perfecto's Caffe. Today, there are 5 Caffes and the Gabriellos are offering franchise options. All the baked goods, such as bagels, biscotti and muffins, are handmade on site. Eight different coffee blends are served each day and there are 30 varieties of coffee beans for sale. Iced coffees and fruit smoothies are also on the menu. Perfecto's has received several awards, including Max's title as 'National Barista Cup Champion'. Perfecto's is open from 6 am to 6 pm on weekdays and closes earlier on weekends.

Things to Do in Massachusetts: Lizzie Borden House

Things to Do in MA: The Old Sturbridge Village