12 Best Things to Do in Salisbury, Maryland 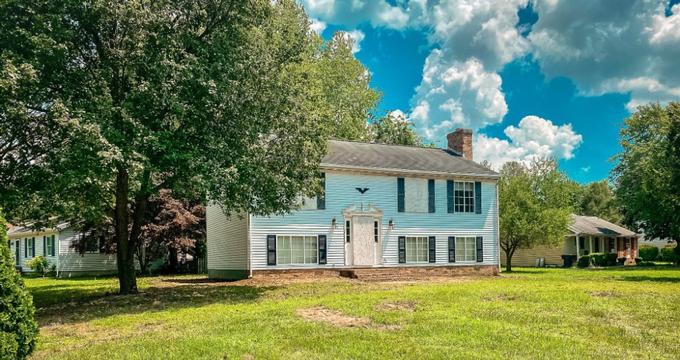 While Salisbury has a distinct small town feel, it’s also the largest city in the Eastern Shore region of Maryland and offers plenty to do to visitors to spend a day or two in town. Boasting a rich history dating back to 1732, Salisbury, Maryland is also one of the state’s most storied cities. Visitors can explore history and nature combined at the Pemberton Historical Park, while interesting animals to see abound at the Salisbury Zoo. For visitors interested in both birding and art, Salisbury is also home to the Ward Museum of Wildfowl Art. 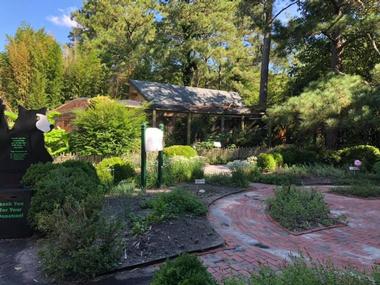 Established in 1953, the Salisbury Zoo originally got its start as a permanent exhibition of animals in City Park. Improvements were made in the 1970s, leading to the zoological park’s current state, now providing naturalistic enclosures for a variety of animal species native to South, Central, and North America. While the Salisbury Zoo is certainly on the smaller size of zoos, one of the best things about it is that there is no admission fee. Located within Salisbury City Park, other attractions for visitors besides the numerous animals include one of the area’s biggest playgrounds, Benn’s Red Swings.

-- You are reading "12 Best Things to Do in Salisbury, Maryland" Back to Top 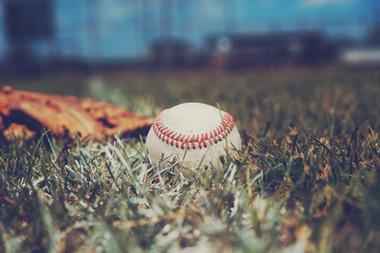 The Arthur W. Perdue Stadium, located in the eastern Maryland city of Salisbury, is the home field of the Delmarva Shorebirds, a Class A affiliate of the Baltimore Orioles and the only professional sports team in the local area. The stadium itself is named after Arthur Perdue, the founder of Perdue Farms, and contains the Eastern Shore Baseball Hall of Fame. First opening to the public in 1996, the Arthur Perdue Stadium is able to accommodate as many as 5,200 fans with its seating and is the city’s second largest seating venue, occasionally hosting concerts and other events.

-- You are reading "12 Best Things to Do in Salisbury, Maryland" Back to Top 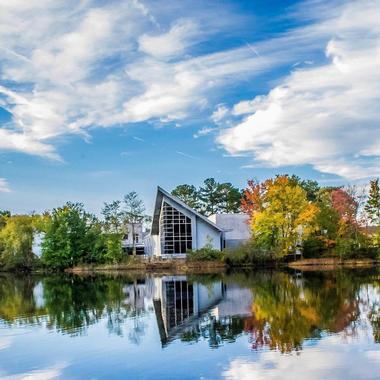 Located by Schumaker Pond, the Ward Museum of Wildfowl Art is nestled in the middle of the Atlantic Flyway, surrounded by wildlife. This unique museum in Salisbury boasts the finest and largest public collection of antique and decorative decoys in the world and is named for Lemuel and Stephen War, whose artistry and vision with carving decoys played a significant role in transitioning decoys from being just a working tool to also being an expressive form of wildfowl sculpture. The waterfront Ward Museum showcases a collection of works by artists who carve birds as both pieces of artistic expression and tools for hunting.

, OH -- You are reading "12 Best Things to Do in Salisbury, Maryland" Back to Top 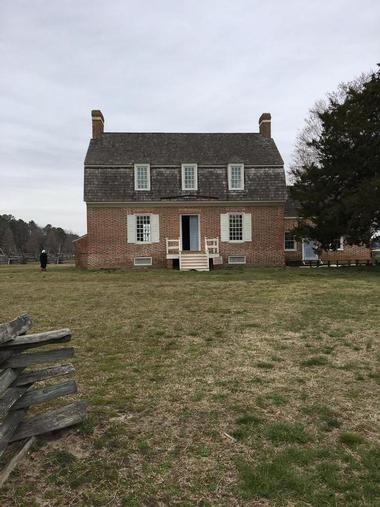 The Pemberton Historical Park spans across more than 26 acres of land in the western part of Salisbury. Visitors can find opportunities for hiking along the 4.5 miles of nature trails, take part in special event activities and environmental education, discover historical interpretation, and appreciate the surrounding natural beauty of the area. While on the trails, hikers will find several ecosystems. The Pemberton Historical Park is one of the places in this region of the state where meadows, hardwood forests, upland pines, freshwater pond, freshwater wetlands, and tidal wetlands can be found in the same place.

-- You are reading "Fun Things to Do in Salisbury, Maryland this Weekend with Friends" Back to Top 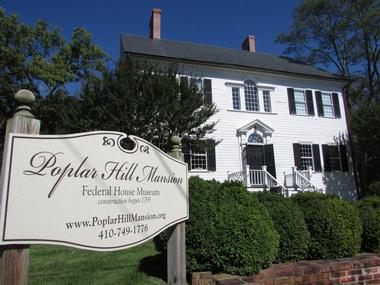 
The Poplar Hill Mansion has the claim to fame of being the oldest documented Federal House in Salisbury, Maryland. Built back in 1795, the historic home features original hardware and brass locks and is noted for its exterior details, such as bull’s-eye and Palladian windows, as well as its finely carved woodwork indoors. After careful restoration, the Poplar Hill Mansion now acts as a museum and event venue. Visitors can take a tour of the historic house. Tours can be scheduled by appointment on other days for a small fee.

-- You are reading "What to Do in Salisbury, Maryland this Weekend" Back to Top 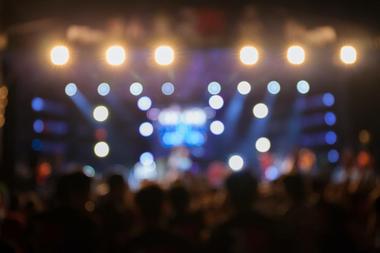 
Located in the middle of “Chesapeake Country,” the Wicomico County Youth and Civic Center sits at the crossroads of Delmarva and is one of the area’s many treasures. The 5,200-seat arena hosts a wide variety of events, such as rock concerts, international trade shows, Broadway-style productions, professional sport events, and much more. There is also a multi-use building that serves a “living War Memorial,” with major rooms named for several military conflicts. The Wicomico County Youth and Civic Center offers free parking for more than 1,000 cars, professional on-site staff, and state-of-the-art visual and audio equipment.

-- You are reading "Top Romantic Tourist Attractions in Salisbury, Maryland" Back to Top

7.The Centre at Salisbury 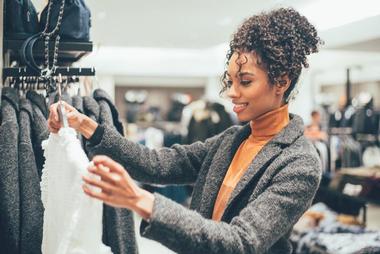 An expansive shopping mall, The Centre at Salisbury is the only region shopping mall within sixty miles. Open Monday to Saturday from 11:00am until 8:00pm and from noon until 6:00pm on Sunday, the mall is anchored by Dick’s Sporting Goods, Burlington, and Boscov’s and includes a Regal Cinema. Other stores include American Eagle, Bath & Body Works, Express, H&M, Footlocker, Pandora, Sunglass Hut, and Victoria’s Secret. As for food, restaurants at The Centre at Salisbury include Ruby Tuesday, Olive Garden, Longhorn Steakhouse, Your Pie, and Red Lobster, as well as fast casual options like Chick-fil-A and Subway.

-- You are reading "What is There to Do with Kids in Salisbury, Maryland" Back to Top 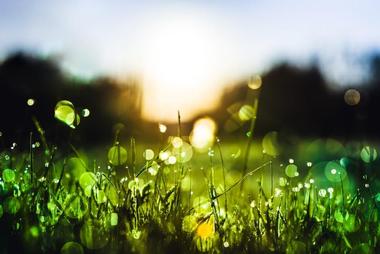 The Schumaker Pond Park is an eleven-acre, beautiful woodland area situated peacefully on Schumaker Pond’s waterline. The park can be described as both intimate and spacious at the same time and offers an ideal spot for both casual, quiet outings and large gatherings. There’s a playground with a play set, riding toys, slides, and swings, and benches and picnic tables can be found throughout the well-shaded grounds. The Schumaker Pond Park also features an eighteen-hole disc golf course that’s suitable for players of all skill levels, as well as a dock and narrow beach that can be used for fishing.

Situated in north-central Wicomico County, Leonard’s Mill Pond is a favorite recreational space amongst locals known for its great fishing opportunities. The pond is roughly 30 acres large with a maximum depth of just 8 feet. Being surrounded all around by private residences, Leonard’s Mill Pond exudes a feeling of privacy and quiet relaxation. The pond is a Trophy Bass management Area that guarantees excellent largemouth bass fishing, as well as opportunities to catch bluegills. Other types of fish that could come by every so often include yellow bullhead catfish, creek chubsuckers, chain pickerel, pumpkinseed sunfish, as well as golden shiners.

, Michigan beaches -- "Best Things to Do in Salisbury, Maryland for Locals & Tourists - Restaurants, Hotels" Back to Top 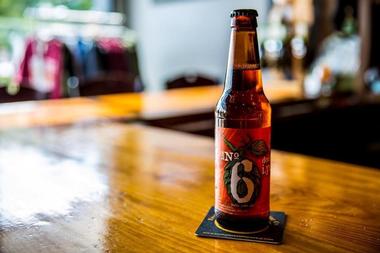 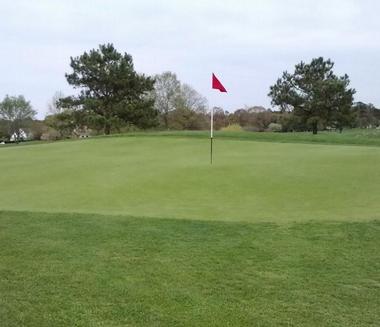 Golf atop some of Maryland’s most beautiful and lush fairways at the Nutters Crossing Golf Club. This 18-hole golf course features hills with gentle slopes, a total of eight water hazards, and a challenging maze made of more than 50 bunkers. When players are done with their game, the next best thing to do is relax in the Nutters Crossing Golf Club’s beautiful clubhouse which is made out of classic colonial brick. Visitors who want to make a full trip out of their visit to Nutters can capitalize on the golf club’s stay and pay offerings. With just a short drive between Nutters Crossing and the beach, there’s nothing to stop you from heading on over into the water after your game to cool off.

-- "New cool stuff to do in Salisbury, Maryland" Back to Top or Romantic Getaways

There is a touching story behind Bens’ Red Swings Community Playground in Salisbury. This beautiful playground, which is nestled in the City Park of Salisbury just across the Salisbury Zoo, was constructed in the memory and honor of a child named Ben Layton. Taken much too early in 2002 after battling with leukemia, Chris and Hendrika, Ben’s parents, built the playground as a living memorial for their son. Today, the playground poetically memorializes the life of a bright and fun-loving child as it is a favorite amongst school groups and families enjoying a day out. Even more touching is the fact that the playground was built in just one week by a massive force of 4,000 volunteers, making it a true community effort by the residents of Salisbury.

12 Best Things to Do in Salisbury, Maryland

You are reading "12 Best Things to Do in Salisbury, Maryland " Back to Top

25 Best Things to Do in Ellicott City, Maryland

25 Best Things to Do in Ocean City, Maryland