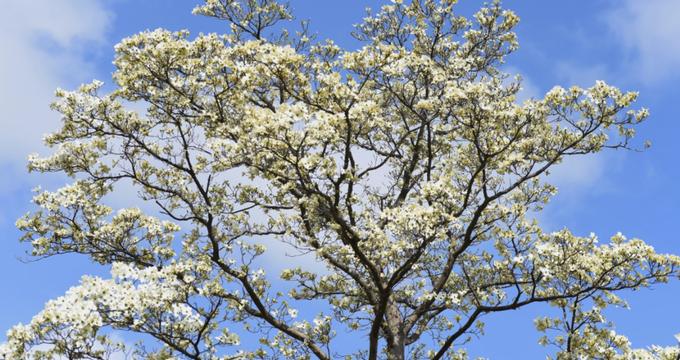 Bowie, Maryland was born when the railways made there way from Baltimore to Southern Maryland in the 1850s. This picturesque community offers a range of activities and entertainment including large community parks, sporting events, and engaging and educational museums. Bowie was also the birthplace of thoroughbred horse racing during the colonial days when they brought purebreds across the pond from Europe. This family-friendly destination offers exciting thrill rides at Six Flags and countless dining selections at its many restaurants. 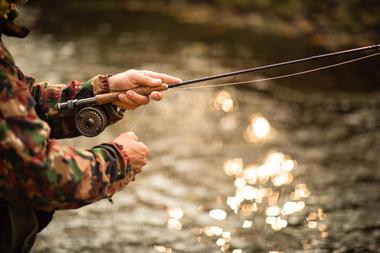 Allen Pond Park is an 85-acre multipurpose playland with ice skating, an amphitheater, picnic pavilions, a skate park, sports fields, basketball courts, hiking trails, exercise stations, and playgrounds. The enormous man-made pond was the initial attraction and is stocked with bass and crappie for fishing pleasure. The area is a woodland creature haven with nearly 40% of the park covered in trees. Families and visitors have a plethora of choices to partake in at this versatile nature-filled park. The area originally served as a cattle and tobacco farm and when the owner, James Allen, sold it in 1965 he insisted it be developed into a family recreation destination.

Prince George’s Stadium opened in 1994 and serves as a sports venue for baseball, softball, lacrosse, and several community-based activities. It serves as the home field for the Baltimore Maryland farm team, the Bowie Baysox. Prince George’s Stadium has hosted major events like the AA All-Star Game, Allen Iverson’s annual softball tournament as well as community ventures garage sales, concerts, and movie nights. The stadium features a playland area for children and a carousel and is the largest minor league ballpark in Maryland. The stadium also holds special occasions to honor the military personnel of the neighboring bases, Fort George G. Meade and Andrews Air Force Base. 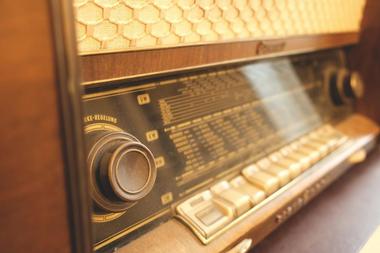 The National Capital Radio & Television Museum was established in 1993 by the Mid-Atlantic Antique Radio Club, a hobby group of antique radio enthusiasts. The museum was created to share with the public their love for vintage radios. There are seven galleries in the museum spanning the times and changes of radio and television starting with the wireless telegraphy, then moving through the beginnings of broadcasting, the growing popularity of radio, and the birth of television. In 1999, the museum moved into a renovated old farmhouse where visitors can see the collection of old radios and televisions and read about the history of these life-changing media. 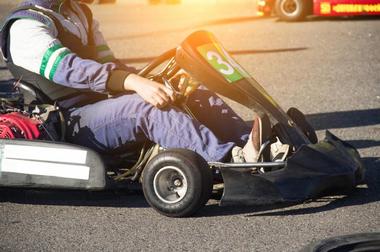 Six Flags America got its start in Maryland as a drive-thru safari park in 1974. Over the years it changed hands, as well as its identity, becoming a theme park and eventually becoming America’s 10th Six Flags when it was acquired by Premier Parks in 1992. Packed with thrill rides and rides designed for families and kids, the over 500-acre theme park offers excitement for all ages. Water park rides keep guests cool in the summer and live shows entertain visitors with dancing and music. Special events are held during the holiday season as well as Senior Day for high school graduates and Camp Days during the summer. 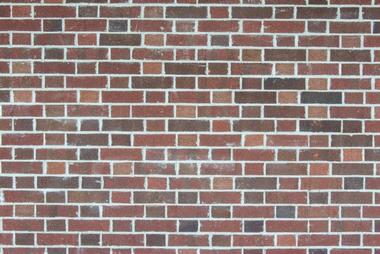 
Belair Mansion was built around 1745 and served as the home of several governors of Maryland over the years. Later it became the home of famous American horse breeder William Woodward. This historic place showcases the lives and times of its inhabitants during the years of 1747-1950. Collections on display include 18th-century paintings, American crafted furnishings, and family silver. Belair Mansion had a significant influence on thoroughbred horse racing and is one of only two stables to raise two Triple Crown winners. Both the home and the stables are museums open to the public and operated by the city of Bowie. 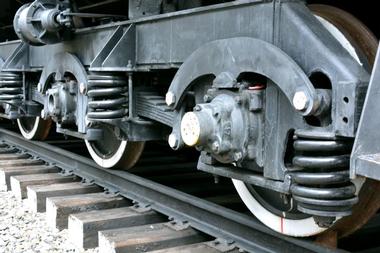 
Bowie Railroad Museum honors the once busy train depot that was an integral part of the development of Huntington City, renamed Bowie in 1880 to recognize Governor Oden Bowie for his role in bringing the railroad to the area. The train station opened in1872 when the Baltimore and Potomac Railroad was built to connect Baltimore to Southern Maryland. City developer Ben M. Plumb set out to create a bustling city surrounding the station with stores, hotels, and beautiful Victorian homes. The station continued to be a major stop up until 1989 when it was replaced by the station at Bowie State University. 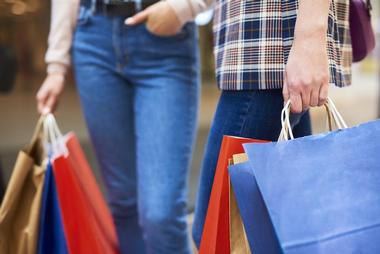 Bowie Town Center is a Main-Street-style stretch of shops and businesses offering visitors a variety of retail stores and restaurants. This shopping and dining complex of buildings attracts people from a number of surrounding communities. It is also connected to the Bowie Town Center Strip that offers additional shops and businesses. Bowie Town Center opened in 2001 with anchor stores Sears and Hecht’s both of which closed and were replaced by new stores. Today shoppers will find Macy’s, Barnes & Nobel and a slew of clothing stores and restaurants as well as Best Buy and a Safeway grocery store. 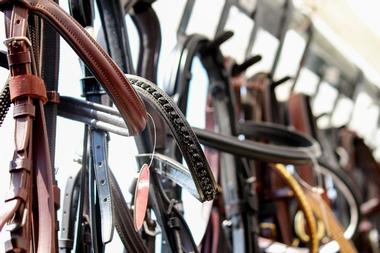 Belair Stable Museum features the successful history of the thoroughbred horses raised during the 200-year history of the stables. The highlight of its fame took place from the 1920s through the 1950s and was home to the famous father/son Triple Crown winners, Gallant Fox in 1930 and Omaha in 1935. Other well-known champions have included Nashua, named Horse of the Year and the horses Fighting Fox and Vagrancy. The Belair Stable Museum allows guests a sneak peek at a fully restored 1923 Stablemaster’s living quarters. The museum is situated a block from the Belair Mansion and offers free admission to guests. 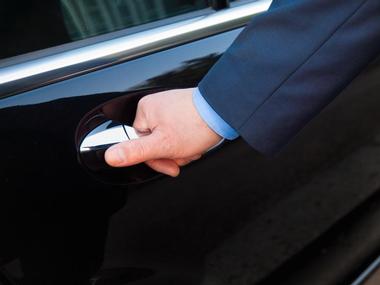 Lucky Star Limousine & Shuttle Service is the premier transportation service for reliable conveyance in Washington D.C. and the surrounding areas. They offer the best transportation needs getting to and from major airports and train stations in the community and anywhere in-between. Customers can book services for wedding party travel needs or private tours of the Nation’s Capital. Lucky Star Limousine & Shuttle Service hires only the most professional chauffeurs to guarantee guests receive the best transportation service in the area. They provide stylish rides for corporate needs and special events like proms or romantic evenings out on the town.

Jerry’s Seafood has been in business for over 35 years providing the area with the highest quality seafood dishes. This family owned restaurant began its journey in Seabrook, Maryland in 1981. The Bowie location opened in 2008 continuing to serve the traditions of a small family-run restaurant. They support the community through buying local ingedients to use in their time-honored seafood dishes. Jerry’s Seafood is famous for The Crab Bomb, a ten ounce golden fried lump crab made with tender flaky crab meat and Old Bay seasoning. For a little more kick, they offer the Firecracker version that adds black pepper and dry mustard to the mix. 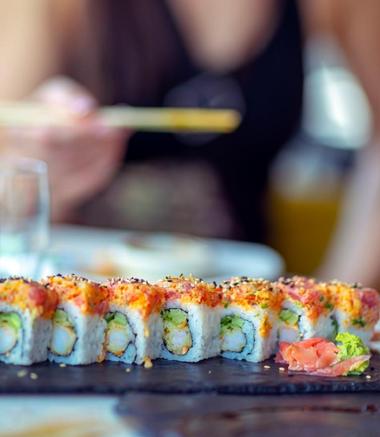 Ichiban Sushi Asian Bistro is an elegantly decorated Asian inspired restaurant with triple the amount of seating then when it first opened. The waiting area features plush red couches and a sparkling waterfall tucked into an alcove. The dining room is furnished with dark wood tables and accented with gold chairs. The restaurant’s full bar is built of solid granite with stone tile work surrounding the glass shelves and large screen televisions. There are also two party rooms available to host large groups. The menu consists of traditional sushi as well as entrees ranging from rice and noodle dishes to Japanese teriyaki chicken. 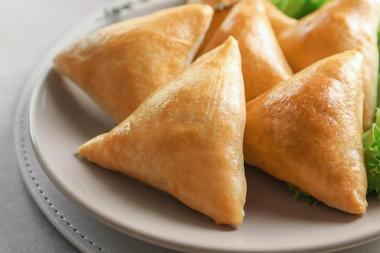 Samosa Supreme is a call ahead take-away restaurant that serves fresh made light and crispy pastries filled with seasoned meat or vegetables which are traditionally potatoes and peas. Meat choices include beef, turkey and chicken or for a sweet samosa treat they offer mango or guava and cream cheese as well as apple, coconut, and caramel. While these delicacies originated in India, there popularity has spread around the globe. The Musonye sistes opened their take-away shop to bring the taste of their Kenyan home to the people of Bowie. Samosa Supreme serves up their Kenyan inspired pastries as well as non-traditional vegan options. 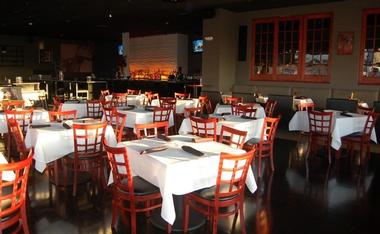 Half Note Restaurant & Lounge was created with the idea of combining great food, excellent service, and the marvelous sounds of jazz and classic R&B music. Guests enjoy the relaxed atmosphere as they dine and listen to live music. Hal Note Restaurant & Lounge is open for evening dining and entertainment Wednesday through Saturday and offers brunch from 10 am to 4 pm on Sundays. Classy menu items begin with appetizers like calamari and entrees featuring seafood, steaks, and chicken. Chef specials include braised ribs and pasta dishes. Soup, salad, and sandwiches are available and delicious desserts finish off every great meal. 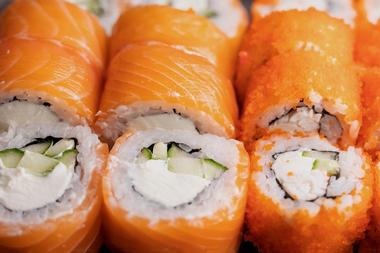 Sakura Japanese Steakhouse was founded in 1988 by Marc Ha after the success he had in Fredericksburg, Virginia. Following the traditions of the Japanese, the restaurant prepares fresh and healthy dishes that are low in fat. The people of Japan believe food should be enjoyed by all the sense and use simple seasonings to enhance the natural flavor of the foood. The also regard the importance of how food is preparred and presented using fresh ingredients to delight the eyes and the taste buds. Sakura Japanese Steakhouse also serves a selection of seafood dishes and traditional sushi. The popularity of this hibachi style restaurant has grown into more than 20 locations nationwide.

Places to eat near me, free points of interest, lakes near me, waterfalls, weekend getaways near me: Outer Banks, All Inclusive beach vacations, Best Zoos in the US