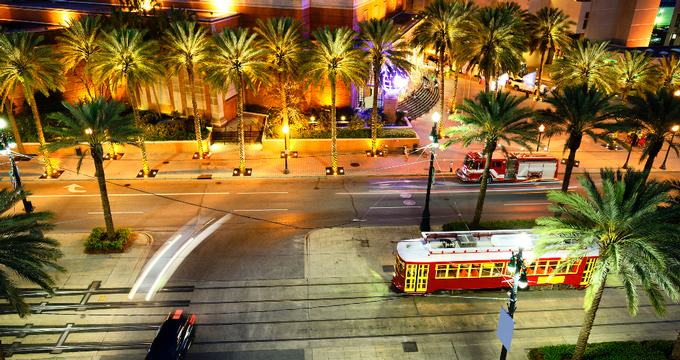 New Orleans is an incredible city with a vibrant culture, never-ending nightlife, rich cuisine, and fascinating annual festivities. It's a must-visit Louisiana location, and there are a lot of things to do in New Orleans, so any visitors will need to be familiar with one of the most popular ways to get around the city quickly and easily: the New Orleans trolleys. Also known as streetcars or trams, the New Orleans trolleys run all around the city and have been in existence since the 1800s, making them one of the oldest trolley or streetcar systems in the entire world. 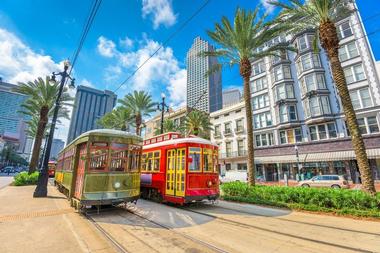 Beloved by locals and tourists alike, the New Orleans trolleys provide a fresh, fun, original way to get around and see the sights, soaking up a little of the city's Creole culture on the way and enjoying convenient transportation at great rates. If you’ve never visited New Orleans or ridden the city’s trolleys before, you might need a little information to figure out how the system works, how much it costs, and which line you should be taking to get to where you need to go. Read on to learn all about the New Orleans trolley system. 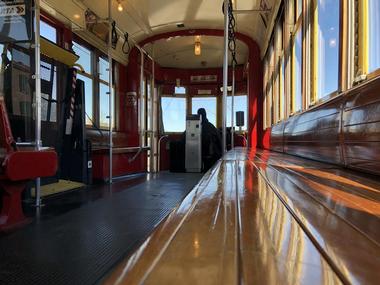 First of all, one important thing to note about New Orleans trolleys is that the locals will always refer to them as 'streetcars'. They are basically trolleys, looking and functioning in the same way as the trolleys you'd find in other major cities all around the United States, but they're known as streetcars in New Orleans so if you need to ask for directions from a local, remember to ask for a streetcar station if you don't want to sound too much like a tourist!

The New Orleans trolleys run on five separate lines which are color coded on maps as blue, yellow, red, light green, and dark green. Each line also has its own names. There's the Riverfront Line, which is blue on maps; the Loyola/Rampart Line, which is yellow; the Canal St Line running to Cemeteries, which is red; the Canal St Line running to the City Park Avenue and the Museum of Art, which is light green; and finally, there's the St Charles Line, which is dark green on travel maps and is typically regarded as the main and most popular line on the New Orleans trolley system.

It's important to note that the New Orleans trolleys run around the clock almost all year long. This schedule is only interrupted by special events and festivities like New Orleans' famous Mardi Gras celebrations. Train schedules will vary but the trolleys can run as often as every five minutes during peak rush hours. It's important to keep your hands and legs inside the vehicle at all times as these trolleys can pass quite close to trees and other obstacles, and you'll need to pull a wire above your head to signal that you'd like the car to stop.

Riding the New Orleans trolleys or streetcars is very simple. The fares are really cheap, with single tickets available for only $1.25. Unlike some other trolley systems that you may have encountered around the United States, the New Orleans streetcar system involves payment on board the cars, so you don't need to worry about buying a ticket from machines in advance. Simply step on and pay your $1.25 for a one-way ticket. You can also choose to buy a 'Jazzy' pass which will give you full streetcar access for a whole day. Multi-day passes are available too and offer significant savings for people who are staying in New Orleans for several days or weeks. 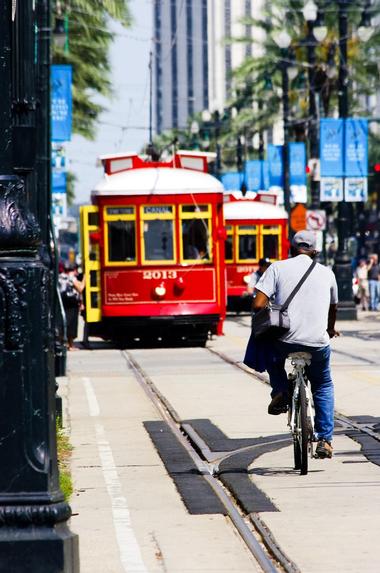 As previously mentioned, there are currently five lines in operation on the New Orleans trolley system. Read on to learn key details about each line, including schedules and important stops along the way.

The St. Charles Line is the longest and most historic in New Orleans. It's the oldest continuously operating street trolley anywhere in the world, so it has a lot of history behind it, and it runs through the 'American' side of the city. It's one of the most popular lines with tourists, making major stops at places like the Garden District, the Audubon Zoo, the World War 2 Museum, and the Ogden Museum of Southern Art.

The Loyola/Rampart Line starts at Union Passenger Terminal, so it's a good starting point for people who are getting into New Orleans by public transport like bus or train. It heads off along the side of the French Quarter and through the business district of the city. It offers easy access to some of the bars and eateries in the French side of the city.

As its name suggests, the Riverfront line runs along the side of the Mississippi River. It's a good line to choose if you're looking to visit key areas in the French District like the French Market. You can also use this trolley line to check out locations like Jackson Square, the Convention Center, and the Audubon Aquarium.

The two canal lines have different end points but follow more or less the same routes. These lines are good options for people who want to enjoy the bars and restaurants of Canal Street itself. The line that heads up to Cemeteries is a good option if you'd like to explore the city's world-famous gravesites, while the Museum option is a good option for the New Orleans Museum of Art and surrounding City Park area.

18 Best Things to Do in Tombstone, Arizona