17 Best Things to Do in Kansas City, Kansas 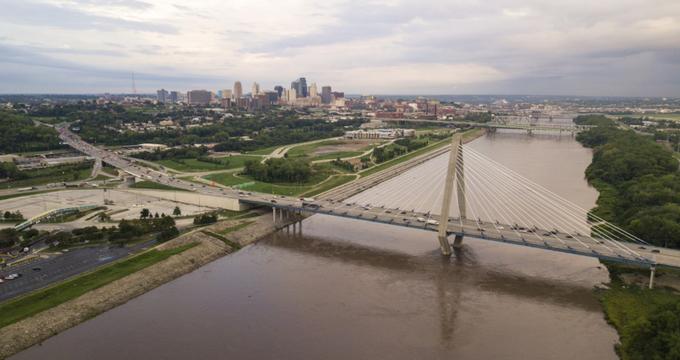 While not to be mistaken for the namesake Kansas City over in Missouri, the city of Kansas City, Kansas is a place that shouldn’t be overlooked in the area. With things to do for people of all ages, the city is home to numerous attractions that are especially great for families with children. There are also a number of naturally beautiful areas along the waterways, as well as natural trails and lush parks. Kansas City also contains several historical sites, great restaurants, sports, and much more. 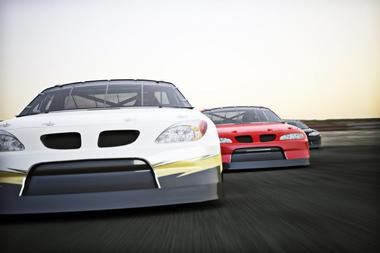 The Kansas Speedway in Kansas City, Kansas is one of the Midwest’s premier facilities for racing, hosting a NASCAR XFINITY Series race, two races in the Monster Energy NASCAR Cup Series, the ARCA Racing Series championship race, and a race in the NASCAR Camping World Truck Series every year. Race fans from both throughout the country and the world come to the Kansas Speedway to watch some of the world’s top drivers, along with some great racing action. Many special events are held at the speedway throughout the year as well, such as the Richard Petty Driving Experience.

Children's Mercy Park in Kansas City is a stadium specific to soccer and is the home field of Sporting Kansas City. Situated near the Kansas Speedway, the facility opened in June of 2011 with a Major League Soccer match of Kansas City versus the Chicago Fire. With a seating capacity of more than 18,000 people, Children's Mercy Park also hosted the Major League Soccer (MLS) All-Star Game in 2013, as well as the MLS Cup and the U.S. Men’s National Soccer team. The park is the only stadium to have hosted all three of these in the same year.

3.The Legends at Village West 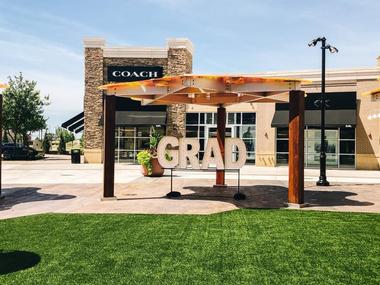 © The Legends at Village West

The Legends at Village West, or Legends Outlet, is a premier outdoor destination for entertainment and shopping in Kansas City, Kansas, as well as the area’s only outlet center. Home to over seventy popular brand name retailers and leading designer stores, the Legends Outlet also includes a wide variety of entertainment venues and restaurants. Signature outlet stores include Under Armour Factory House, Polo Ralph Lauren Outlet, Nike Factory Store, J.Crew, Gap Factory, Banana Republic Factory Store, Coach, and many others. 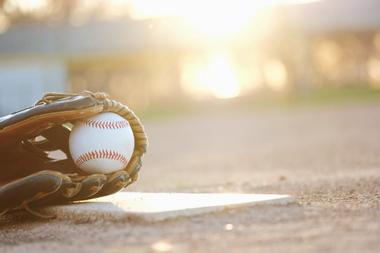 Community America Ballpark is part of an impressive complex that includes other sports facilities like the Children’s Mercy Field and the Kansas Speedway, as well as several places to eat, an outlet mall, the Great Wolf Lodge, the NASCAR Racing Experience, and the Hollywood Casino. The Community America Ballpark is a baseball stadium in Kansas City, Kansas and is the home field of the Kansas City T-Bones, a team in the American Association. The ballpark can seat up to 7,500 spectators, including the center field party area, the right field grassy area, the picnic area, and the concourse.

-- You are reading "Fun Things to Do in Kansas City, Kansas this Weekend with Friends" Back to Top


The Cider Hill Family Orchard welcomes families to come visit for the day and pick their own fruit, browse the charming cottage store, relax next to the fire pit, take a train ride or a hayride, or just simply take in the fresh air of the countryside. Apple season at Cider Hill starts in the latter part of July and runs until October. In addition to apples, the orchard also offers U-Pick for raspberries and blackberries in July and August, as well as asparagus in April and May. There’s even an Apple Wagon to transport visitors to the orchard.

-- You are reading "What to Do in Kansas City, Kansas this Weekend" Back to Top 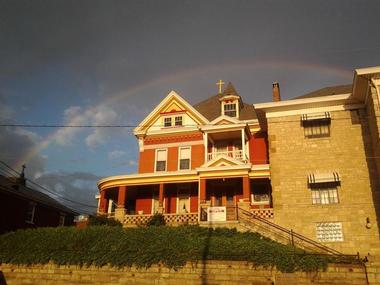 
Housed in an original 1887 Queen Anne style house, the Strawberry Hill Museum and Cultural Center is dedicated to preserving the diverse cultures of the area brought to Kansas City by Eastern European immigrants during the early part of the 1900’s. A variety of exhibits are hosted by the museum, covering dance, music, and original art from the many ethnic cultures, as well as over thirty rooms featuring unique displays. Several permanent exhibits highlight the heritage of a number of countries in Eastern Europe, such as Russia, Slovakia, Poland, Ukraine, and Croatia through toys, pictures, books, and more.

-- You are reading "Top Romantic Tourist Attractions in Kansas City, Kansas" Back to Top

-- You are reading "What is There to Do with Kids in Kansas City, Kansas" Back to Top

The Grace and Holy Trinity Cathedral in Kansas City, Missouri has been the “Cathedral Church for the Diocese of West Missouri” since the year 1935. The church evolved from two earlier existing parish churches: the Trinity Church and the Grace Church. These two churches were merged together in 1917 under Reverend Robert Nelson Spencer’s leadership. Reverend Spencer later became the Bishop of the Diocese of West Missouri. The Grace and Holy Trinity Cathedral was consecrated in May of 1898.

Modeled after Paris, France’s Arc de Triomphe, the Rosedale Memorial Arch of Kansas City, Kansas is a tribute to the soldiers who served the United States during World War I. The Arch was dedicated back in 1923 and was designed by John LeRoy Marshall, a resident of Rosedale. A monument was added later in 1993 in dedication to soldiers who served the country during War II, the Korean War, and the Vietnam War. Along with paying their respects for soldiers, visitors at the Rosedale Memorial Arch can also take in great skyline views of Kansas City, Missouri.

, Michigan beaches -- "Best Things to Do in Kansas City, Kansas for Locals & Tourists - Restaurants, Hotels" Back to Top 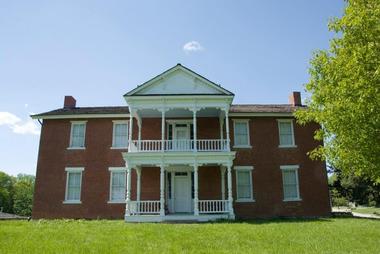 The Grinter Place State Historic Site is the former residence of Moses Grinter, who was one of the earliest pioneer settlers of the state of Kansas and responsible for establishing the very first ferry for crossing the Kansas River. It’s also believed that this Georgian Vernacular home, built back in 1857 on the Delaware Indian Reserve, may be the state’s oldest farmhouse. The Grinter Place State Historic Site provides a chance for visitors to step back in time to the days of frontier life in the Kansas City area. Many antique items can be seen throughout the house.

-- "New cool stuff to do in Kansas City, Kansas" Back to Top or Romantic Getaways

The Lakeside Speedway in Kansas City, Kansas is an asphalt, half-mile oval track that hosts a variety of races featuring several different types of racing cars, including Factory Stocks, USRA B-Mods, Grand Nationals, and USRA Modifieds. A part of the Kansas City community for over forty years, the Lakeside Speedway has hosted numerous national touring series. Races take place on a weekly basis, every Friday between the months of April and the month of October. While the racing here is unsanctioned, the speedway does follow the United States Racing Association, along with the International Motor Contest Association. 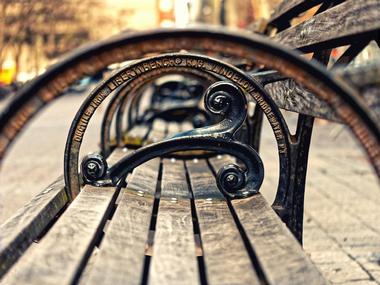 Penguin Park is a playful and fun park in Kansas City, Missouri that has a little bit of everything for families, ranging from the twenty-three feet tall penguin that kids can play inside of to the kangaroo slide measuring twenty-six feet in length. The park is more than three acres in size and is full of larger-than-life animal figures that decorate the grounds, including kangaroos, giraffes, elephants, and penguins. Penguin Park also contains a restroom facility, a covered shelter, and picnic chairs. Situated within the city’s Lakewood Greenway, which mostly consists of paved walking trails looping around a small lake. 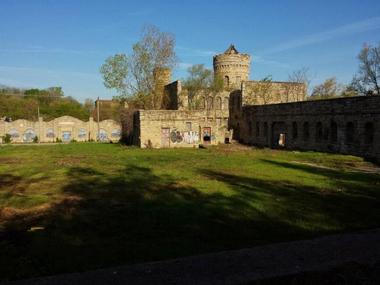 The Kansas City Workhouse Castle is a medieval-style building in Kansas City, Missouri that looks like something from another period of time from the exterior, however, the vacant interior reflects a more modern origin. This towered stone “fortress” along Vine Street dates originally back to 1897 and was called the “workhouse castle,” due to the inmates housed inside being put to work on local public works projects. The exterior design of the City Workhouse Castle was considered to be trendy during the time it was built, as well as gave the facility a more imposing air of authority.

-- You are reading "17 Best Things to Do in Kansas City, Kansas" Back to Top or Amazing things to do around me 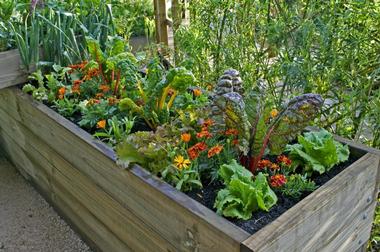 The 18 Broadway Urban Garden was designed by 360 Architecture and is the vision of DST Systems based in Kansas City. This urban rain garden was created as part of the city’s “10,000 Rain Gardens” initiative, established to harvest rainwater as a way to support the garden. The 18 Broadway Urban Garden consists of almost one hundred raised beds and five tiers as a community garden, producing an array of produce for several local food banks. The urban garden uses biofiltration systems for collecting, purifying, and reusing stormwater runoff, as well as generates power through a wind turbine and solar panels. 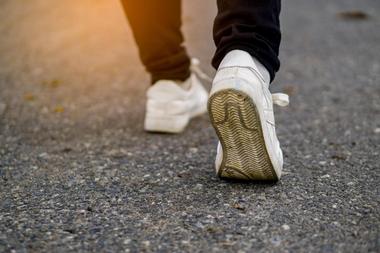 The Riverfront Heritage Trail in the greater Kansas City area is a fifteen-mile, fully-accessible pedestrian and bicycle pathway. The trail starts at the riverfront and then winds its way through the most historic and oldest parts of Kansas City, in both Kansas and Missouri. Designed to offer river access and to awaken an appreciation for the unique history of the area, the Riverfront Heritage Trail connects destinations, parks, and communities to dramatic public artwork and unique venues. The trail is also meant to provide youth development, fitness, and outdoor recreation opportunities, along with encouraging education and economic development. 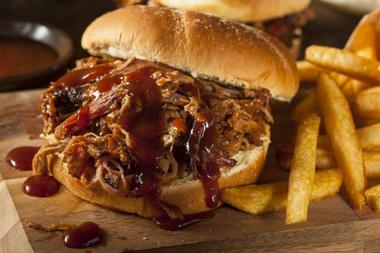 Founded by Arthur “King of Ribs” Bryant, Arthur Bryant's Barbeque claims itself to be the “home of the best barbecue in Kansas City,” and that certainly could be true. The local barbecue joint serves a variety of meats, smoked slowly with a combination of oak and hickory and mellowed to its peak of flavor before being splashed with the restaurant Rich and Spicy or Original Sauce, which are secret recipes. Arthur Bryant's Barbeque provides delicious barbecue to both locals and tourists in Kansas City. 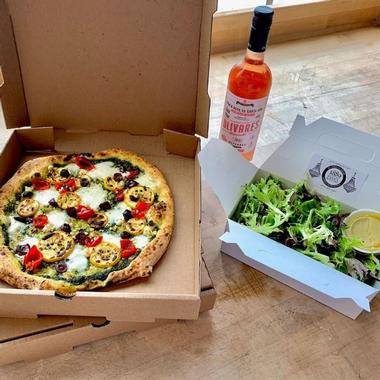 1889 Pizza Napoletana aims to provide the Kansas City area with the best quality Neapolitan pizza, cooked in a wood-fired Italian hearth oven and made with premium ingredients. The local eatery was founded out of Jason and Kelli Kolich’s love of both Kansas City and Italy, who both studied at the University of Kansas and abroad in Italy. 1889 Pizza Napoletana opened in June of 2016, bringing authentic, hand-tossed Neapolitan pizzas to the area, made with fresh mozzarella cheese and pizza sauce prepared with San Marzano tomatoes. The pizzas are cooked quickly in a true wood-fired pizza oven.

17 Best Things to Do in Kansas City, Kansas

You are reading "17 Best Things to Do in Kansas City, Kansas " Back to Top

25 Best Things to Do in Queens, New York

23 Best Things to Do in Saratoga Springs, New York