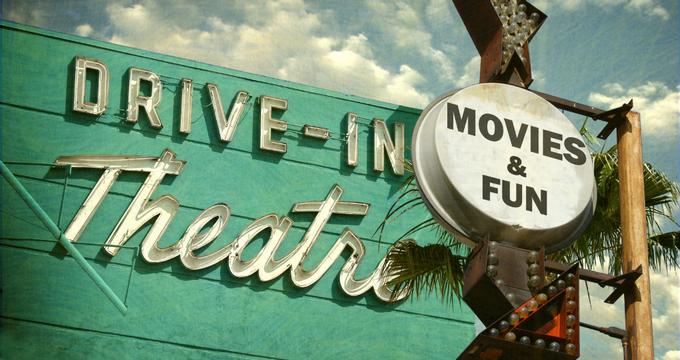 Back in the 1950’s, almost seventy drive-in movie theater were in operation in the state of Iowa. Since then, about ninety-four percent of those drive-in theater have closed. Now only four drive-in theaters provide residents and visitors alike with an opportunity to enjoy movies under the stars, just like how movies were enjoy during the “good old days.” It’s not just historic drive-ins in Iowa, however, as the Blue Grass Drive-in is a newer outdoor movie theater, having opened more recently in 2014. This gives hope to the idea that drive-in theaters will continue to exist in the state.

The Blue Grass Drive-in Theater is one of the newer drive-ins in the state of Iowa, as well as the United States. Opening in 2014, the drive-in is representative of a more modern outdoor movie theater. The drive-in was constructed by a family who has a history of owning drive-in theaters. There are currently two large outdoor screens that show current releases of major films, with plans to add additional outdoor screens later down the road. Customers are not allowed to bring in any outside beverages or food. The Blue Grass offers different group packages, as well as specials for birthday parties. 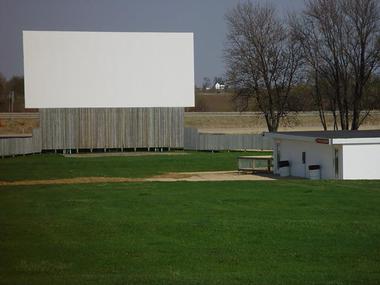 The 61 Drive-in movie theater is the smallest remaining drive-in theater in the state of Iowa. It is also one of the smallest of the remaining drive-ins anywhere in the country of the United States. The outdoor movie venue can accommodate up to around one hundred and eight cars on any given night, and has been in nearly continuous operation since it originally opened back in the year 1950. The only year the drive-in was closed was in 1988. The 61 Drive-in uses digital projection to show double features of current films, and provides sound through FM radio. 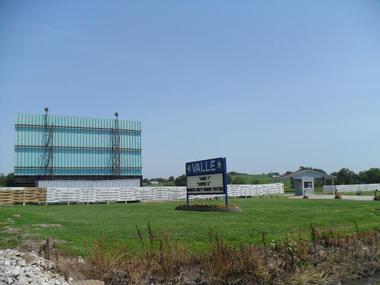 Originally opening back in the year 1948, the Valle Drive-in is the oldest surviving drive-in theater in Iowa, and has been through several different owners. The movie theater is open on a seasonal basis and screens double features on the nights that it is open. It is also one of only a few drive-in theaters left that allow customers to bring their dogs, as long as the dogs are leashed when not inside the car. The Valle Drive-in is also one of the very few drive-ins that specifically allows guests to bring alcohol onto the grounds of the drive-in. 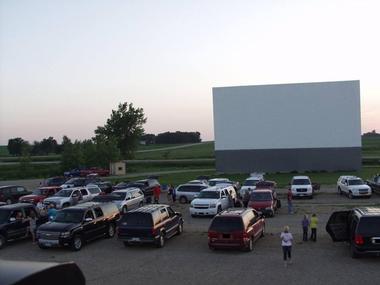 A relatively newer drive-in movie theater in Iowa is the Superior 71 Drive-in. Built in the year 2008, the outdoor movie venue is located on what used to be a farm field by Pam and Gaylord Kemp. Most of the Superior 71 was built from the ground up. The exception is its large outdoor movie screen that measure fifty-five feet by ninety feet, which was acquired from a different drive-in theater that had closed in 1979. The Superior 71 screens double features only on the weekends during its off-season, and every night during the week during the summer months.

7 Best Things to Do in Waterloo, IA

25 Best Things to Do in Dubuque, Iowa

20 Best Things to Do in Davenport, Iowa